Just returned from my Japan trip earlier this week, not to mention getting sick in the process, so I’m still playing catch up with the slew of announcements and reveals that happened during this period. Will also post trip-related stuff in the next couple of days. In the meantime, here’s something interesting. 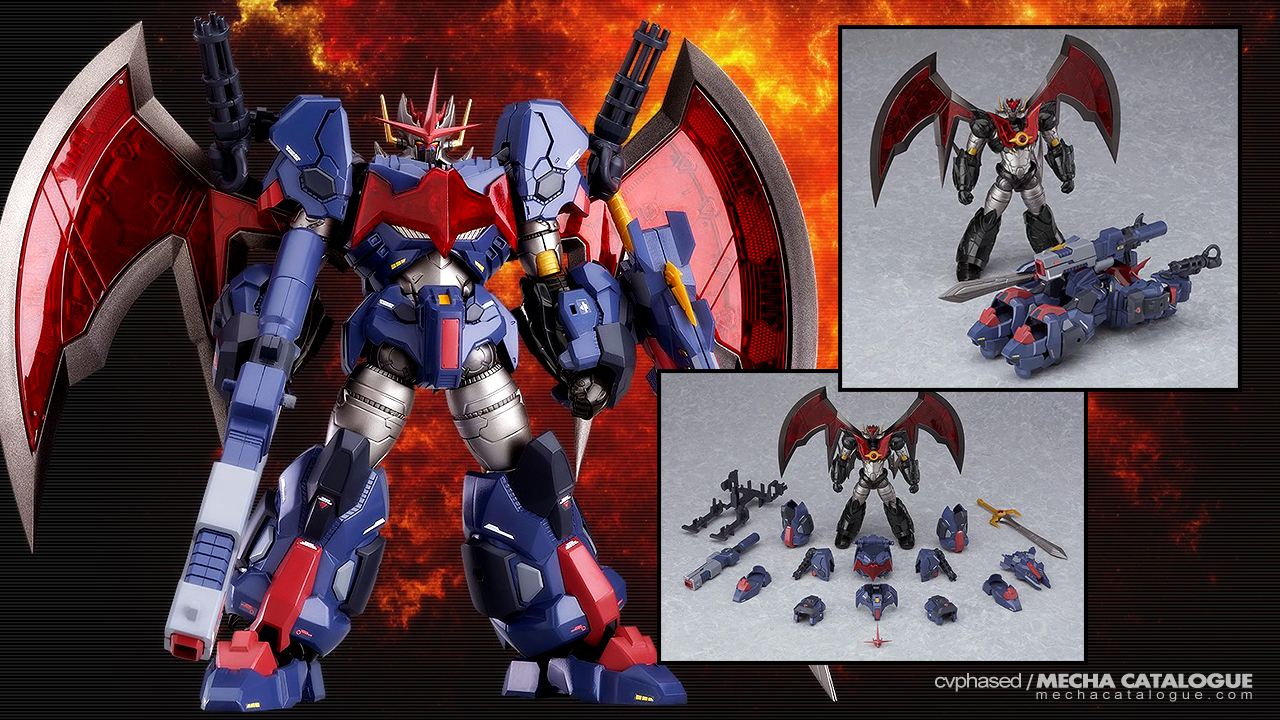 Just when you thought Good Smile Company is already done with their trifecta of Mazinkaiser model kits, think again as it’s making a return and bringing with it another homage to an older series. This is the MODEROID Armed Mazinkaiser Go-Valient, a full armor variant of the first Mazinkaiser kit with design cues taken from Psycho Armor Govarian. The armor can be purged from the Mazinkaiser unit and combined into the Valiant Dagger vehicle unit.

Good Smile Company is also providing two options to get this set. Those who already have the first Mazinkaiser release can opt for just the armor components with the Valiant Dagger set. Likewise, a complete Armed Mazinkaiser Go-Valiant set will also be available for purchase.