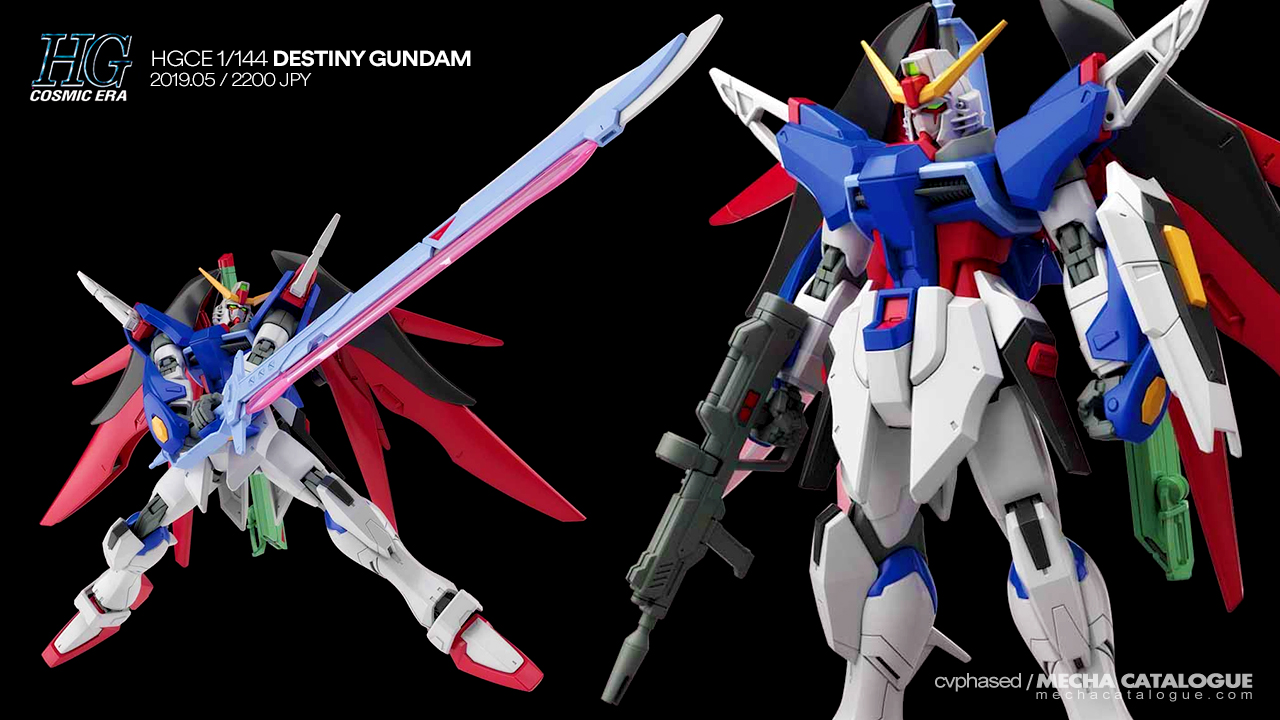 Here’s something that would make you feel old. 2019 marks the 15th broadcast anniversary of Mobile Suit Gundam SEED DESTINY and all the hate that it has received ever since. Fan opinions on the writing aside, the Destiny Gundam is one of those designs that you’ll probably hate at first as well but would ultimately be appreciated for what it tried to accomplish. The original High Grade it got back then is already very dated by today’s standards so it’s a good candidate to get the ‘revive’ treatment. (Then again, there are a lot of kits more deserving of updated versions — HGUC GP01 or NT-1 — but I digress.) Bandai Spirits has started solicitations for this kit and released more information regarding features and the stuff that it comes with. 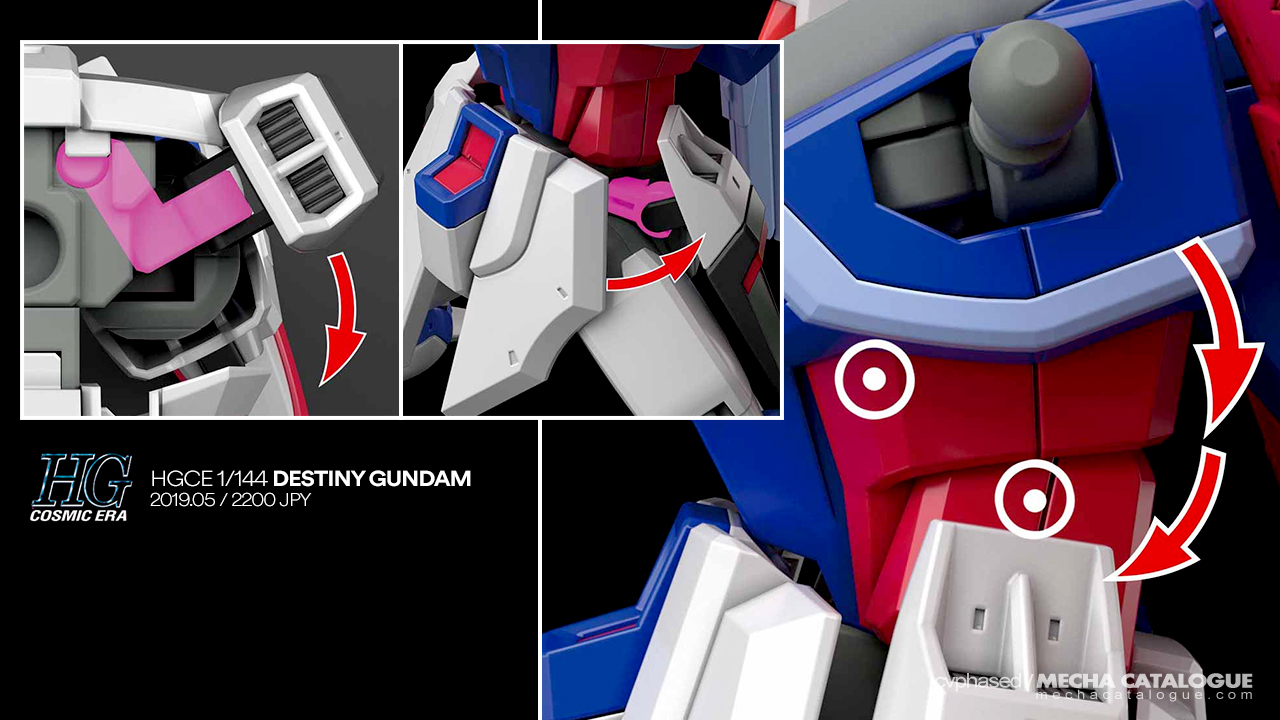 For starters, it won’t take the HGCE Strike Freedom Gundam route and would include effect parts for the “Wings of Light” and the Palma Fiocina attacks, as well as its anti-ship sword, beam boomerangs and beam shield. To replicate its bent forward stance when attacking, two points of rotation have been placed on the torso unit coupled with forward extending shoulder joints. The side armors also utilize a new connection to the rear armor that provides clearance to the leg units when extended back. Hopefully this would be implemented in most modern High Grades moving forward.