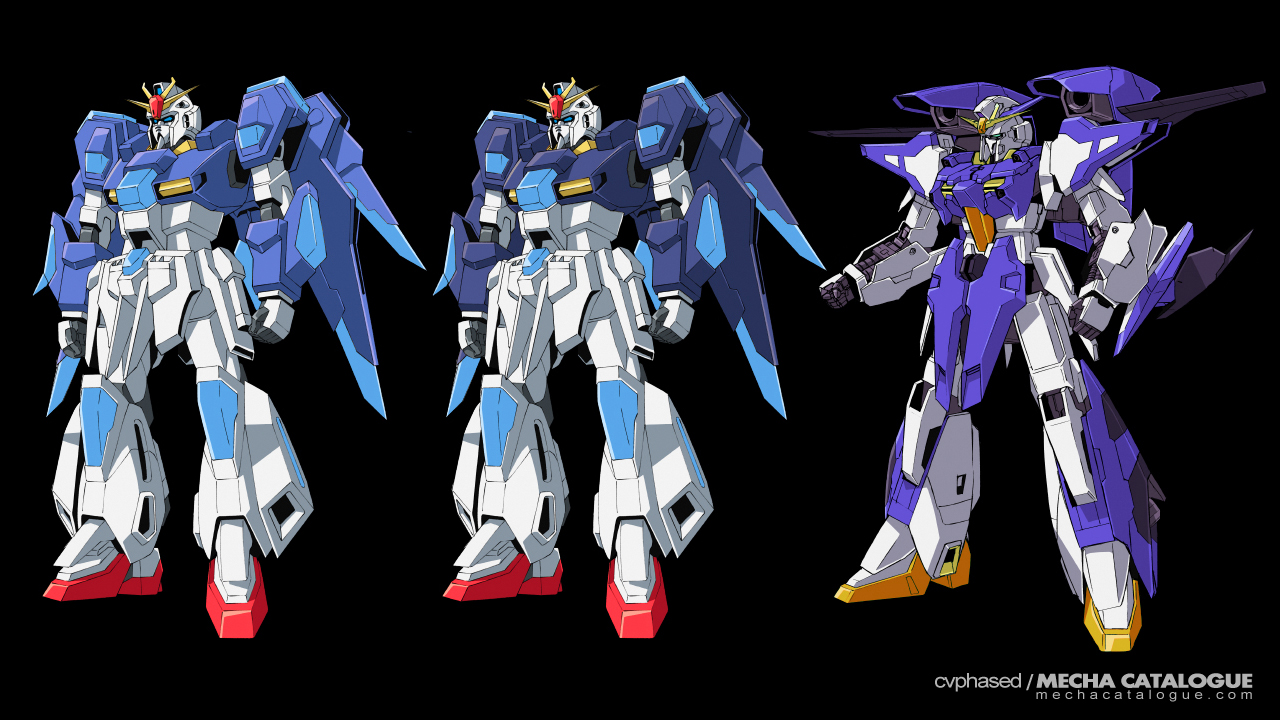 I found myself interested at the designs of both the Scramble Gundam (yes, even that lame thing) and the A-Z Gundam when they were revealed, but not so much of their color schemes — especially the former. As such, I concocted custom colors for these two that are loosely inspired from the vanilla Gundam tricolors as I primarily collect lead/titular Gundams. These color schemes also give insights on my color preferences, mainly my disdain for orange and anything pastel.

As 2019 rolls in, one of my goals is to eventually build these two kits in these colors. The Scramble Gundam would have all orange parts (well most of it IS orange) be painted in blue like the Gundam Ground Type-S I recently finished while the A-Z Gundam would have colors similar to Gundam AGE II Magnum using the same paint as my custom Cathedral Gundam.