Bandai Hobby Division has already released two kits, albeit both online and on-site exclusives, of the RX-78F00 Gundam from Gundam Factory Yokohama. Both kits aren’t exactly the best and would require some effort to be accurate to the life-sized model but they do look good nonetheless. But for those who don’t have the time or patience to build these model kits, you’re in luck as Tamashii Nations has announced two figures that would be great alternatives to the model kits, each having their own set of features and gimmicks. 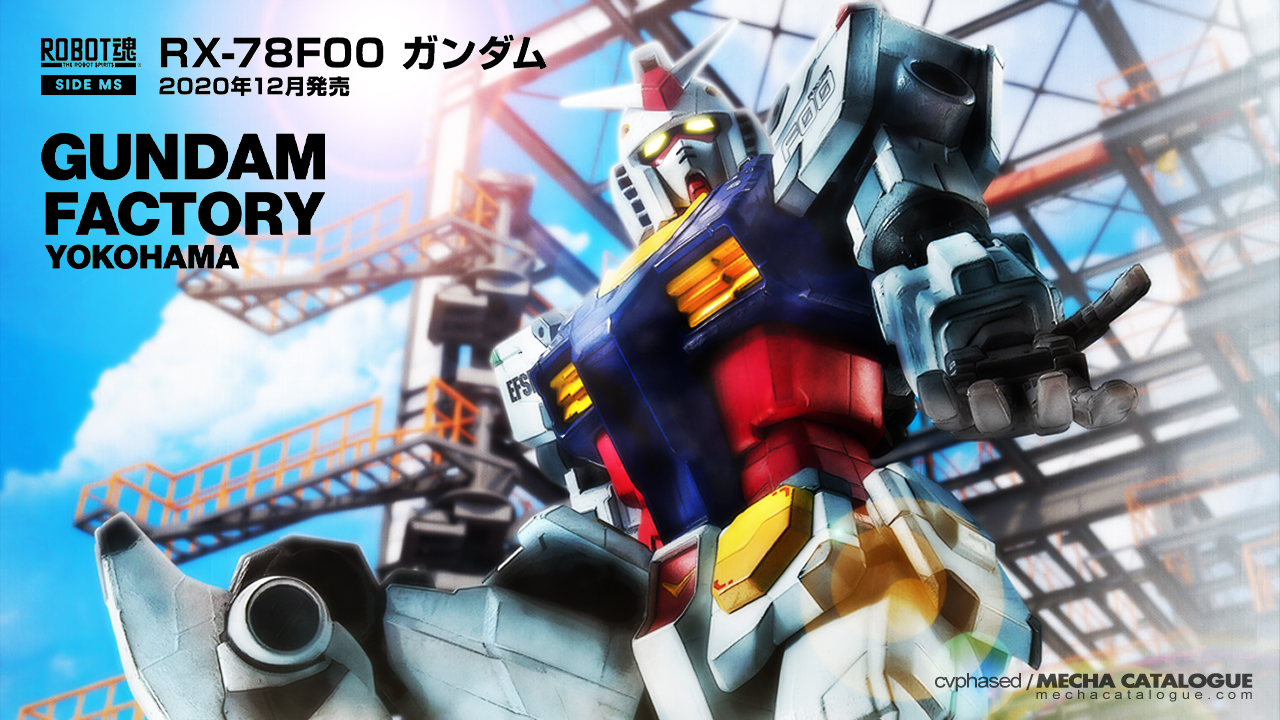 Those who collect 1/144 scale or generally desktop-sized figures may opt to get The Robot Spirits ⟨Side MS⟩ RX-78F00 Gundam. These figures are generally known for their great detail and articulation so I’m not really surprised that we got the RX-78F00 in this line. 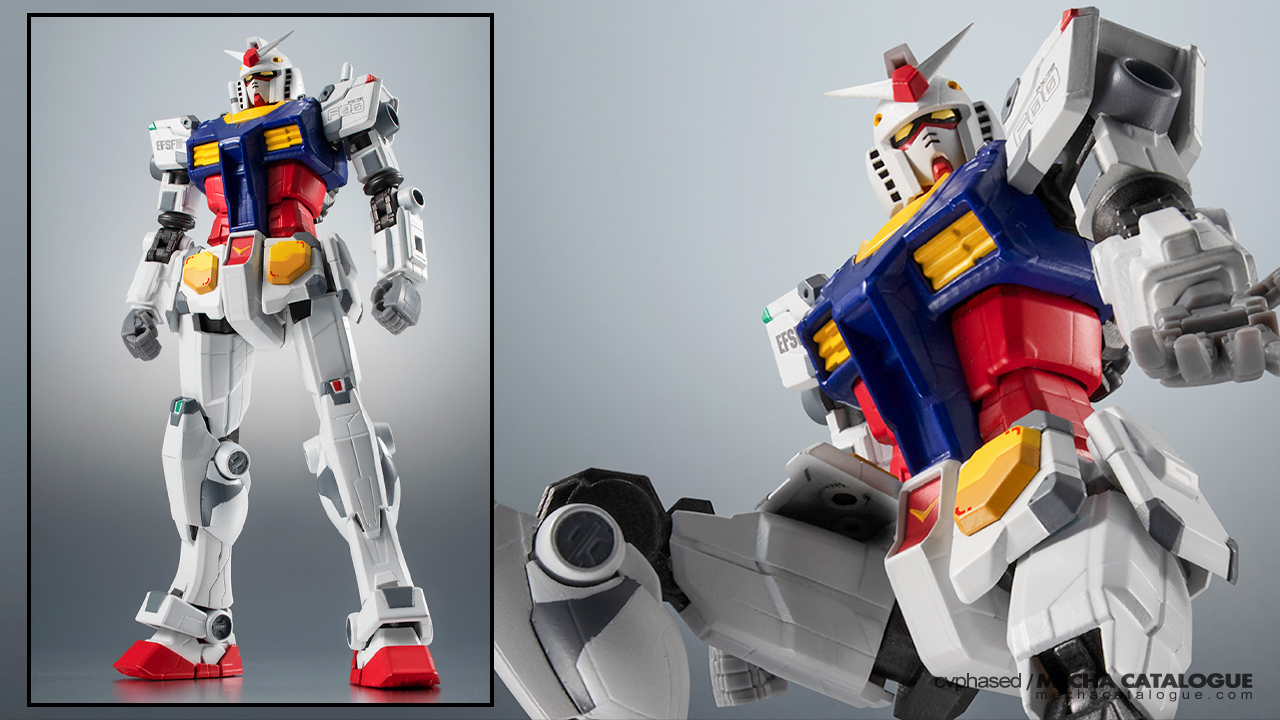 What I was surprised, though, is how they decided to cheapen out on the paint applications. One of the reasons why the model kits required more effort to build than usual is the multiple tones of white, blue, and yellow used in the actual design. And given that the kits aren’t from the best grades from their respective scales, you will have to paint those shades yourselves. For this figure, Tamashii Nations did apply the darker grays on the white parts, as well as the other yellow tone on the skirt armors. But they didn’t do anything with the blue parts, as well as the lighter gray on the white parts. Couple this with the unapplied panel lines give an impression of a cheaper figure. 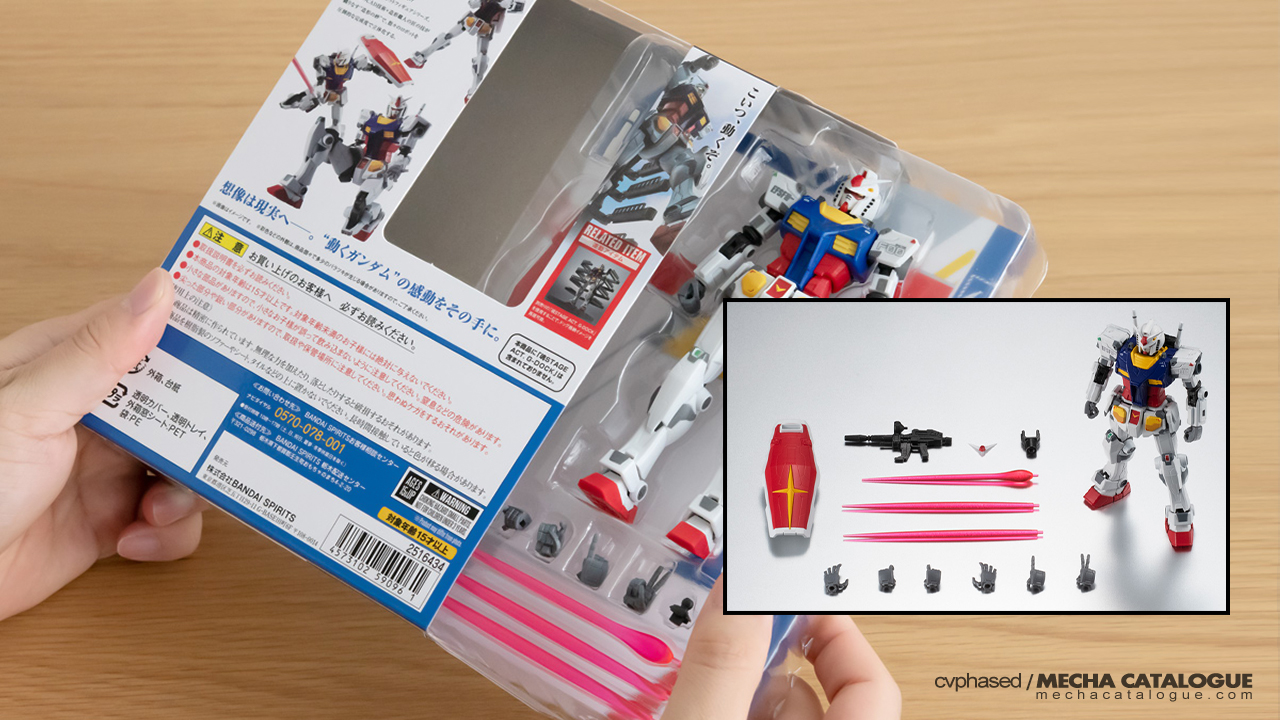 What they didn’t cheapen out on are the accessories. It comes with the usual load out of weapons like the beam rifle, beam sabers, and its iconic shield. It also includes multiple replacement manipulators and a spare v-fin in case you break yours for some reason. Lastly, it uses the same reverse window packaging that figure from the line are released nowadays. Overall, not exactly the best representation of the RX-78F00 Gundam but those who want a representation without building a kit should definitely get this one. It’s also compatible with the separately sold Tamashii Stage Act.G-Dock to recreate the scene from Gundam Factory Yokohama. 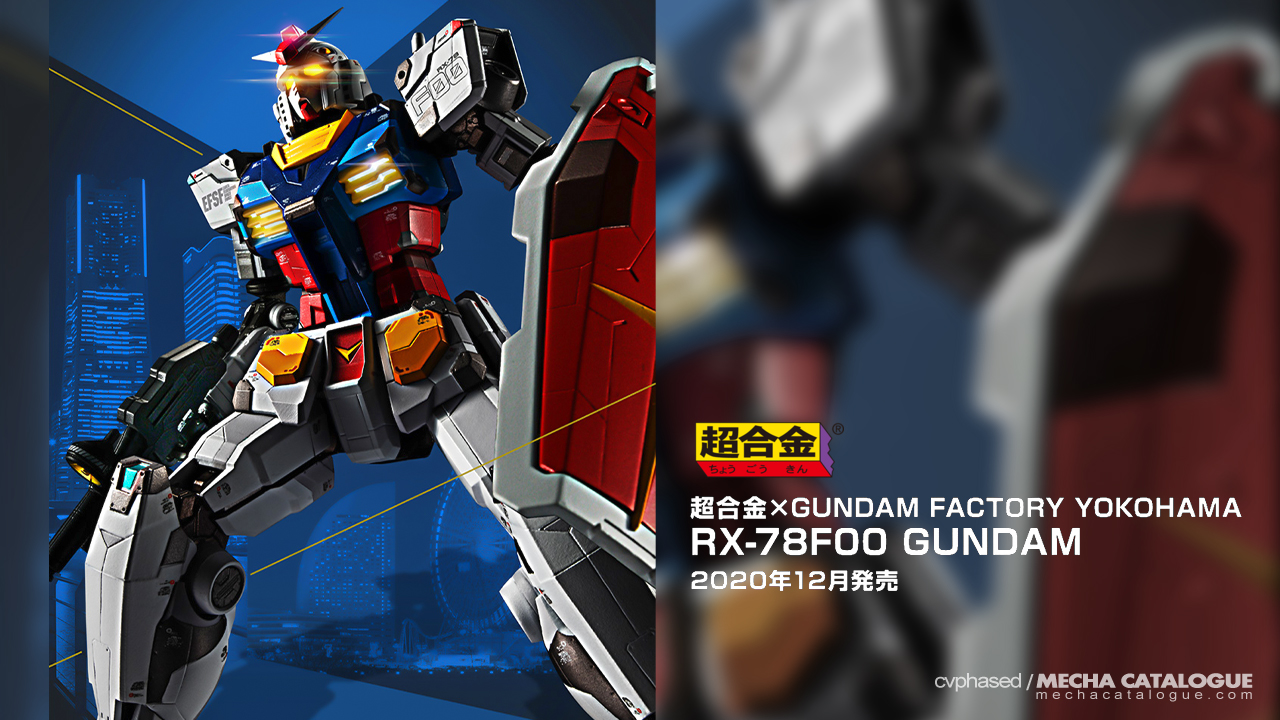 Those who wanted a larger, and better figure overall, may opt to get this one instead, the Chogokin Chogokin ✕ GUNDAM FACTORY YOKOHAMA RX-78F00 Gundam. While it ain’t a Soul of Chogokin release, you’ll still get the best that the Chogokin line has to offer. 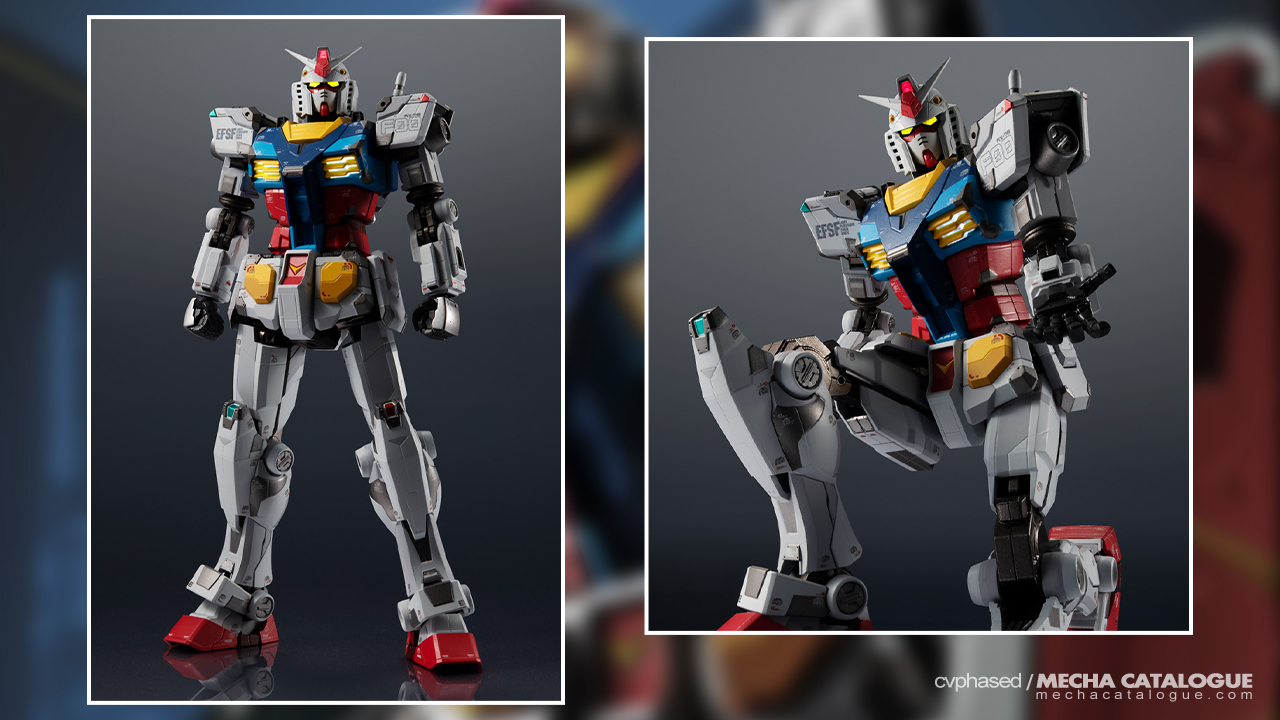 For starters, I think this is the only figure that accurately captures the multiple shades of white, blue, and yellow that the life-sized model has. Being a Chogokin figure, it naturally has die cast content that adds more to its premium feel. It also includes electronics as both the sensors on the head unit, as well as the chest vents light up, possibly mimicking the light up gimmicks seen in the life-sized version. 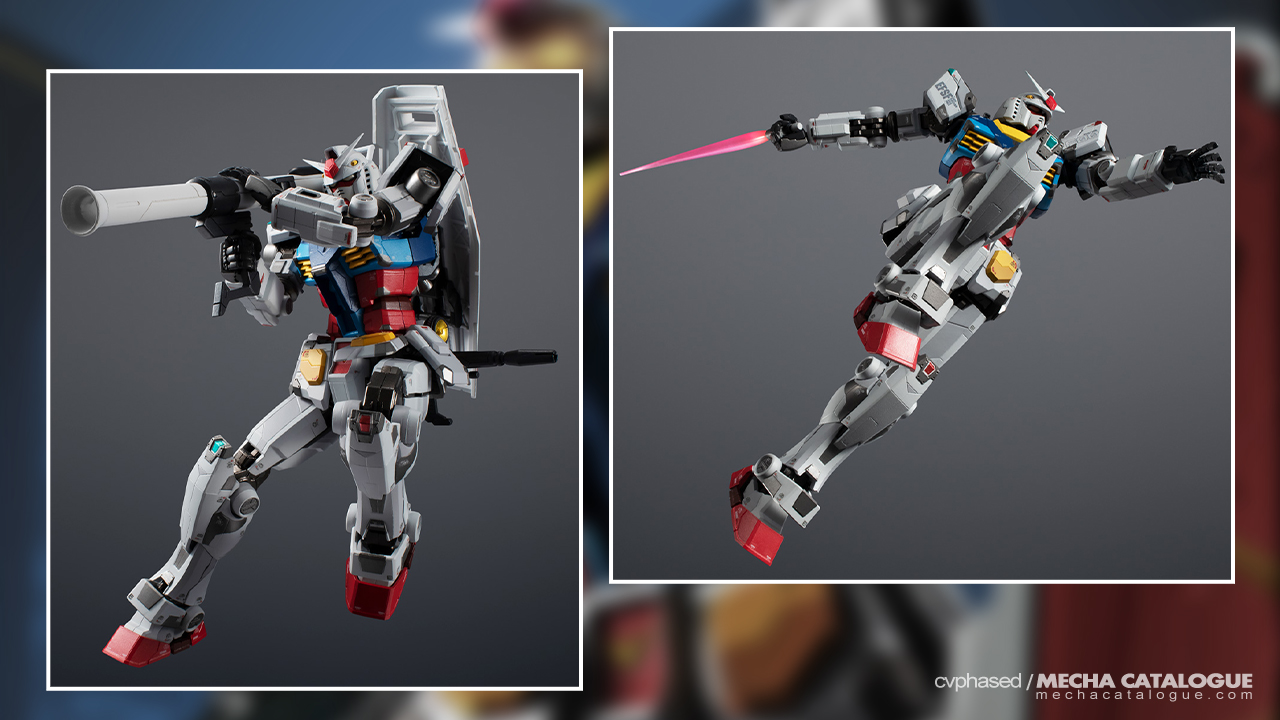 It doesn’t cheapen on the articulation either as this has poseability that’s comparable to Soul of Chogokin releases. It also has some sliding armor gimmicks that give a better sense of realism. This, coupled with the die cast content, provides smooth yet stable movement, especially for those dynamic poses. 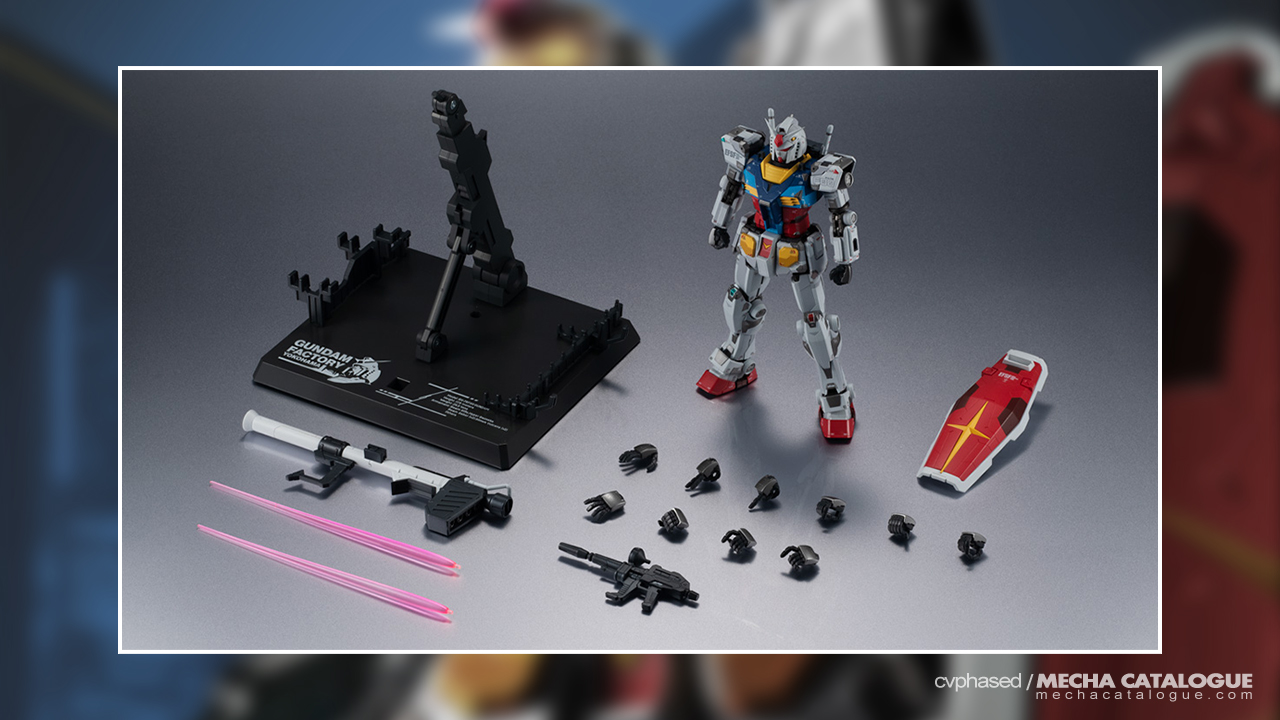 Finally, it comes with the same set of accessories as The Robot Spirits version and adds more. The set also includes the Hyper Bazooka, as well as a display stand that, while not looking like the G-Dock in Yokohama, still looks premium and would allow you to display the figure in aerial poses. So if you want to have the best representation of the RX-78F00 Gundam, then the Chogokin version is for you.

There you go, if you’re not into building Gunpla, then you still have options on getting the RX-78F00 Gundam. Do take note that these are Tamashii Web Exclusives so pick your preferred middleman service and pre-order yours now. Oh and outside of Bandai Spirits, Bandai Candy is also cashing on the Gundam Factory Yokohama trend with Gundam G-Frame, FW Gundam Converge, and gashapon releases. Basically, there’s an available RX-78F00 Gundam regardless of your collecting preference.