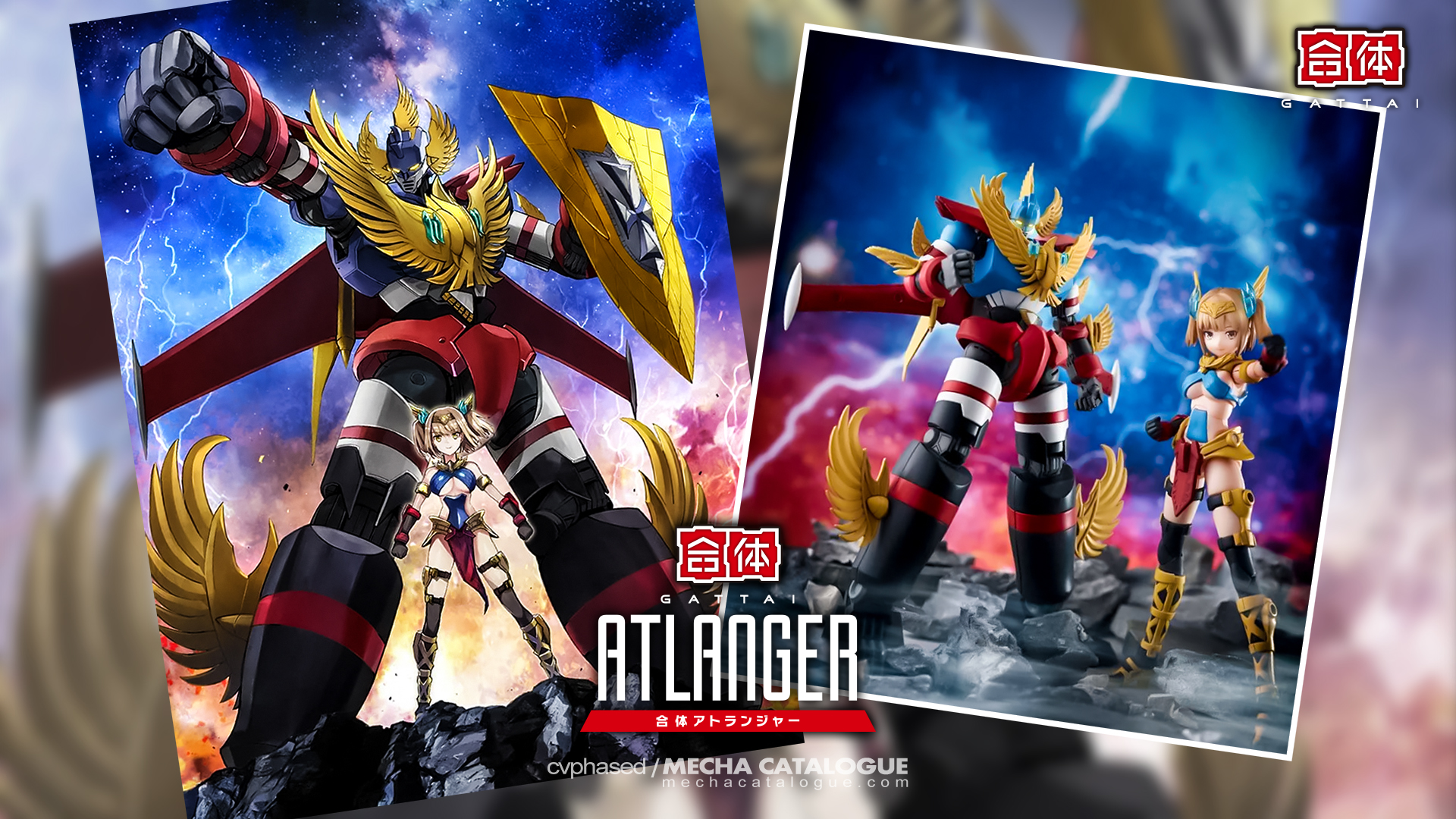 Last April, Aoshima announced the Gattai series of combining and transforming model kits. This concept is based on an older line in the 70s or so which also featured the same gimmick. Development was continuing on this line despite everything happening in the world right now and they have revealed more details on its first offering, Gattai Atlanger. Let’s take a look at these previews which made me more curious after I initially saw them. 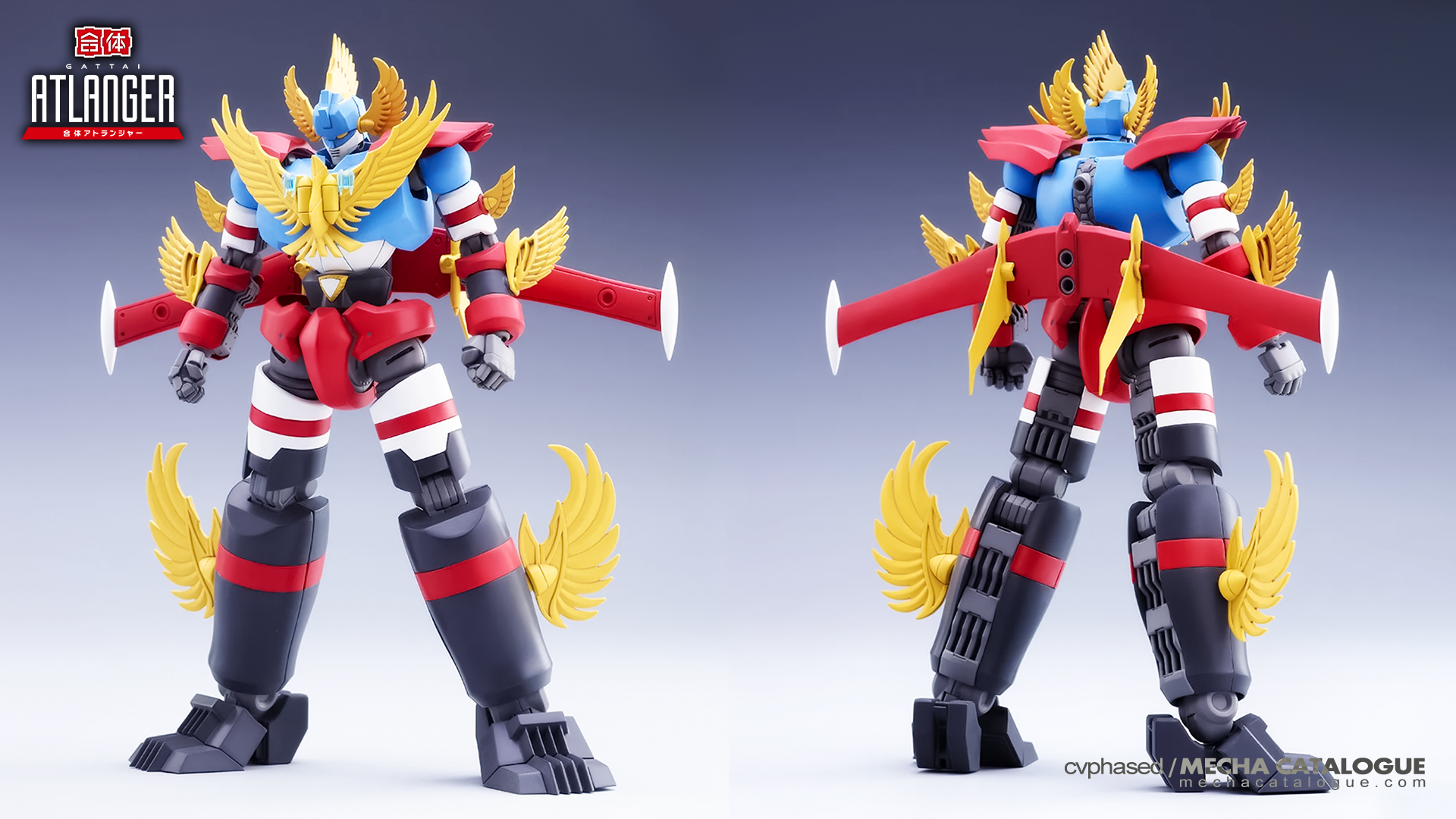 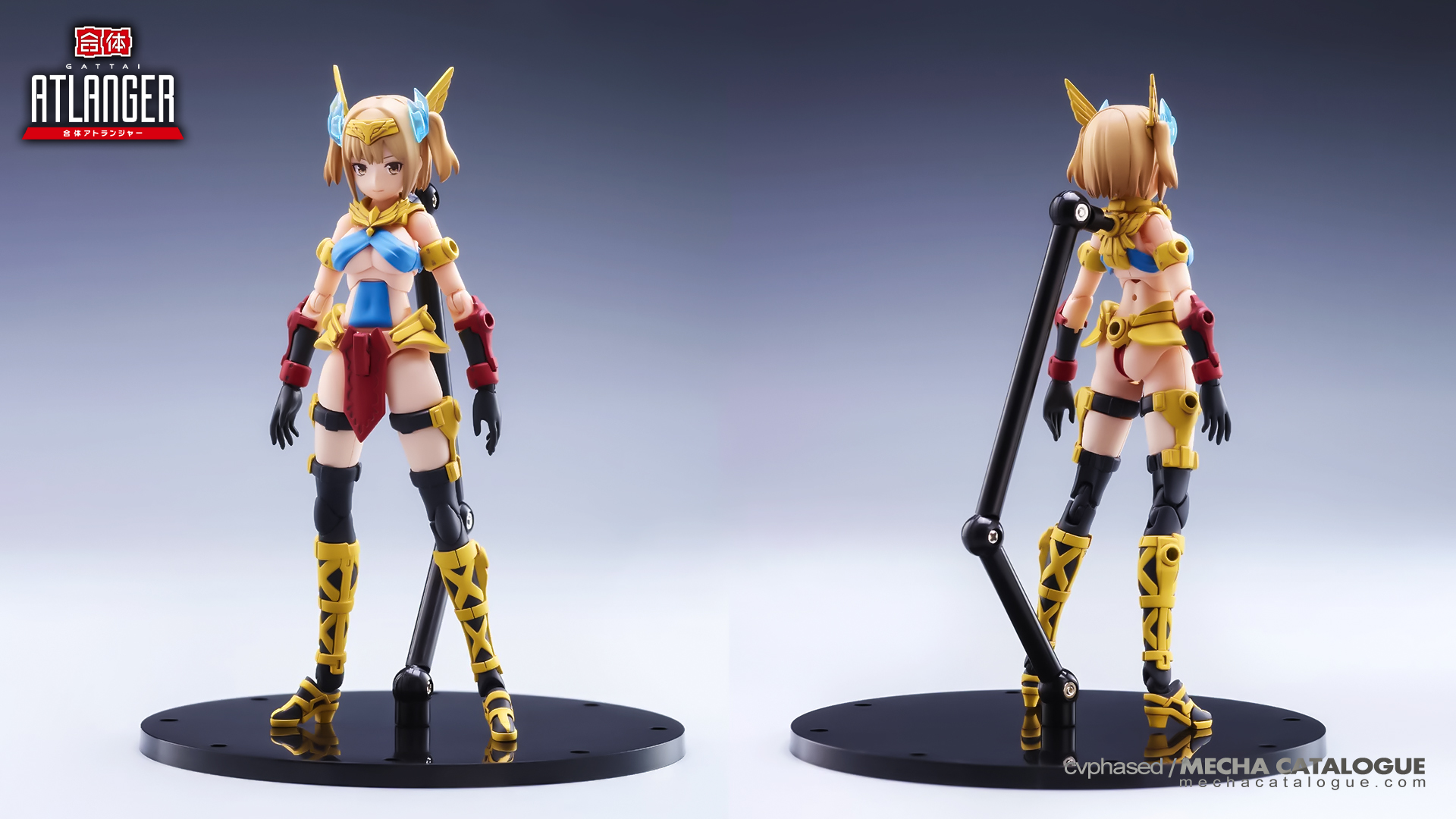 Gattai Atlanger is a set comprised of two kits, first is Atlanger which is a more traditional mecha model kit, and the other is Hotaka Atli, their take on the mecha musume trope which has gained a lot of traction thanks primarily to Kotobukiya’s offerings. Both kits feature multi-colored runners and snap fit assembly. Atlanger stands at around 170 mm while Hotaka Atli is at roughly 140 mm, typical for today’s standards. Atlanger is constructed around an internal frame that takes care of its articulation. It also contains multiple hardpoints for attaching the outer armor bits, and is compatible with armor parts for future releases in the line. 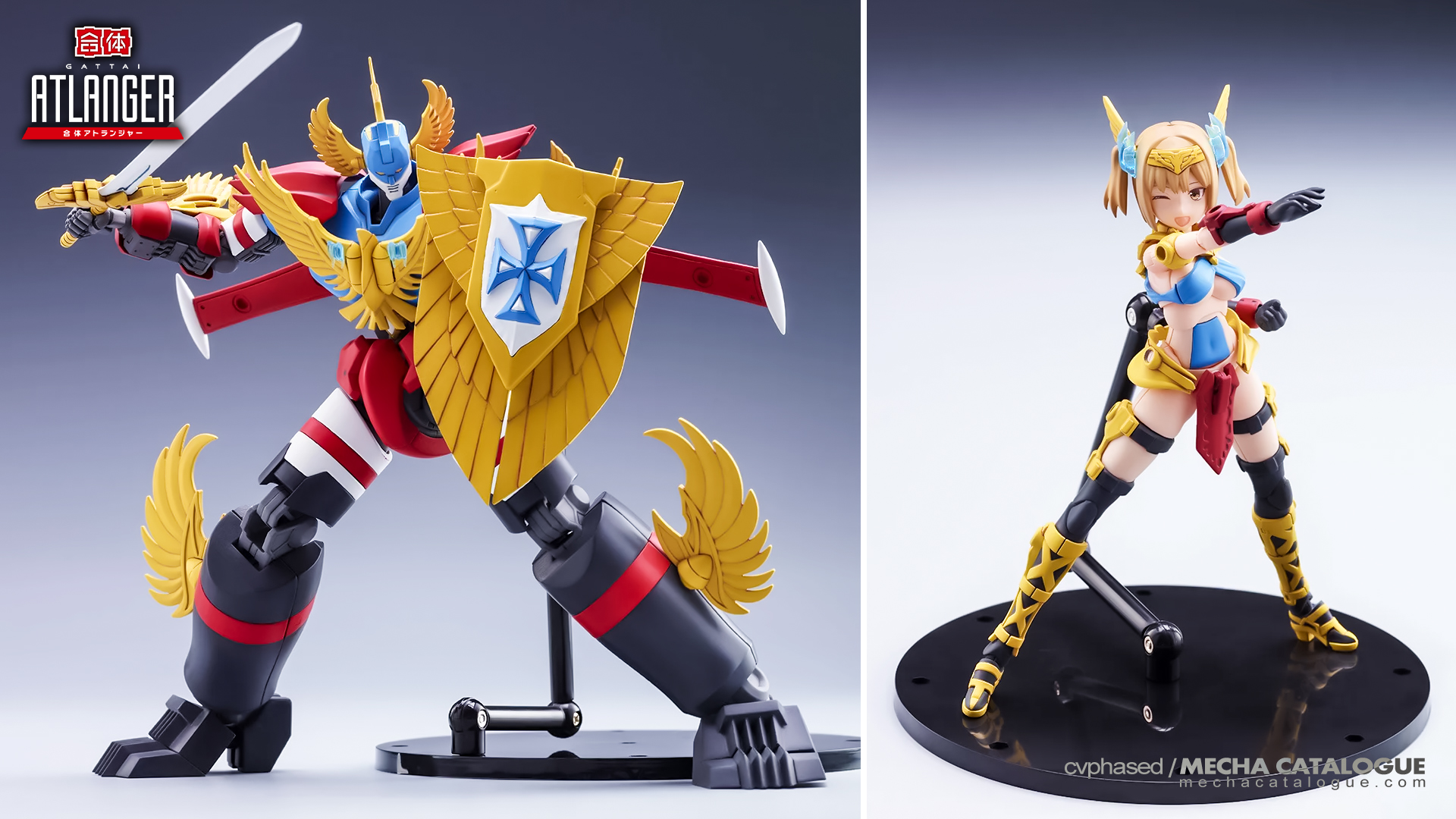 Speaking of articulation, the internal frame of Atlanger allows it to replicate good fighting poses and is complemented by the included weapons and accessories. These include the Broken Cutter (sword), Miracle Defender (shield), and Red Wing (flight unit). That said, these sample images doesn’t show very dynamic poses and we’ll have to see that once the kit is released. As for Hotaka Atli, I think it’s safe to assume that her articulation is more or less the same as Aoshima’s V.F.G. (or Variable Fighter Girl) line. You can also see that Hotaka Atli has a multiple hardpoints all over her body, but more on that later. 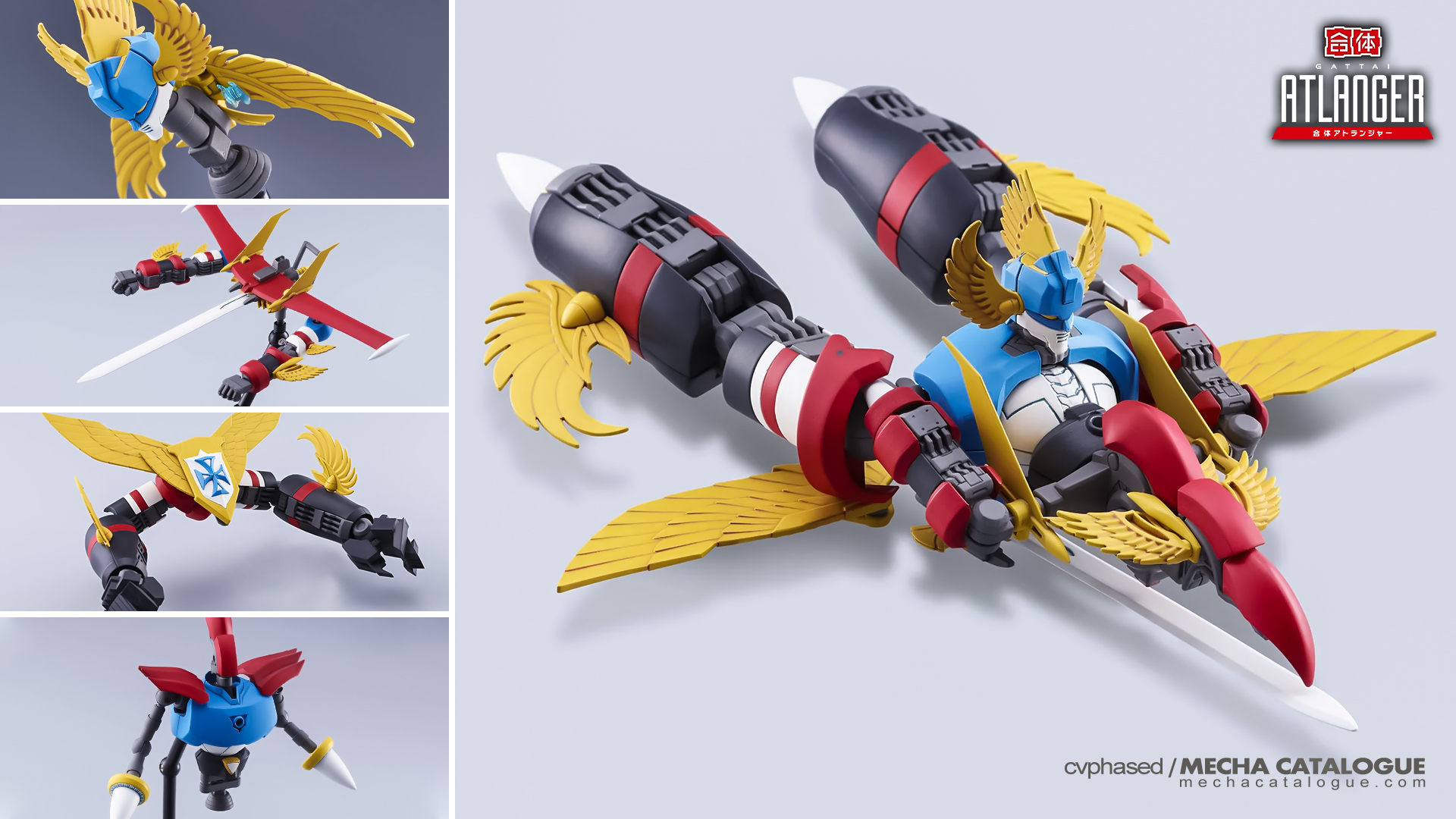 With a line named "Gattai" you must expect some form of transformation or combination with this kit, and here it is. Atlanger can separate into four components as seen here. They are Grand Tiger which is primarily the head unit, Red Clipper which is made up of the arms and flight unit, Target Carrier which is the lower torso and leg units, and Mighty Bird which is mostly the upper torso unit. Honestly, these parts look like more of after thought modes, but Atlanger’s flight mode transformation actually looks feasible. 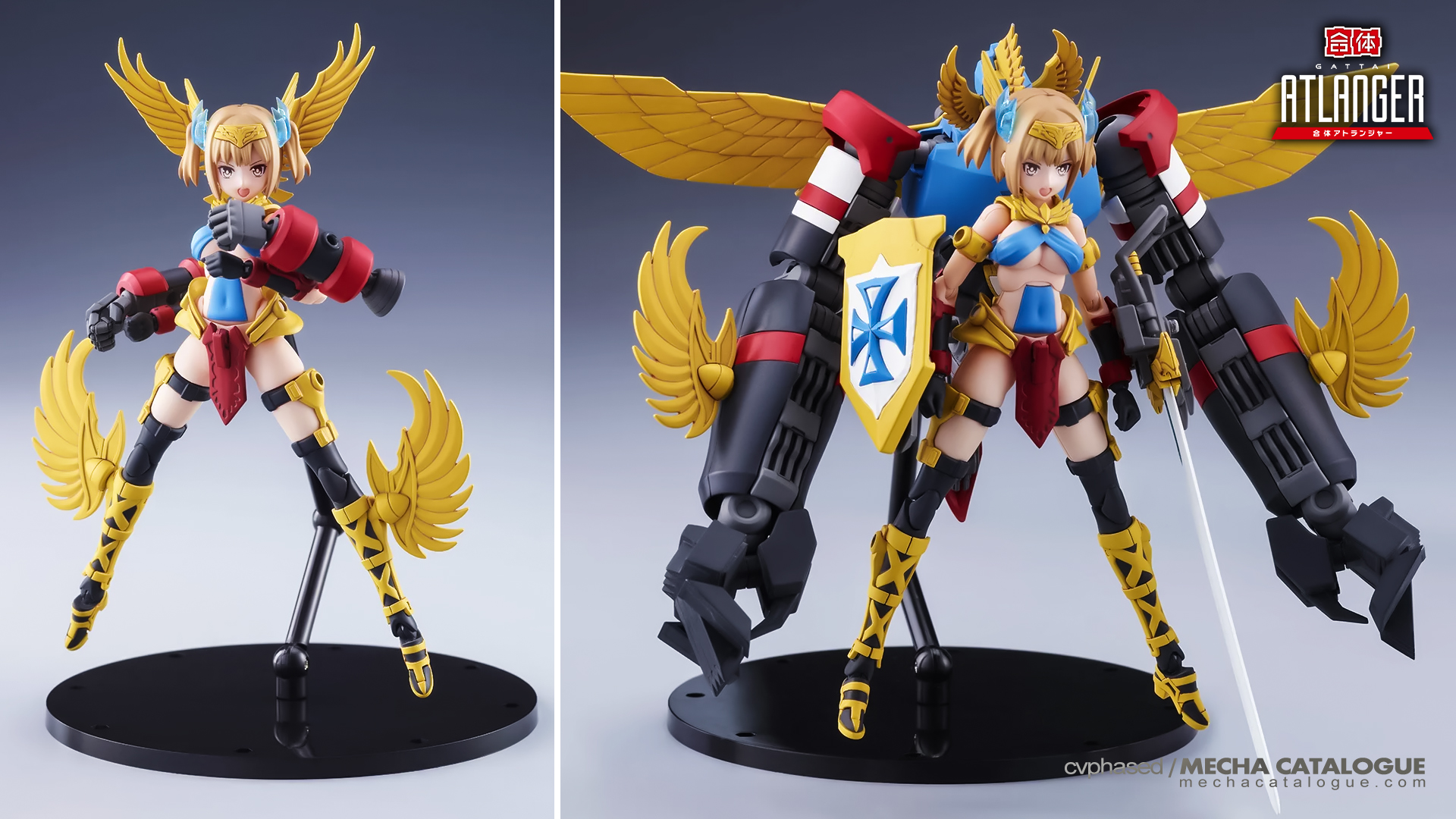 The last gimmick for this set, and probably the whole line itself, are the cross compatibility of parts between Atlanger and Hosaka Atli. As mentioned, the latter has multiple hard points all over her body that you can attach parts from Atlanger, and possibly, parts from other kits in the line. This expands the play pattern of this set as you can customize your builds to mix and match parts from various kits in the line. Shown here are some configurations but I bet you can do more with the options provided.

The post title clearly reflects my feelings about this set. I’m now quite curious of how this will turn out despite having not built any Aoshima kit in the past. It also makes me curious of the next releases in their Gattai line. But until then, we’ll just have to wait for Gattai Atlanger to be released.