Further cementing it’s status as the flagship Gundam for Bandai Spriits, we are getting yet another Master Grade of the Unicorn Gundam. But this ain’t just any Master Grade, this is MGEX or Master Grade Extreme! Yeah, you can read that in whatever way you want but this is the next evolution of the Master Grade line. They also released a video, in English, to explain what makes the MGEX line… extreme… and what new features we’re getting with this new Unicorn Gundam kit.

Not minding the borderline funny narrator voice, the video clearly explains the improvements in this new kit. This is like the HG Beyond Global kit but for Master Grades. The video explains that every Master Grade grade has four fundamental features:

The MGEX line adds another, the conveniently named Extreme Point and is essentially a key feature specific to a Mobile Suit. For the Unicorn Gundam, it is the "Extreme Luminous System", a concept first introduced in the non-transforming and non-articulated RG Unicorn Gundam (Lighting Model). 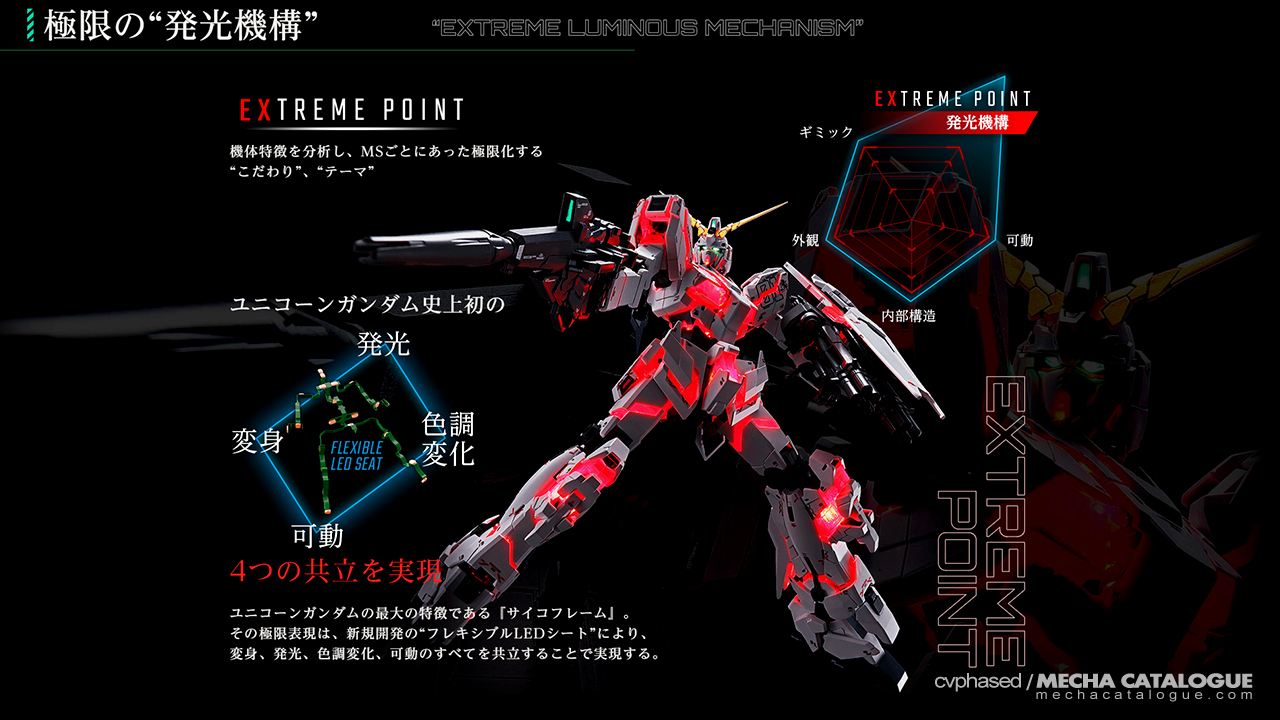 Utilizing a new flexible LED wiring sheet, the kit is able to have the "Extreme Expression of Psycho Frame". In other words the Psycho Frame can light up and change colors without compromising the transformation and articulation of this Unicorn Gundam. The lighting feature extends to the Shield Funnels though you’ll have to wonder how that function works. 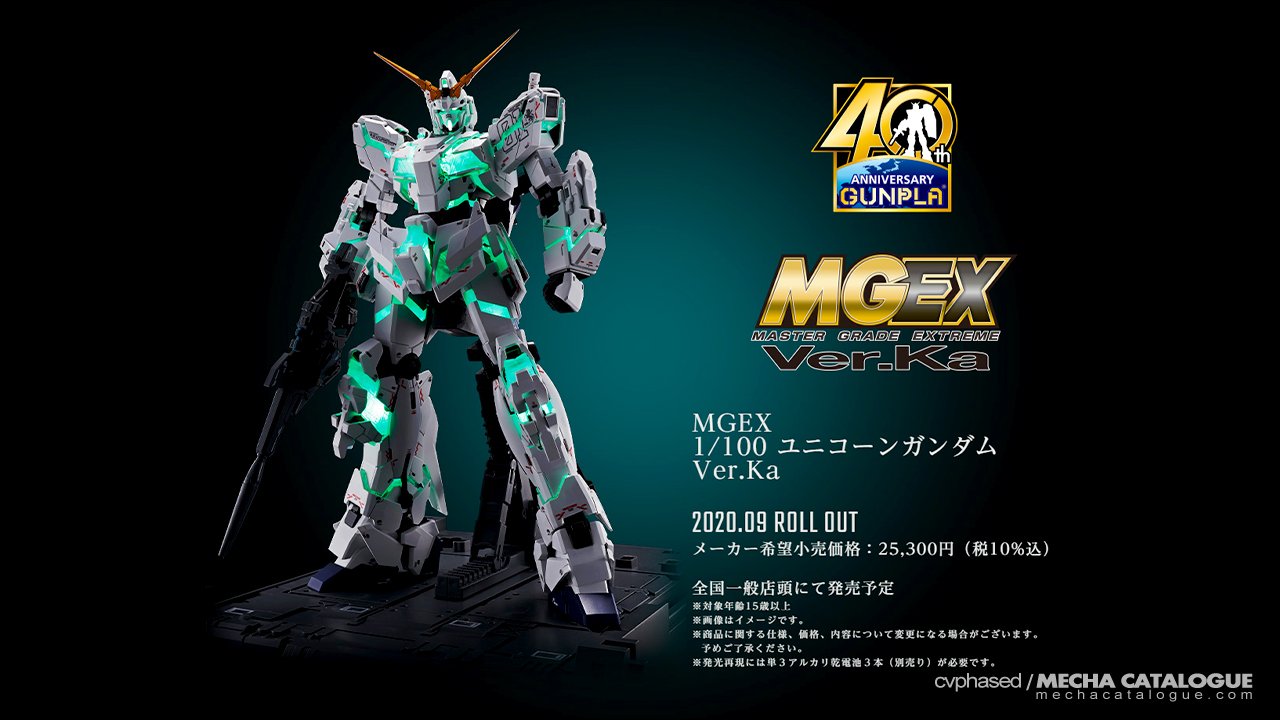 I’m not really a Master Grade collector but I can imagine this announcement might bring up similar reactions to the MG Wing Gundam Zero EW Ver.Ka announcement a month back. But if you’re a fan of the Unicorn Gundam and isn’t looking forward to building one of the many kits already released, then this one might be for you. Though it comes with a hefty price tag.

One thought on “That Moniker is so 90s: MGEX Unicorn Gundam Ver.Ka”