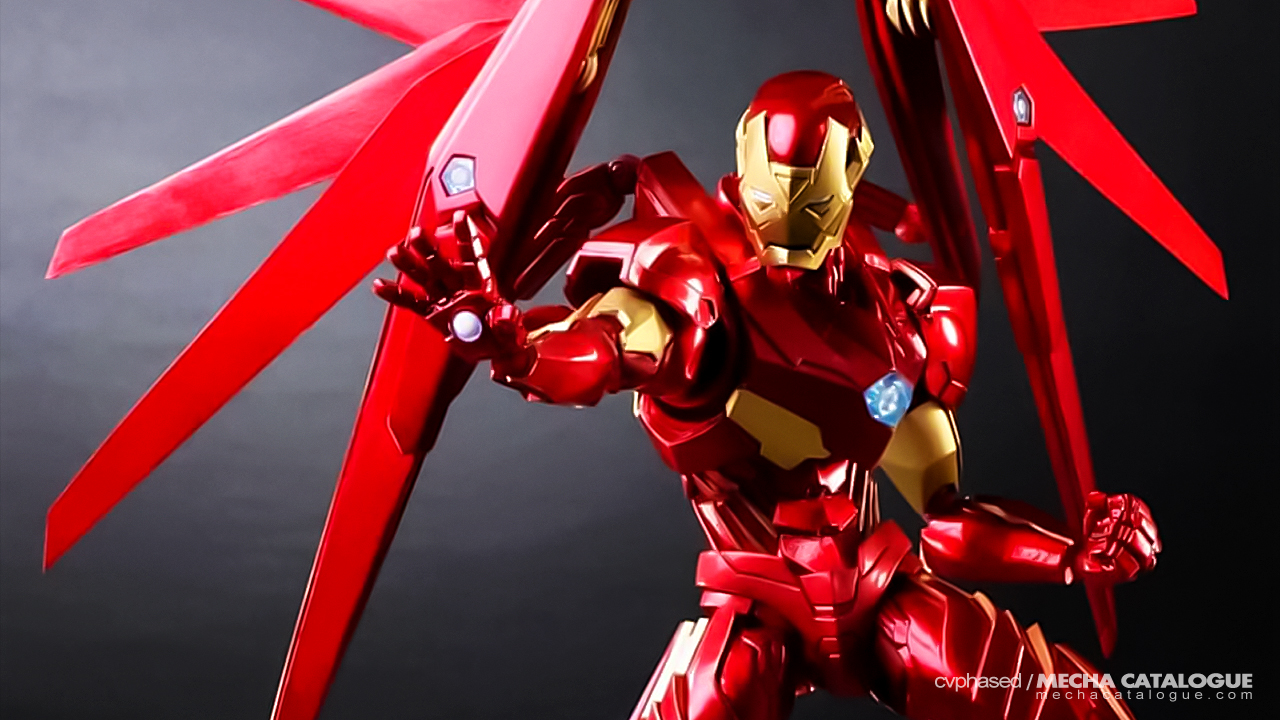 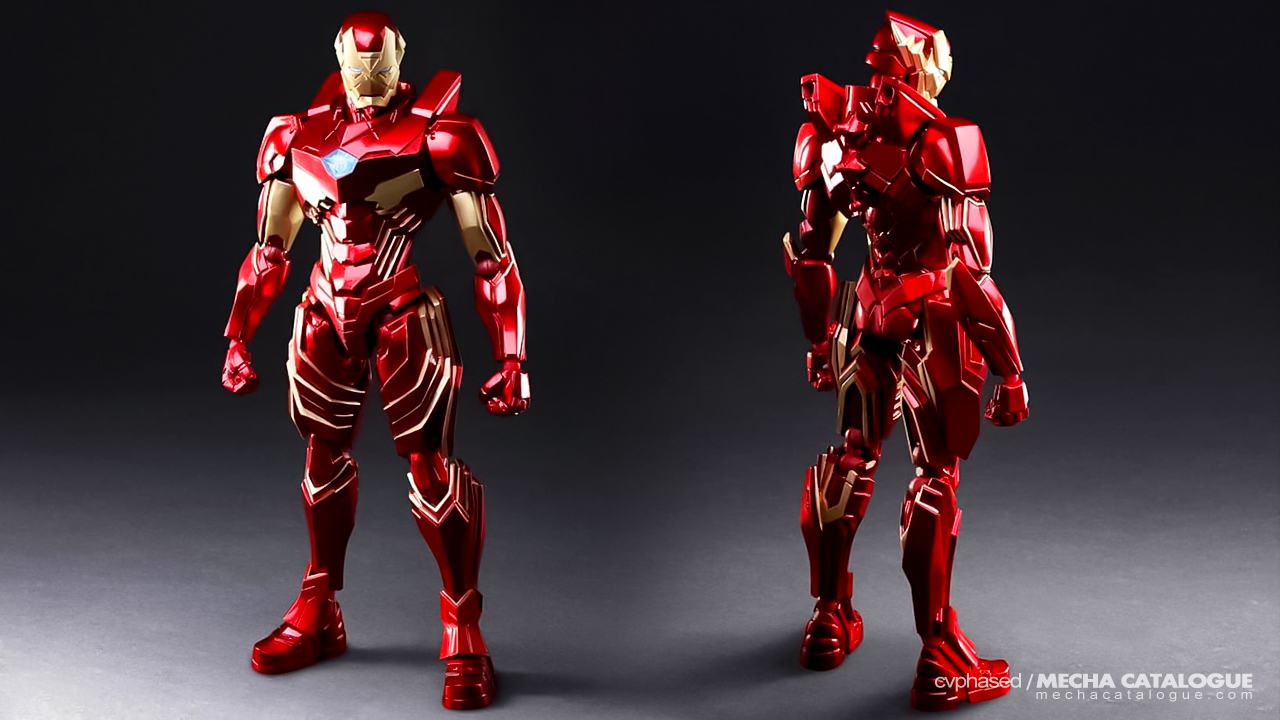 At first glance, this design looks very angular with lots of lines going everywhere. Having a better look at the design just confirms that initial impression, but with the lines making more sense than previously seen. It still has the iconic Iron Man red and gold color scheme but Nomura-san clearly had liberties when designing this guy. 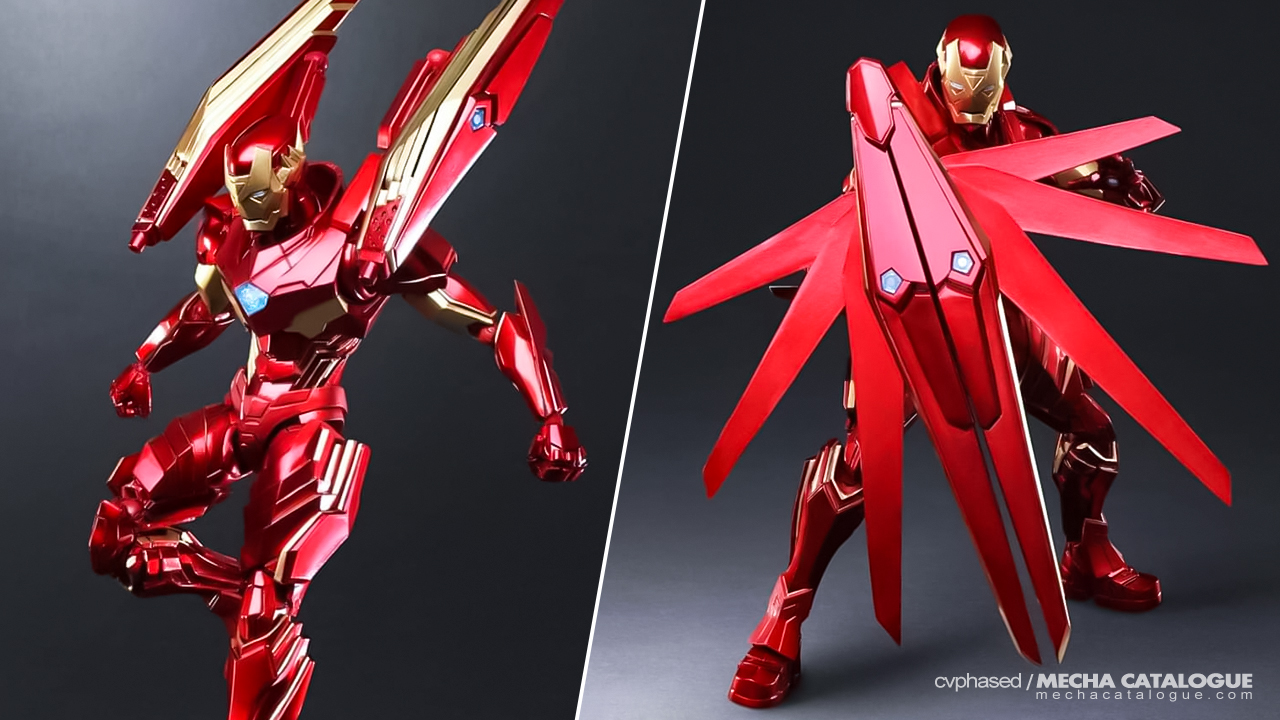 Outside the expected Repulsors, the primary accessory of this Iron Man armor are these multipurpose binders that can be used in a variety of ways. They can be mounted at the back and function as wings or something that appears to be like shoulder mounted cannons. Handheld, they can be combined into a large shield, or split as individual handheld weapons. 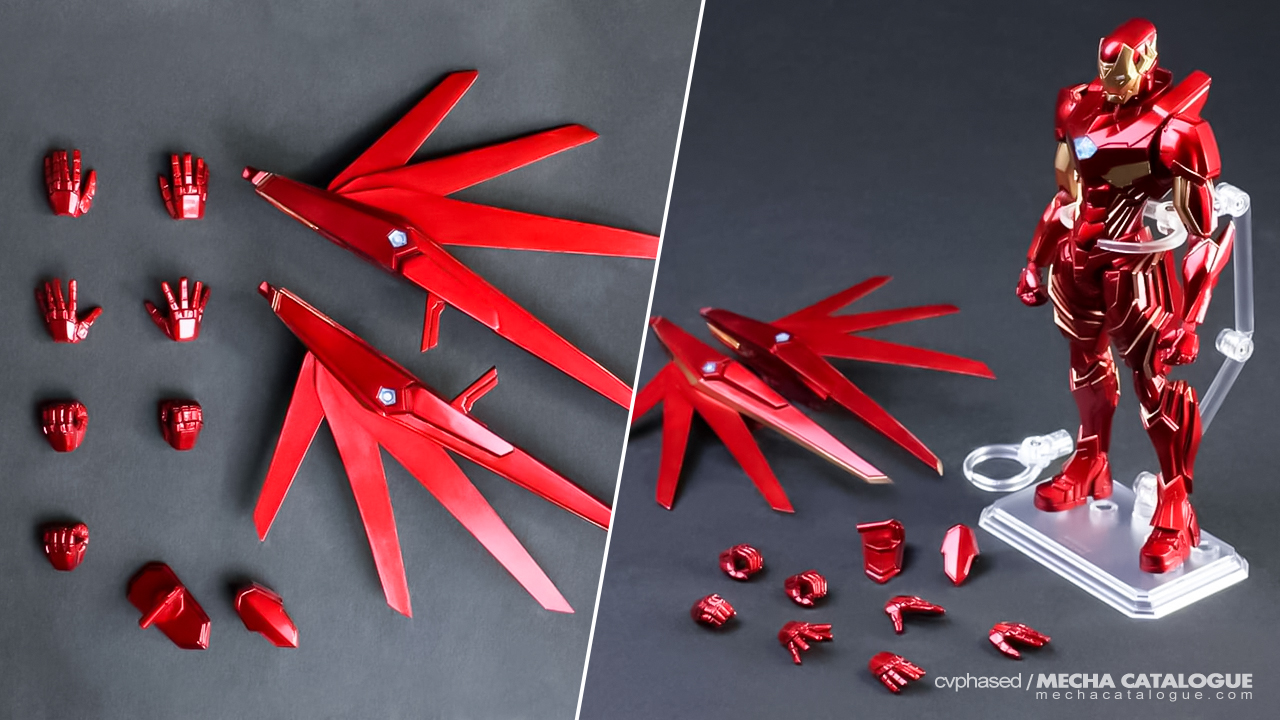 In addition to these binders, the other accessories are mostly replacement hands and panel covers. It also includes a display base for those dynamic and aerial poses. Surprisingly, it doesn’t include any blast or Repulsor effect parts, which has been a staple of Iron Man figures released by most companies. Regardless, this is a design I’m definitely not passing up on and will be added to my seemingly unending Iron Man collection.