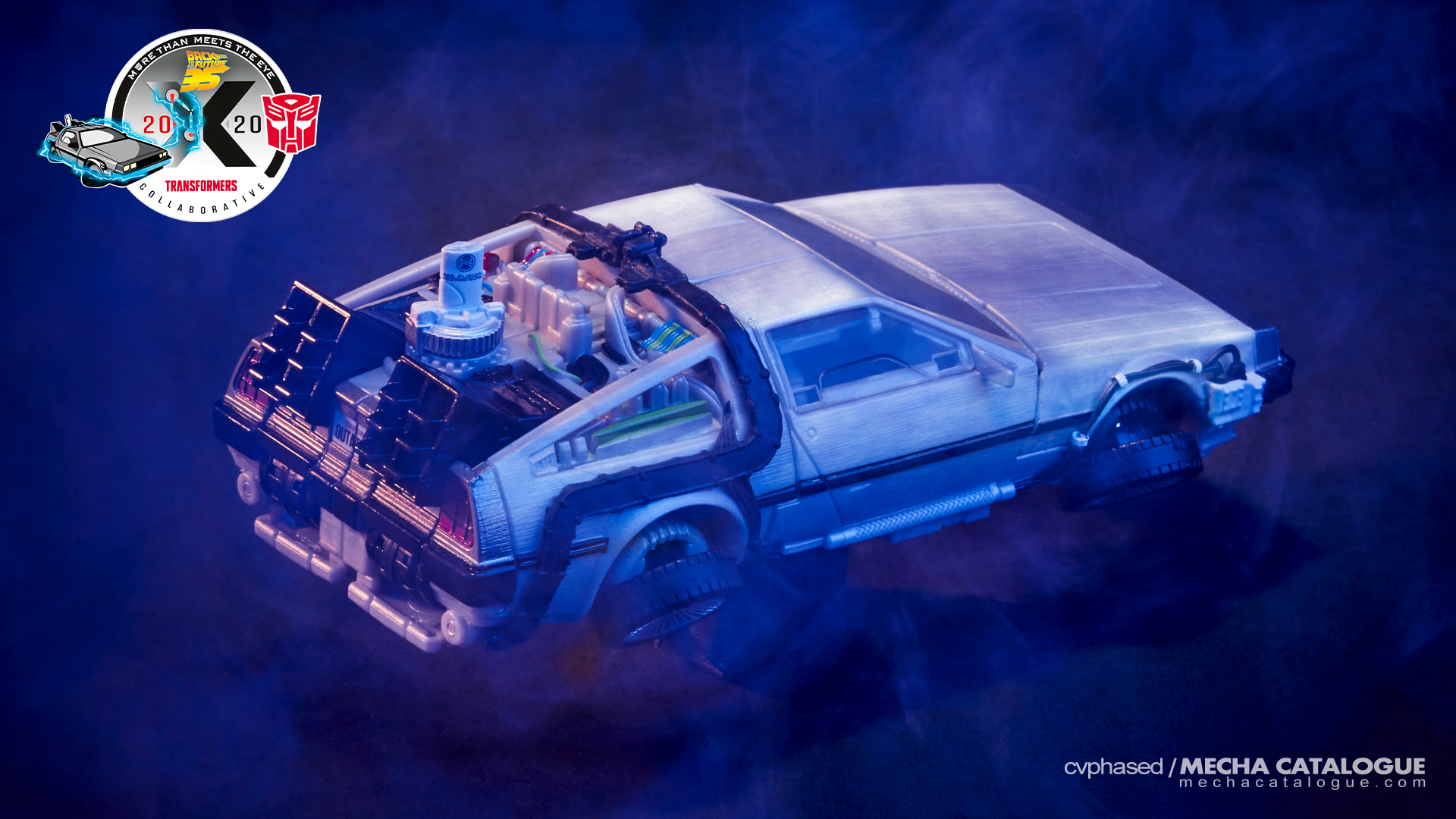 Following last year’s Ecto-1 / Ectotron from Ghostbusters, the next figure in what’s now the Transformers Collaborative line of crossovers stems from a similarly iconic movie. Celebrating its 35th Anniversary, Back to the Future has proven itself to be a staple and a classic for time travel movies. Therefore, it’s only fitting that Hasbro chose it to be the next franchise to collaborate with the Transformers brand. 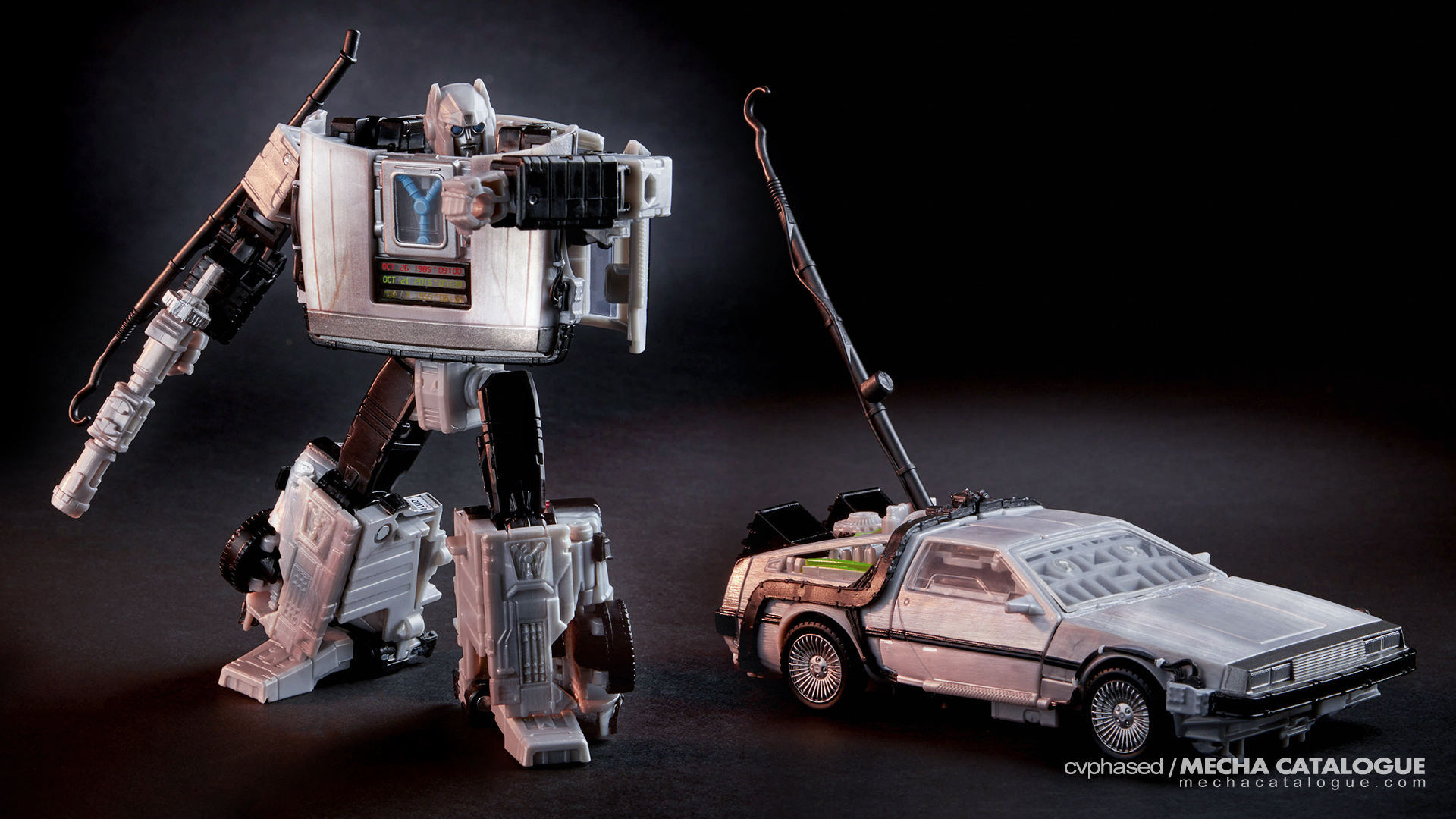 This is Gigawatt, an extensive retool of Transformers Siege Sideswipe to look like the classic DeLorean. Going through the robot mode, there are many callbacks to the movies, including how the head unit looks like Doc Brown, or the Flux Capacitor at the chest along with digital date displays as seen in the films. 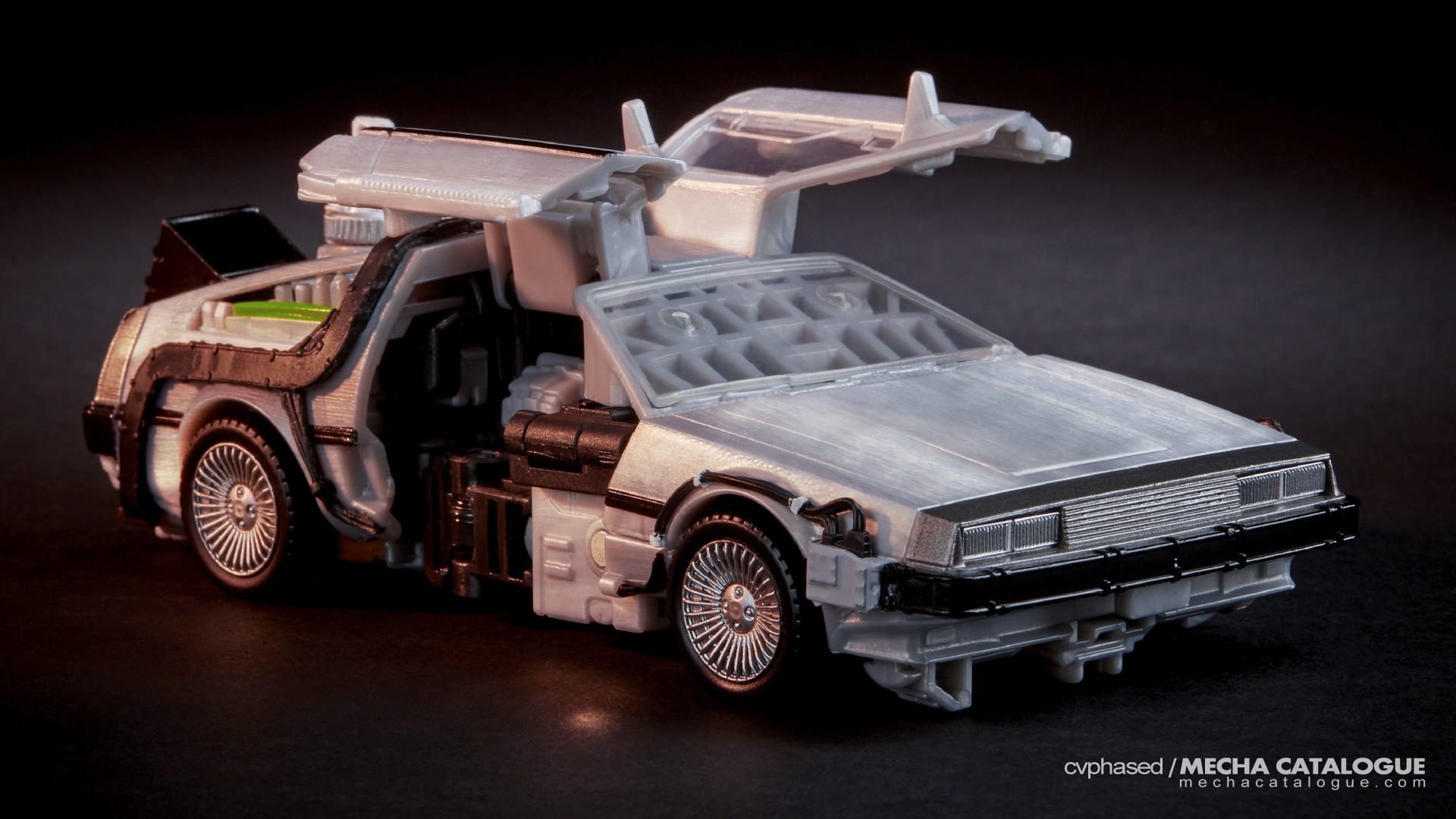 And of course, let’s not forget how the DeLorean has gull wing-styled doors that open upward, which this figure can replicate very well. Not to mention its hover mode by tilting the wheels downwards as seen in the first image above. 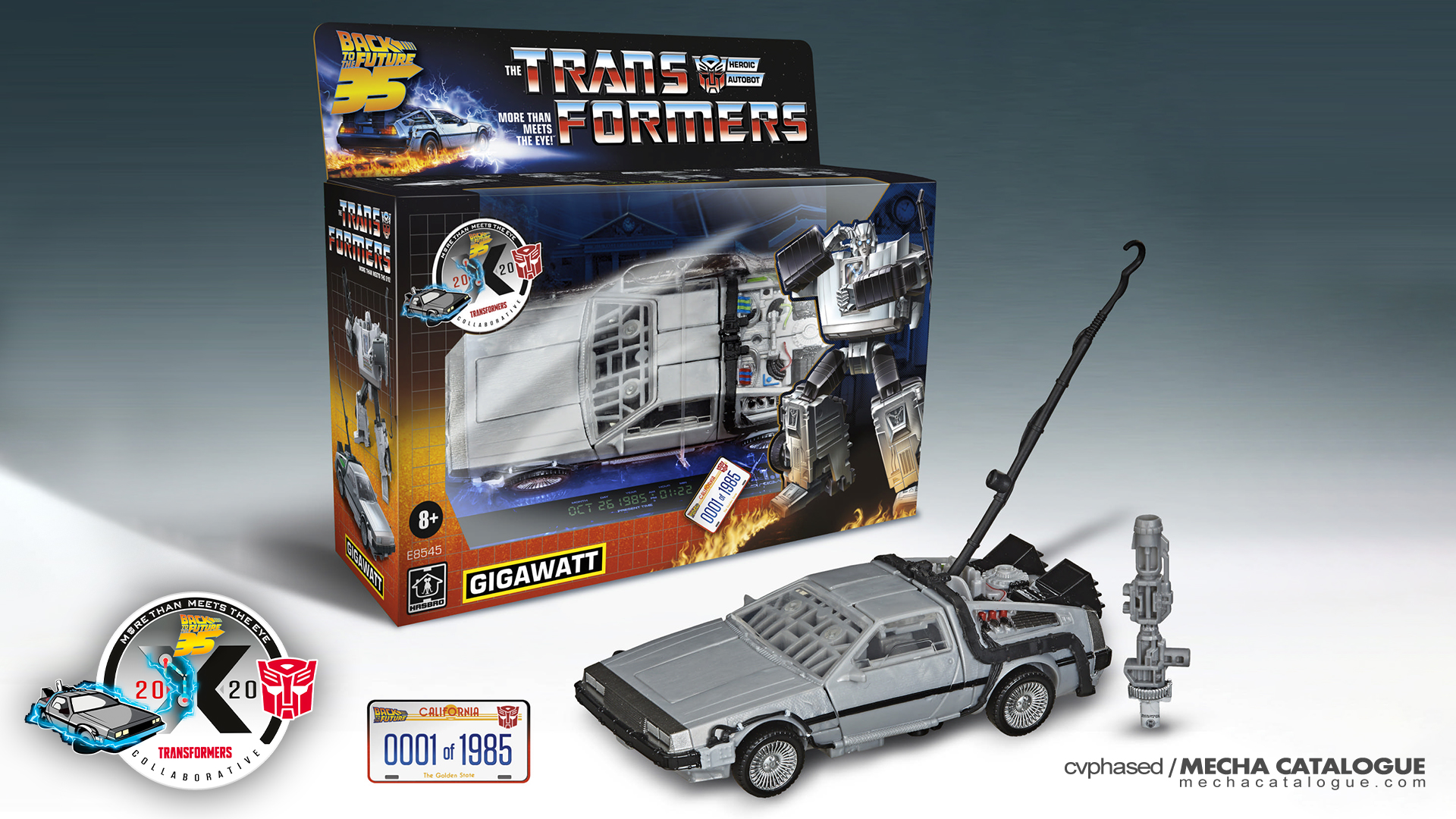 Capping off the nostalgia trip is the G1-styled packaging similar to Ectotron. Two variants of this set would be released: one is going to be available via Hasbro Pulse while the other is a Walmart exclusive limited to 1,985 copies as seen in the packaging graphic styled to a California license plate.