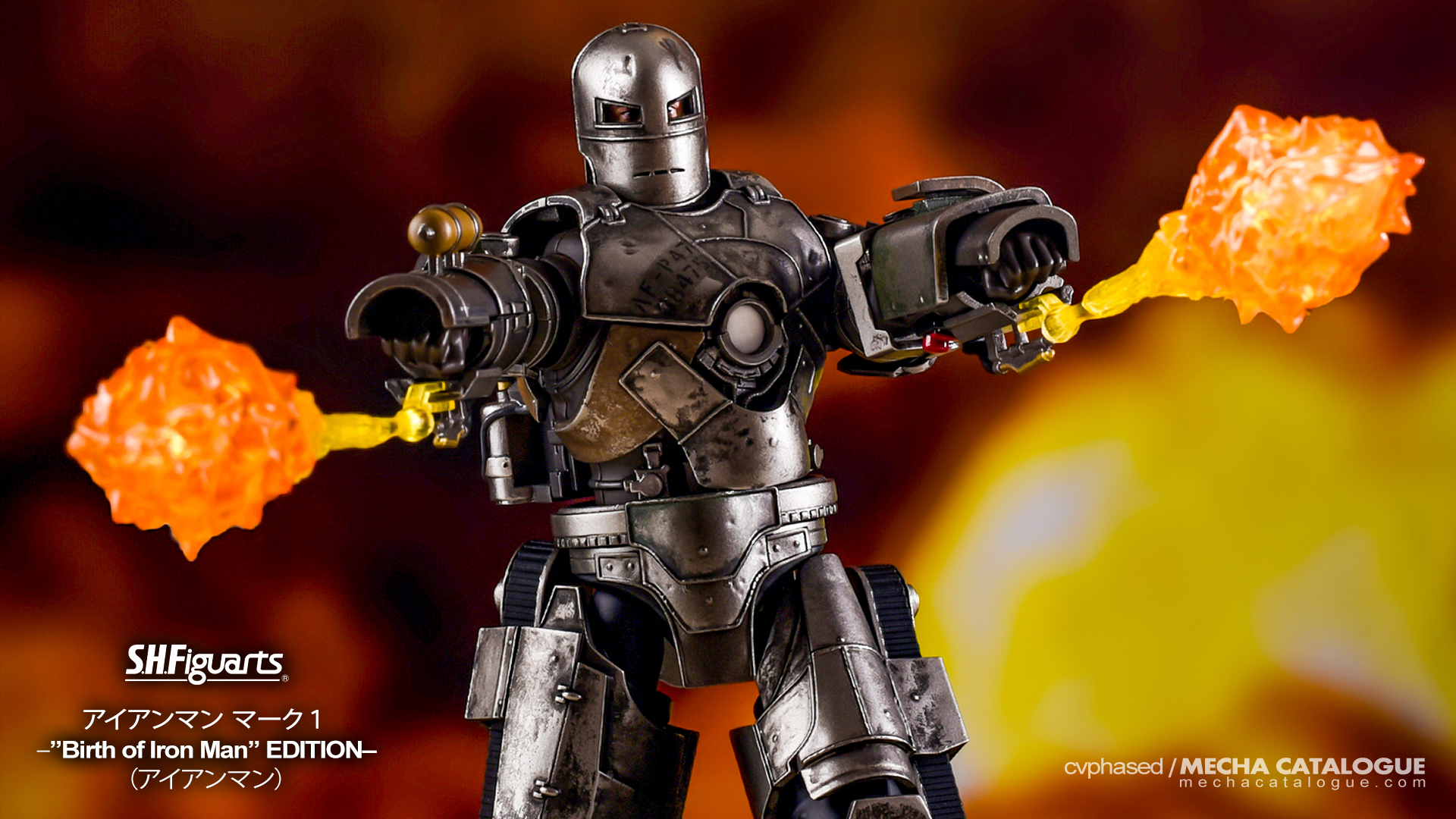 Tamashii Nations has opened a new section on Tamashii Web called “Cine Toy Spirits” where S.H.Figuarts releases inspired by Marvel, DC, and Star Wars properties will be featured. Among its initial offerings is a figure that took its time but is now finally getting a release. Yes, I’m talking about the S.H.Figuarts Iron Man Mark 1. 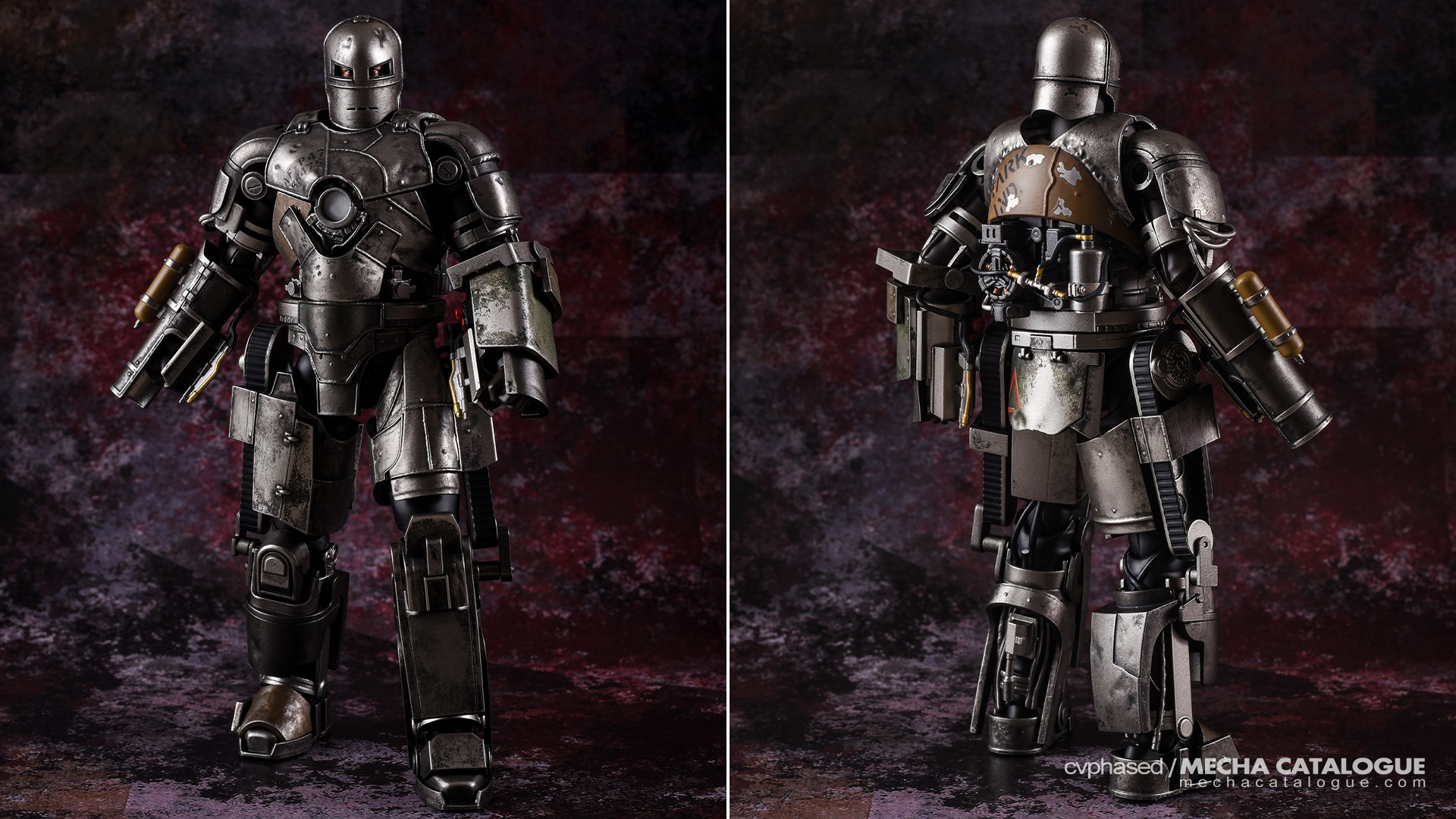 I’m not really sure why it took them so long to release this guy along with the other armors in the “Hall of Armor” a couple of years back, but at least it’s now being released, albeit being a Tamashii Web exclusive. Outside of Hasbro’s Marvel Legends Series version, the only figure of the Mark 1 we got is Kaiyodo’s Sci-Fi Revoltech one. 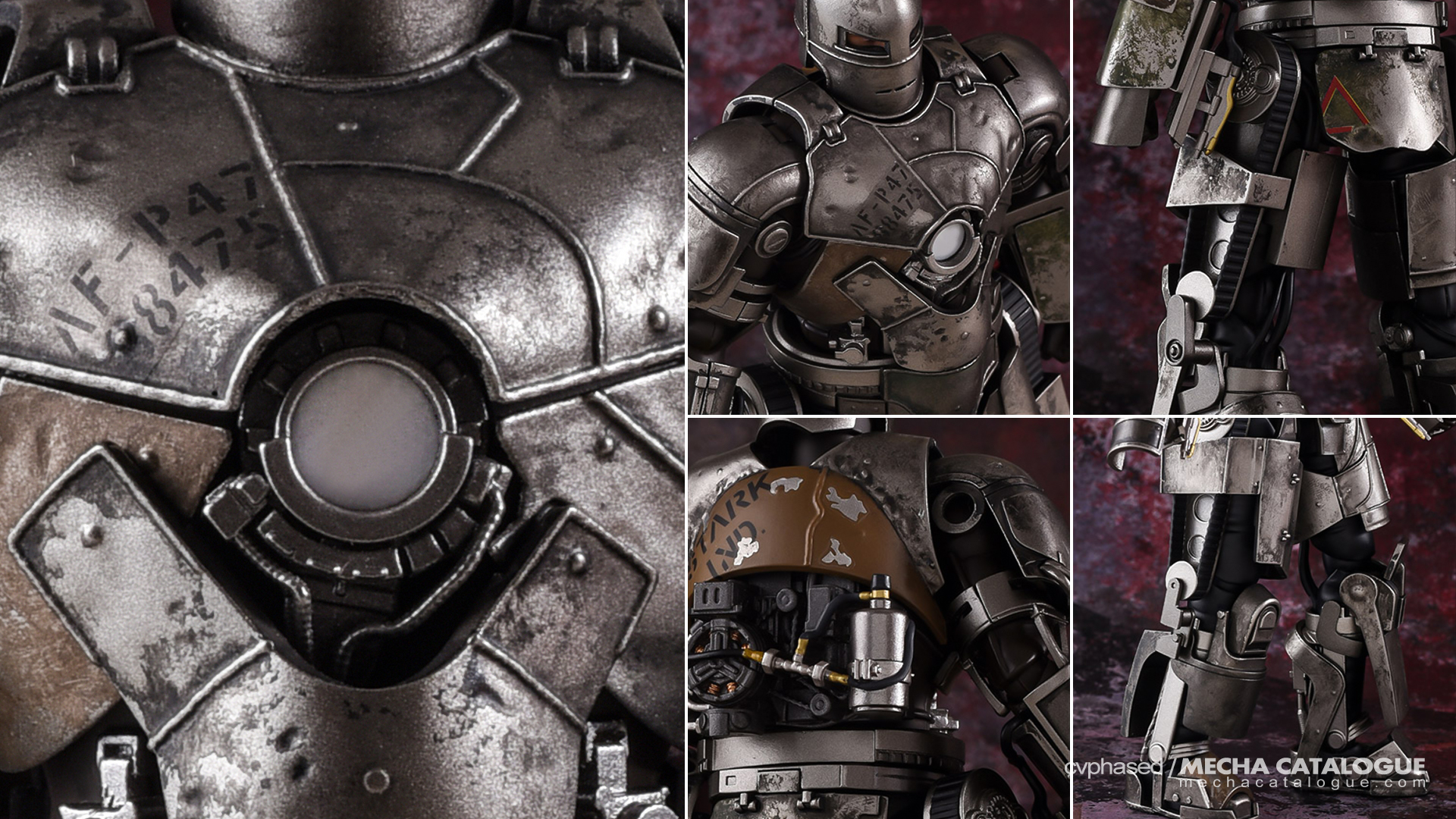 Totally in contrast to the visual style of the later armors, the Mark 1 is as crude as it can get given the nature of its construction. This means there are tons of mechanical detail in this design, and it looks like Tamashii Nations nailed it based on these preview images. This includes the primary reactor at the back and the varying applications of weathering and paint on the armor exterior. Upon close inspection, you can also see Tony Stark’s eyes through the eye slits. 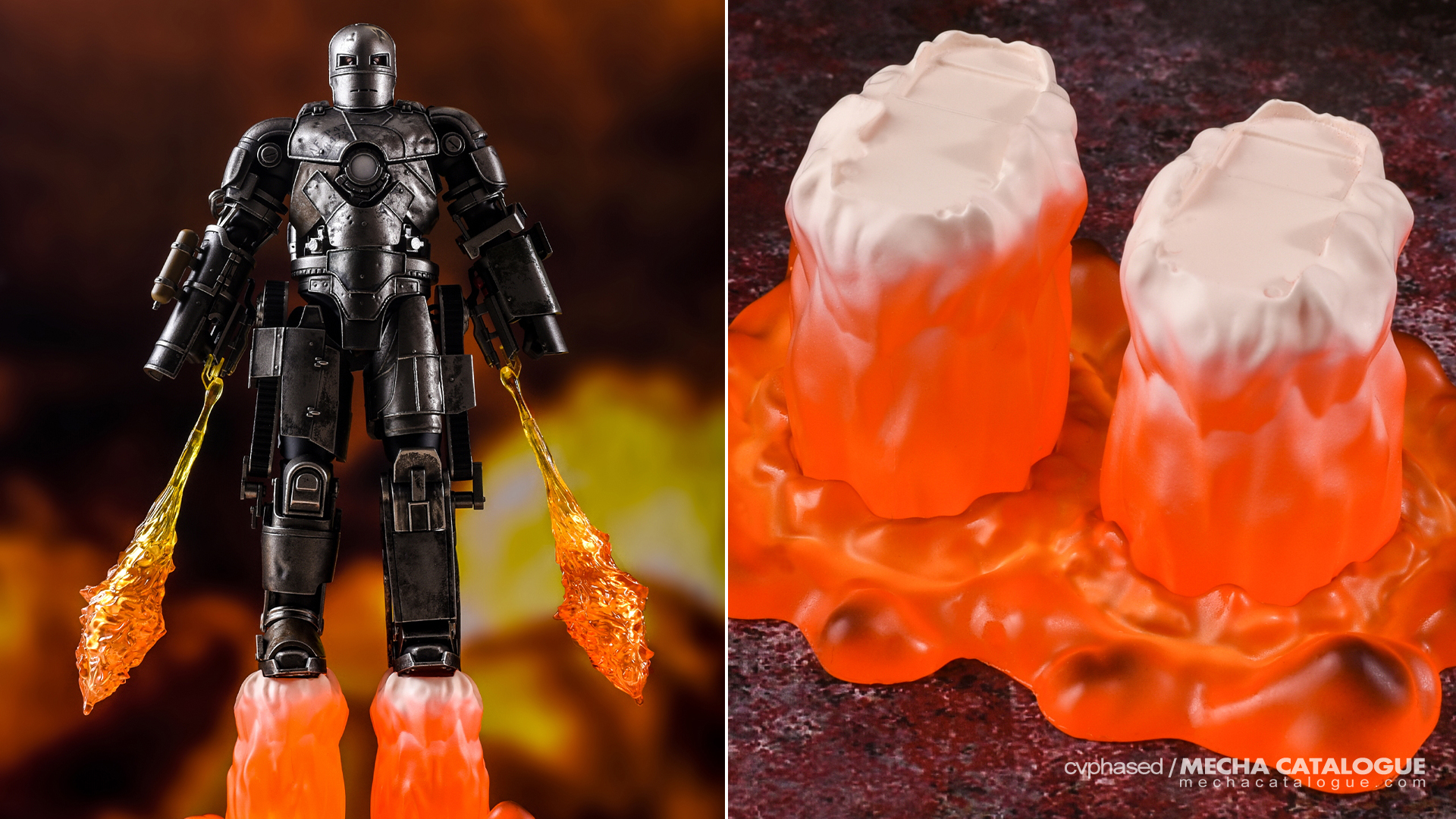 For Accessories, this set comes with replacement hands and effect parts for the flame thrower and rocket launch. As this figure isn’t part of the previous “Hall or Armor” project, it doesn’t come with one. 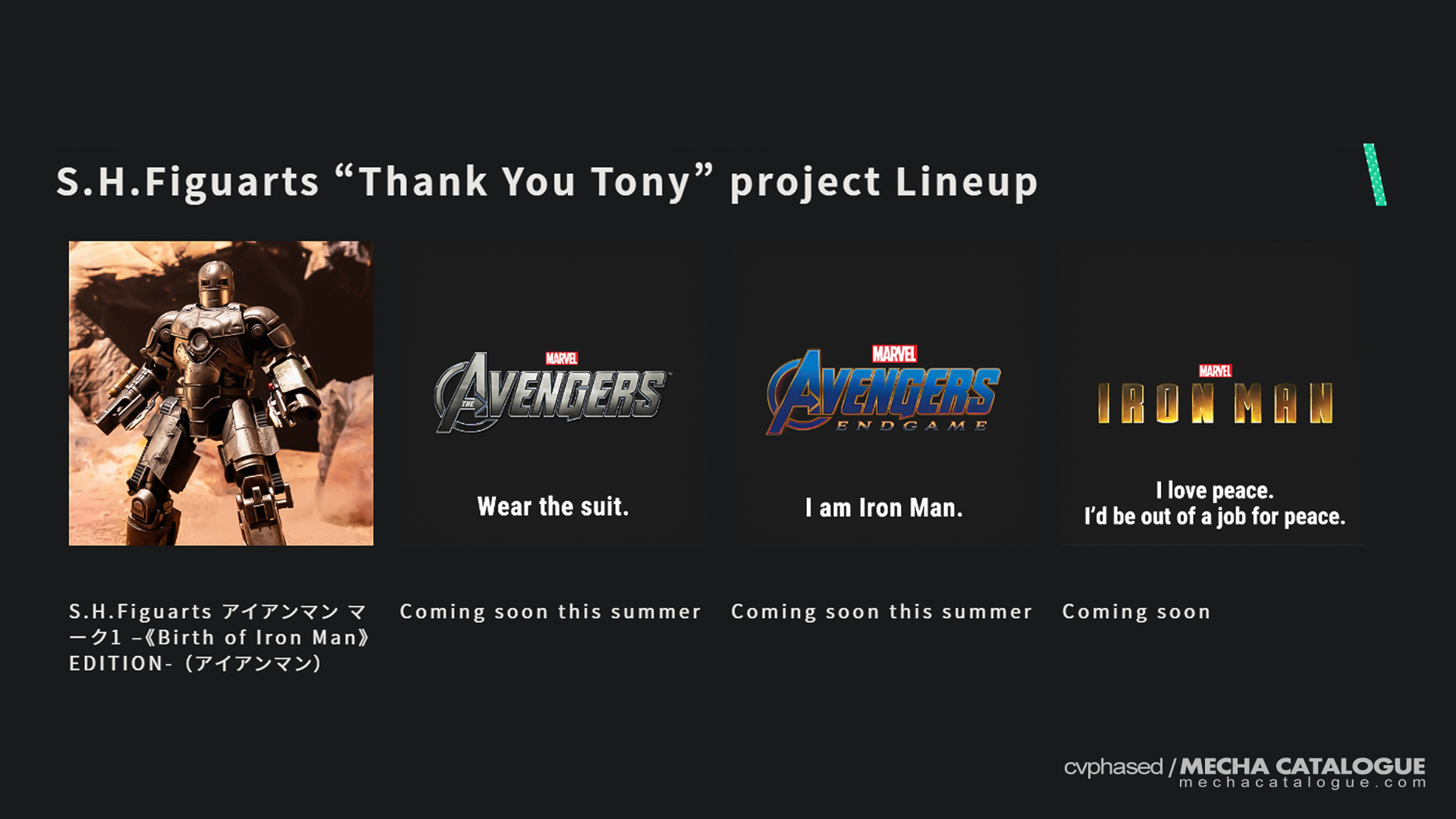 Finally, they revealed yet another project, the S.H.Figuarts “Thank You Tony” project consisting of figures from the movies as seen above. Now I’m pretty sure they’ve released the Iron Man armors appearing in each so either they’re doing reissues, recolors, or something totally different. Look forward to their reveals starting this summer.