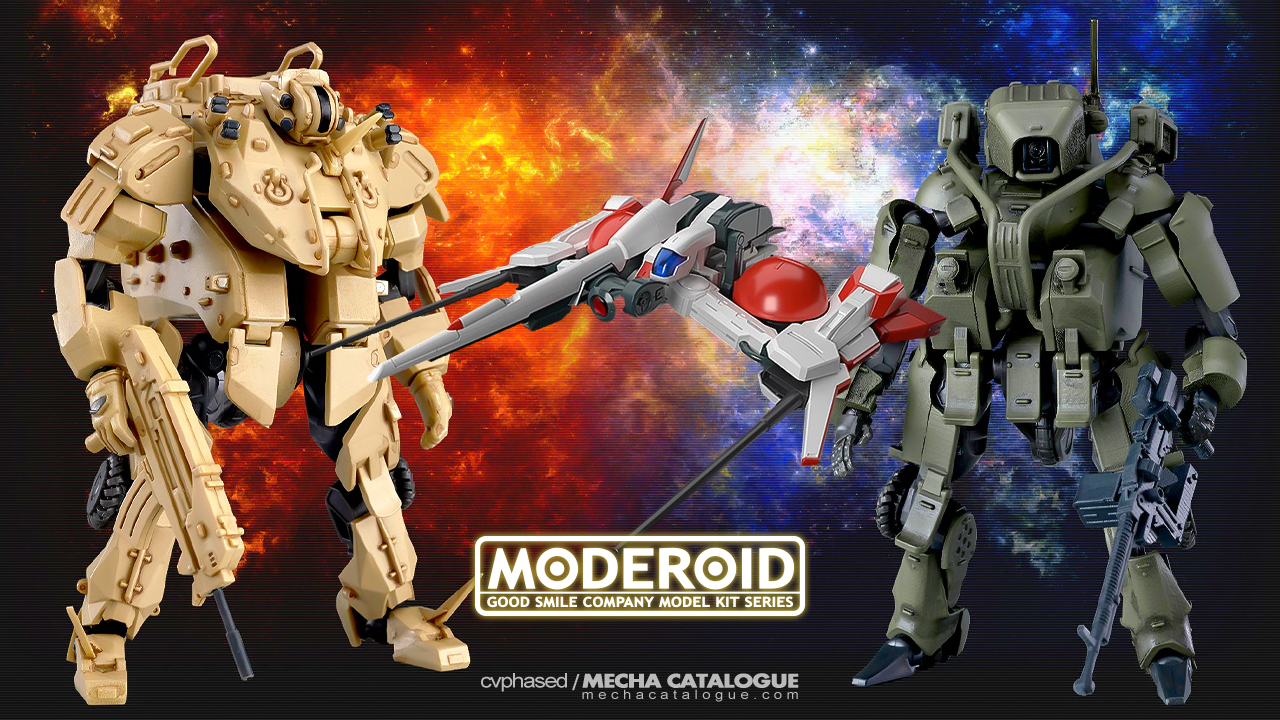 Cheesy banner image aside, Good Smile Company has released their January 2020 product solicitations and includes some from their MODEROID model kit line. Building a MODEROID kit is still a far cry from Bandai Spirits-level of engineering but they have their own quirks that made me interested in their upcoming releases.

Staring with the 1/35 EXOFRAMES, do note that there’s no kit of just the EXOFRAME, on sale are the custom units used by the factions in the series. Those who wanted a kit of the vanilla EXOFRAME unit can instead purchase the Feb. 2020 issue of Hobby Japan — it comes with an EXOFRAME kit as bonus. 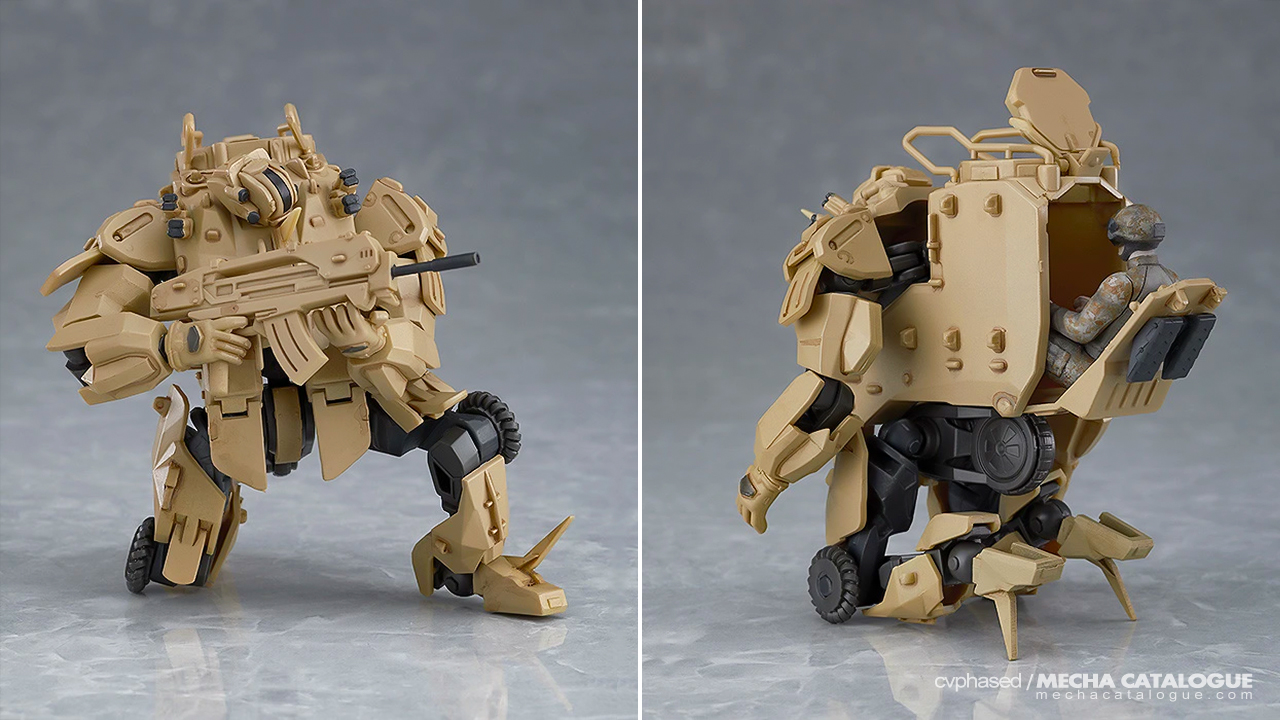 The AREX-03 Toad is the specialized EXOFRAME used by the US Marine Corp. as seen in the first episode of OBSOLETE. Using the common EXOFRAME as base, the kit has 28 points of articulation to which custom armor panels can be mounted. An unpainted pilot figure is also included and can seat in the rear opening cockpit. The Toad includes a rifle and heat torch as primary weapons. 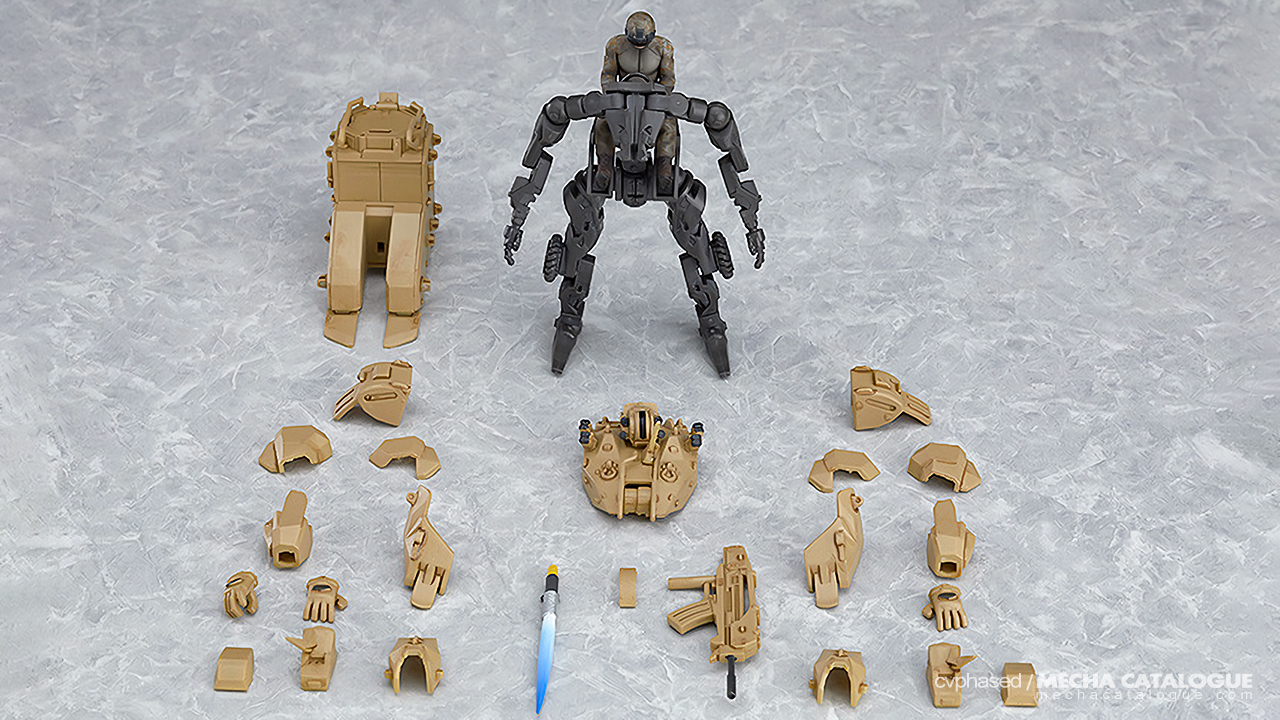 The Toad has a head unit that contains multiple sensors and cameras that can change depending on the situation. The kit, however, doesn’t replicaet this due to its small size. Those who want with a working head unit can opt for the larger scale version to be released by ThreeZero. 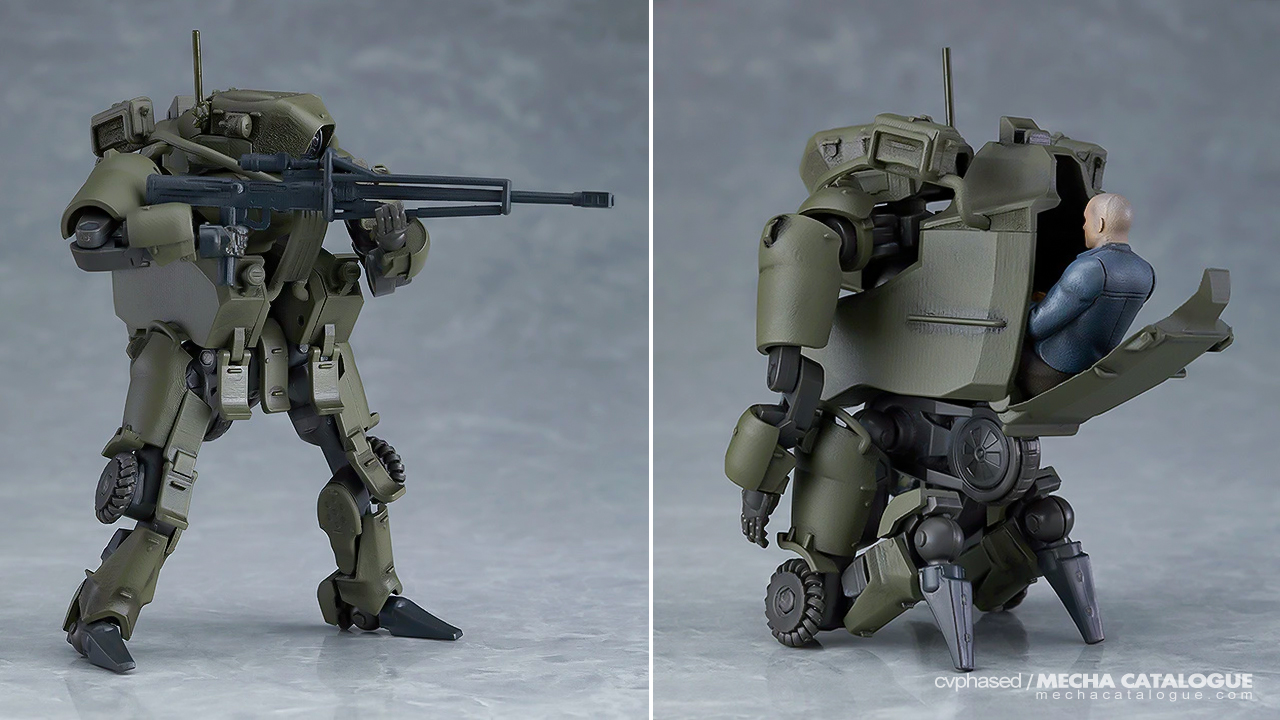 Appearing to fight the USMC Toad is the Outcast Brigade TOPEX-12 Exacto. Similar to the Toad, it still uses the same EXOFRAME kit as base and also has 28 points of articulation. Being a more guerilla-like EXOFRAME, the kit comes with a rifle, sniper rifle, and mortar as weapons. If you’ve watched the series, the included pilot figure should be familiar to you. 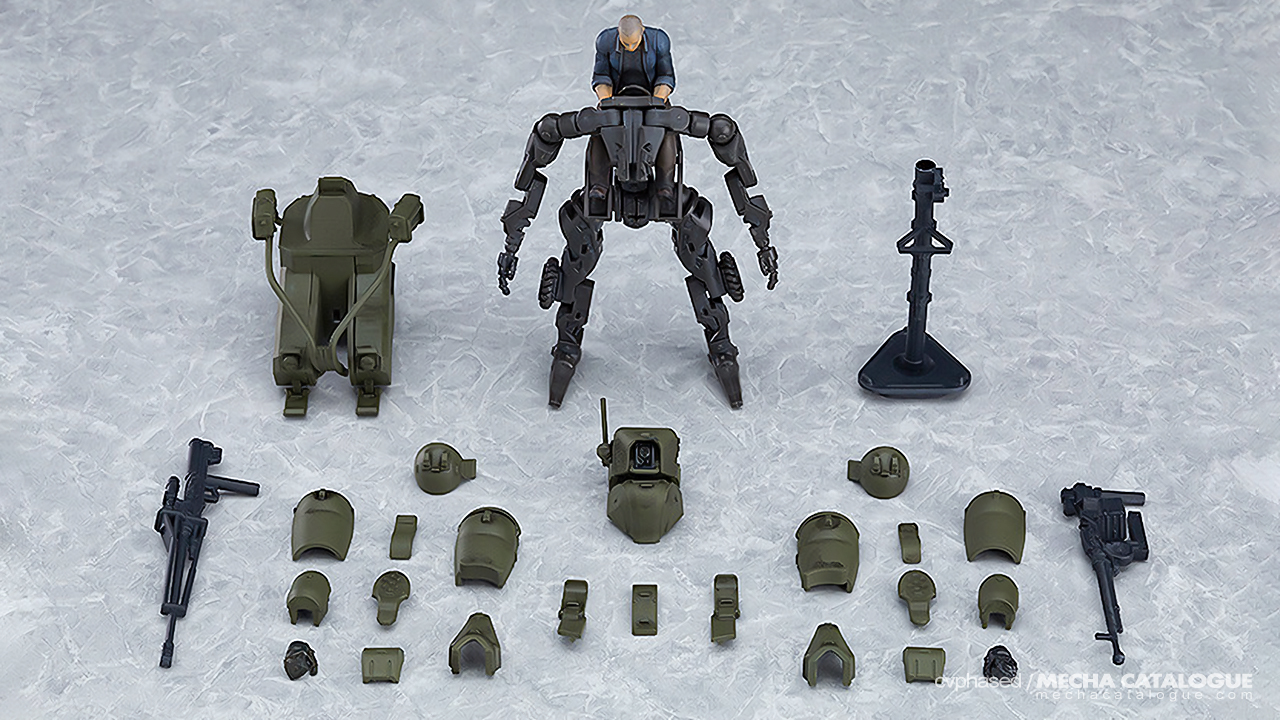 Unlike the USMC Toad, the Exacto head unit features a single camera unit and based on these solicitation pics, it looks like clear parts will be used to build this one.

Here’s a little history, Cruise Chaser Blassty started as a video game released in 1986 and is produced in collaboration by Square (way before they became Square Enix) and Sunrise (Gundam). Mechanical designs were then done by Mika Akitaka who also created the MS Girls design series and would eventually go on doing designs for Nadesico. That said, Blassty is more recognized as the Hobby Japan photo novel produced around the same time. It doesn’t use the game designs and is more of a different take. So Good Smile Company thought of giving the original design more love be release it as a MODEROID kit. 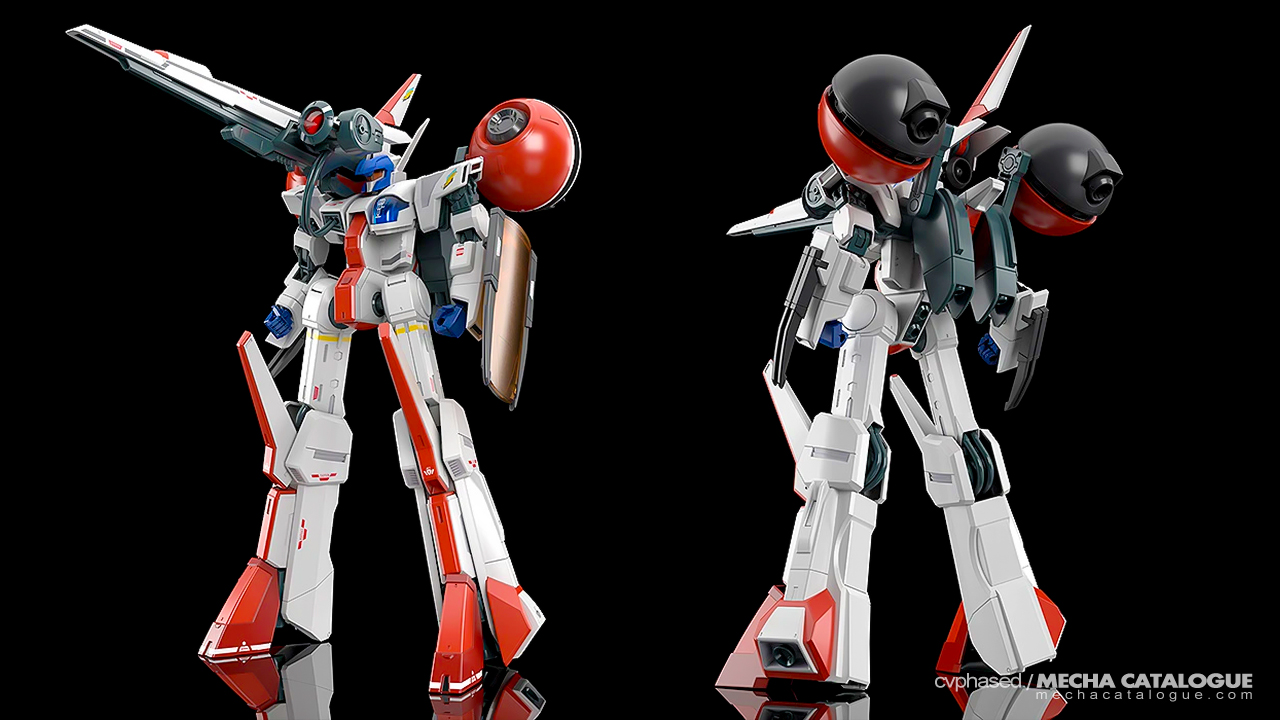 Blassty (not to be confused with CCC-01 / SPEX-07 Blassty from the Hobby Japan photo novels) is a non-scale kit, standing at 175 mm tall. I attempted on researching some specs to get a rough scale of the model kit but got nothing. Anyway, this height is in robot — referred in the game as Gunner Form. It can then transform to its Shooter Form using replacement parts, similar to a High Grade Gunpla. 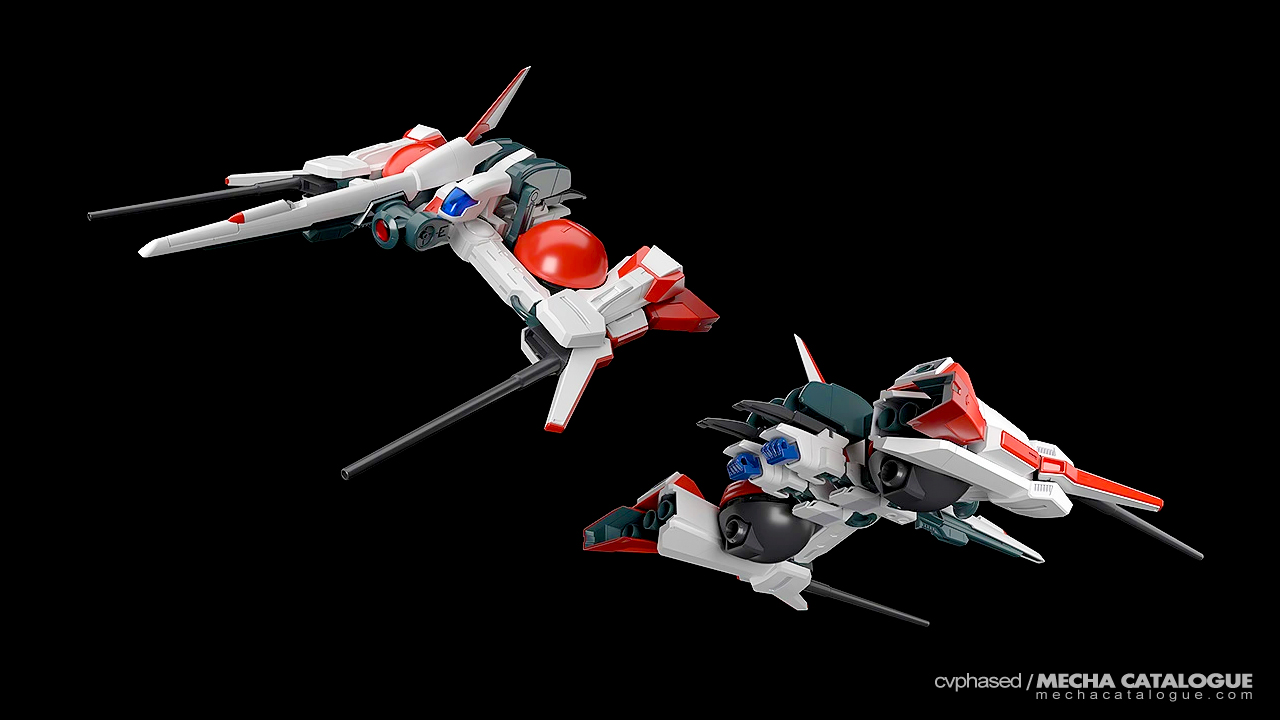 I’m not really that invested with the design though I am considering getting this kit. And given the parts-formation, I’d probably get two. It does appear to be well articulated and fairly color accurate. The latter thanks to six colored runners — white, red, gray, black, blue and clear. The clear parts are used on the canopy and shield. 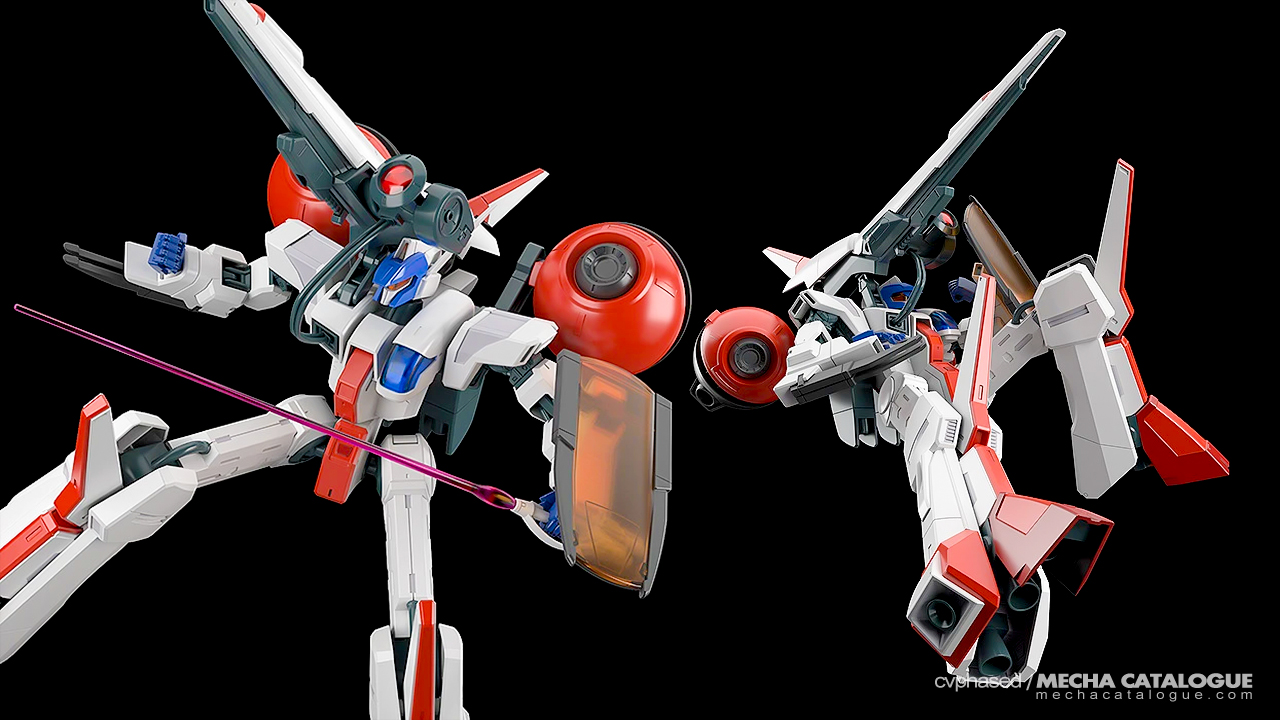 All three kits come with water slide decals for added markings and warnings. And on that note, I should probably get one of their Shinkalion kits.