It’s been a while since Bandai Spirits started the 30 Minutes Missions line. I don’t have an idea how it’s performing on the market but I finally gave in a week ago and bought a couple of kits. At the moment, we seem to be only getting two main kits with multiple color variants and a lot of option parts. That’s about to change as we’re getting the third machine in this grunt unit war. 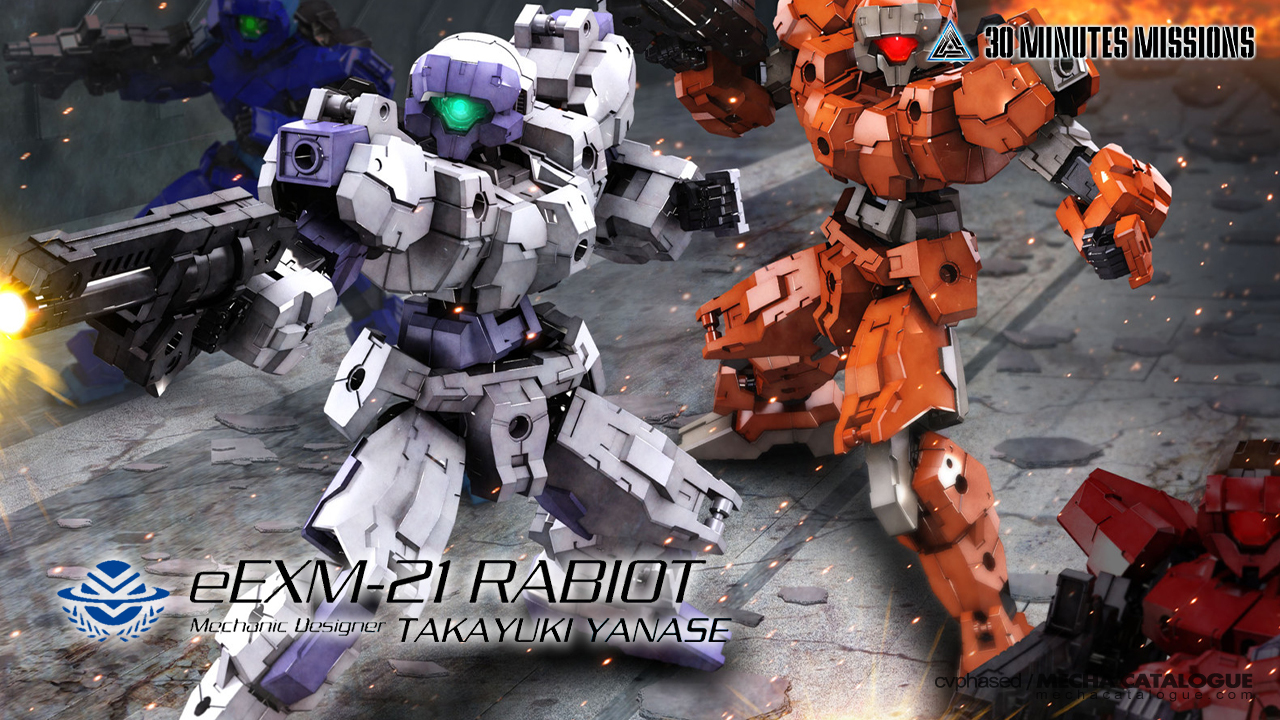 This is the eEXM-21 Rabiot, a new EXAMAC (or Extended Armament & Module Assemble & Combine System) belonging to the Earth Allied Forces and joins the previously introduced Alto against the war with the Byron Army and their Portanova units. The machine was designed by Takayuki Yanase who also contributed designs to other mecha series, including Zegapain, Gundam 00, and most recently, Gundam Build Divers Re:RISE. 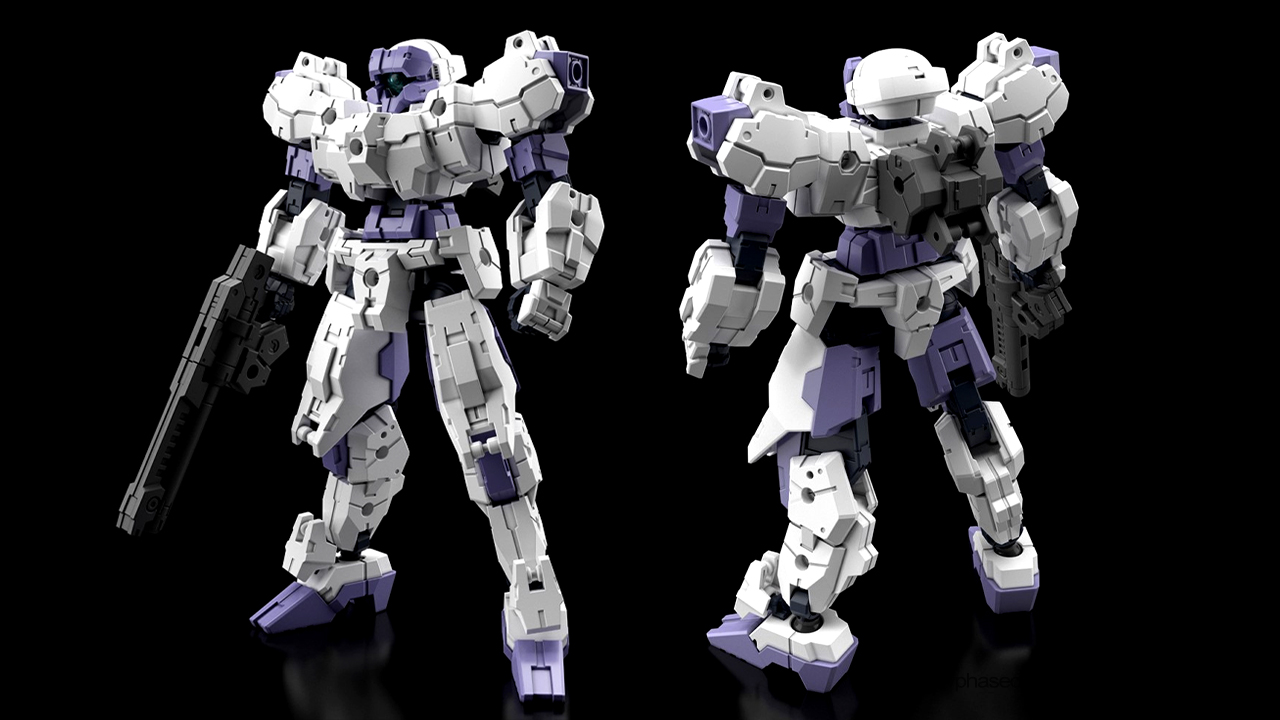 At first glance, it shares the same overall design cues with the Alto though the Rabiot appears to have heavier armor. There’s not much info released about this guy although Bandai Spirits confirms this kit for an April 2020 release. Stay tuned as more information gets released.