We got a Shinkalion and Evangelion crossover some time ago when a Shinkalion unit with an EVA-01 head and color scheme appeared, piloted by a more cheerful version of Shinji Ikari. With Good Smile Company releasing Shinkalion kits under their MODEROID line, I was expecting its model kit would be announced sooner or later. But, it looks like someone got first. 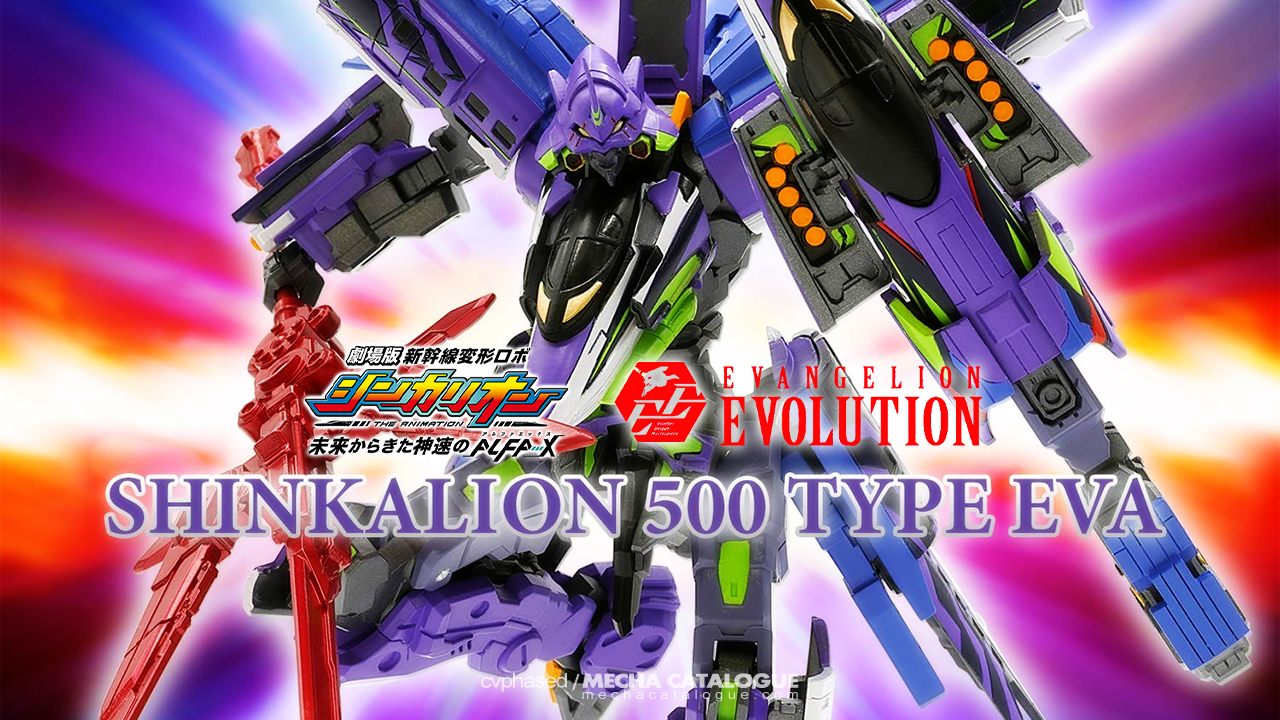 Kaiyodo’s Evangelion Evolution line has been going for quite a while and they’ve started releasing figures of design variations. So it came as a surprise to me that they are releasing the Shinkalion 500 Type EVA. Technically it’s really a Shinkalion unit but yeah, because EVA. 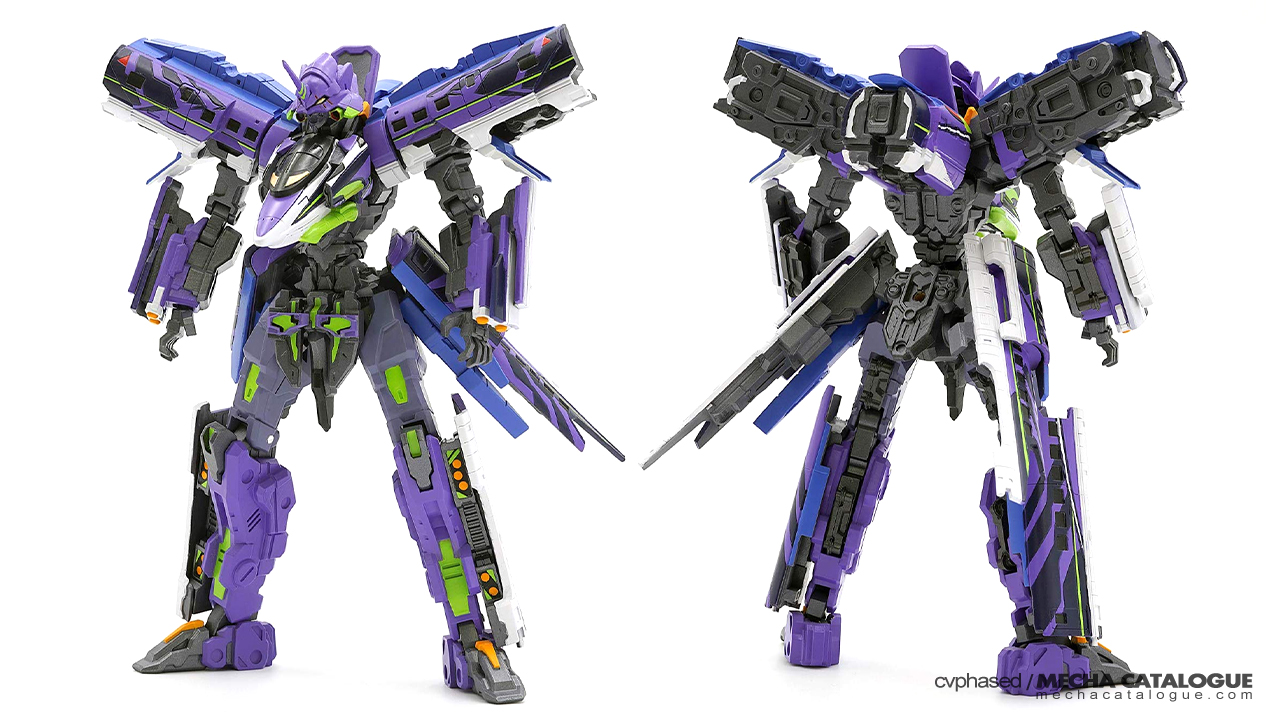 Much like the MODEROID kits, this one doesn’t transform, allowing for better articulation. And speaking of articulation, I can’t seem to find any Revoltech joints on this guy — we all do know that Evangelion Evolution figures are “powered” by Revoltech joints. Looks like they are slowly but steadily going away from using them based on this guy and the recent Amazing Yamaguchi releases. In any case, this thing looks quite amazing. I’m also hoping it scales well with the MODEROID kits. Now that I think about it, maybe there’s some licensing shenanigans that prevents Good Smile Company from releasing a MODEROID kit of this guy? 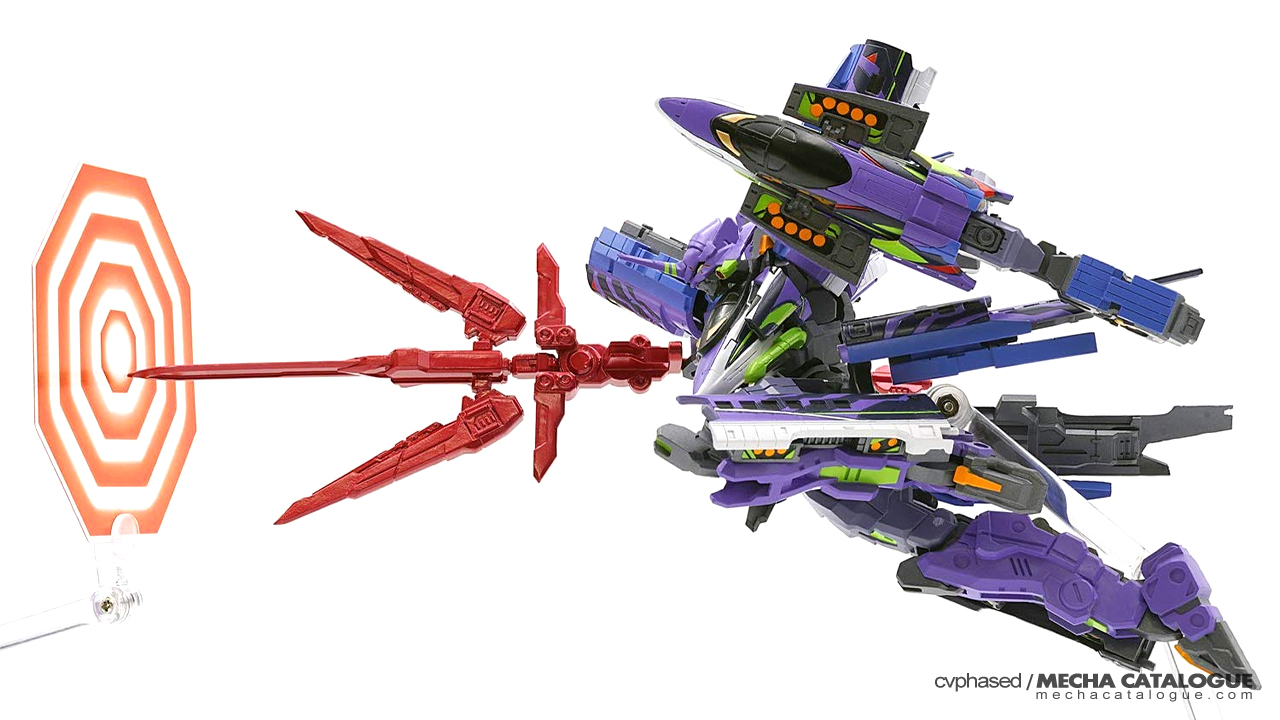 The figure comes with a few accessories, but these are the essentials. Included are its weapons, the Ticket Gate Trident, Missile Shield, and of course — an AT Field effect part. Multiple replacement manipulators, and a display stand are also included.

Shinkalion 500 Type EVA is slated to return in the movie Shinkansen Henkei Robo Shinkalion: The Marvelous Fast ALFA-X That Comes From the Future along with the mainstays of the series. And on that note, here’s a confession. I haven’t watched any Shinkalion episodes sans a couple. Maybe today’s a good time to watch?