With the twilight of the Gundam 40th Anniversary comes the dawn of the Gunpla 40th Anniversary celebration. And to act as the transition piece between these two celebrations, Bandai Spirits will be releasing the HG Gundam G40 [Industrial Design] on December 14. I was always curious on how the packaging of such kit would look and… it seems I overestimated. 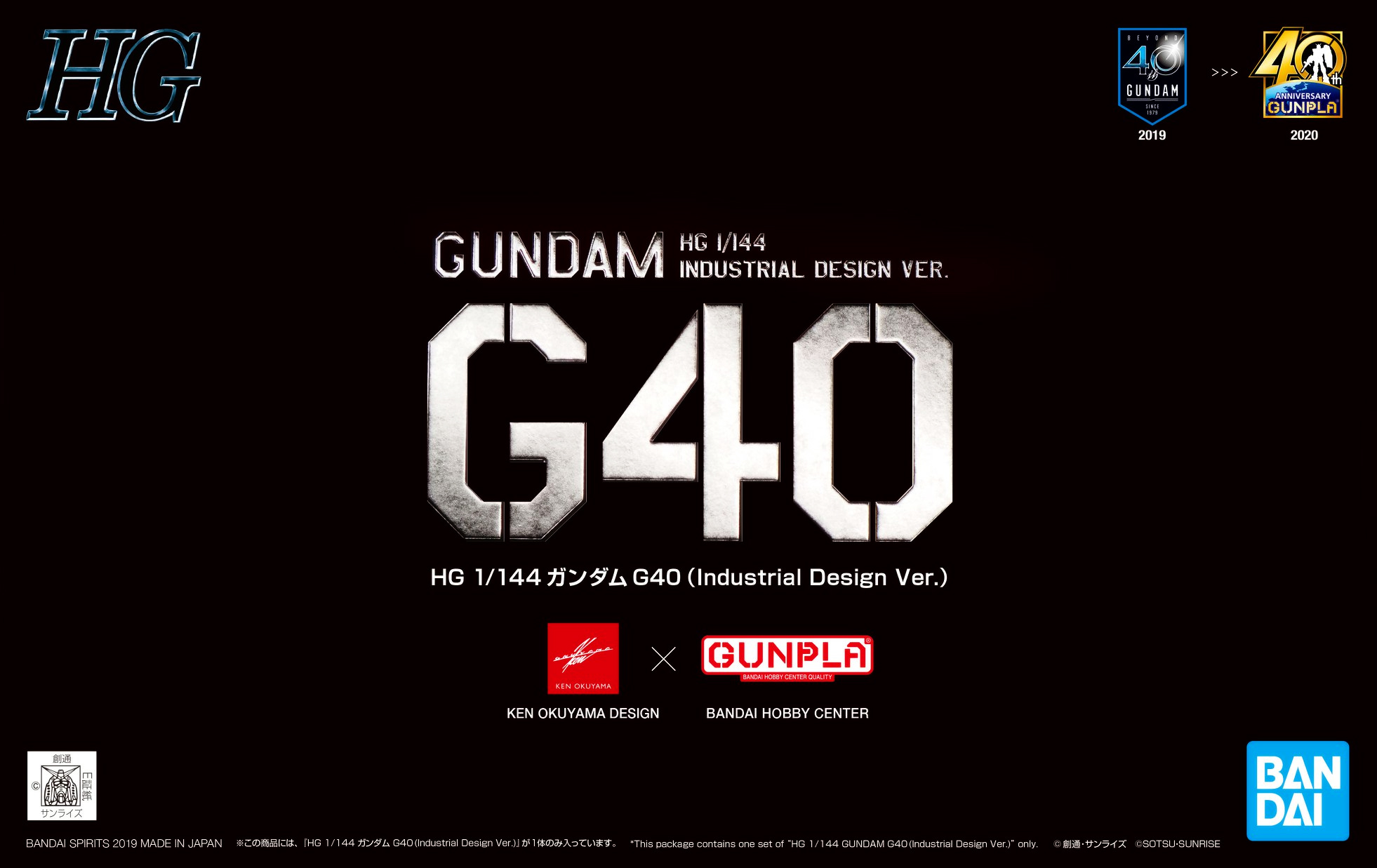 Talk about being minimalistic, which is very fitting (and quite a contrast) to a kit with heavy designer input. Those curious how they came up with this design can watch this video Bandai Spirits previously released.