As previously mentioned, Tamashii Nation 2019 (Tamashii Nations’ creatively named annual event) is happening this weekend and once again, a lot of figure samples are on display, but not all are getting releases, at least for now. Here’s what got my interest as far as Gundams are concerned. 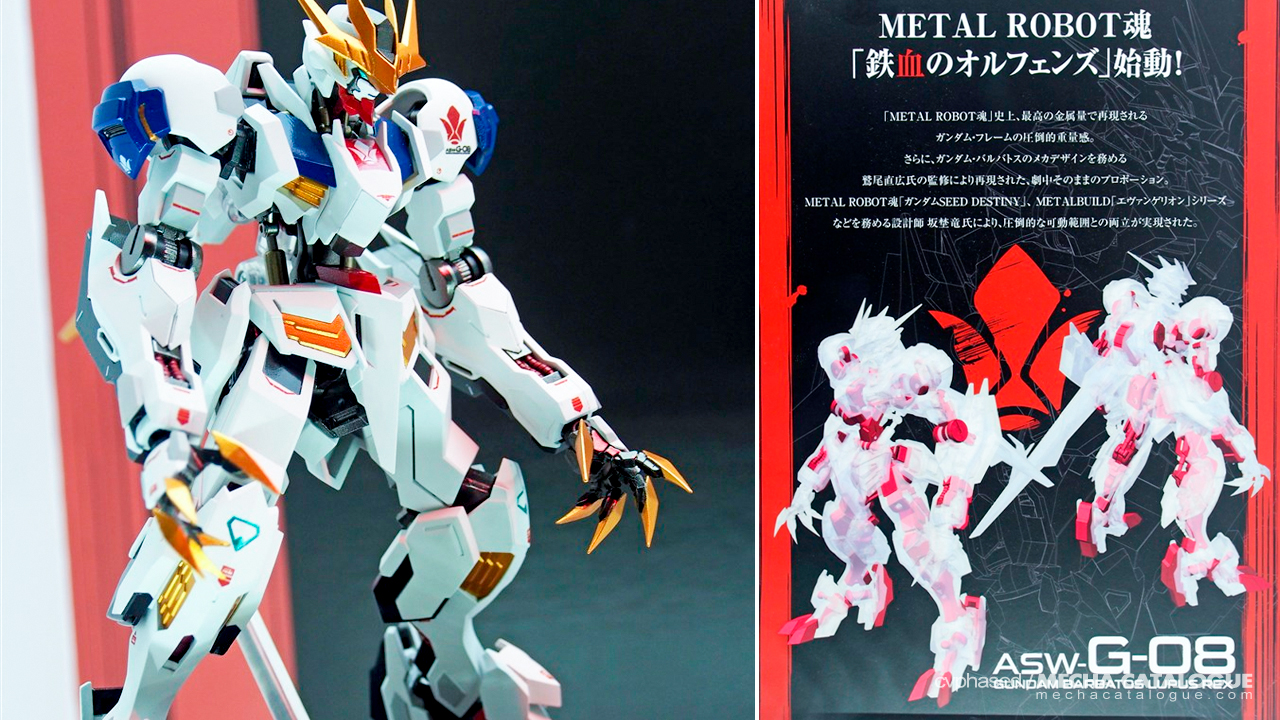 The Metal Robot Spirits line is always my go-to alternative for mobile suits that have no 1/144 scale equivalent Gunpla, or if the available Gunpla isn’t really that great — case in point the Ex-S Gundam. Following the recent Gundam SEED DESTINY releases, they are now going through Gundam IRON-BLOODED ORPHANS with this gorgeous figure of the Gundam Barbatos Lupus Rex. Now don’t get me wrong as the High Grade is a great model kit, except that you would need to put the extra effort to make it better, especially those huge claws. Personally, I’m not yet that swayed to get this guy, I should probably get the 00 Raiser set before this one. But regardless, this figure looks amazing. 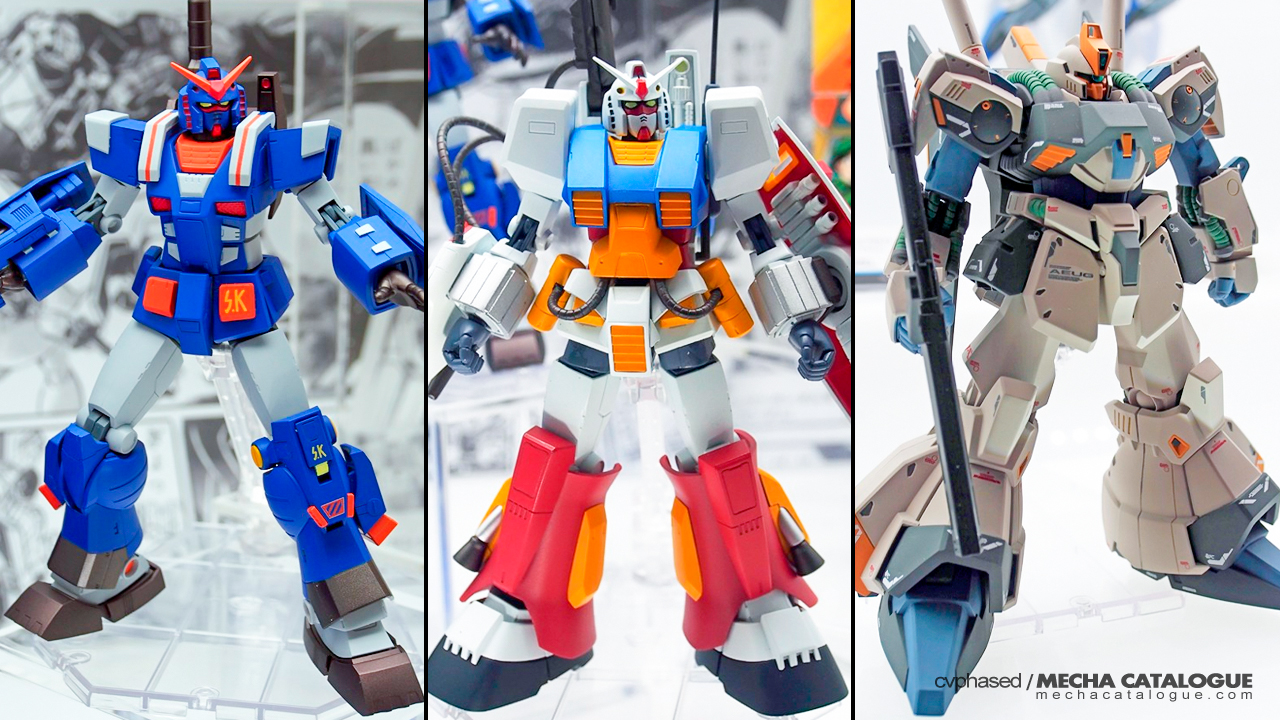 The next three belong are all The Robot Spirits samples with the ‘display only’ tag. Meaning they have no immediate release date, though I’m confident that one of them would be sold in retail, or at least as a web exclusive. Belonging to the ver. A.N.I.M.E. subline are two variants of the Full Armor Gundam. In the middle is Perfect Gundam (ver. A.N.I.M.E.) and on its left is Perfect Gundam II (ver. A.N.I.M.E.) — i.e. a blue recolor of the Full Armor Gundam. The latter is just a color swap so it’s not far fetched for them to release it. However, the Perfect Gundam is a design that I think is quite popular, so it boggles me why the guys at the Hobby Division hasn’t made a new High Grade kit of it, using the ‘Revive’ RX-78-2 as base. Anyway, I believe this one is close to getting an actual release as they have a separate card describing some features of this figure.

On the far right is part of the Ka Signature subline, and I’m only interested in it thanks to the previous reveal of the Build Γ Gundam. This is the Prototype Rick-Dias (also known as the Prototype Γ Gundam) with all the nuances of a Katoki-designed release. I probably won’t get this guy but the design is interesting nonetheless. 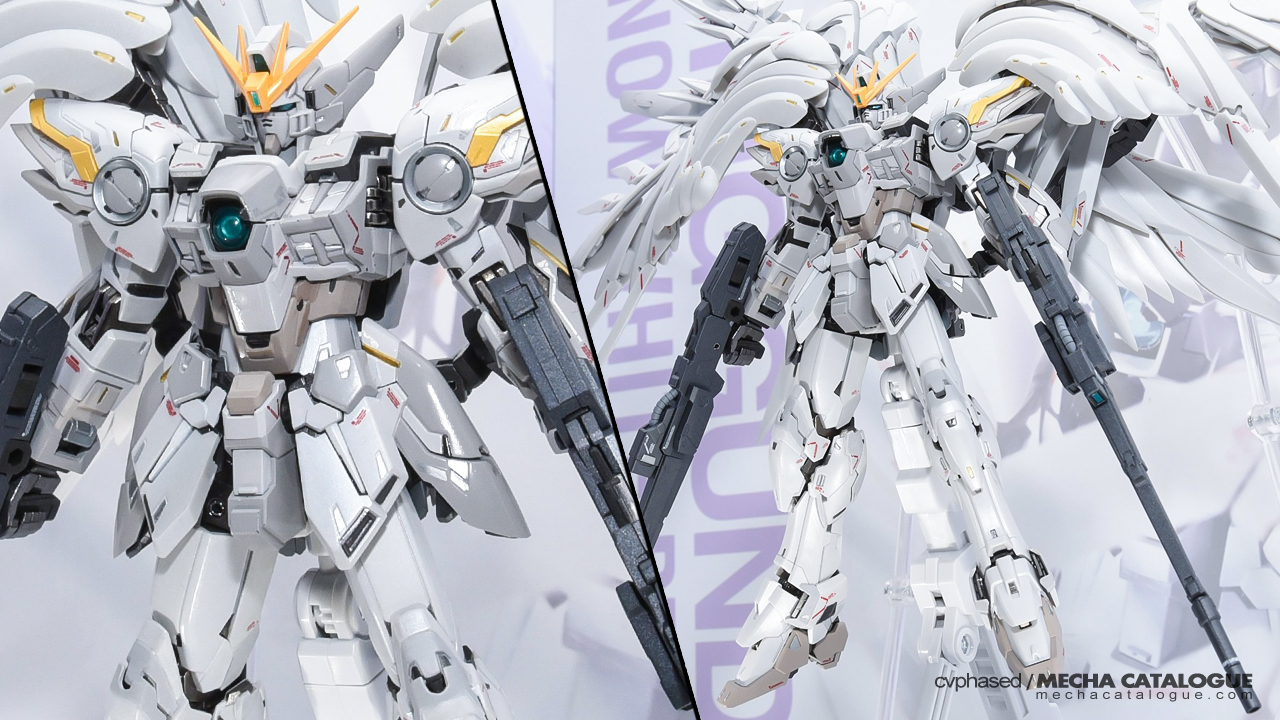 Finally, we have a good look of the Wing Zero variant that appears in Gundam Wing: Frozen Teardrop. Initially given the code name "Snow White", it’s now officially referred to as Wing Gundam Snow White Prelude. It’s essentially the same basic design as Wing Gundam Zero EW except in a more white and gray color scheme. It also appends the angel-like wing binders for a more Seraphim look with an additional pair. As part of the Gundam Fix Figuration Metal Composite line, this is in 1/100 scale. I won’t buy it but having a better look at the design is still appreciated.