Tamashii Nations has a habit of displaying figure samples during shows that aren’t planned for retail (regular or online exclusive) and more of just plain teases, much to the disappointment of collectors. One such show is happening this weekend with Tamashii Nation 2019 and while they still have a lot of samples tagged as ‘display only’, this one is getting a regular retail release. 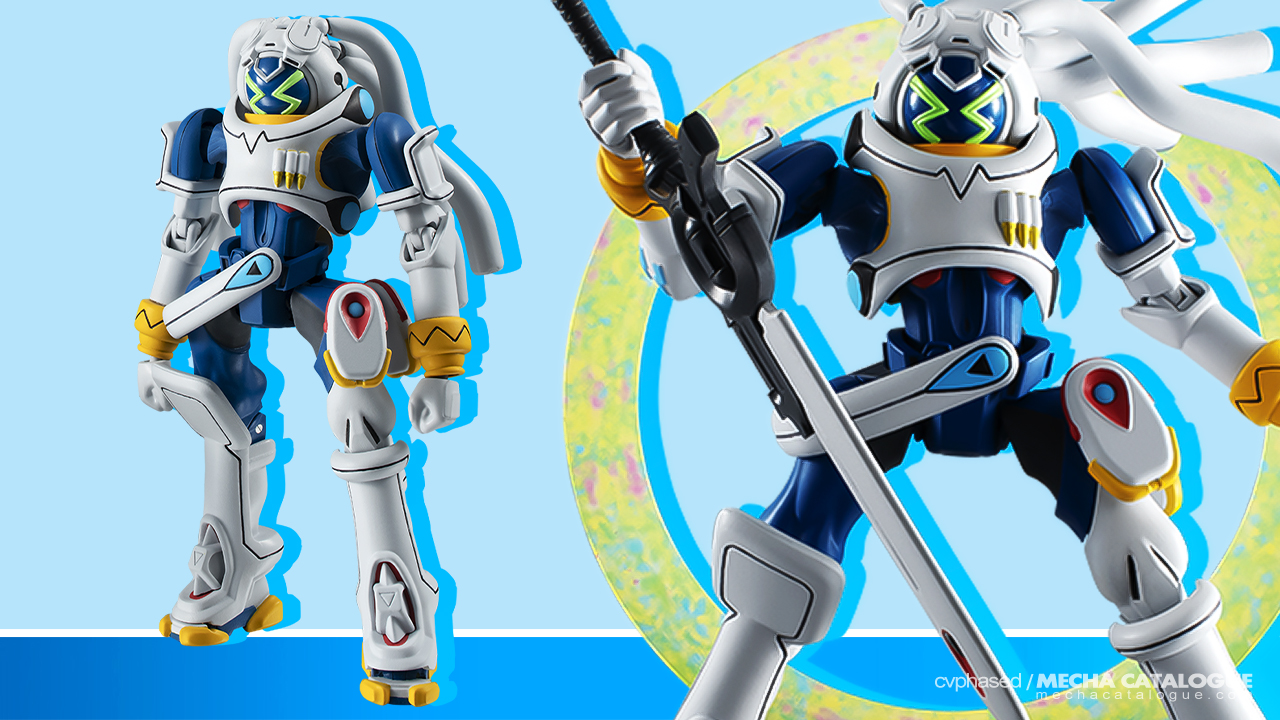 To those unfamiliar, this is King Gainer from the 2002 series Overman King Gainer, helmed by Gundam creator Yoshiyuki Tomino. The story is set years after an environmental cataclysm and everyone now lives in domed cities. King Gainer is an Overman, a biomechanical robot with a very humanoid and organic design. 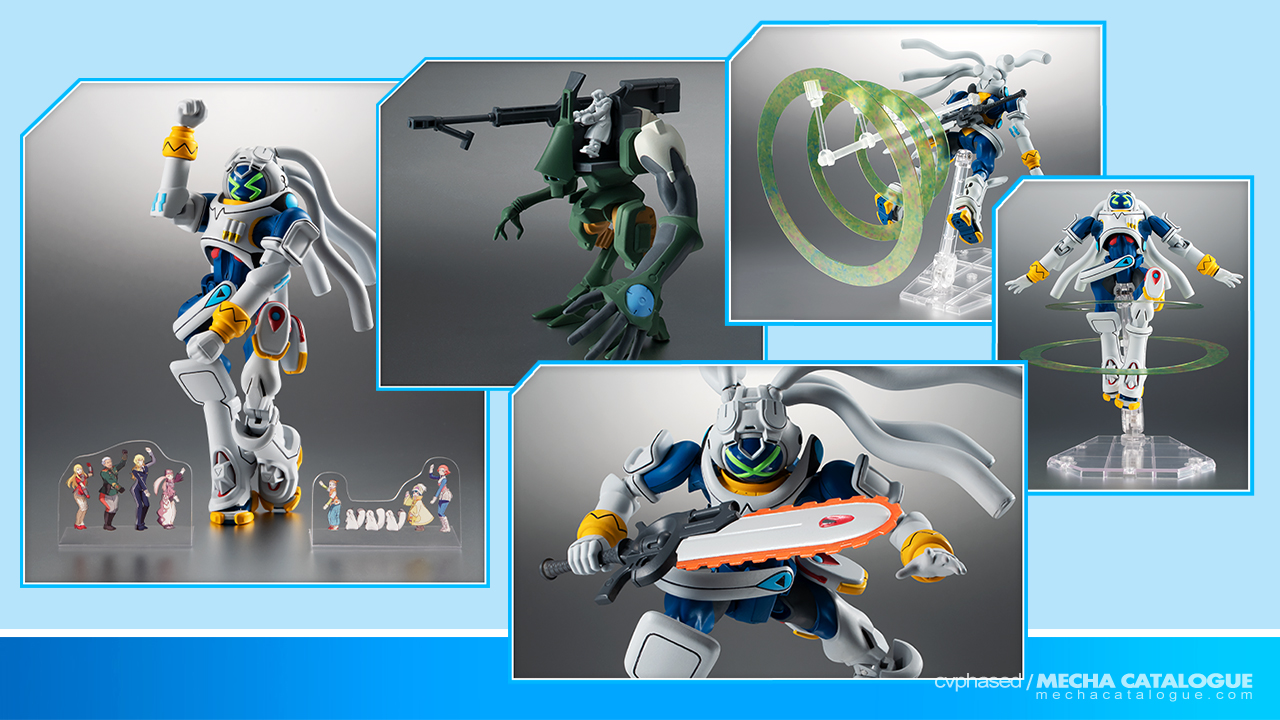 King Gainer is a much lighter series than Tomino’s previous works and it shows with the bunch of stuff included in this figure. For weapons, King Gainer comes with its chain gun which come in its default state and parts when activated. The set also includes photon ring effect parts that are seen whenever King Gainer is flying, as well as an in-scale Gattiko support unit figure with an unpainted pilot.

Finally, and probably the best accessory of this set, are two plates with illustrations of the characters dancing. Yes, this robot has the moves! Above is a clip of the opening sequence where you can see all the hijinks. Because sometimes, you just can’t predict what goes inside the mind of Tomino-san. 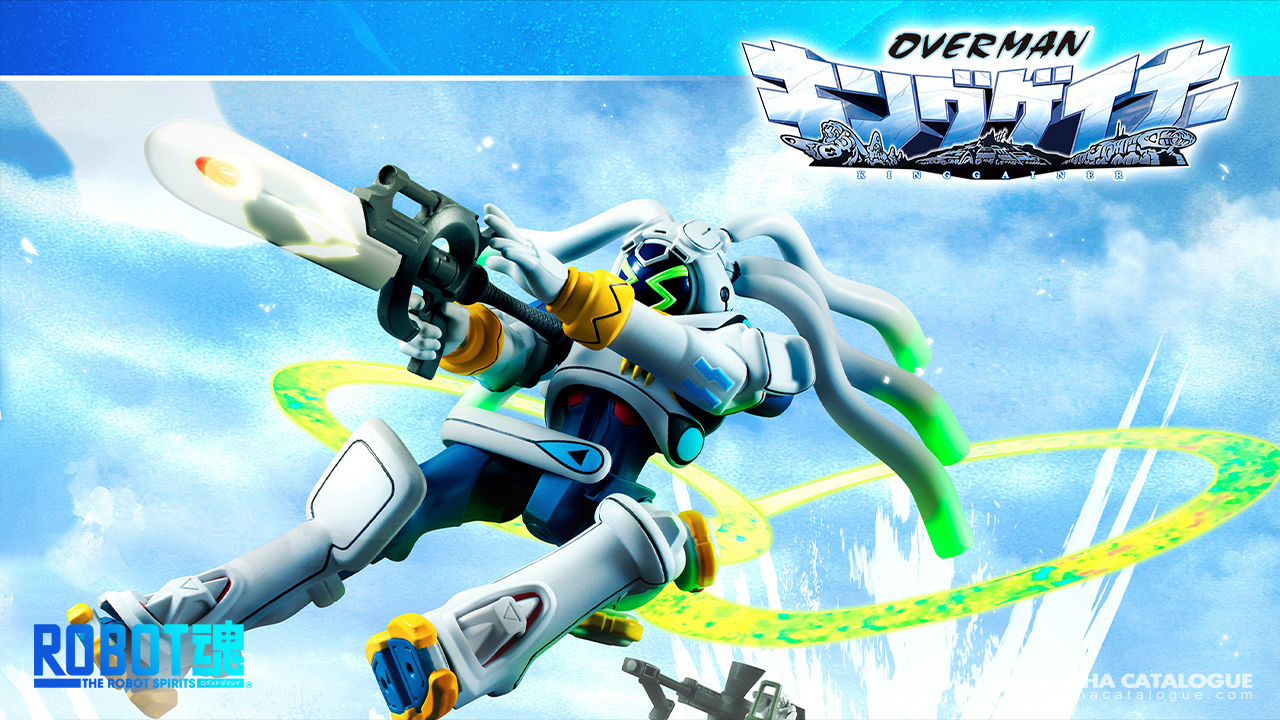 Prior to this guy, we only have the Revoltech Yamaguchi King Gainer, and an Dengeki Hobby Magazine-exclusive variant Xan, as figures. Hopefully, Tamashii Nations would do more Overman units, because we need more dancing mecha in our collection.