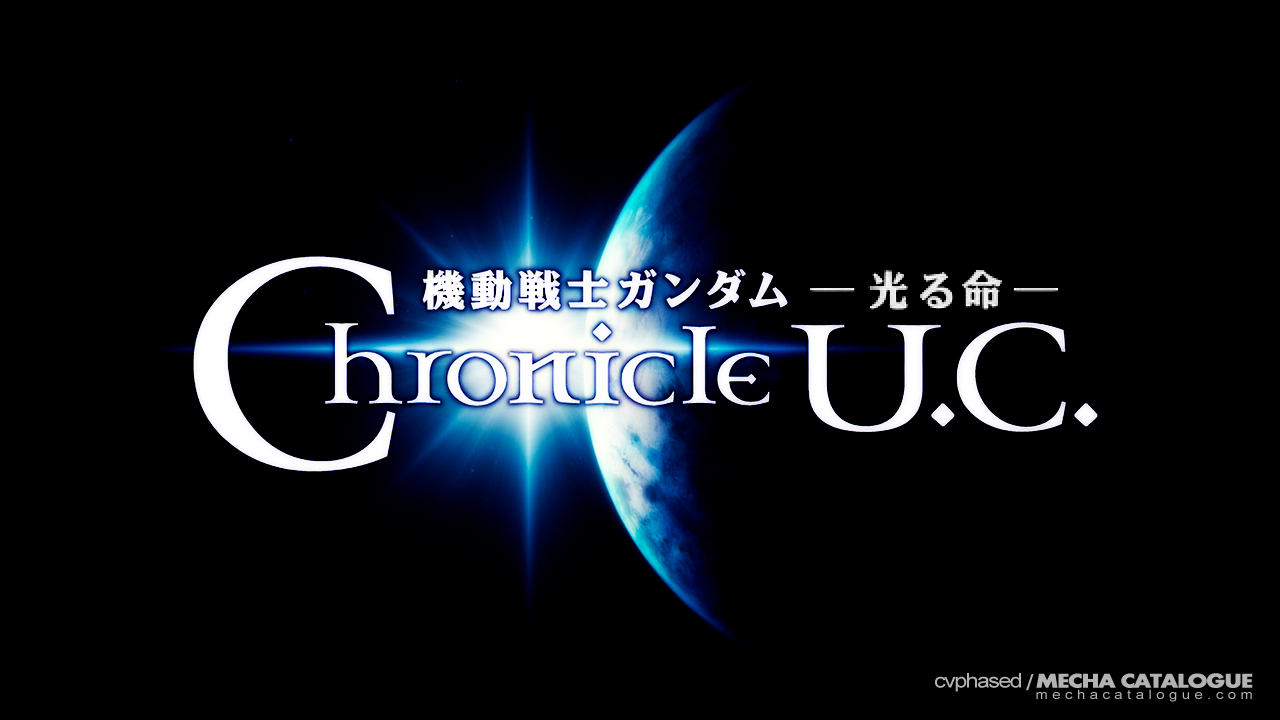 Here’s something I totally didn’t catch until I saw some interesting thumbnails on YouTube. Supposedly included as a bonus feature in recent reissues of various Gundam movies is Mobile Suit Gundam —The Light of Life— Chronicle U.C., a 40-minute clip show explaining some key concepts of the Universal Century. Amuro Ray and Lalah Sune are the narrators for this clip but what’s more interesting is how it starts and ends. 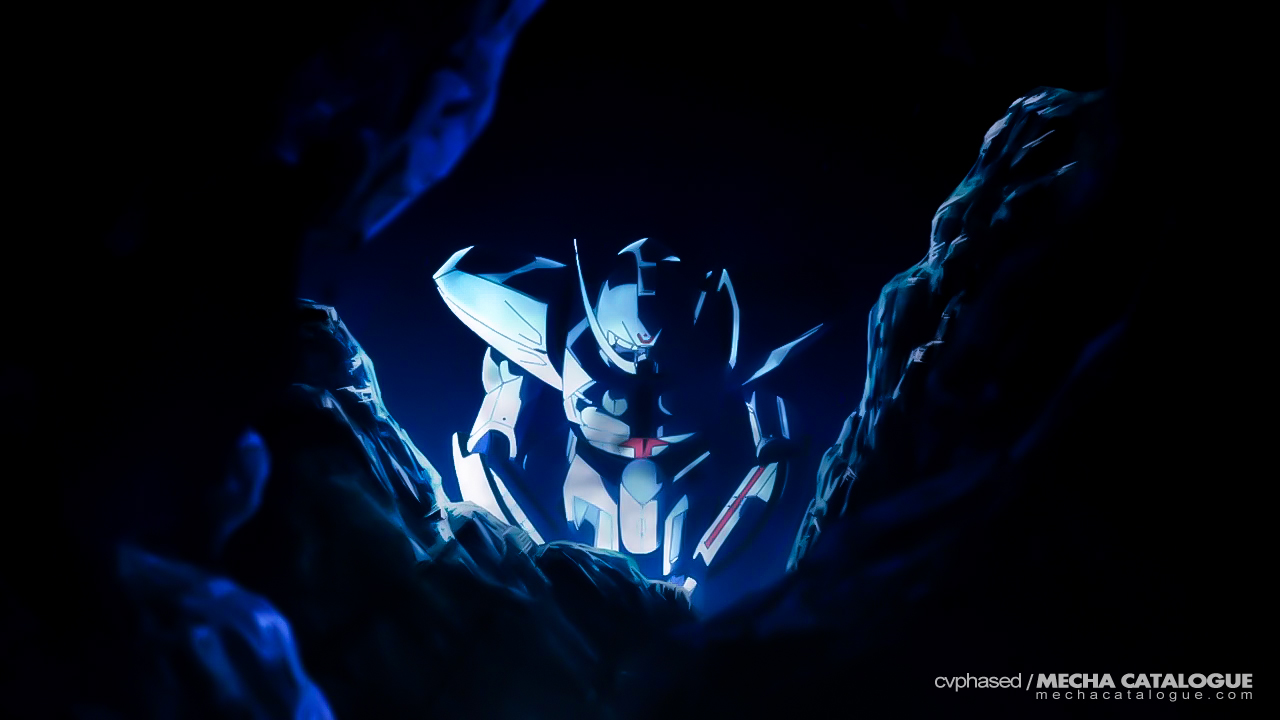 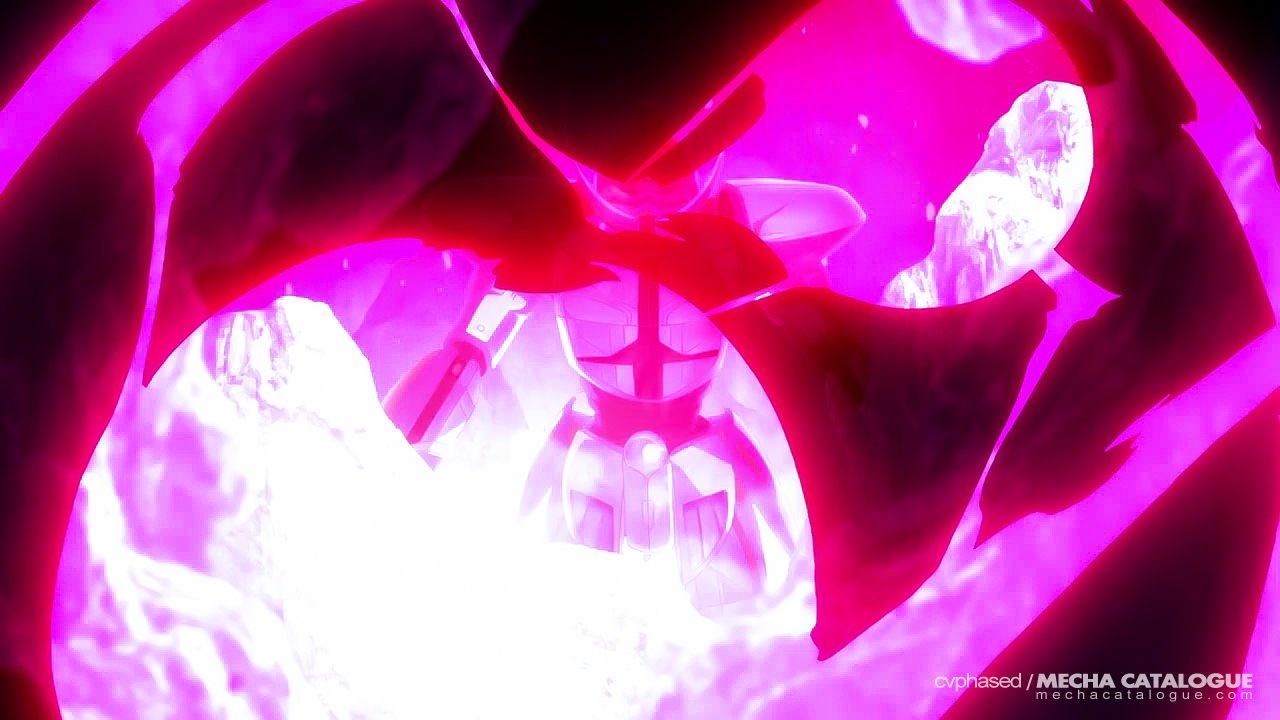 The special movie opens with a very familiar yet somewhat different silhouette. A couple of seconds later, it is revealed as the ∀ Gundam albeit in mostly white with red and gray accents. It also appears to be powering up and immediately heads up directly above. 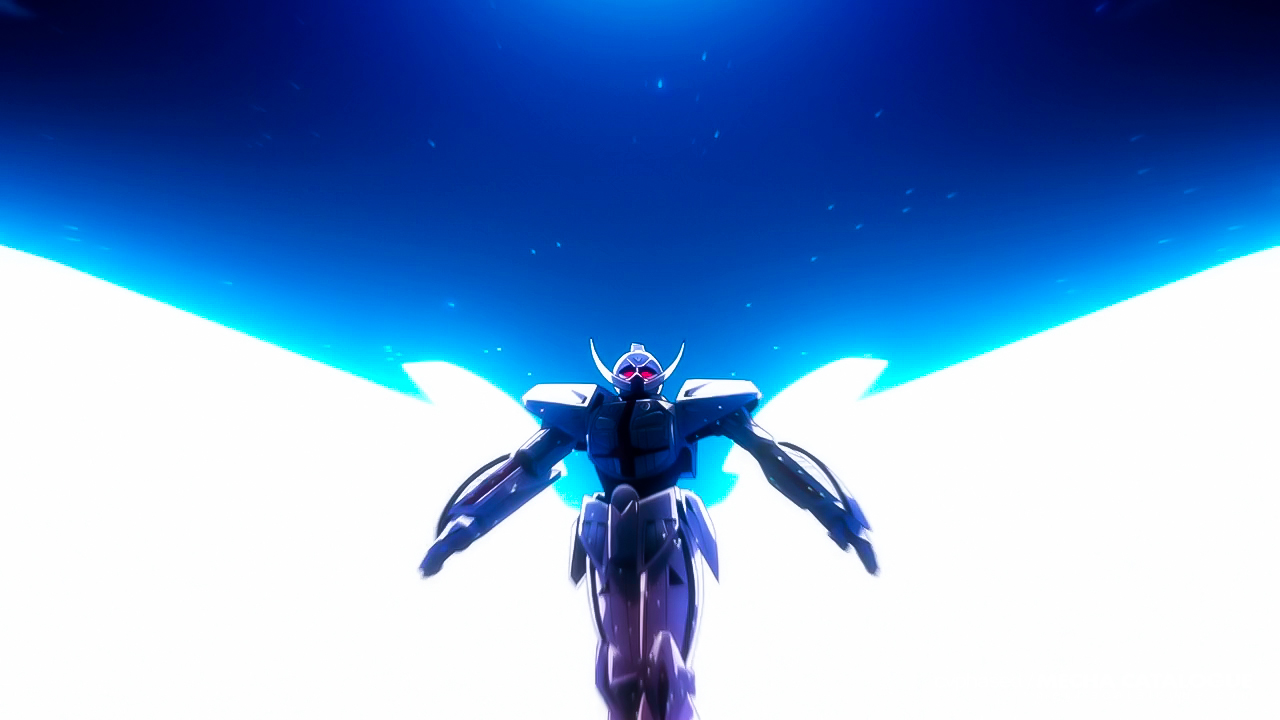 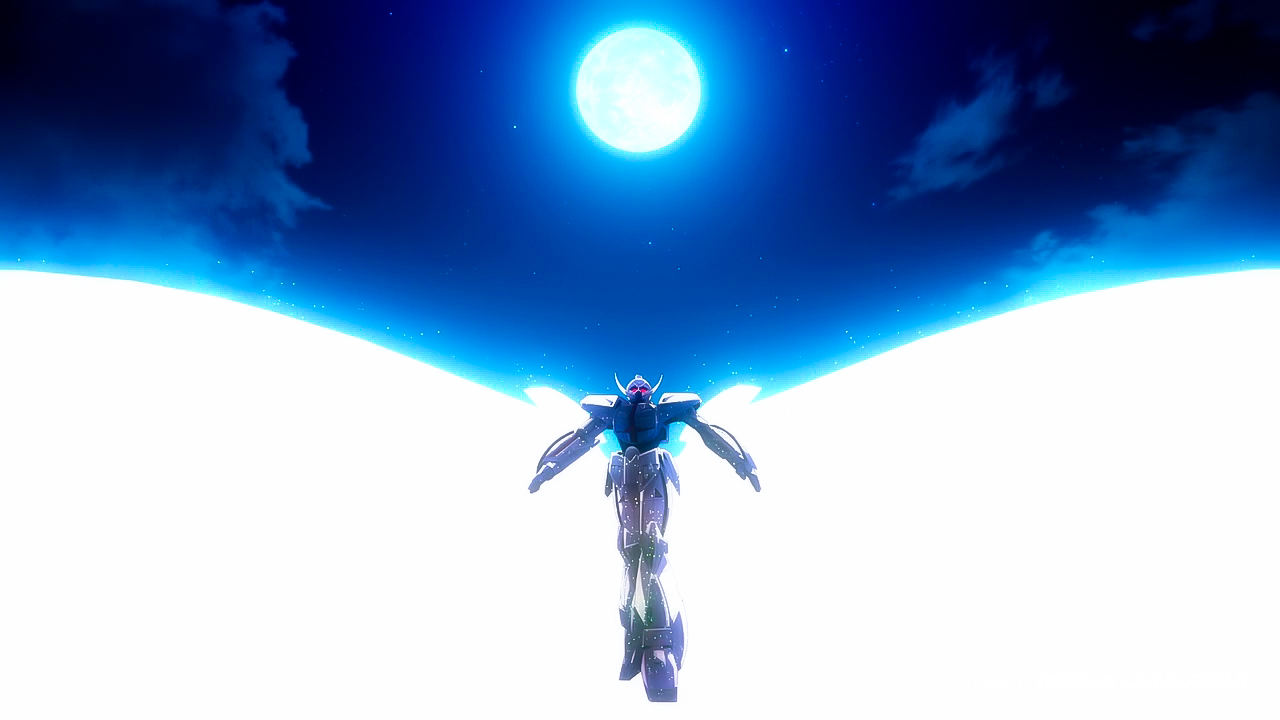 The ominous figure hovers above, beneath the clear moonlight and reveals itself to be a mobile suit. Blinding light suddenly appears on its back and takes a familiar form — that of the wings of a butterfly. 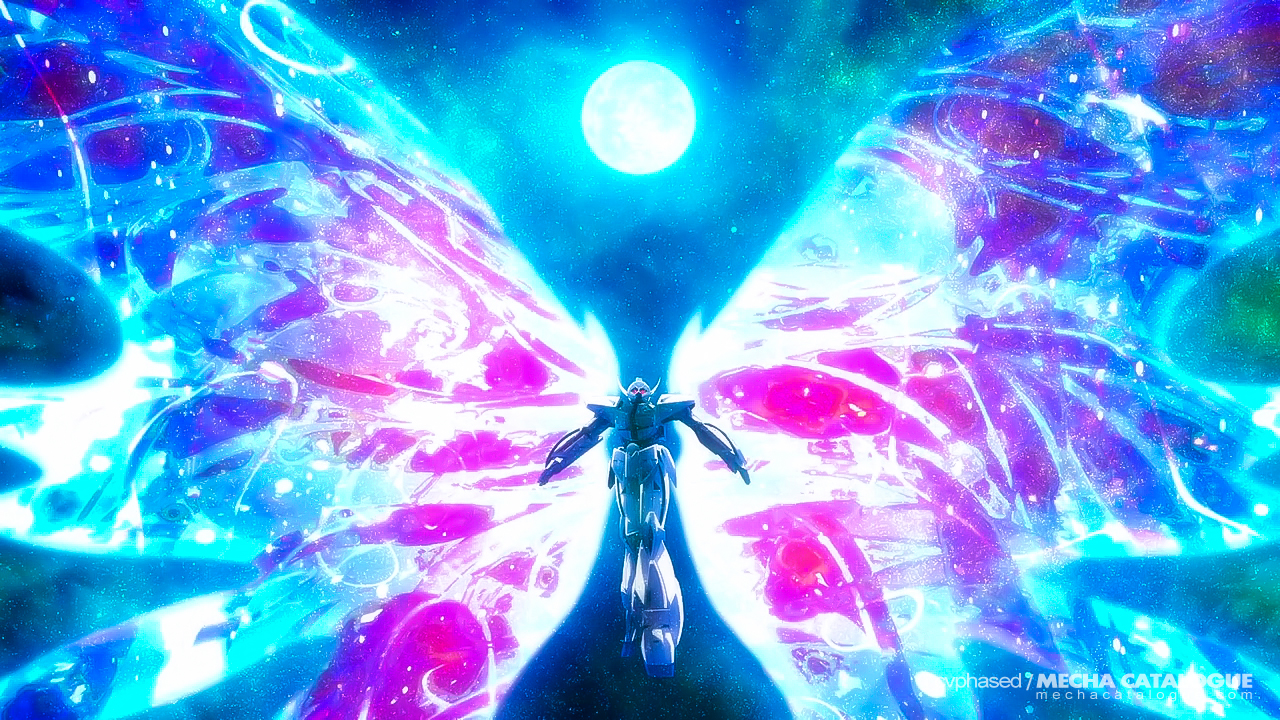 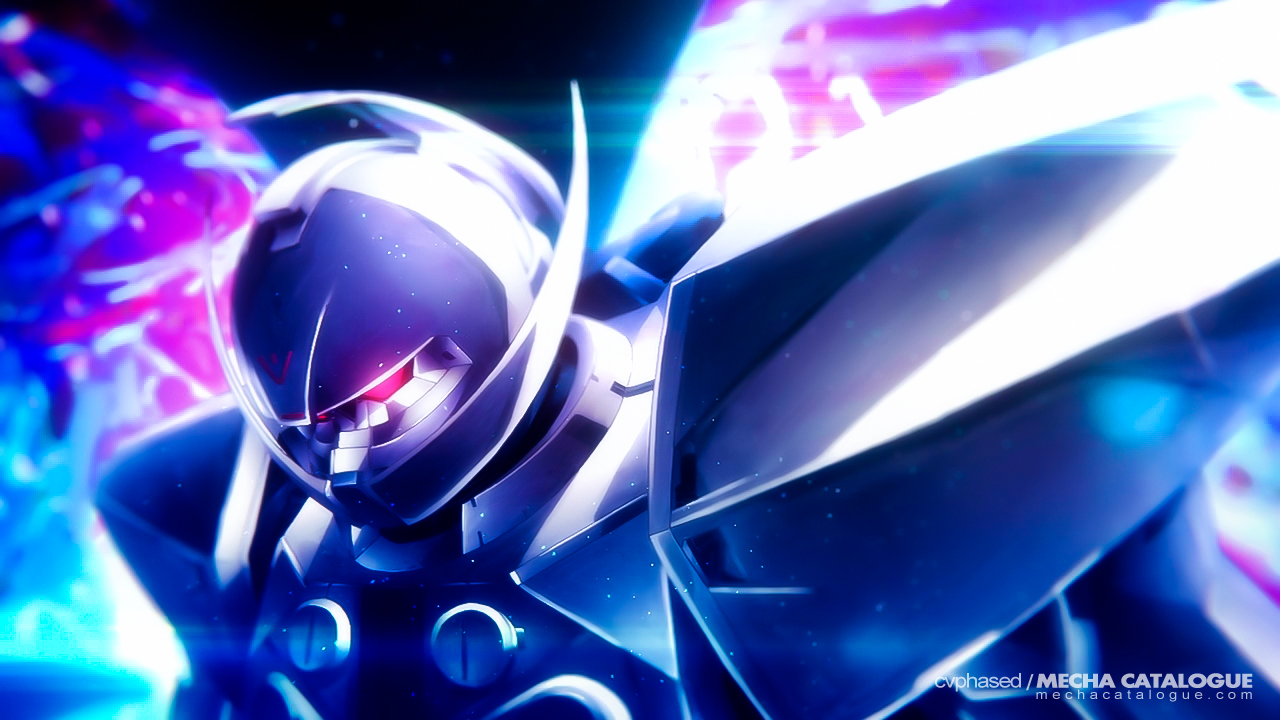 The mobile suit powers up, bringing a spectrum of hue and color to the bright butterfly silhouette. The continuously shifting colors look mesmerizing, but it also sets a precedent for the impending destruction. 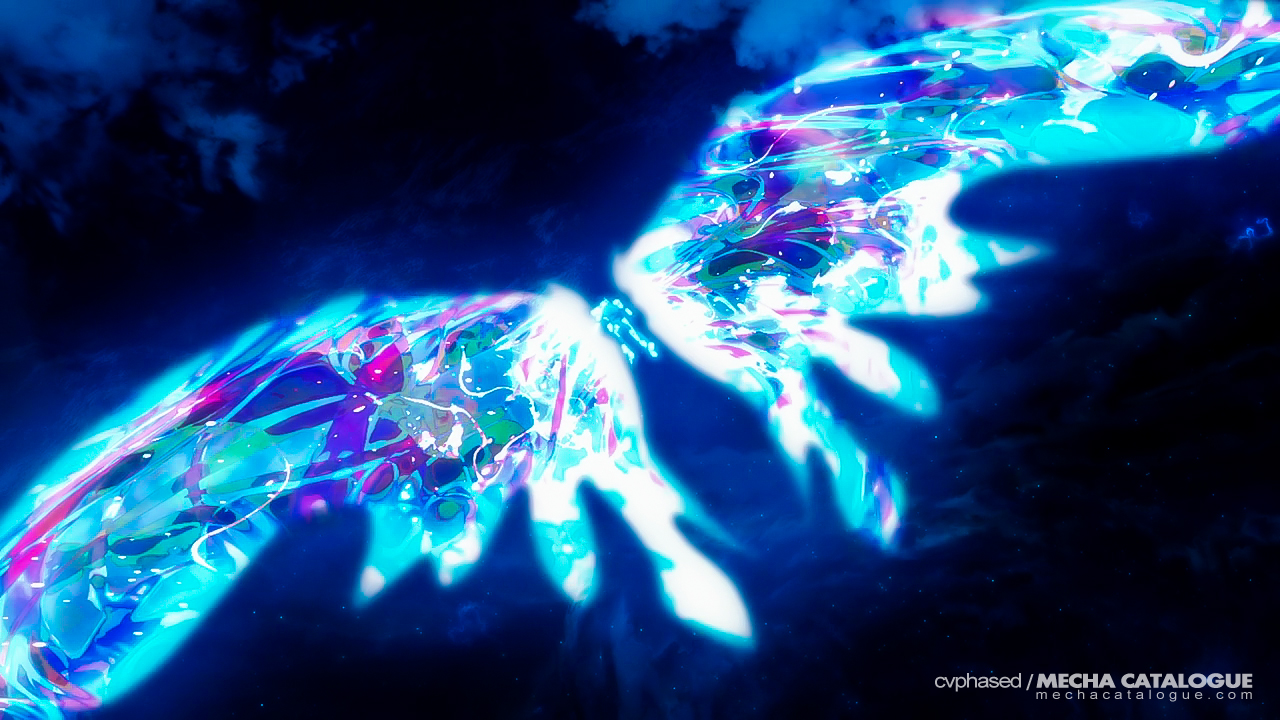 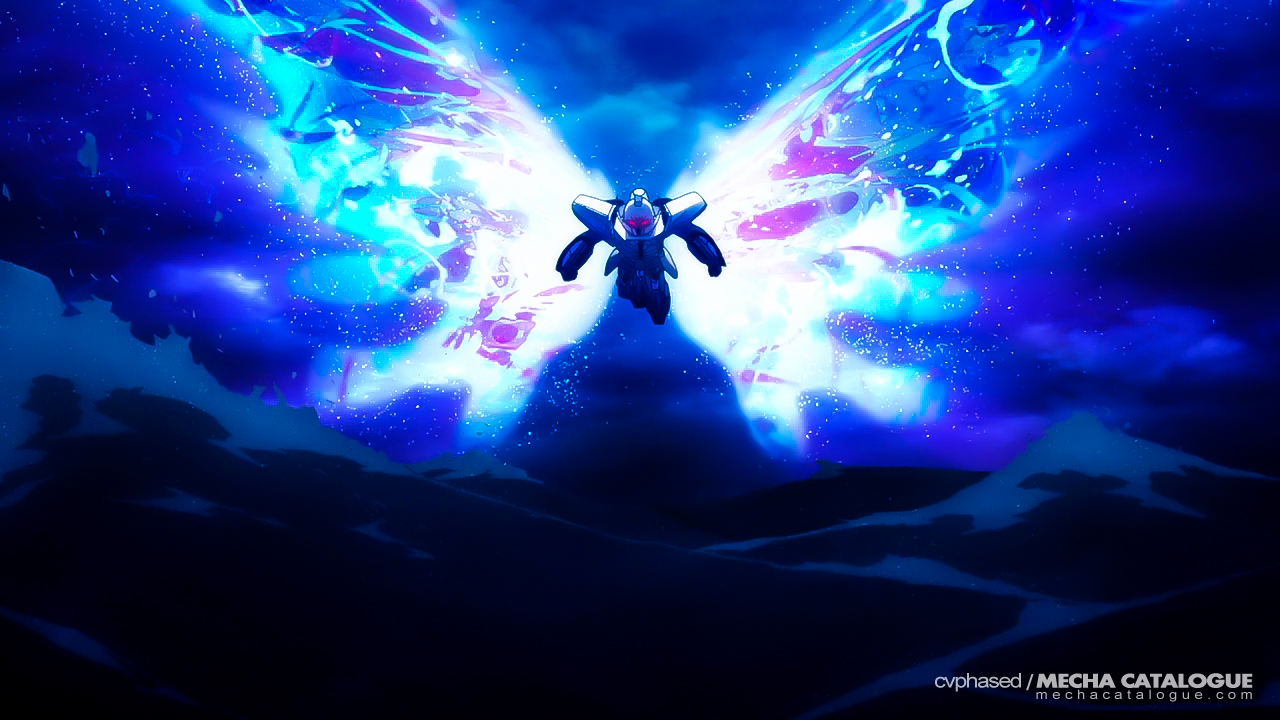 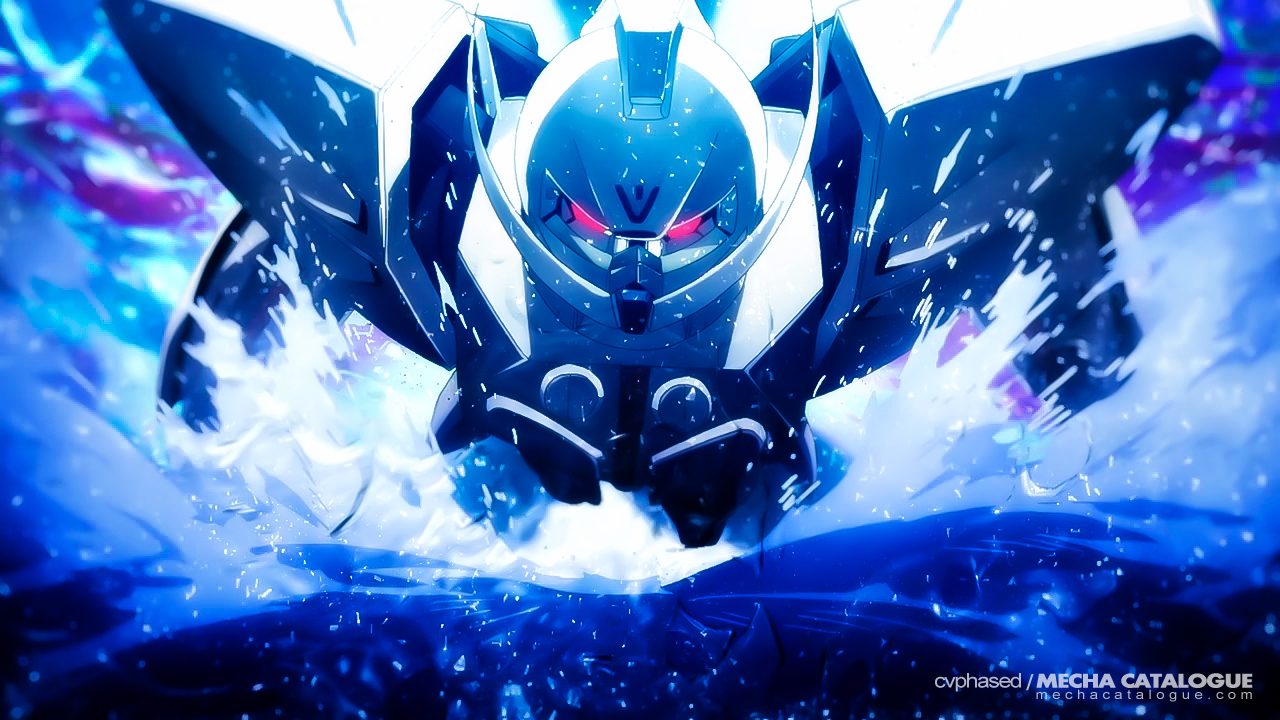 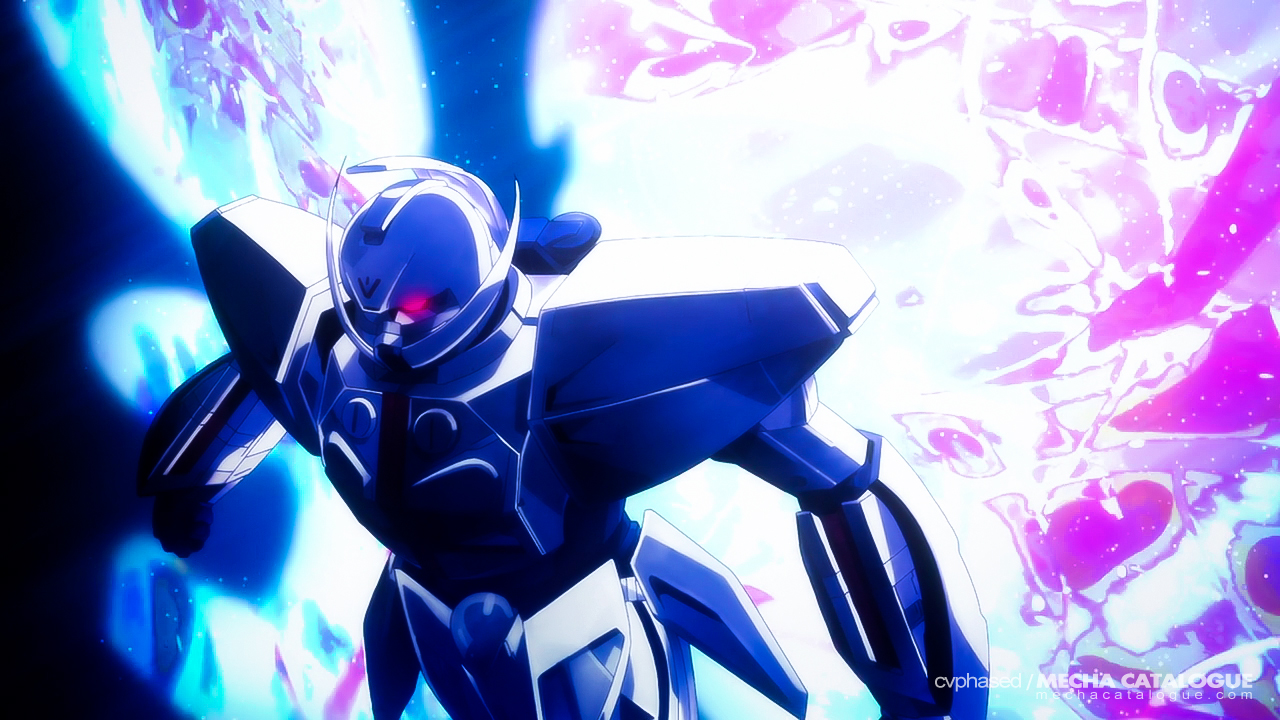 The white mobile suit starts to move, further revealing itself to be one of those “Gundams” of legend. As it goes forward, the nanomachines embed themselves with the atmosphere above, creating ionic storms in its wake. Everything the nanomachines reach turn into sand — our civilization, our technology. Nothing remains intact, not even our culture, nor our legacy as the Gundam continues to cover the entire planet. 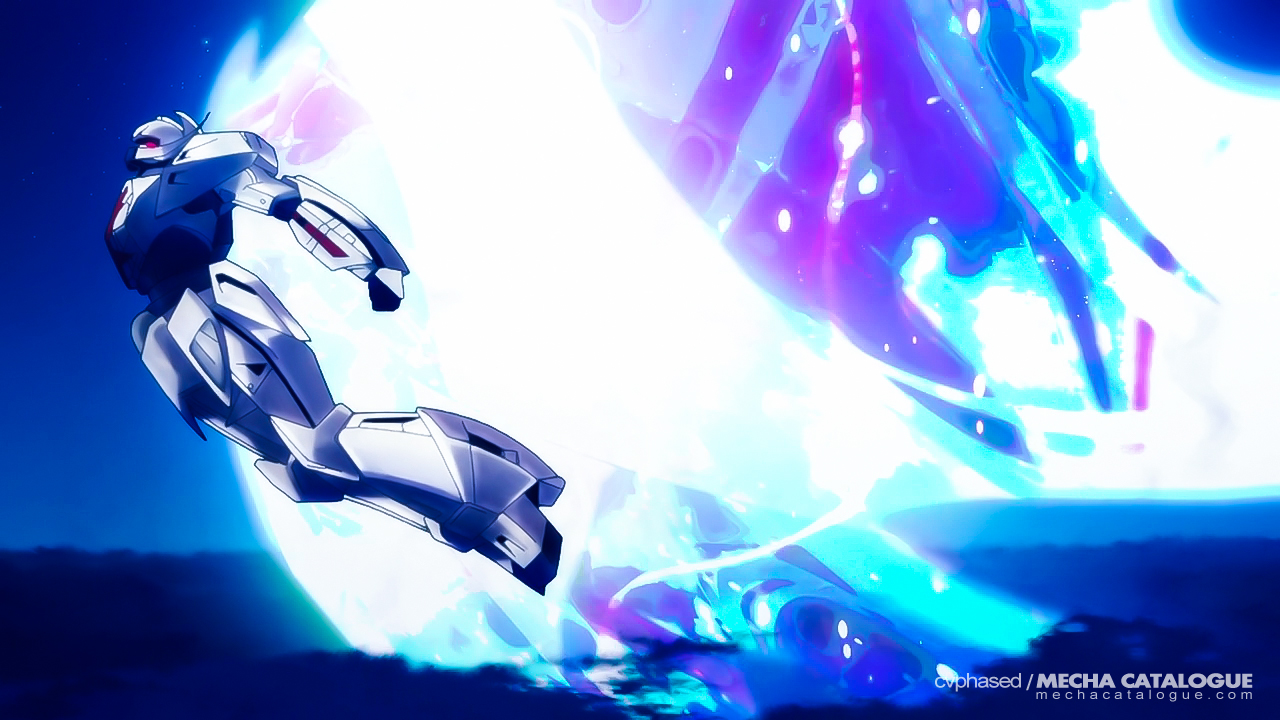 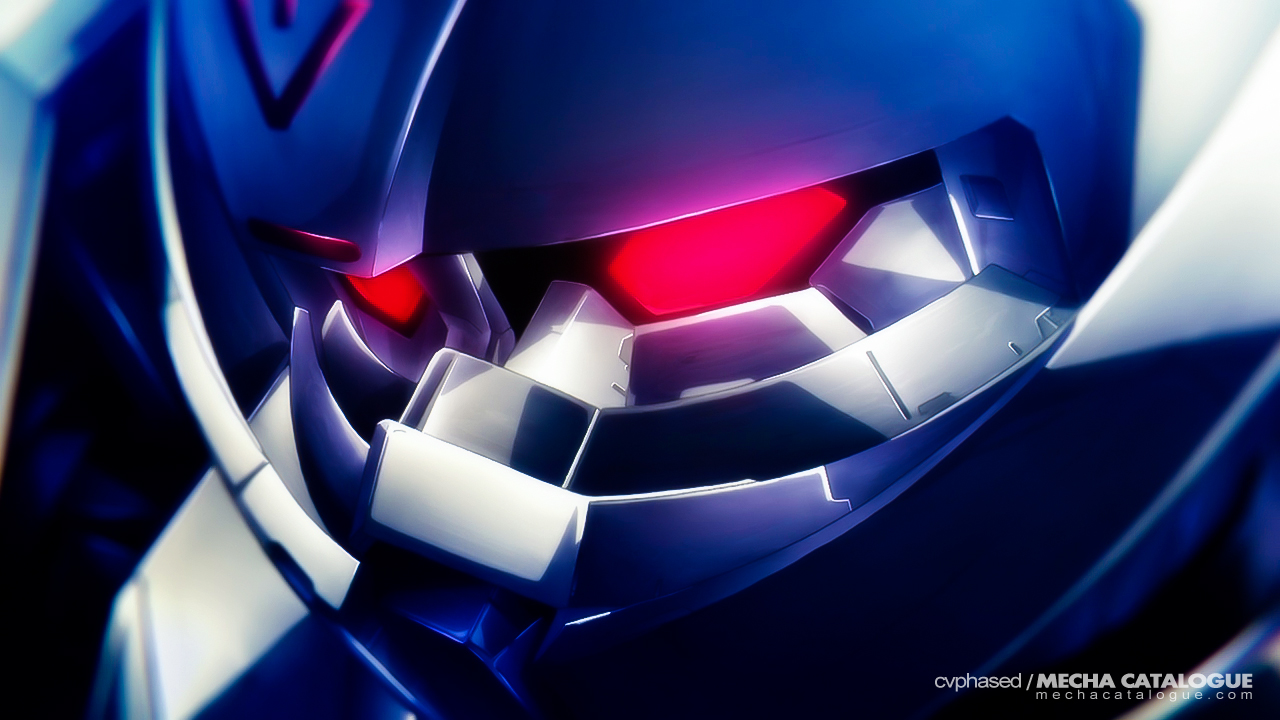 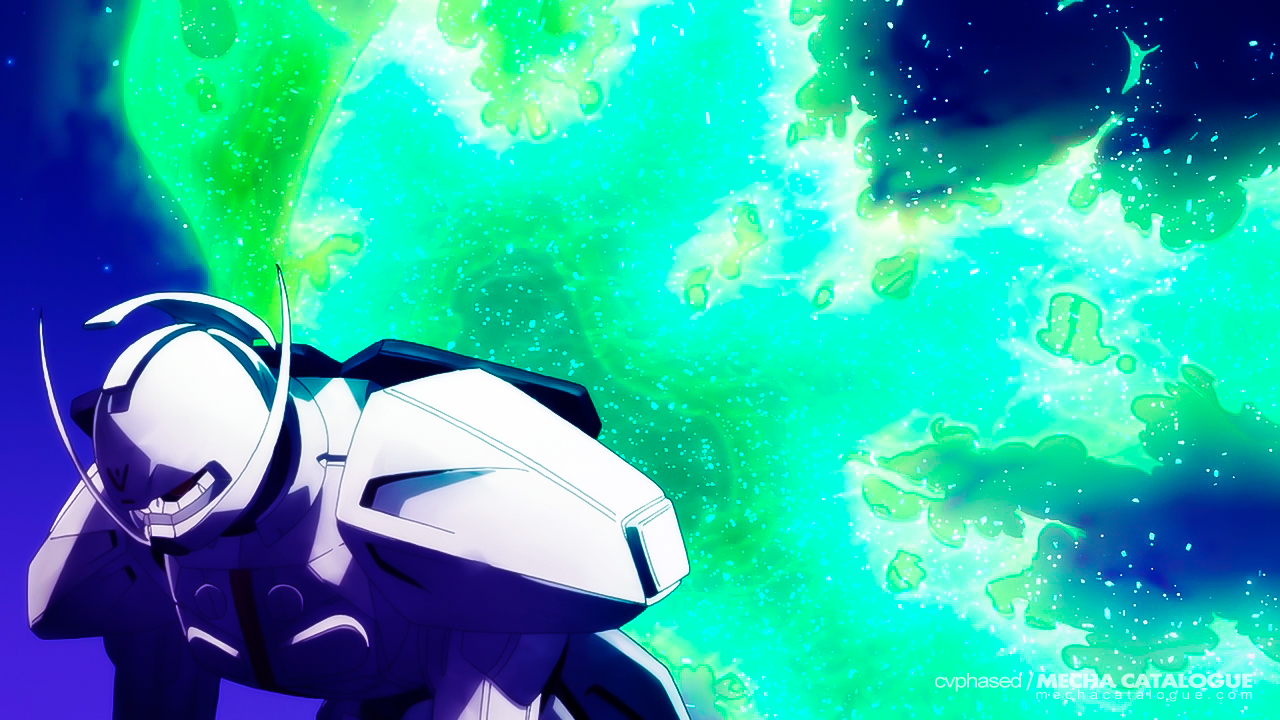 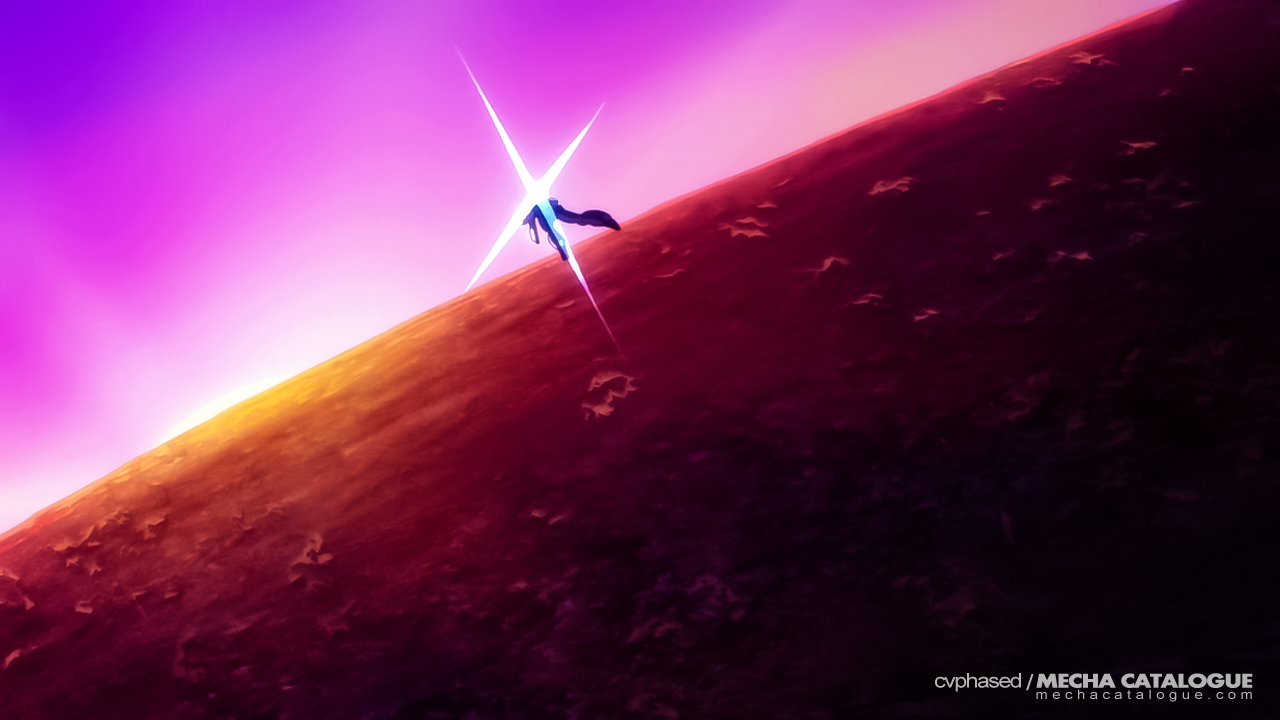 As the world turns completely dark, traces of humanity are now gone, buried in the sand. As the Gundam completes its mission, it rises above the clouds and gives one last radiance to its beautiful yet destructive power. Its optics go dark and remains there floating until it buries itself under the sand. It will stay there for millennia until the cycle or war and destruction restarts anew and as if observing humanity, the white Gundam would rise once more and repeat what it has done many times before. 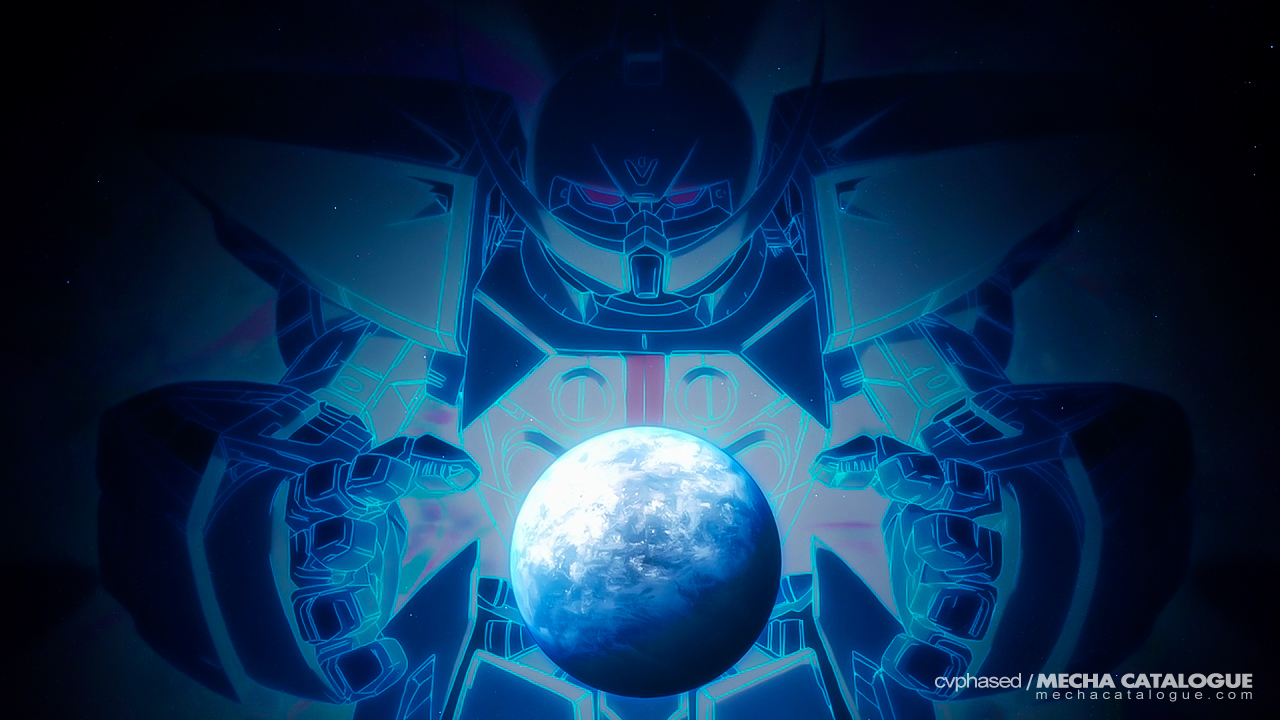 Okay, I really tried to be poetic in describing what’s essentially the final moments of a thriving civilization before the ∀ Gundam presses the reset button. The parts I described are only the book ends of this special movie though it also hints something more interesting. After sealing the fate of the Universal Century, the movie suggests that the alternate timelines would rise afterwards as clips from G Gundam to Iron-Blooded Orphans are shown one by one. Furthermore, it also hints of the future, particularly Hathaway’s Flash and more surprisingly, Moon Gundam.

What do I think of this special movie? Well you can either take it figuratively in the context of the Gundam franchise going beyond to the future, or you could take it literally and connect everything into one spiraling timeline. Heck, the dialogue even says that each civilization lasts for around 10,000 years and any traces of it will be gone after 100,000 years so who knows who might have come before. I also like how it updated the whole Moonlight Butterfly sequence originally seen in ∀ Gundam, showing a totally different Gundam from what we saw in the series. Somewhat this gives more credence to the theory that the ∀ Gundam responsible for ending the Dark History was a lot more powerful from what eventually appeared in CC 2345. Heck, I am also thinking of building this version of ∀ Gundam, mostly in white with red and gray accents.