Mecha musume (def.) isn’t the niche subgenre of mecha that it was a couple of years ago. While Bandai Spirits is still getting a proper foot hold with their Figure-rise Standard kits, Kotobukiya is hitting every mark with their Frame Arms Girl and Megami Device releases. So here is Kotobukiya, once again flexing their mecha musume prowess, revealed their next kit. 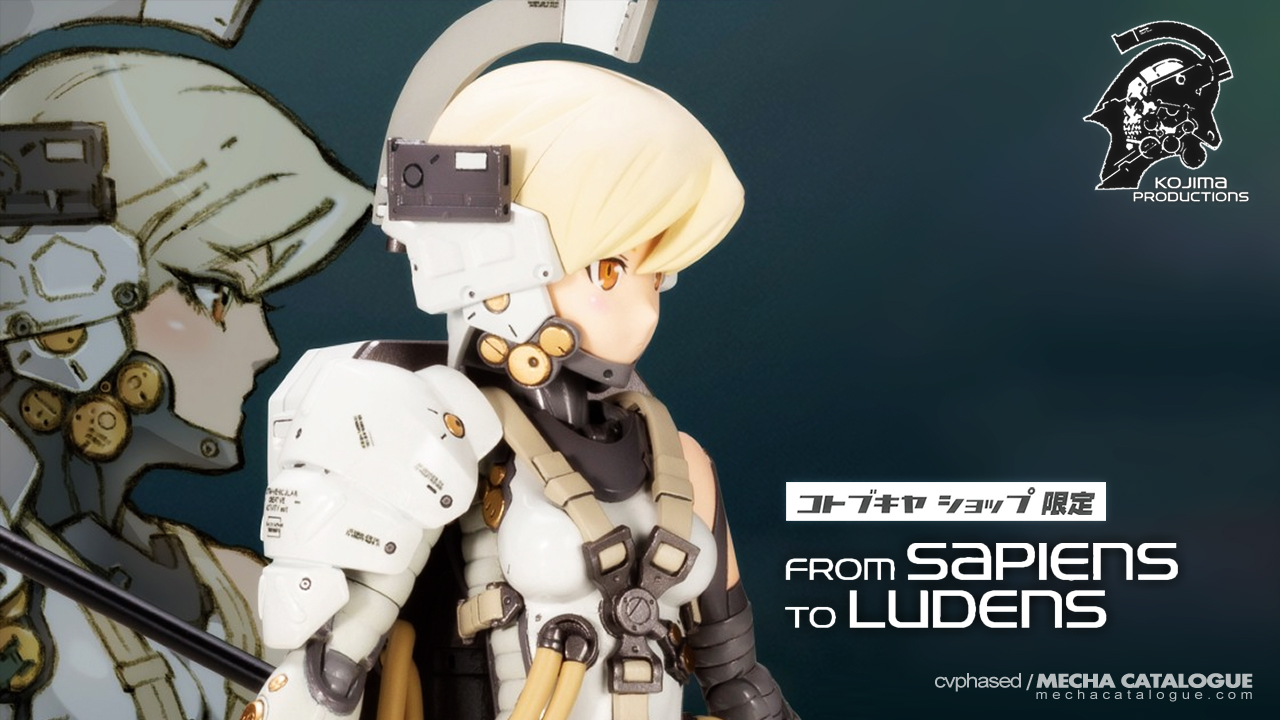 You saw that right, this is Ludens utlizing the EVA Creative Suit, the mascot character of game studio Kojima Productions, and turned into a mecha musume kit designed by Yoji Shinkawa. According to Hideo Kojima, Ludens is us, every player wearing that skull mask, and further emphasized in the company message entitled From Sapiens to Ludens — "We are Homo Ludens. We are those who play." 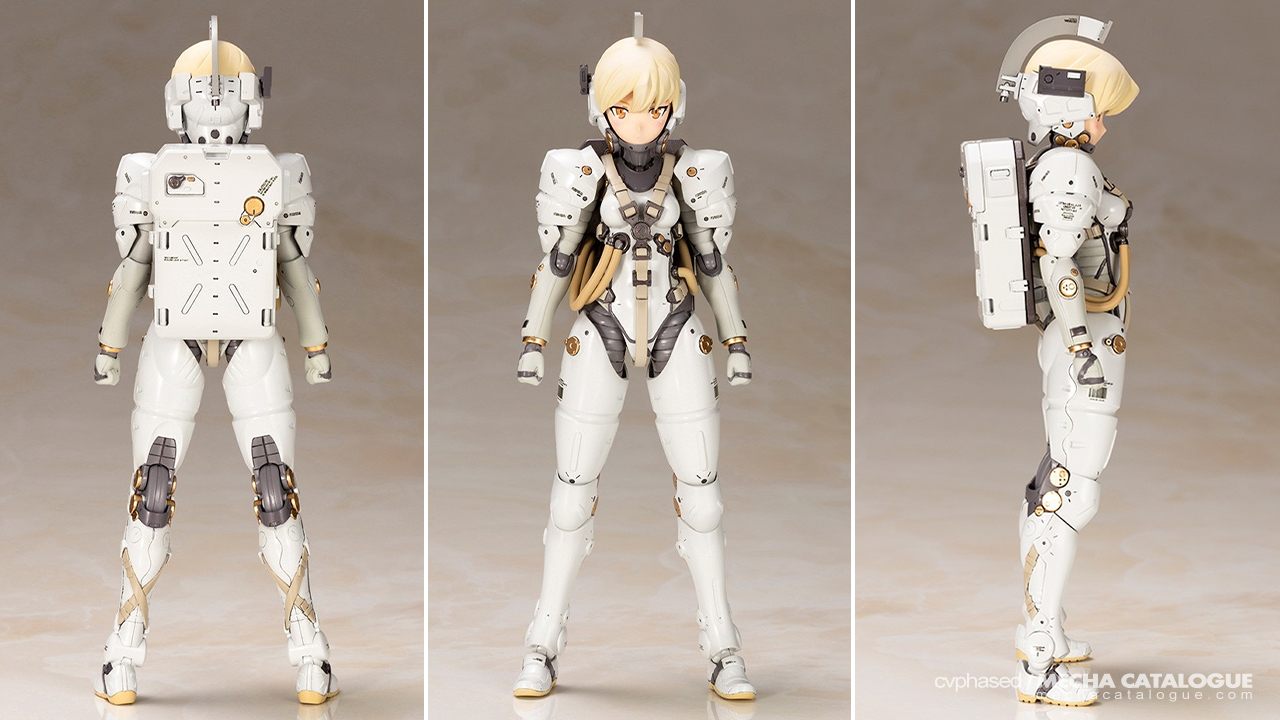 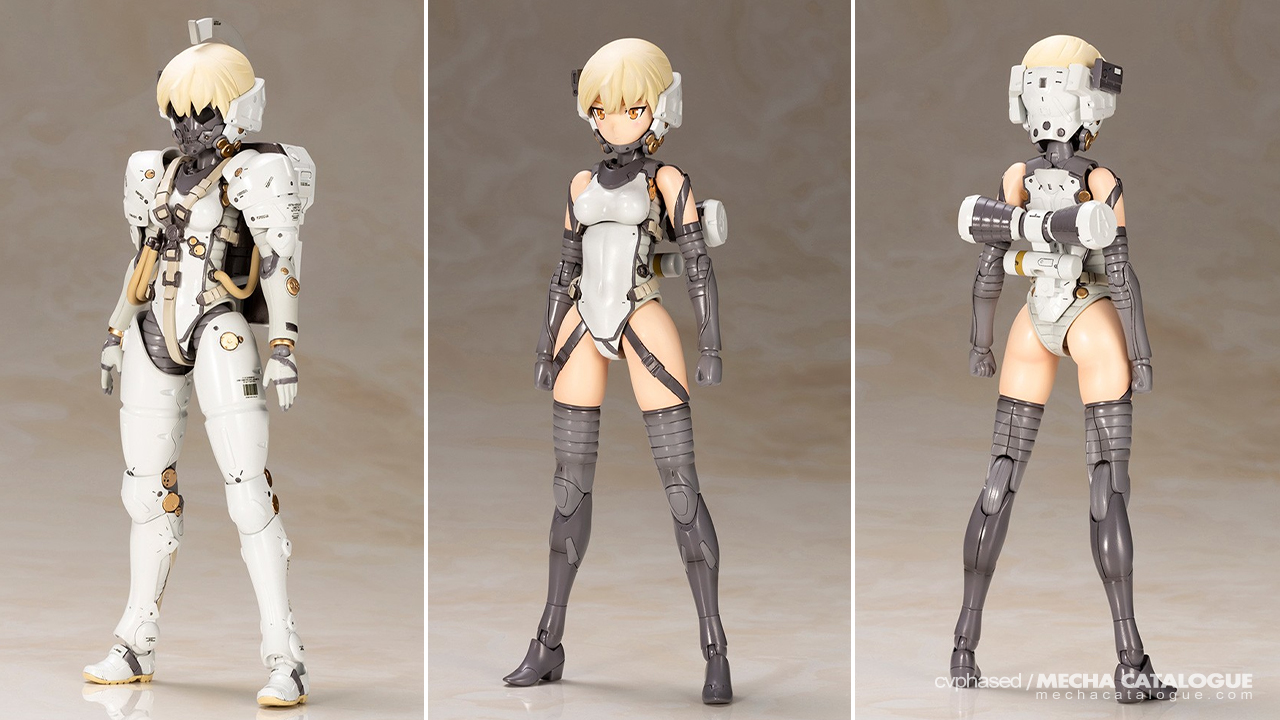 Ludens is non-scale, standing at about 170 mm, but is very much compatible with Frame Arms Girl and Megami Device kits when on display, as the latter two are also designed by Yoji Shinkawa. It comes with three facial expression parts, all pre-painted. Arm and leg parts not wearing the EVA Creative Activity Suit are also included though I’m not sure how much disassembly is required for the body to replicate the same effect. 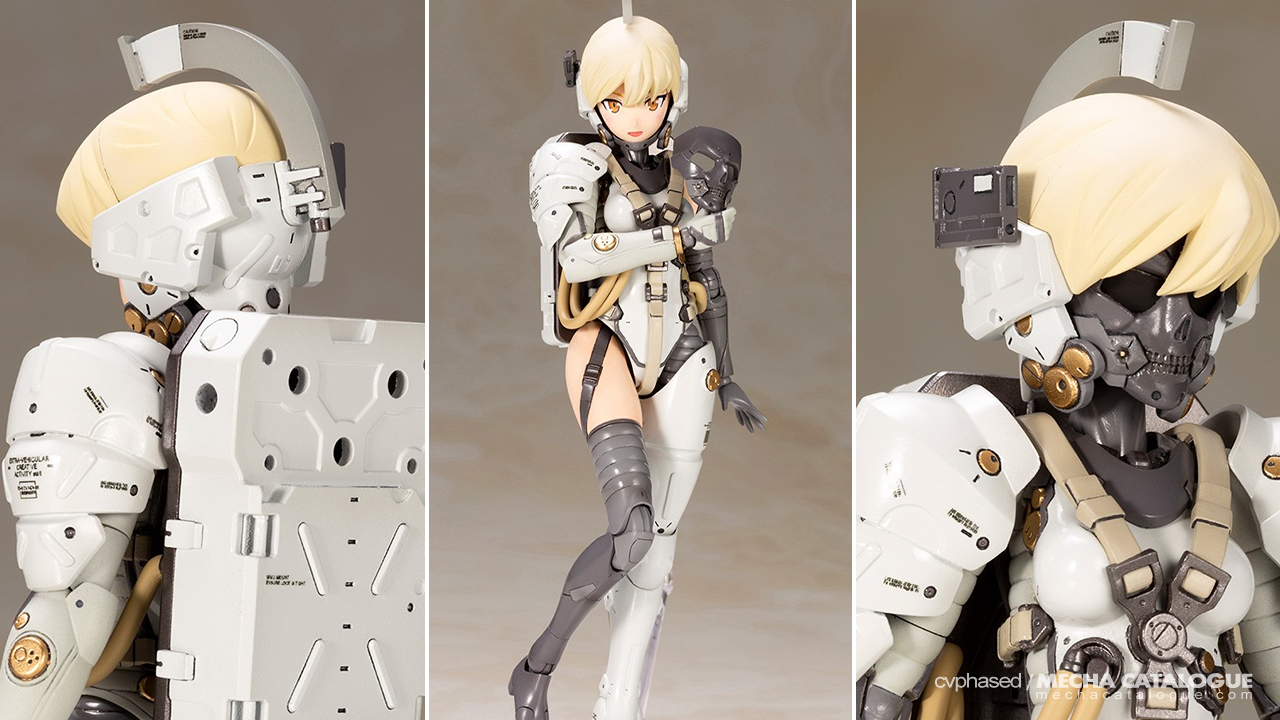 For accessories, the kit comes with a painted "Spear Flag" with the Kojima Productions logo on the included black or clear green flag parts. A skull mask part is also included that can be used as facial replacement or be held by hand. Ludens uses the same 3 mm hard points, Modeling Support Goods (MSG), Frame Arms Girl, and Frame Arms option kits. All of these allow for a wide range of customization.

I already have this kit on pre-order and will definitely look best along side the white recolor of the Frame Arms Girl Gourai Kai slated for November. Which reminds me, do I have that kit on pre-order too?