The last Gundam Breaker title, New Gundam Breaker wasn’t received very well by those who’ve played the previous two installments. So I’m not quite sure if this title is in response to that reception, but Bandai Namco has announced the next game in the series and we’ll be going mobile with the obviously titled Gundam Breaker Mobile. Oh and this will also get a US release under a not-so-obvious title, Gundam Battle: Gunpla Warfare.

Consequently, they also released the opening animation which is very reminiscent of Gundam Build Fighters. I’ve included the clip below and I actually found this 1.5 minute video more interesting than the majority of Gundam Build Divers. #burn

The opening animation introduces the characters you’ll be interacting with as the protagonist in the game, as well as the Gunpla/mobile suits they’ll be using. So the following is my attempt at guessing which mobile suits were used to build these custom ones and whether these designs could possible foreshadow future model kit releases. 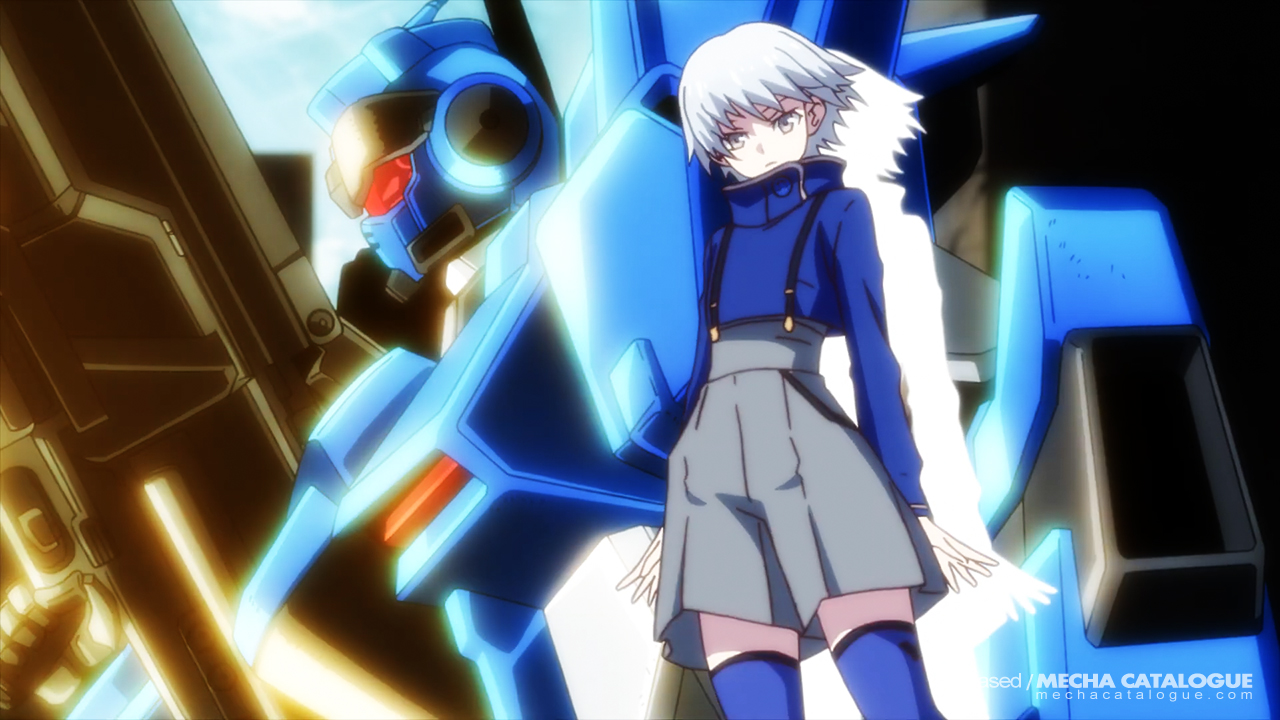 The daughter of a Gunpla company president. She was already competent enough to give adults a run for their money by the time she was in preschool. She broke her winning streak for the first time when she lost to Rindo in the Nationals. She wants a rematch so she can get her groove back.

She appears to be using a blue custom Heavy Weapons variant of the Pale Rider. 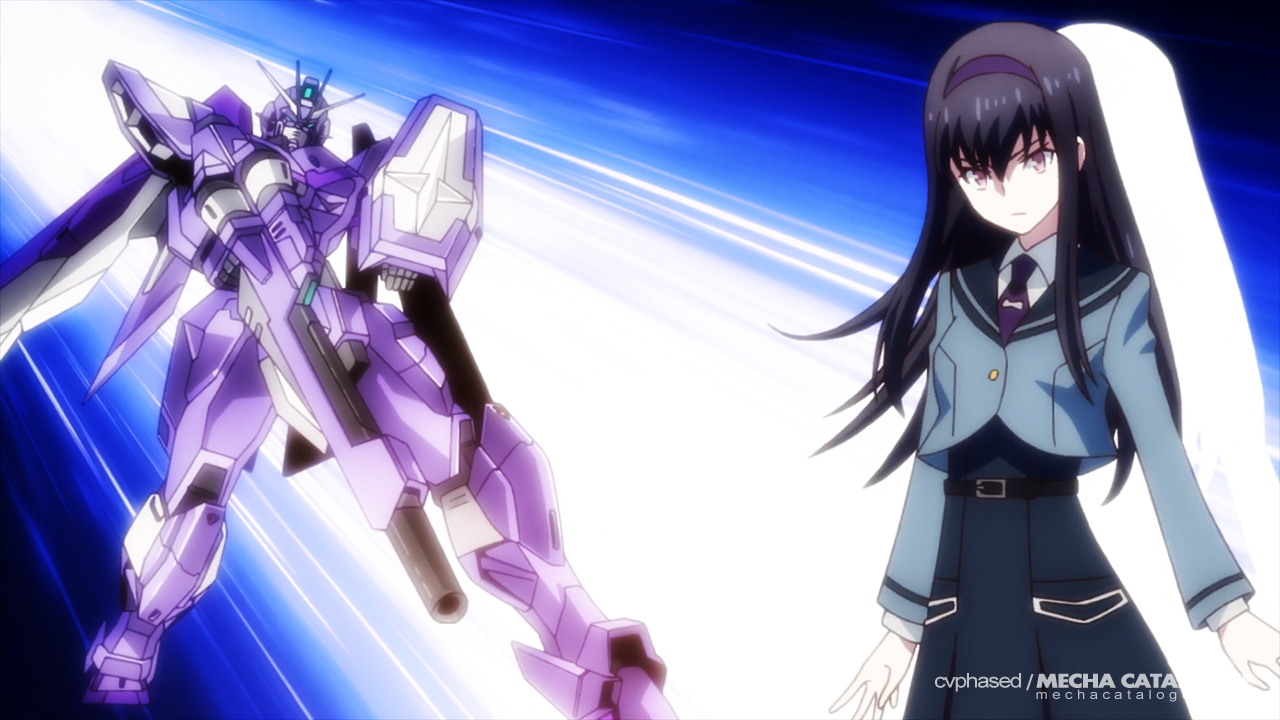 With a pro builder as a father and a pro fighter as a mother, Gunpla runs in Rindo’s blood. She secured a sponsor contract and went pro while still in high school. In her first year, she was known as the Gunpla club’s ace and win the National Championship Singles. In her second year, she became captain.

Just to note, I’ve changed all reference pronouns from male to female as the former is likely a translation error on Bandai Namco’s part. That aside, she appears to be using a dominantly purple kitbash combining the arms and wing binders of the Wing Gundam with the rest of the Impulse Gundam. 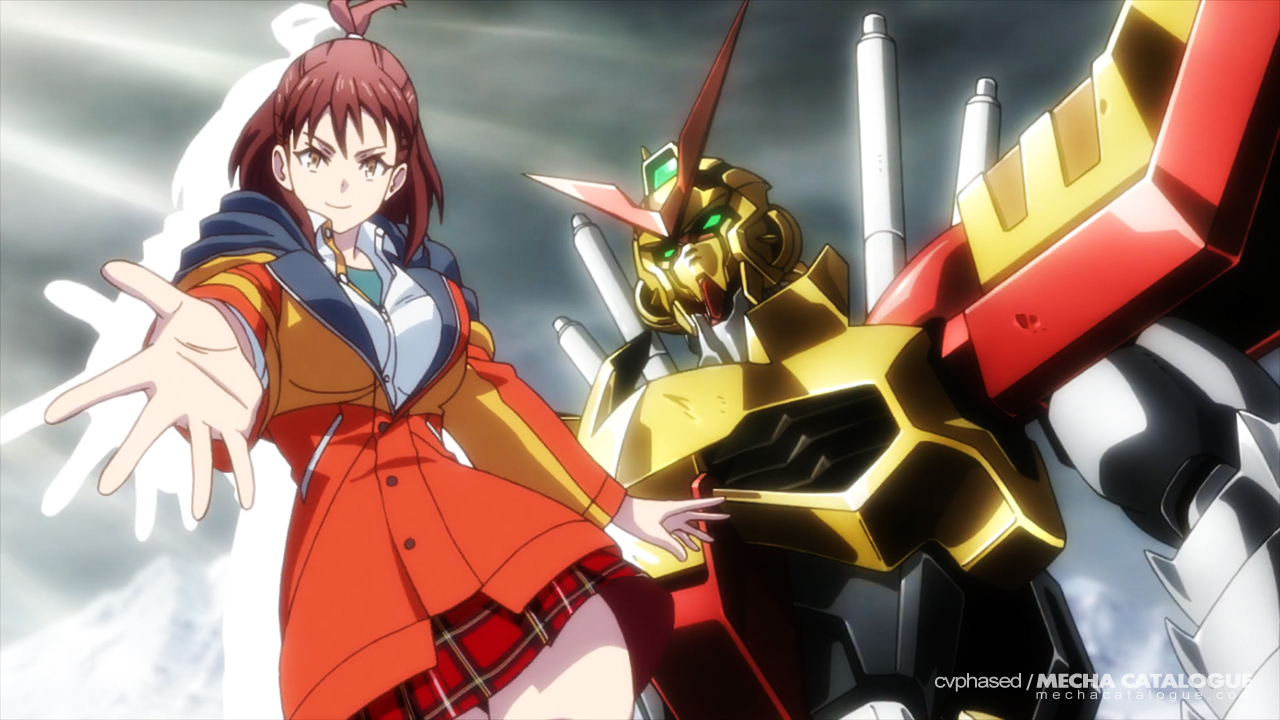 She began Gunpla battling so she could fight against her two older brothers. She wasn’t able to win against them by playing normally, so she picked up a few more unconventional tricks. Her goal is to have fun playing with other people and therefore doesn’t mind losing as long as she has fun.

This one is a gold and red Gundam Astray with the arms coming from the Dragon Gundam from G Gundam. Do take note that apart from the old 1994 kits, Bandai Spirits is yet to release a modern Dragon Gundam kit. 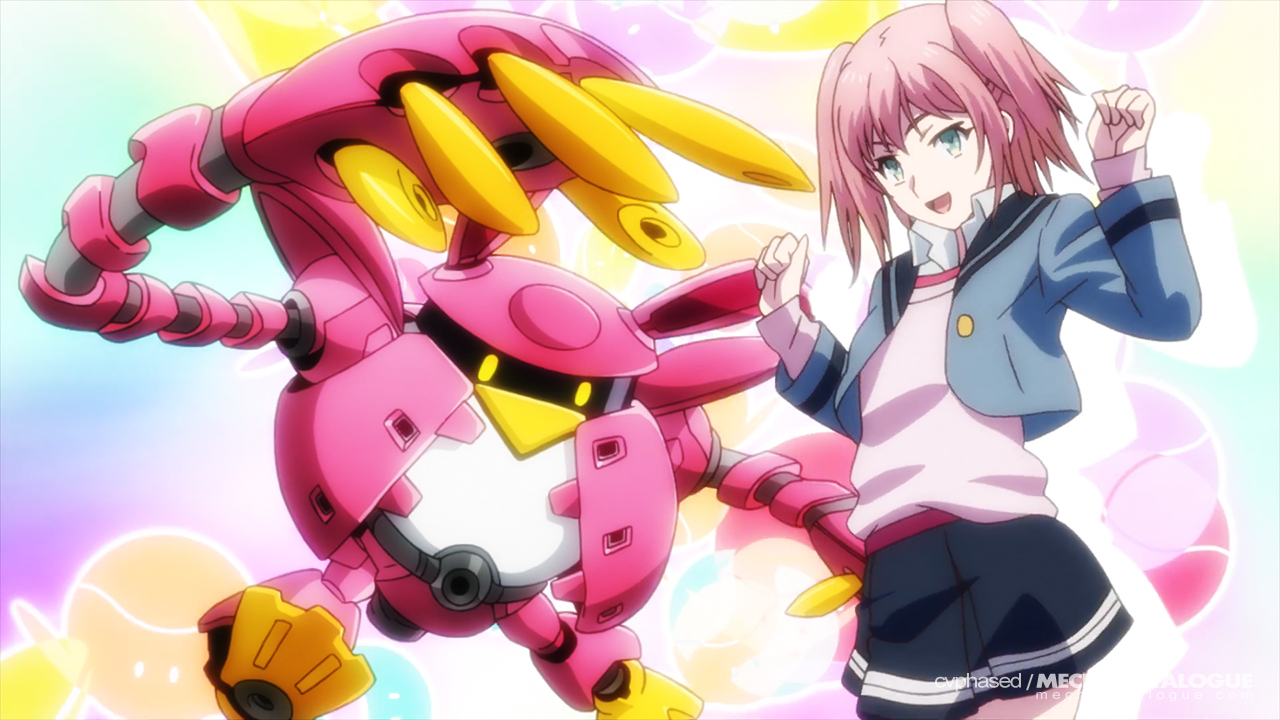 Sana joined the Gunpla club because she wanted to get through high school without causing trouble. Unfortunately bucketloads of club members left the club the very year she joined, bringing the club to the brink of extinction. Selected to join the tournament, she is forced to become stronger.

She is essentially this game’s version of Momoka Yashiro‘s character from Gundam Build Divers though I really can’t blame anyone if that name doesn’t ring a bell. Anyway, their similarities continue with her Gunpla of choice being a pink Momokapool. 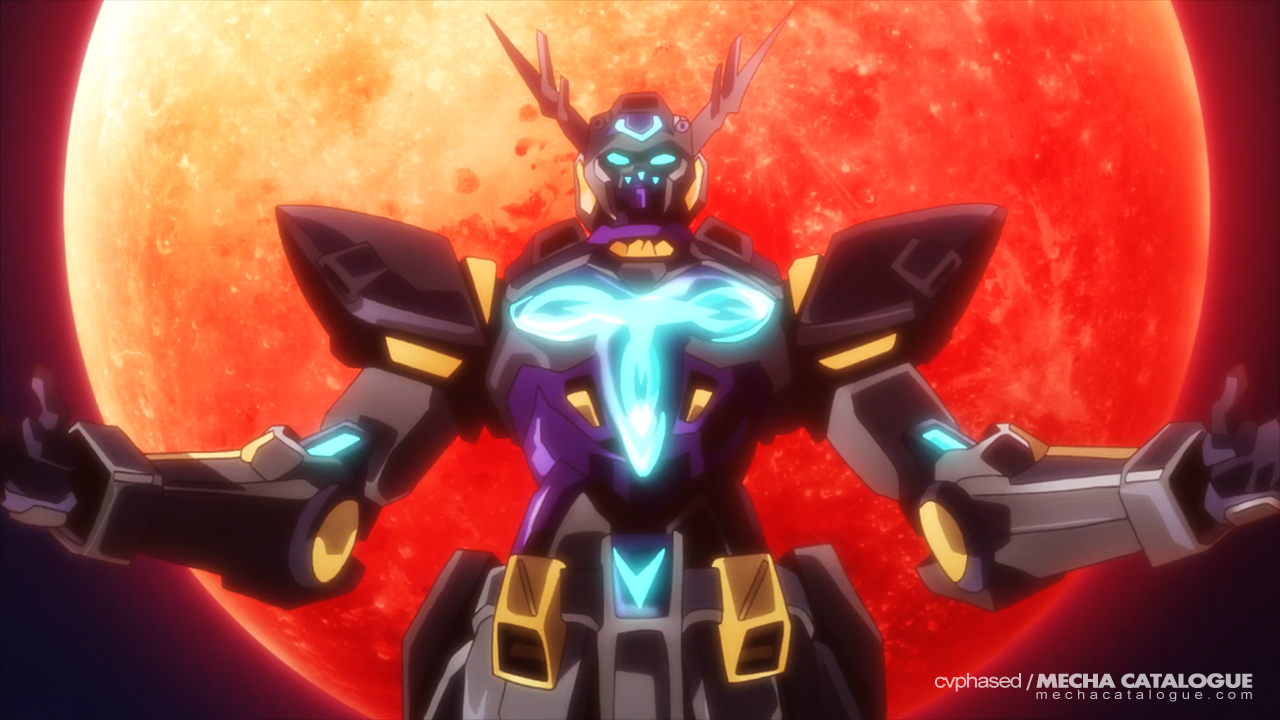 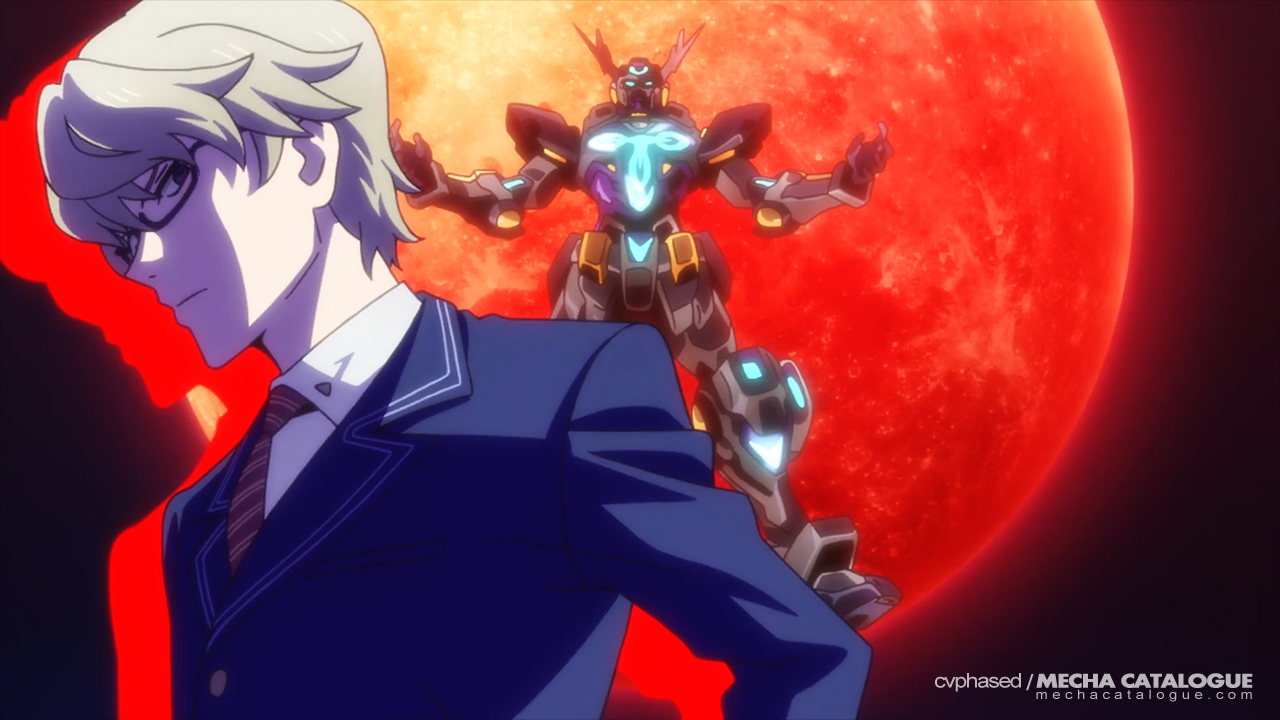 Touma’s goal is to become a pro Gunpla fighter to give his mother and siblings the life they deserve. The protagonists rival and a good club captain.

Enter the rival character and his ominous-looking Gunpla, a black custom of the G-Self taking the v-fin from the Banshee. Oddly enough, this isn’t the first time that we have seen an evil-looking version of the G-Self. The side story Gundam Build Divers Break has the character Ren using the aptly named G-Else. 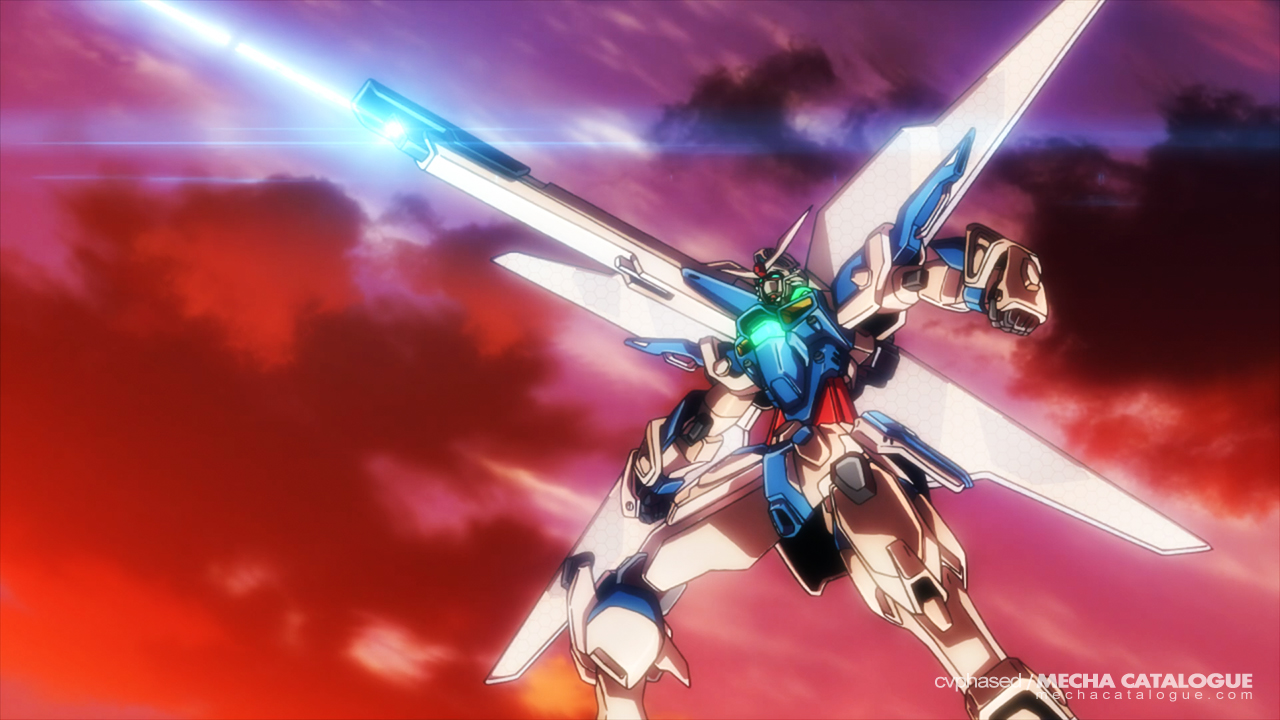 Joined the Gunpla club through a chance encounter with Sana. A rookie, but continues to grow with each new encounter – a promising newcomer.

This is who you’ll be in the game, and doesn’t look as young as any of the main Gundam Build protagonists so far. He uses a custom Gunpla that’s mainly the Destiny Gundam sans the torso and backpack unit, both of which come from the Gundam X. I actually like this design and it doesn’t appear to be a difficult kitbash and repaint if Bandai Spirits decides not to release a kit of it.

Here’s a better image of the lead Gundam without the Satellite Cannon in a neutral pose… Okay, now that I think about it, you do need to scratch build those shoulder armor parts. 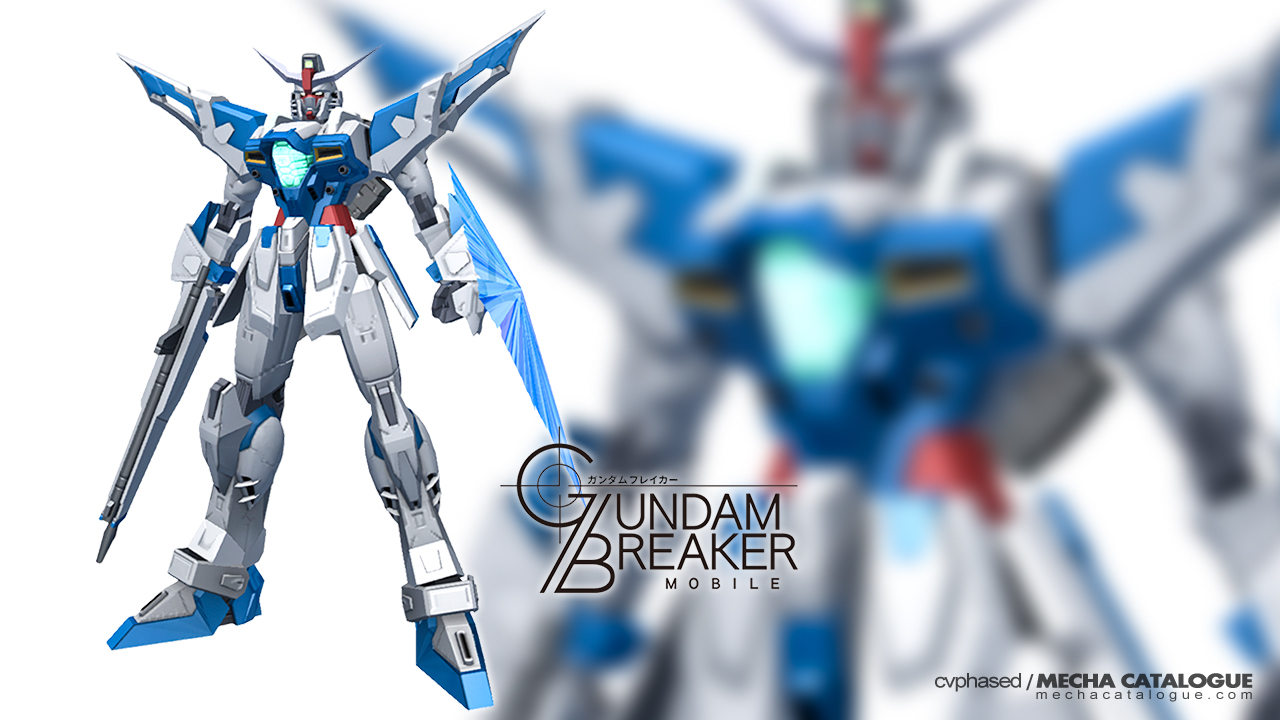 There’s my quick look into Gundam Breaker Mobile or rather its opening animation. If they didn’t reveal Gundam Build Divers Re:RISE last week, I would’ve thought that they’ll base the sequel on this game. And while I don’t think I’ll be playing the game, some High Grades of the designs shown here would be nice.