Bandai Spirits has been steadily promoting the 30 Minutes Missions line, or 30MM for short. I don’t know if I just missed it but I don’t really get the name. Maybe our mission to build a kit within 30 minutes? Anywho, with the upcoming release of the first kits, Bandai Spirits has updated the solicitations to include the box arts and these look really neat. 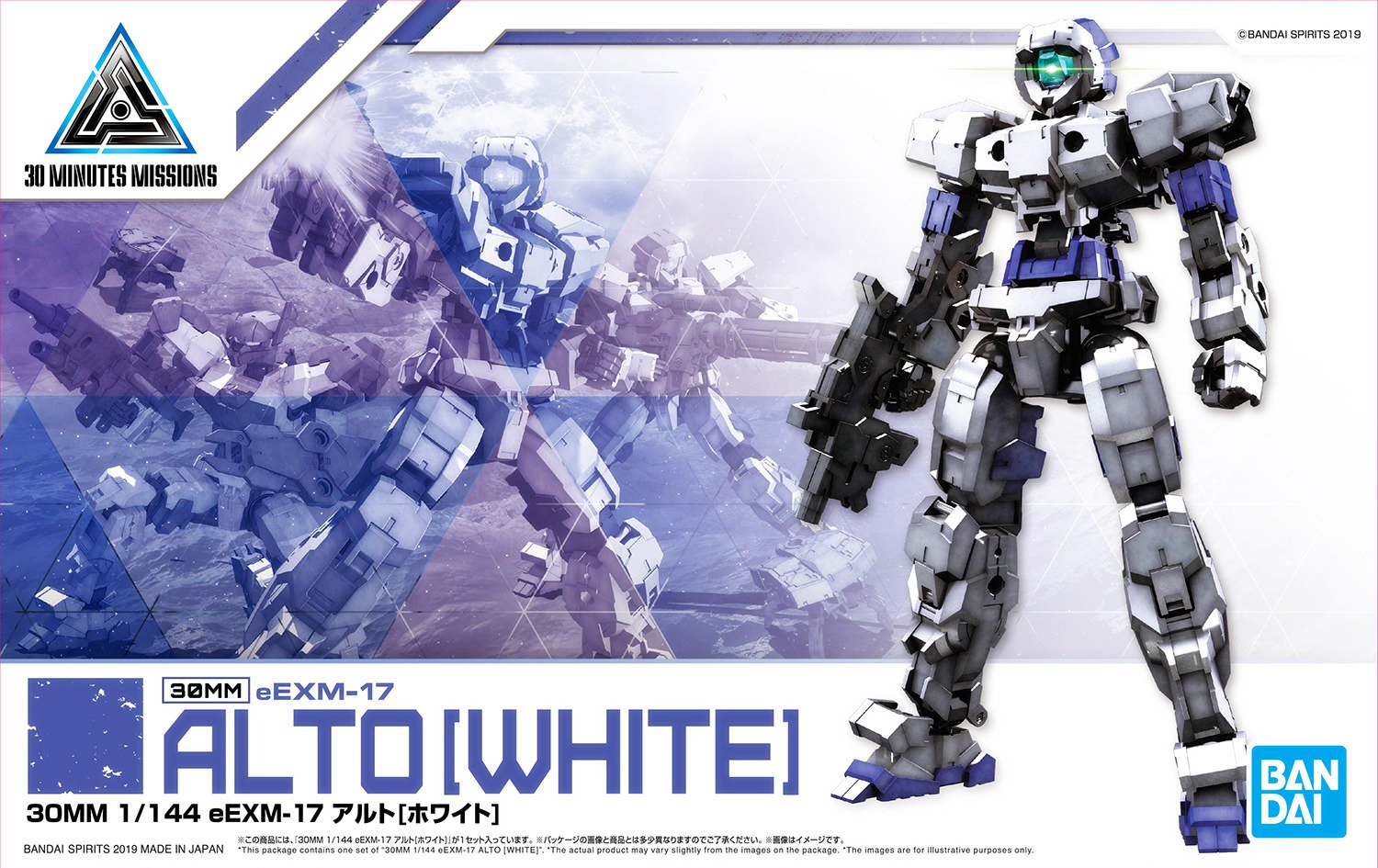 I really like the box art design! It has the same nuances seen in HGUC boxes like the borders, logo placements, and name bars. It also has a CG render of the model kit standing on the right side, similar to Real Grade packages. Except everything is dominantly white, s good contrast to what we usually see with Gunpla packages. 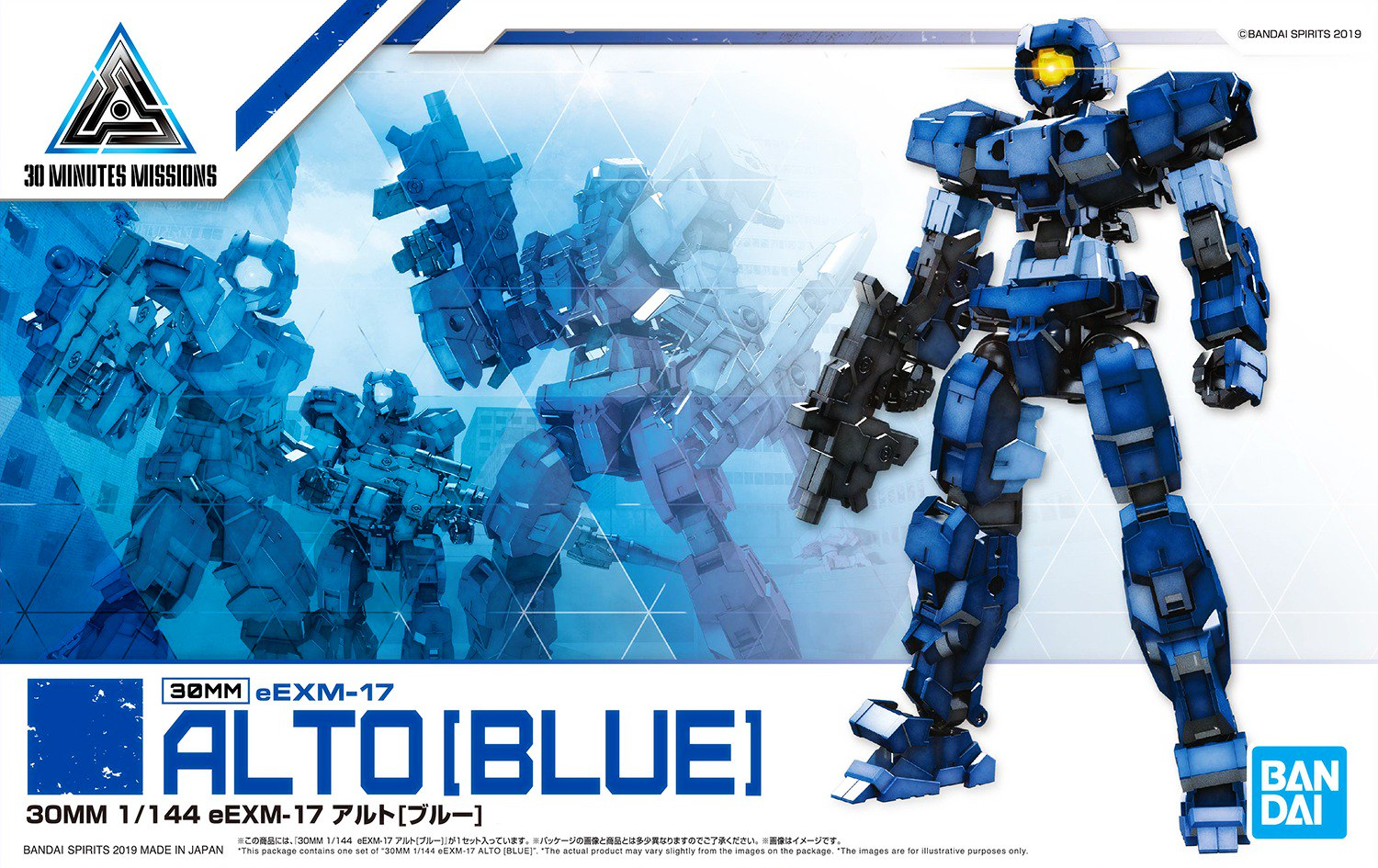 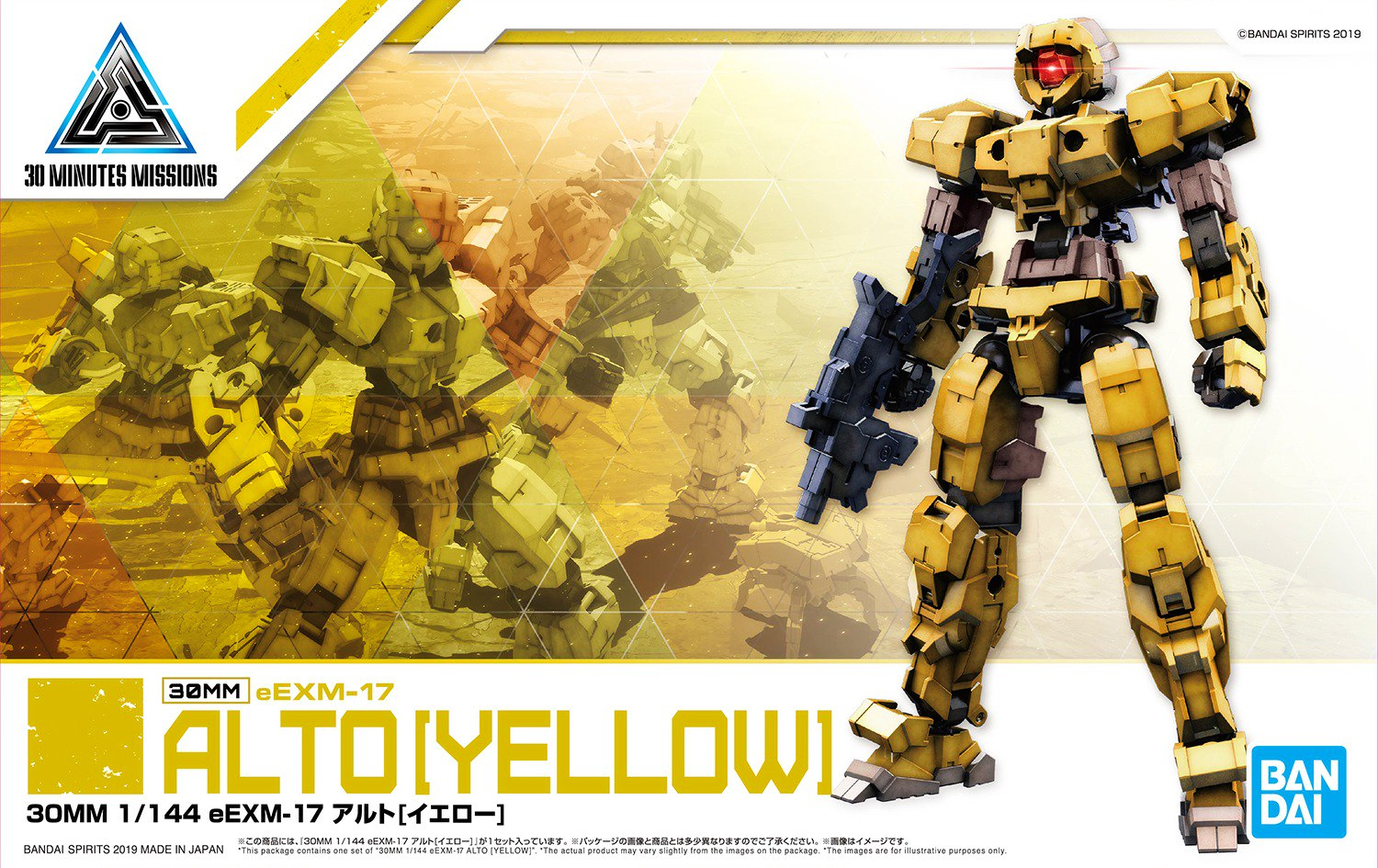 Expanding further on the Fine Build concept from the Gunpla Evolution Project, the 30 Minutes Missions line would feature kits with easy assembly and are meant for army building and customization. Option sets will also be available similar to the HG Build Custom and Kotobukiya’s Modeling Support Goods lines. Two primary designs have been revealed thus far, inspired by design elements seen from Gundam grunt units. Alto, as seen in these box arts, are akin to most Federation mobile suit designs while the rival Portanova units have very Zaku-esque aesthetics. I won’t be religiously collect the line though I intend to get a kit or two.