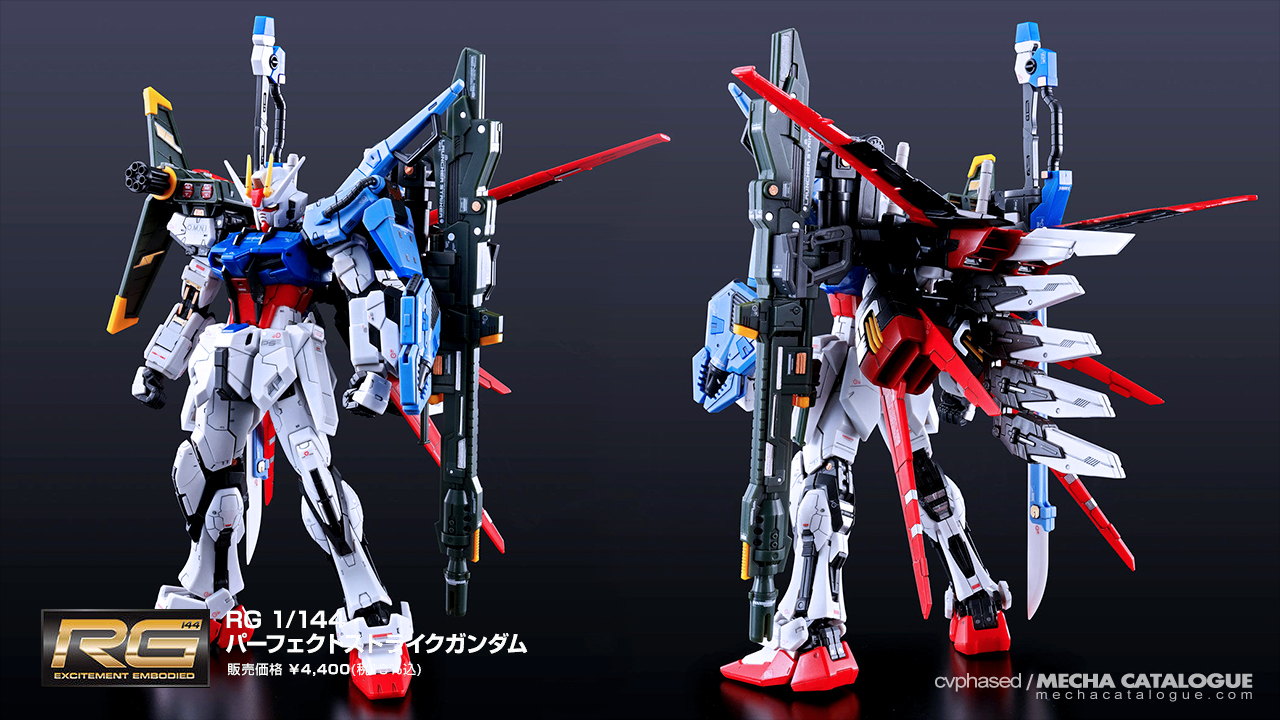 This is essentially the RG Aile Strike Gundam, with a slightly retooled Aile Striker to accommodate the Launcher and Sword Striker packs included in the RG Skygrasper set. The Perfect Striker, officially known as the Multiple Assault Striker, also includes the removable battery packs which have been a signature design of the Perfect Strike Gundam. They also made improvements to the torso unit construction to accommodate for the additional weight of the Multiple Assault Striker. 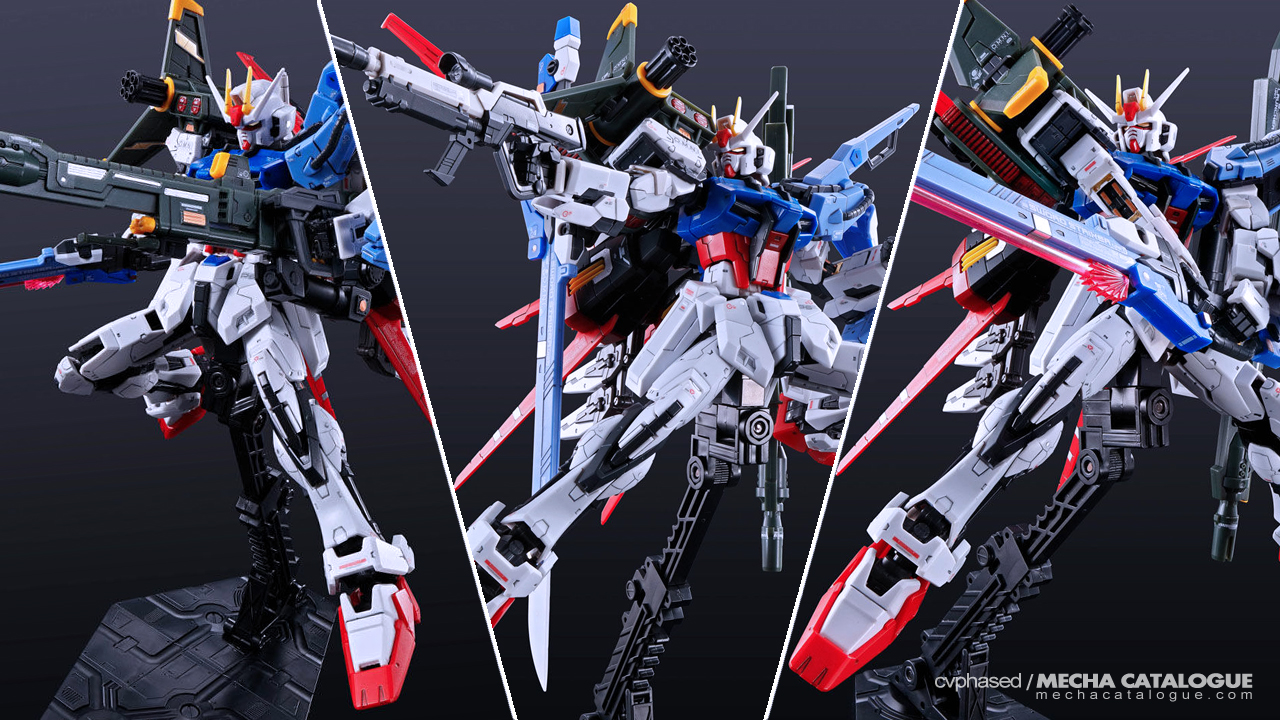