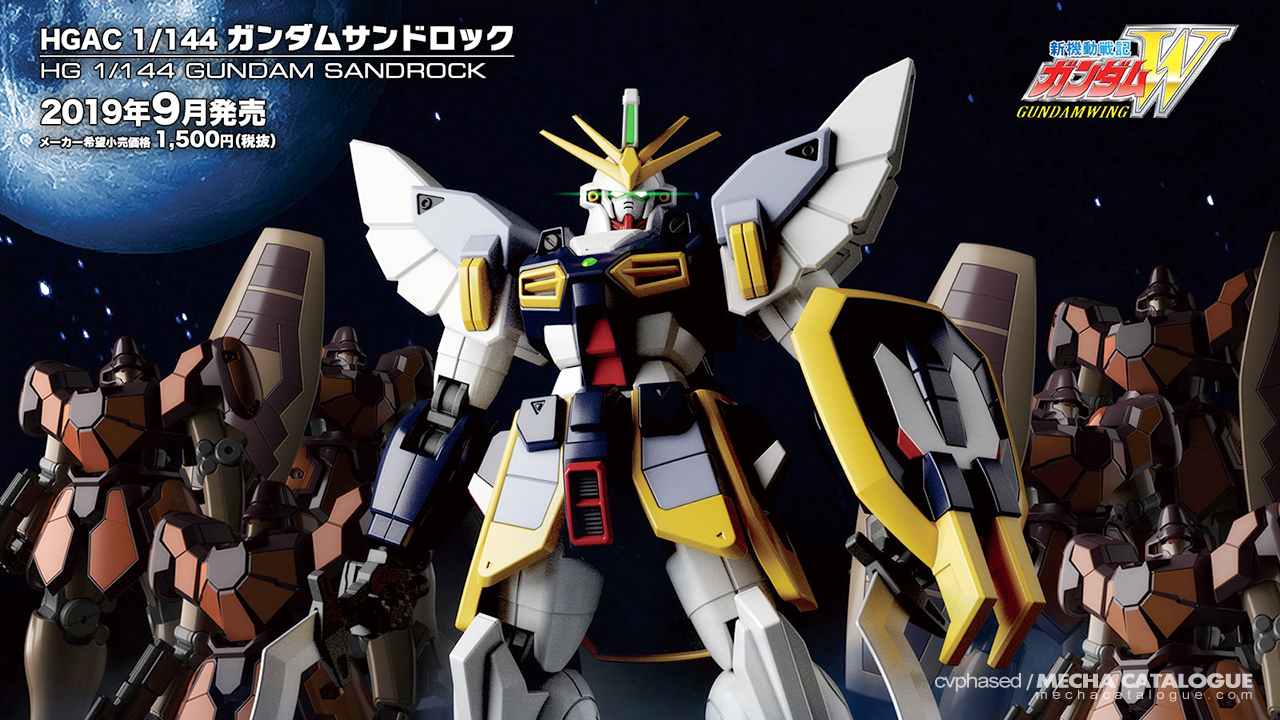 Bandai Spirits has been soliciting the next kit in the High Grade After Colony line following the Maganac, the HGAC Gundam Sandrock and it looks amazing. Along with the solicitations, they’ve also shown some features of the kit, both during assembly and display. 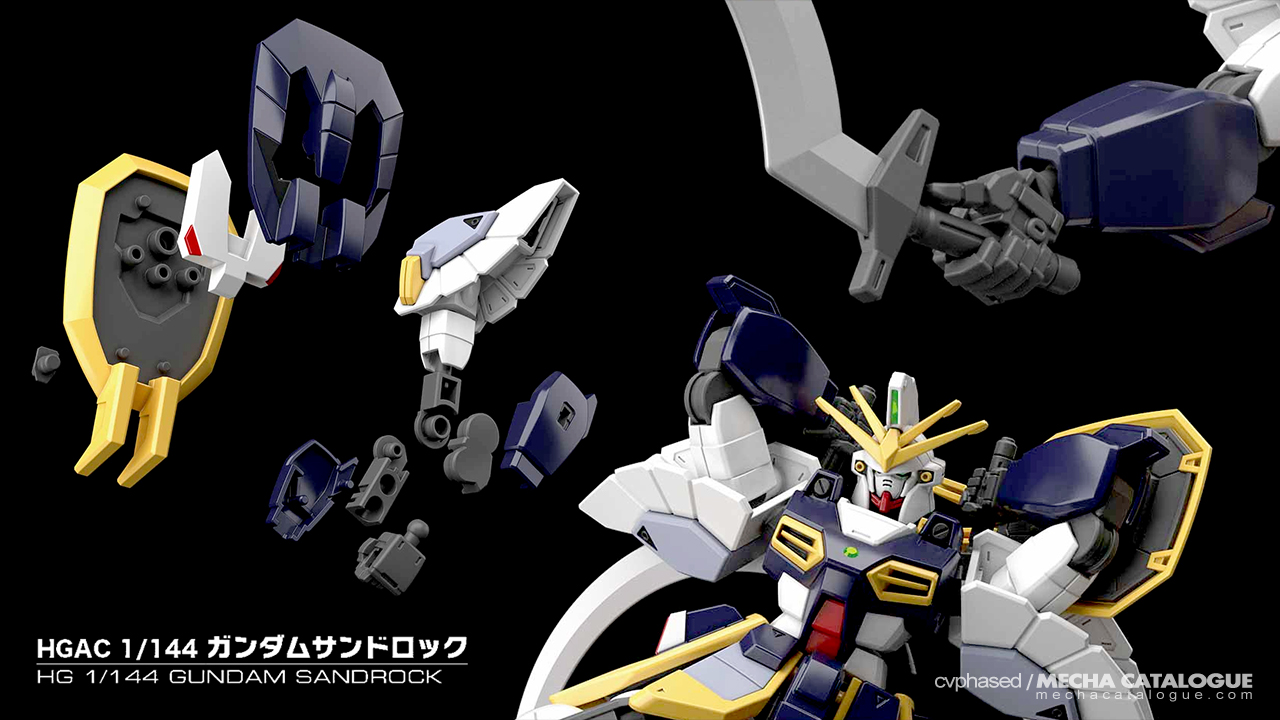 Although the images used here are CG renders, it gives you a good idea of how the kit would look like once built, color correcting seals usage aside. On the left is a quick parts breakdown to show color accuracy straight out of the box. I’m not so sure on the eyes on shield but it seems that most of it shouldn’t need those aforementioned seals. On the right are some display features, first being the inclusion of forward bent manipulators to properly hold the Heat Shotels. Speaking of Heat Shotels, you can also display Gundam Sandrock drawing them — providing a good example of its poseability. The first release kits would also include a product code for an app or something.