I’m not usually one to share Master Grade or 1/100 Gunpla in general as I collect 1/144 scale stuff. That said, this is one of the more interesting ones I’ve seen recently. 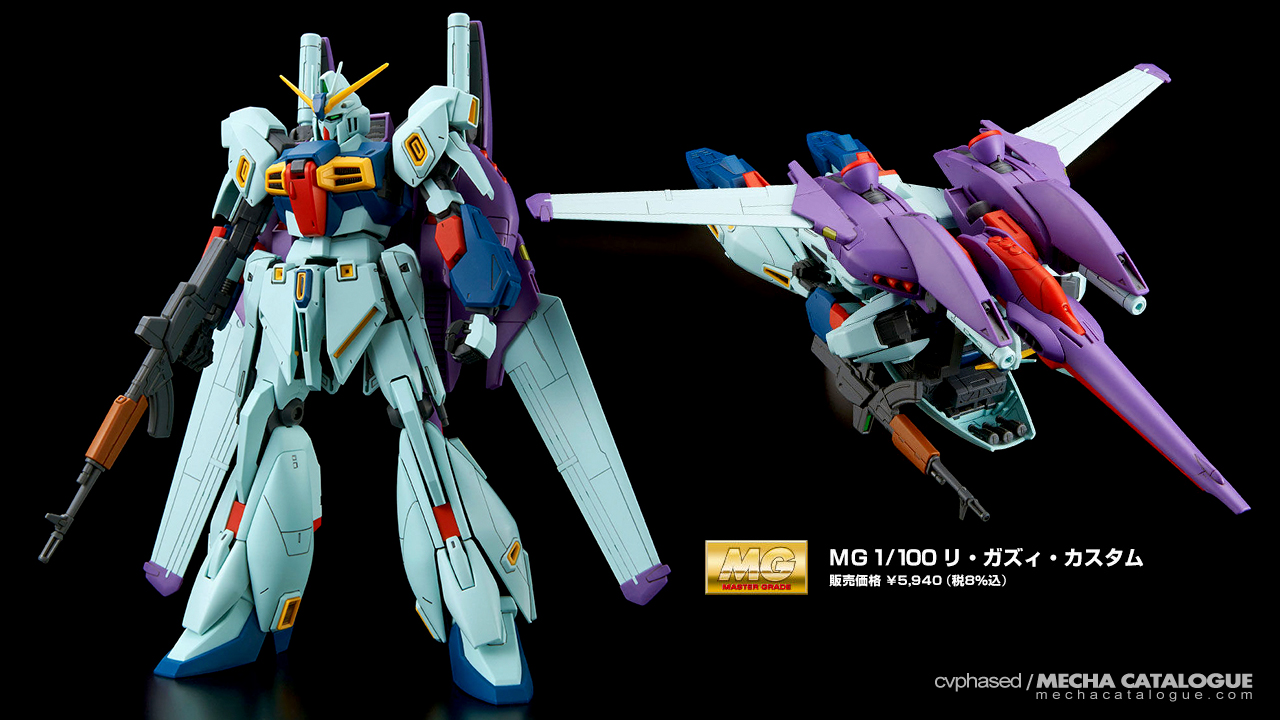 This is the MG Re-GZ Custom from the Mobile Suit Gundam Char’s Counterattack MSV design variation series. From the looks of things, this is most likely a totally new kit, which means a possible MG Re-GZ Ver.2.0 is already in the pipeline. Okay, so what got me interested in this design? TO answer that, here’s what got me totally disinterested with the vanilla Re-GZ design. As a Zeta Gundam derivative-slash-mass produced mobile suit, it looks weak and stripped down of all the awesome stuff the Zeta had. On the other hand, the Re-GZ Custom sort of brings back some of the awesome stuff.

These are actually personal preferences, but these include the v-fin on the head unit, the larger chest vents, and even how the forearm units are closer to the Zeta Gundam design. The only nitpick I have is the purple color of the Back Weapon System. I would’ve preferred the same dark blue like the other parts. Anyway, I’m not really getting one and until they do a High Grade version, then it’s crossing the bridge when I get there.