It’s been quite a while since the last entry in the Gunpla Evolution Project, and just when you thought they’re already done with this campaign, it goes back with something quite ambitious. 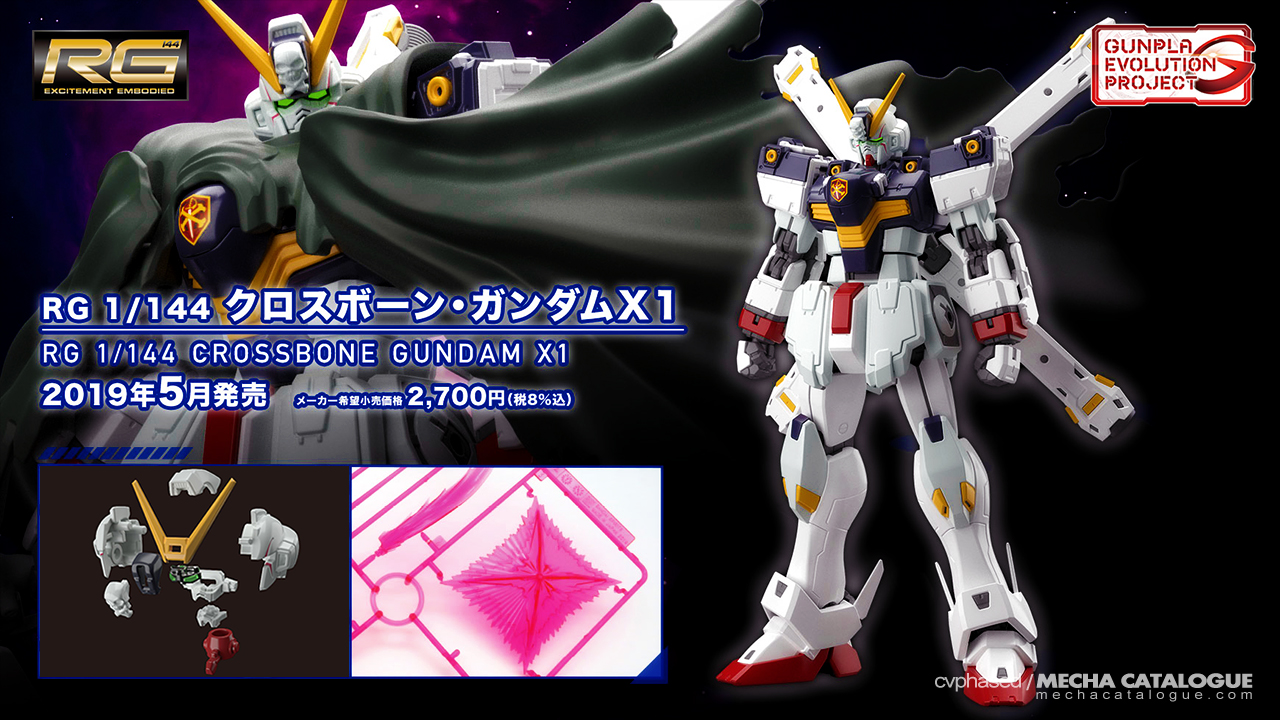 Bandai Spirits has been smart in choosing the kits getting the Real Grade treatment — those that have recolor and retool possibilities. Some examples include the Astray, Unicorn, and Zaku releases. And while the next entry also falls into the same criteria, this one is a little special. As mentioned, tagged as part of the Gunpla Evolution Project with the Evolution Point "Extreme Detail" is the RG Crossbone Gundam X1.

The Crossbone Gundams are small units, and for a line that’s known for the use of small parts, this would really be a test on Bandai Spirits’ plastic model technology. Just the head itself, as shown here, would be constructed with multiple parts and allows the radiator fin deployment feature without parts swapping. The kit will also feature a fully integrated and transforming Core Fighter unit, a feature that’s difficult to reproduce in 1/144 scale that they actually mentioned it in an episode of Gundam Build Fighters Try. Finally, the kit will also include its plethora of signature weapons and accessories, including beam effect parts and the Anti-Beam Coating Cloak.