This month’s reveals from The Gundam Base Tokyo’s Next Phase Gunpla displays threw in a couple of surprises but were very much appreciated nonetheless. Also proves that Bandai Spirits isn’t as predictable as we thought. 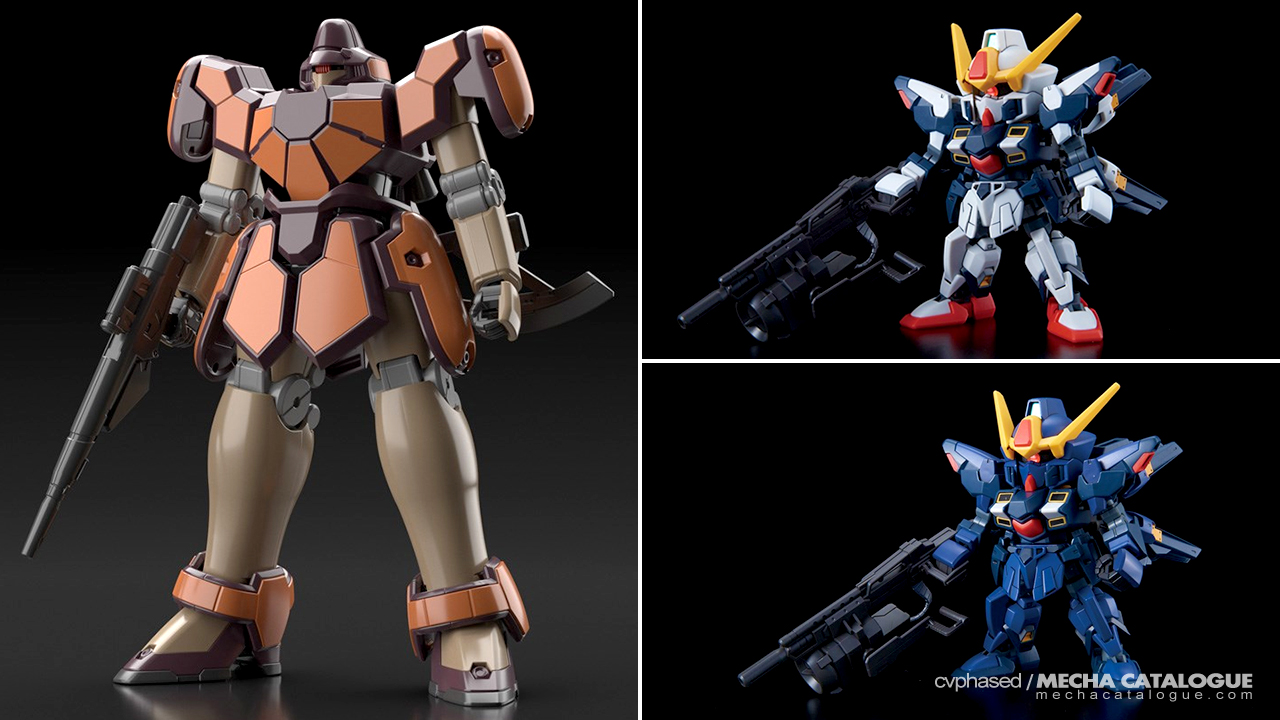 After releasing the HGAC Leo and a bunch of online-exclusive variants, many would think that they’d finally do the main Gundams from Gundam W. Apparently not as the next kit in the line would be the HGAC Maganac, a design that hasn’t gotten any release outside of some resin kits? Does this mean that Bandai Spirits will do more grunt suits like the Aries, Taurus, or Libra? I would personally prefer an HGAC Gundam Sandrock to go with these guys but whatever floats Bandai Spirits’ boat.

Then there’s these two. I’m not a fan of SD designs but these are interesting choices to make kits with. This is the SD Gundam Cross Silhouette Sisquiede in both A.E.U.G. and Titans colors from the SD Gundam G Generation: Monoeye Gundams game/manga. Before GUNDAM Reconguista in G introduced the Gundam G-Lucifer as an official monoeyed Gundam, we only have the Sisquiede among a couple more. I personally want High Grades of these but that’s quite a stretch.

Also on display are the previously announced HGCE Destiny Gundam and the Gundam Narrative version of the Silver Bullet piloted by a very powerful… banana.