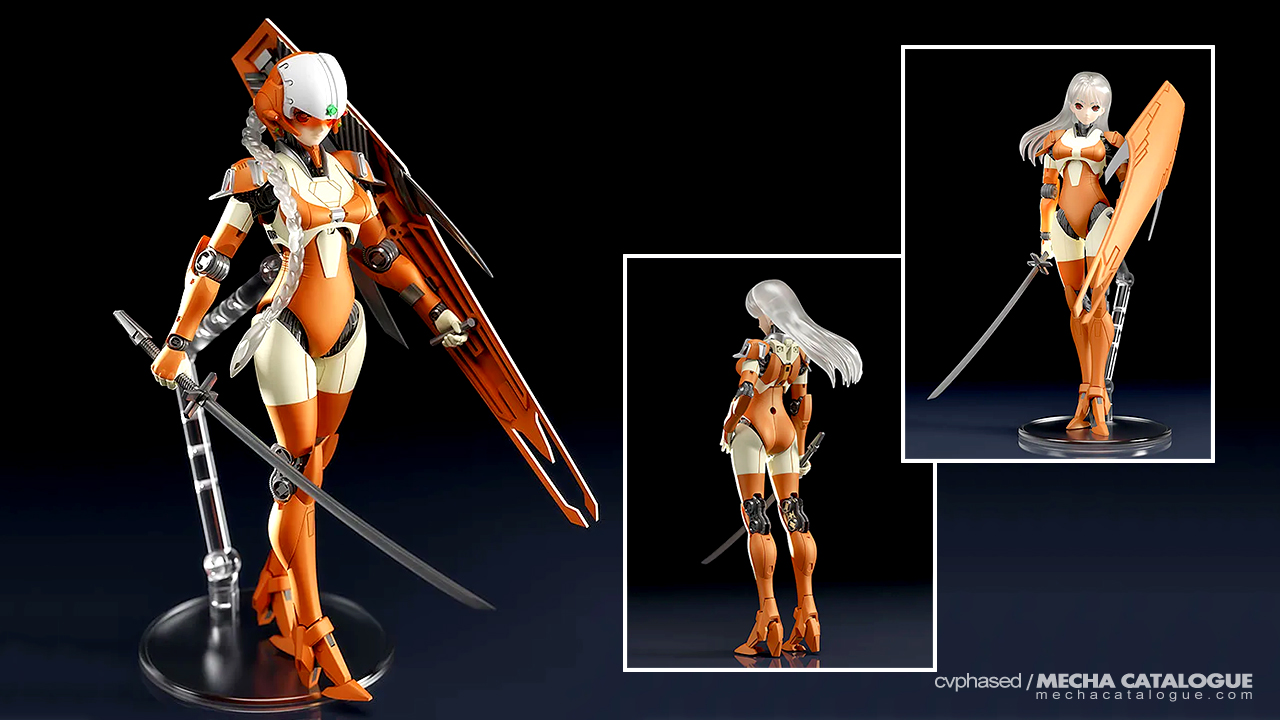 Yes, this is a piloted machine with a female humanoid design. Before DARLING in the FRANXX introduced the Franxx, or the Super Robot Wars franchise gave us the Valsione, Yuichi Sasamoto penned ARIEL — a light novel series featuring female humanoid-looking machines of the same name. It’s actually an acronym for “All a-Round Intercept and Escort Lady” and could easily be considered as the progenitor for such mecha designs. It didn’t gain popularity compared to its contemporaries so it’s a surprise that Good Smile Company decided to release an Ariel kit under their MODEROID line.

Standing at 160 mm, the set comes with five colored runners and pre-painted parts to recreate the design as accurate as possible out of the box. Also included are its weapons, translucent replacement ‘hair’ parts, a helmet unit, and a display stand. Kotobukiya has been releasing kits like this for quite a while now, and Bandai Spirits hasn’t perfected the craft. Now it’s Good Smile Company’s turn to take a stab with this Ariel C-Type release. Hopefully, all their experience with Figma should provide substantial inputs to the design of this kit.