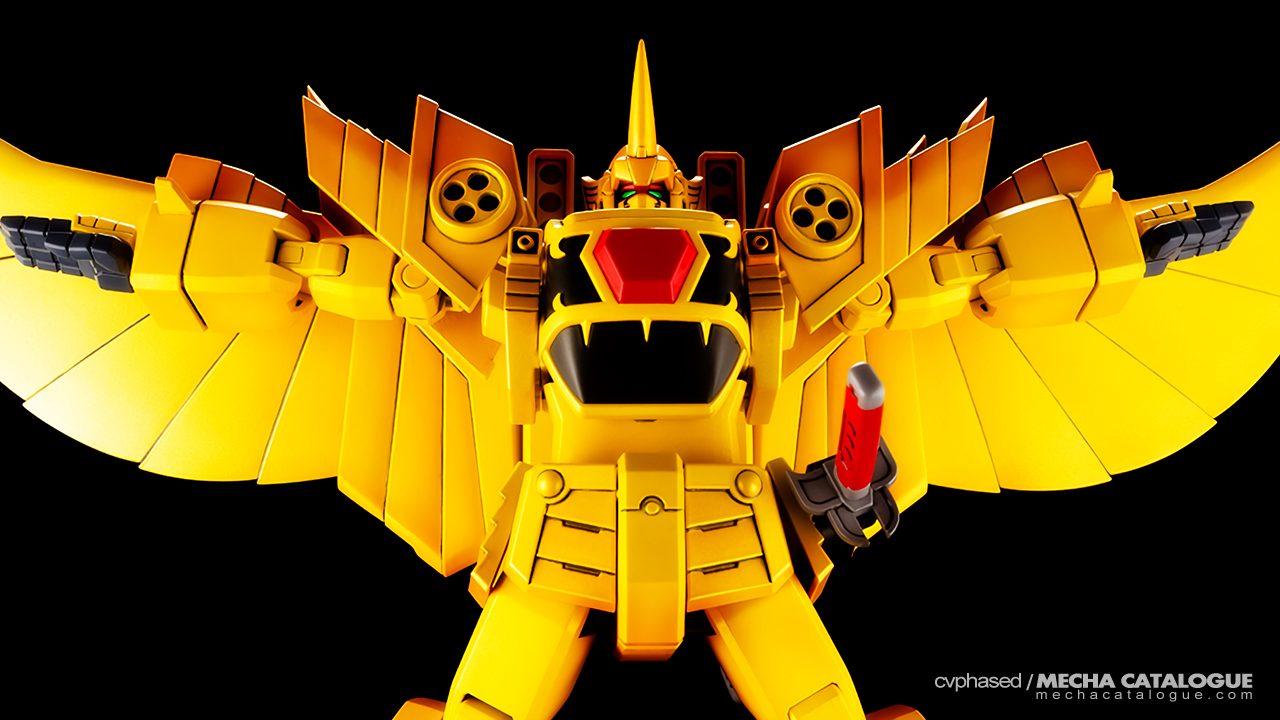 February is quickly turning out to be an expensive month for us mecha collectors. Good Smile Company alone has plenty of MODEROID releases on that month, and then Kotobukiya decided to add one more with the fourth kit in The Brave Fighter line. Yes, that’s the official name of their Brave Series kits. And that kit is no other than the Brave of Gold, Goldran. Except this time, it’s the second form — Sky Goldran. 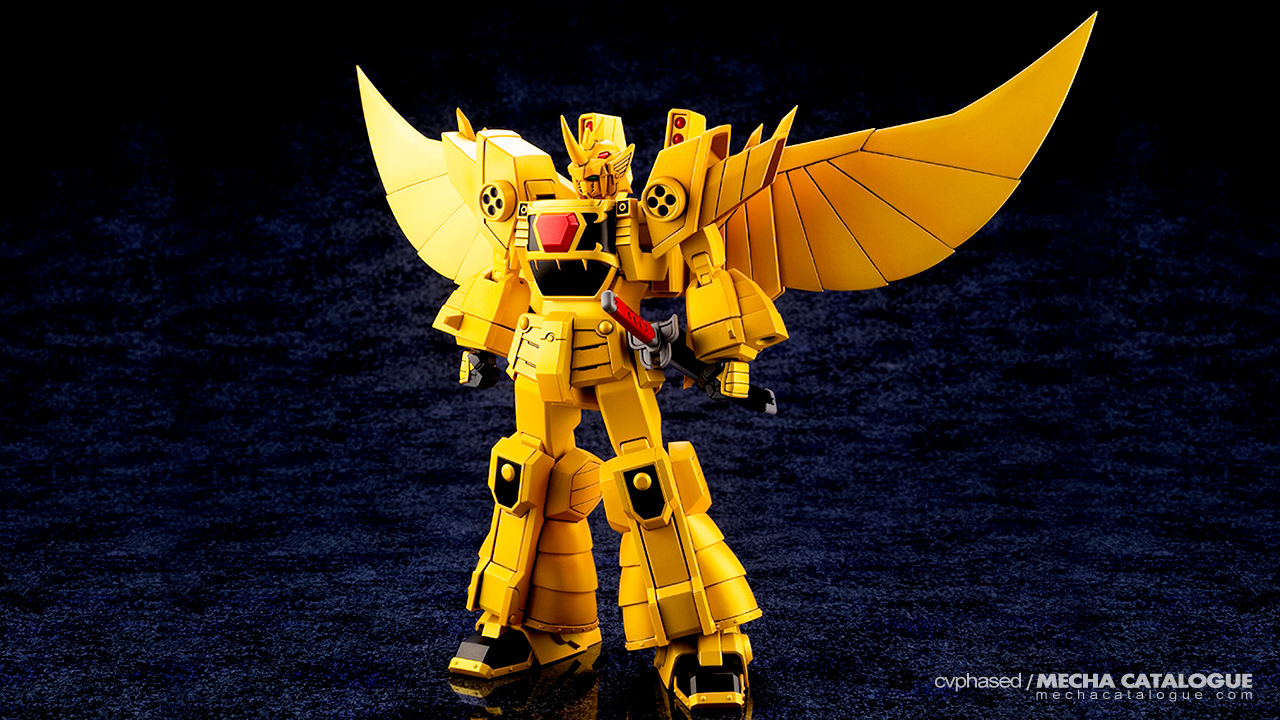 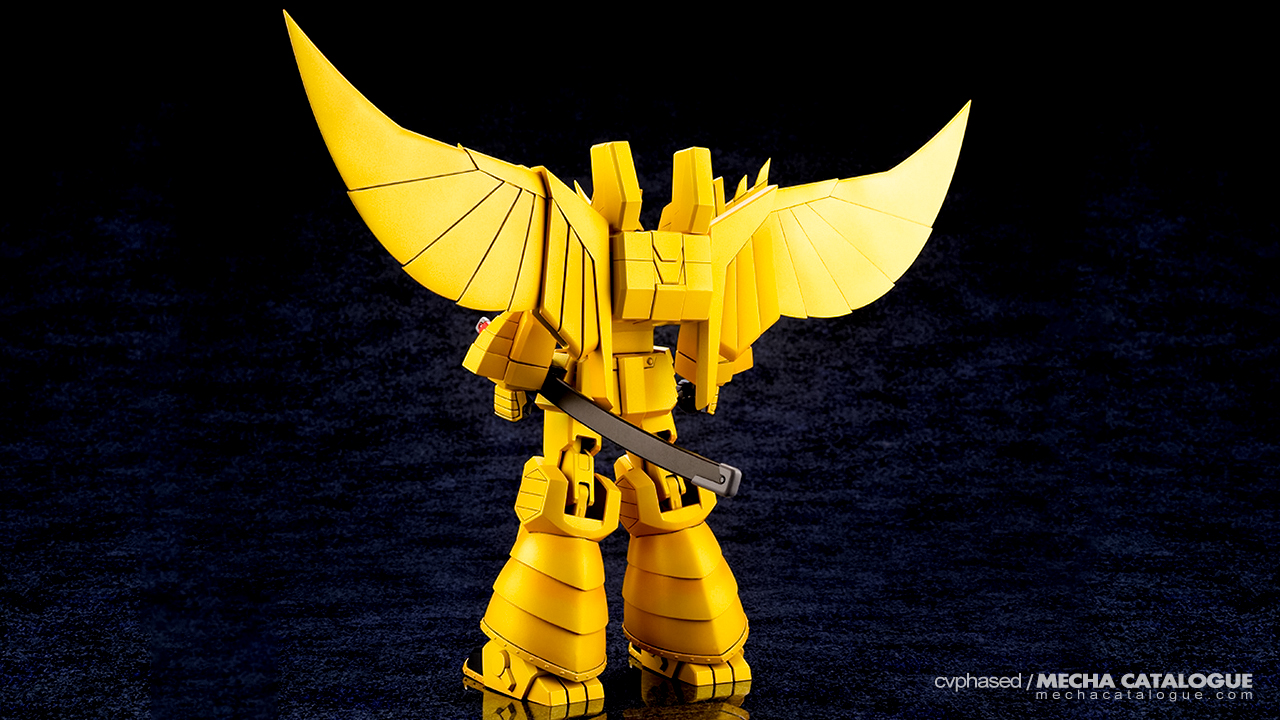 Sky Goldran is technically the second form of Goldran and is the combination of the titular machine to Sora-Kage, giving it flight capabilities. If this was released by Bandai Spirits, they would’ve did a gold-plated kit, but Kotobukiya decided otherwise and opted for this gold-like plastic. That said, I don’t know if this is similar to how Bandai Spirits does it’s non-plated gold plastic but I would likely give this a good coat of gold paint for good measure. 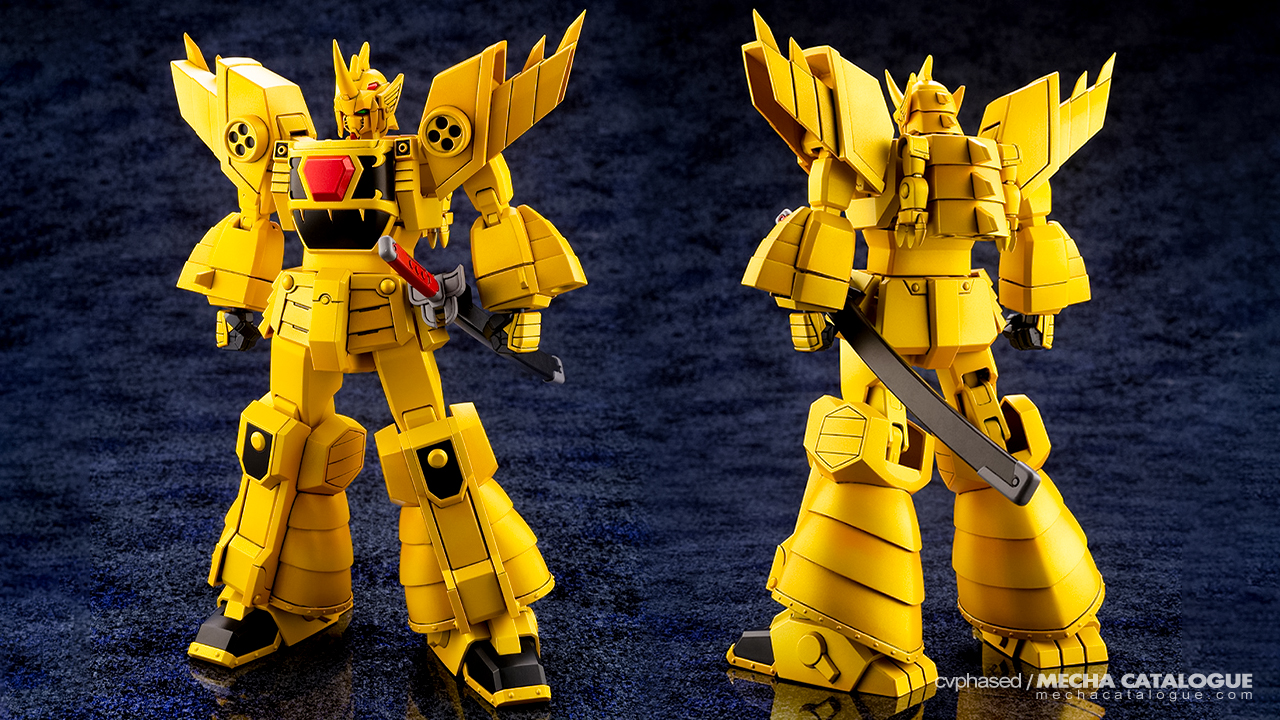 Releasing Sky Goldran is also a smart move on Kotobukiya’s part as they’ll just need to have a removable Sora-Kage unit to revert it to its original Goldran form. Now I’m quite sure that the Sora-Kage unit included here is just in the backpack form and doesn’t transform so don’t expect that one. Regardless, I appreciate that they are going with this route. As there are no transformation features involved, you can be sure that the finished kit would have excellent proportions that capture the original while still looking modern for today’s standards. 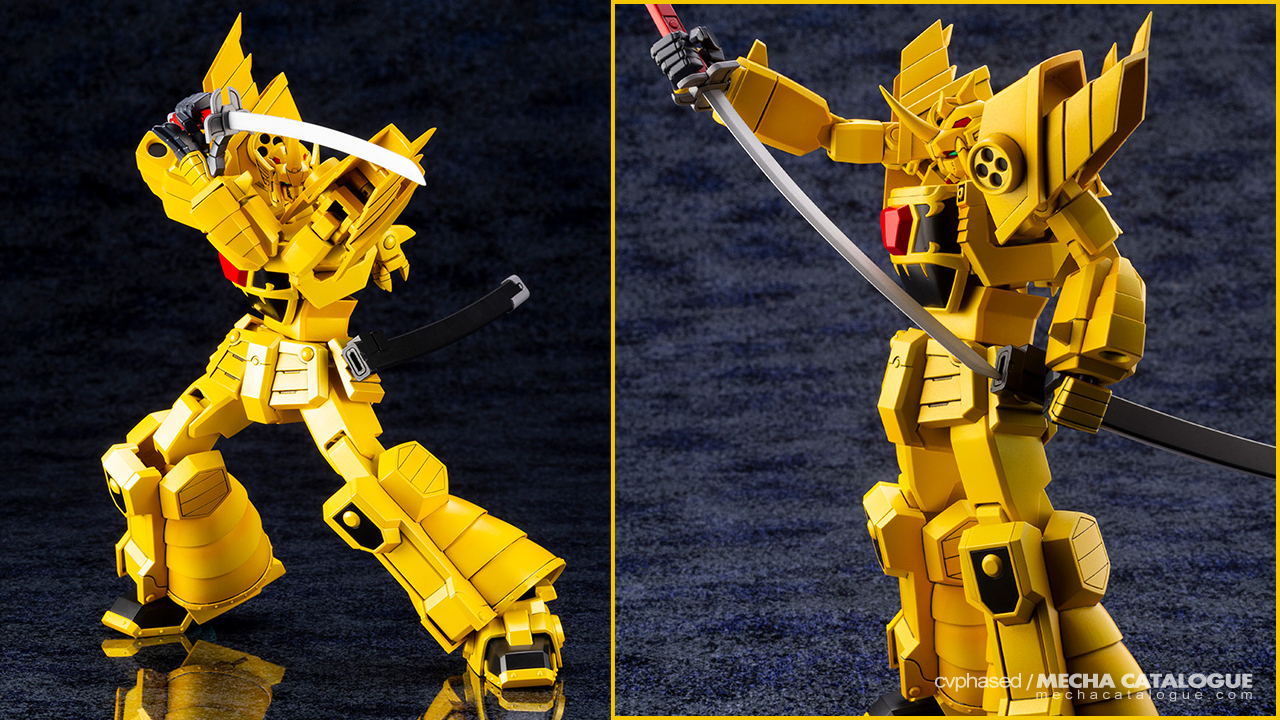 For handheld weapons and accessories, the kit does appear to only include the Super Ryukagen (or its sword), though both the Shoulder Vulcans and Arm Shooters appear to be molded. 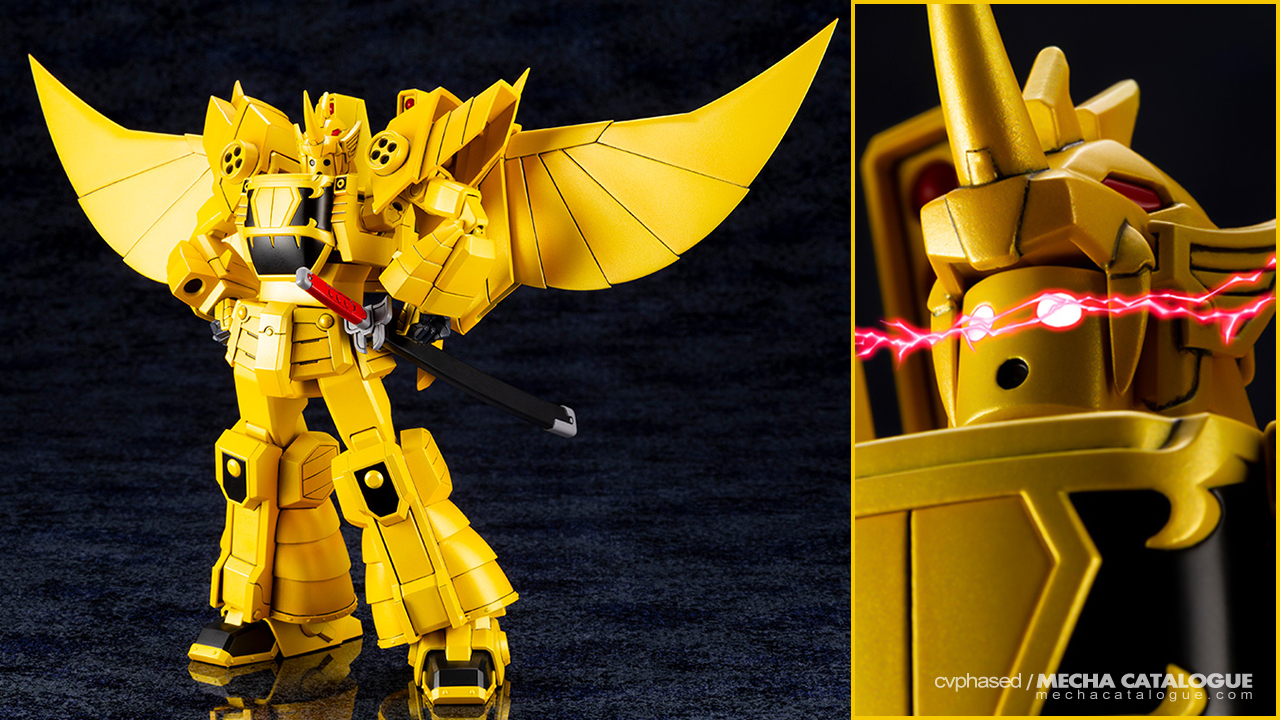 It will also come with parts to build this configuration. I haven’t really watched Goldran in full so I don’t know the context of this form but regardless, parts are included to build this. 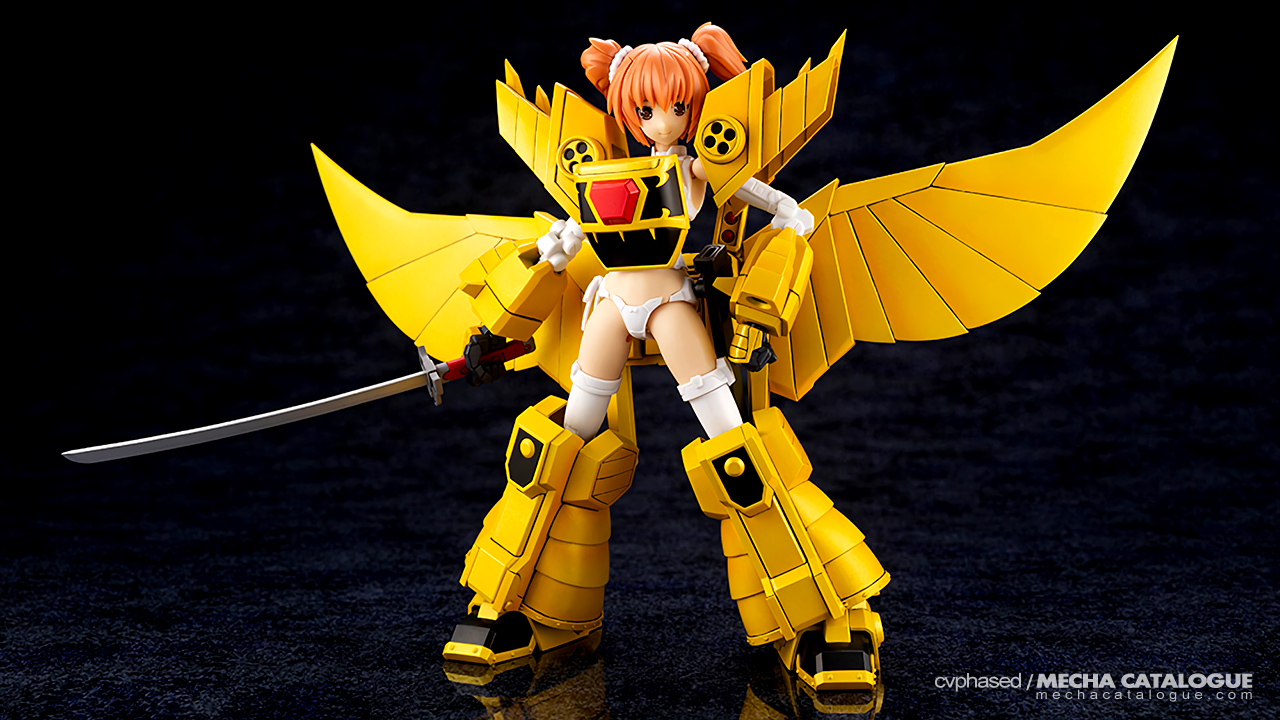 Like other kits in The Brave Fighter line, parts are build with the same joint assemblies for cross compatibility and customization. They are also compatible with other Kotobukiya model kits, primarily their highly successful Frame Arms Girl line.

I haven’t built any of The Brave Fighter kits. Heck, I’m just about to pick my copy of Great Exkaiser from the post office. But I’m definitely looking forward to building one of these guys. So much so that I pre-ordered the Super Minipla Fire Dagwon set and will be building it just like these kits, and will forego any transformation or combination features.