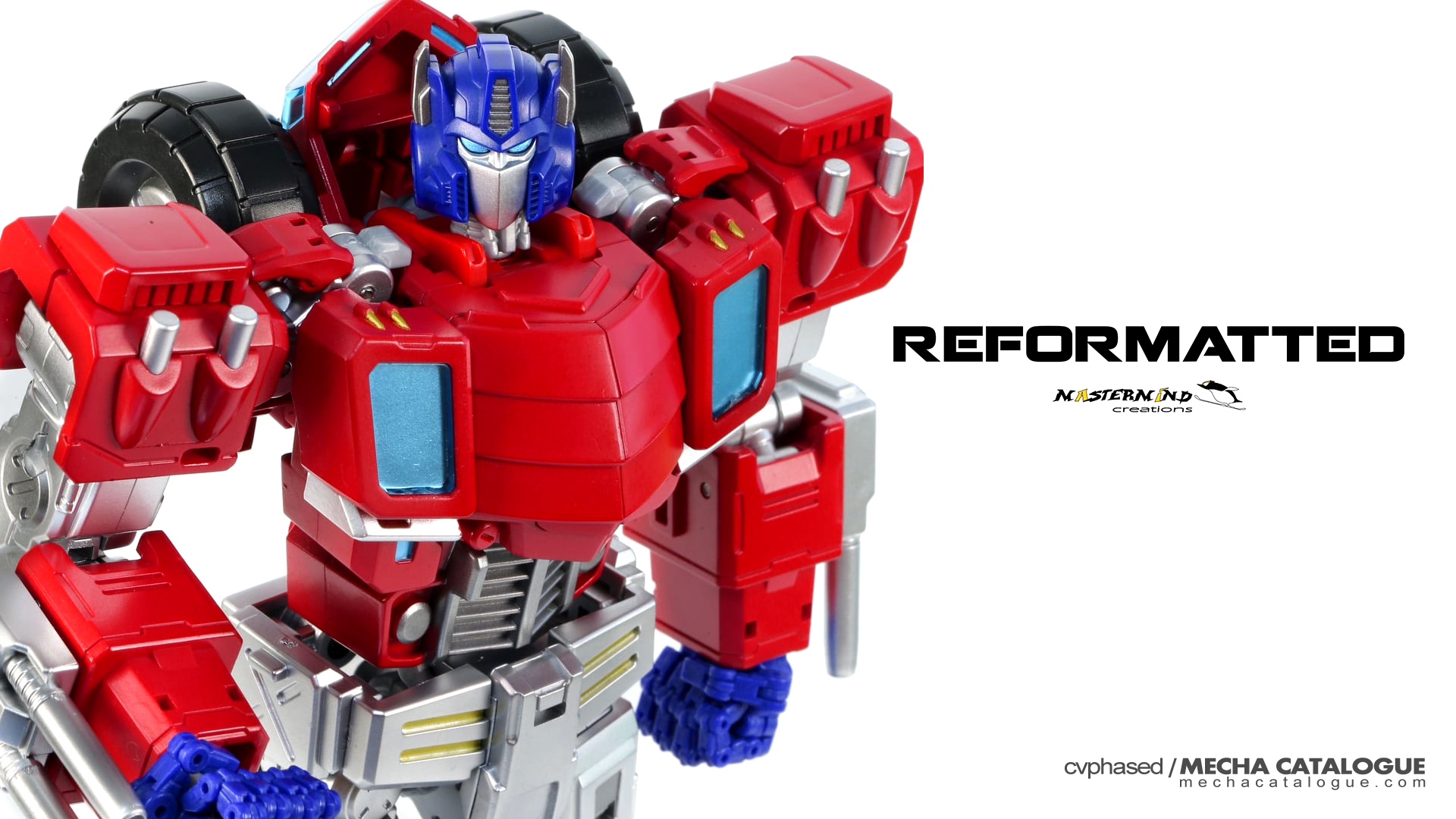 From the initial tease last weekend, Mastermind Creations has dropped more shots of their newest figure, Reformatted R-48 Optus Pexus, which is supposedly their take on Orion Pax / Optimus Prime as he appeared in The Transformers: Autocracy / Chaos Theory books. Now I find that name a little peculiar since Mastermind Creations usually use the name "Prominon" as a substitute for "Prime" in the Reformatted line. These include Salvia Prominon for Solus Prime, Thunder Prominon for Optimus Prime (Machine Wars), and Seraphicus Prominon for Nova Prime. This makes me think that Optus Pexus is more of an Orion Pax analogue than an Optimus Prime one. 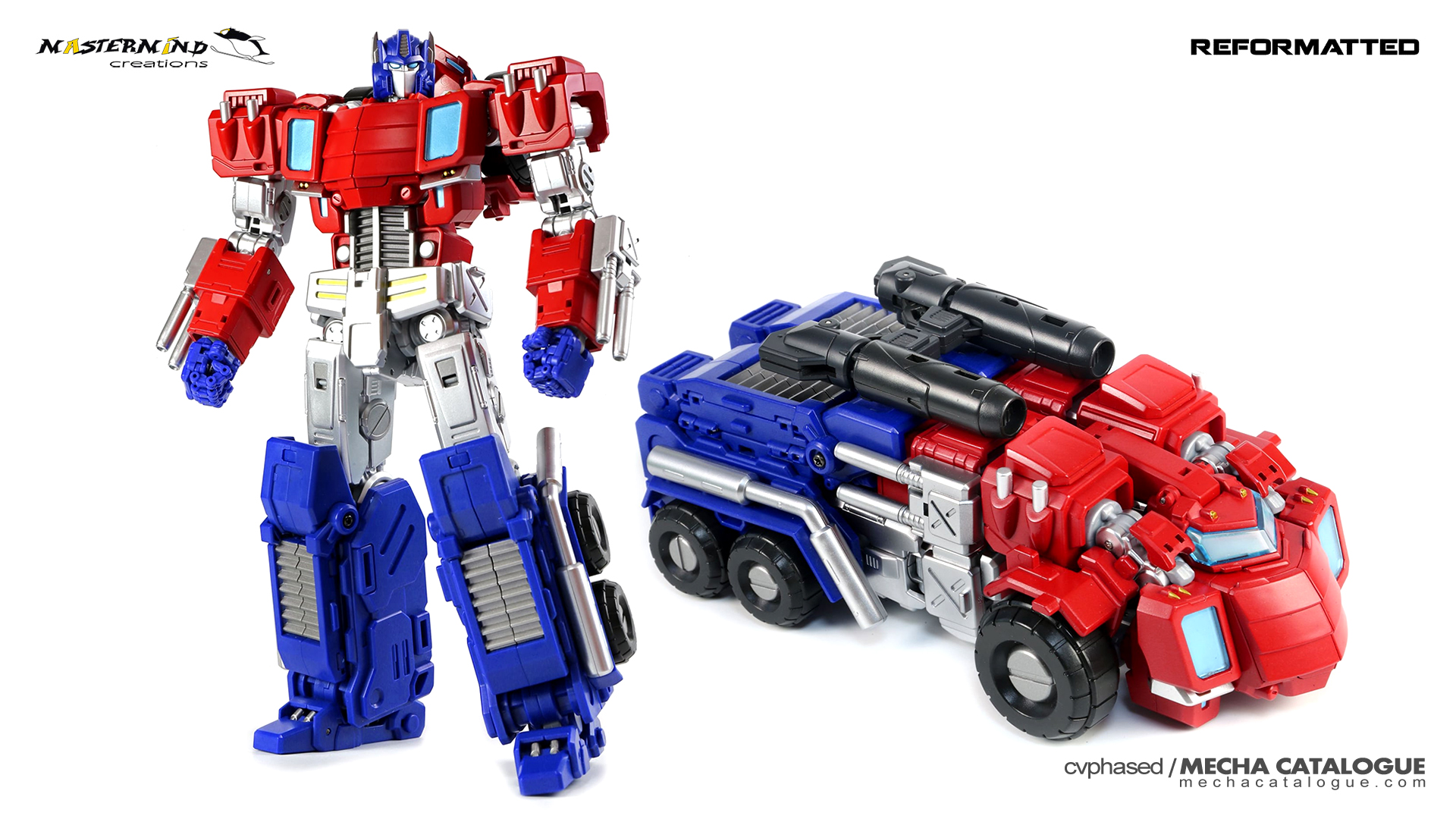 While I haven’t read any of the aforementioned books this design appears in, they do look quite accurate to the source material based on a couple of Google image searches. It’s as Optimus Prime as a design can be, even more with those vibrant reds and blues coupled with that gorgeous silver. Its vehicle mode is also accurate to the lineart, which as a whole makes me really want to get a copy (in fact, I already pre-ordered it). And given that it’s in the Reformatted line, it should also be in scale with most Transformers Generations figures, which is another plus in my collecting book. 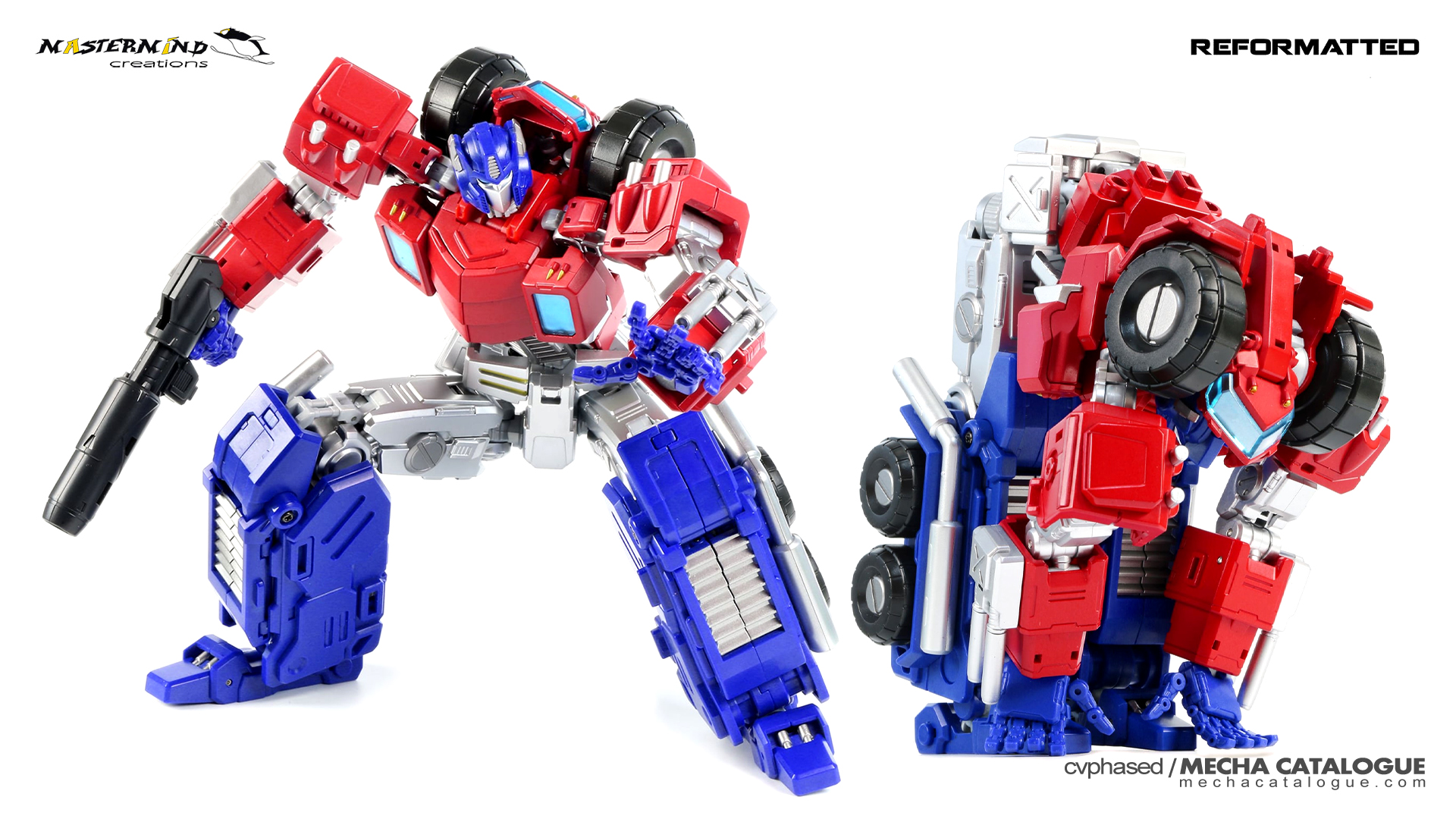 If there’s anything that Mastermind Creations wanted to get across with these previews, it’s that Optus Pexus is a very articulated figure. 180-degree elbow and knee joints, wide range of shoulder and hip assemblies, and fully articulated individual fingers — this guy can do anything and still transform! Not even Masterpiece figures can bend and reach their own feet while remaining planted to the ground. 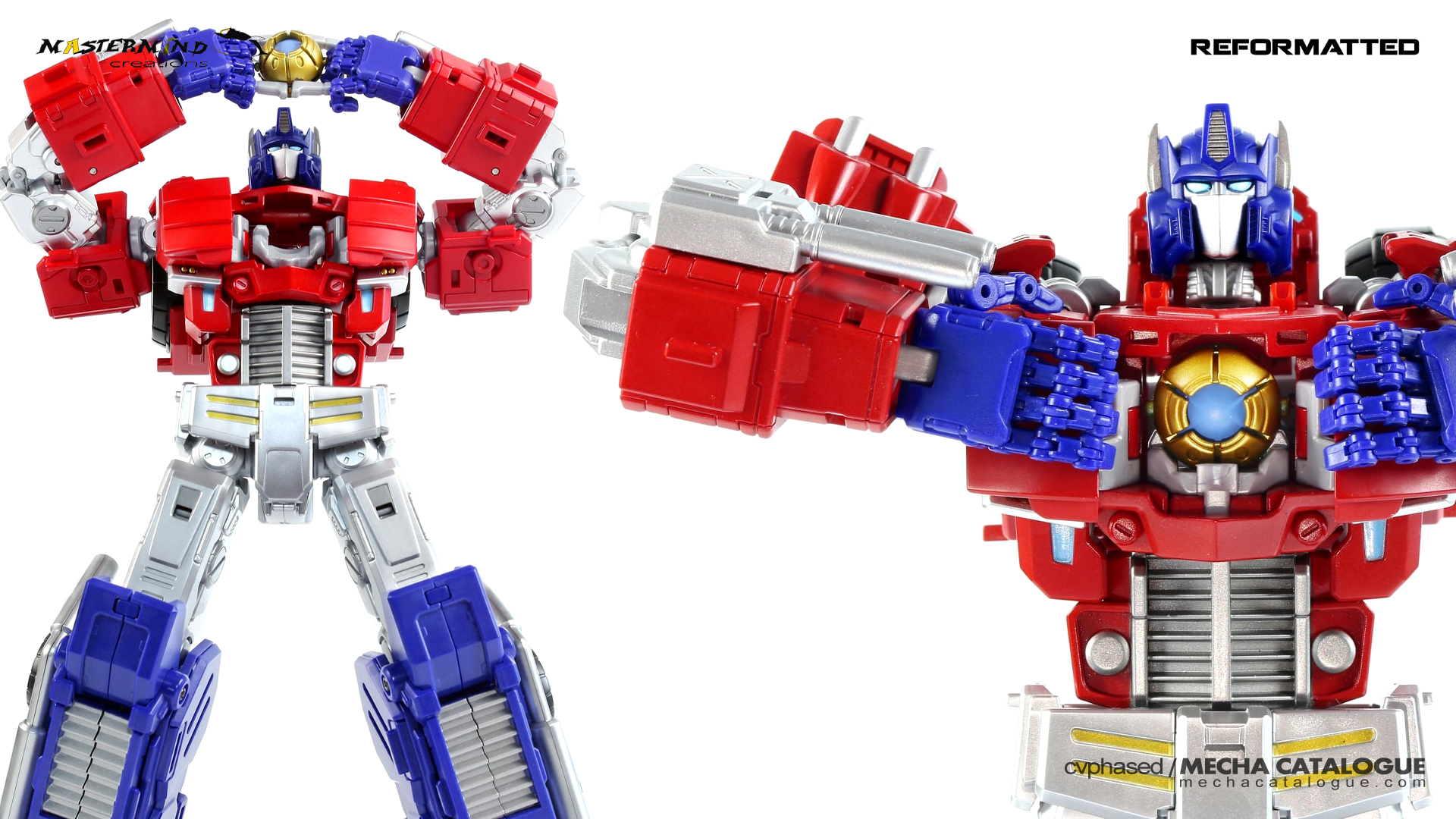 Much like any other figure based on Optimus Prime, Optus Pexus has an opening chest to reveal an in-scale Matrix of Leadership. And yes, he can reach and open the chest chamber and hold the Matrix with this very dexterous hands. They’ve yet to make an official solicitation for this figure, including a detailed list of all its features, but several stores have already opened pre-orders. So if you want a copy of this very articulated Optimus Prime, reserve yours now!