Studio Khara, via their official Twitter account @evangelion_co, has made a couple of announcements regarding the final film in the Rebuid of Evangelion tetralogy which started back in 2007. First is the postponement of its original release schedule on June 27, 2020 due to the currently ongoing pandemic, which is quite the bummer but that’s something they really can’t control. No new release date has been announced as of yet. 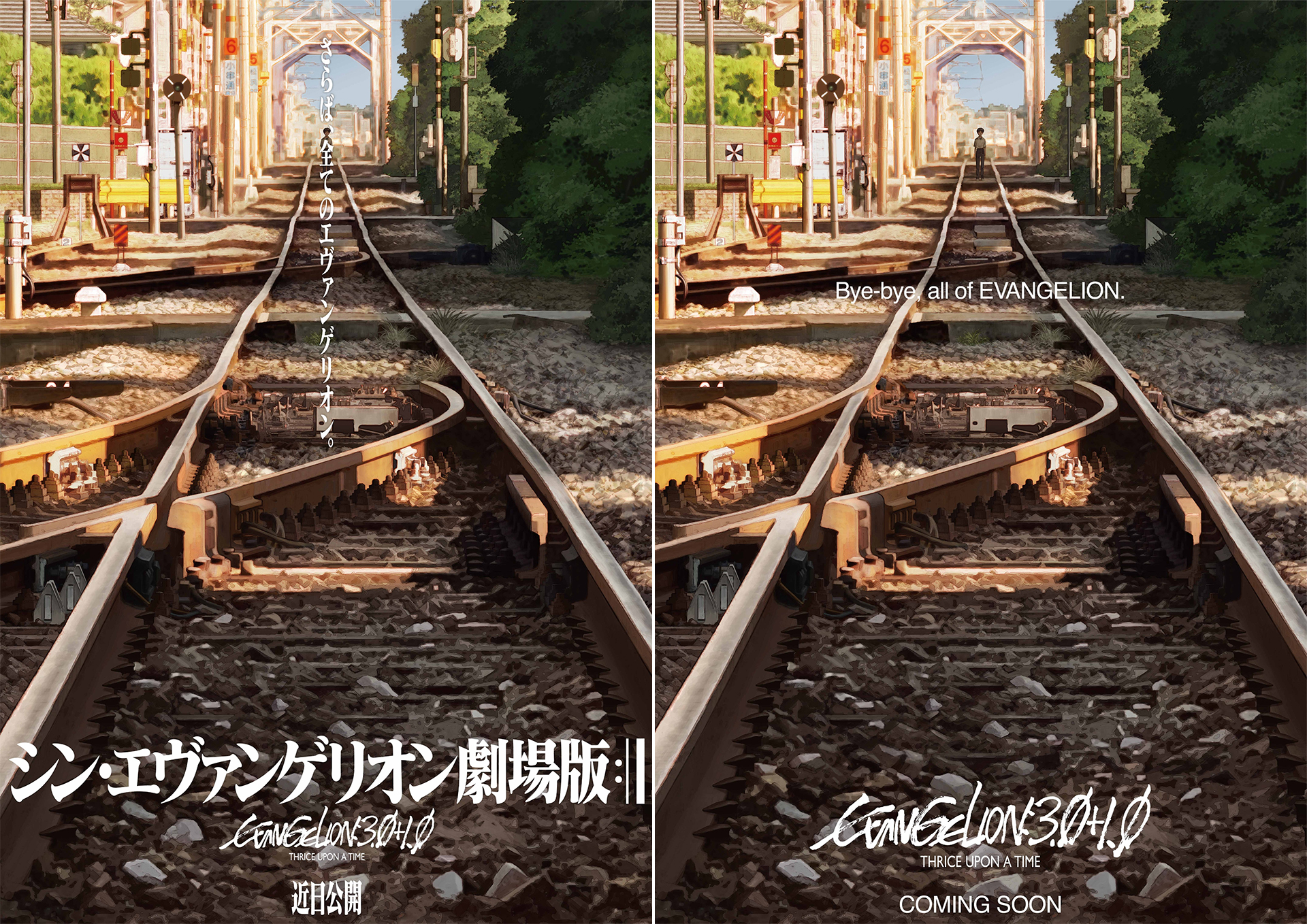 Second, they’ve also dropped the title, or subtitle, of the final film — Evangelion 3.0+1.0: Thrice Upon a Time. It’s quite a departure from the structure of the previous subtitles: You Are (Not) Alone, You Can (Not) Advance, You Can (Not) Redo. I have to admit, I really like that subtitle and it gives of a fairy tale vibe. I totally bet the story will be the farthest from any fairy tale but I still like that subtitle.

They’ve also dropped a new poster, both in English and Japanese, showing rail tracks and Shinji Ikari standing on the far end, an imagery which has been a staple of the franchise. It also contains the text "Bye-bye, all of EVANGELION" which can mean a lot of things so I won’t even attempt to speculate. In addition, they’re also releasing an introductory supplement to the film on the Studio Khara Official YouTube Channel starting April 20.