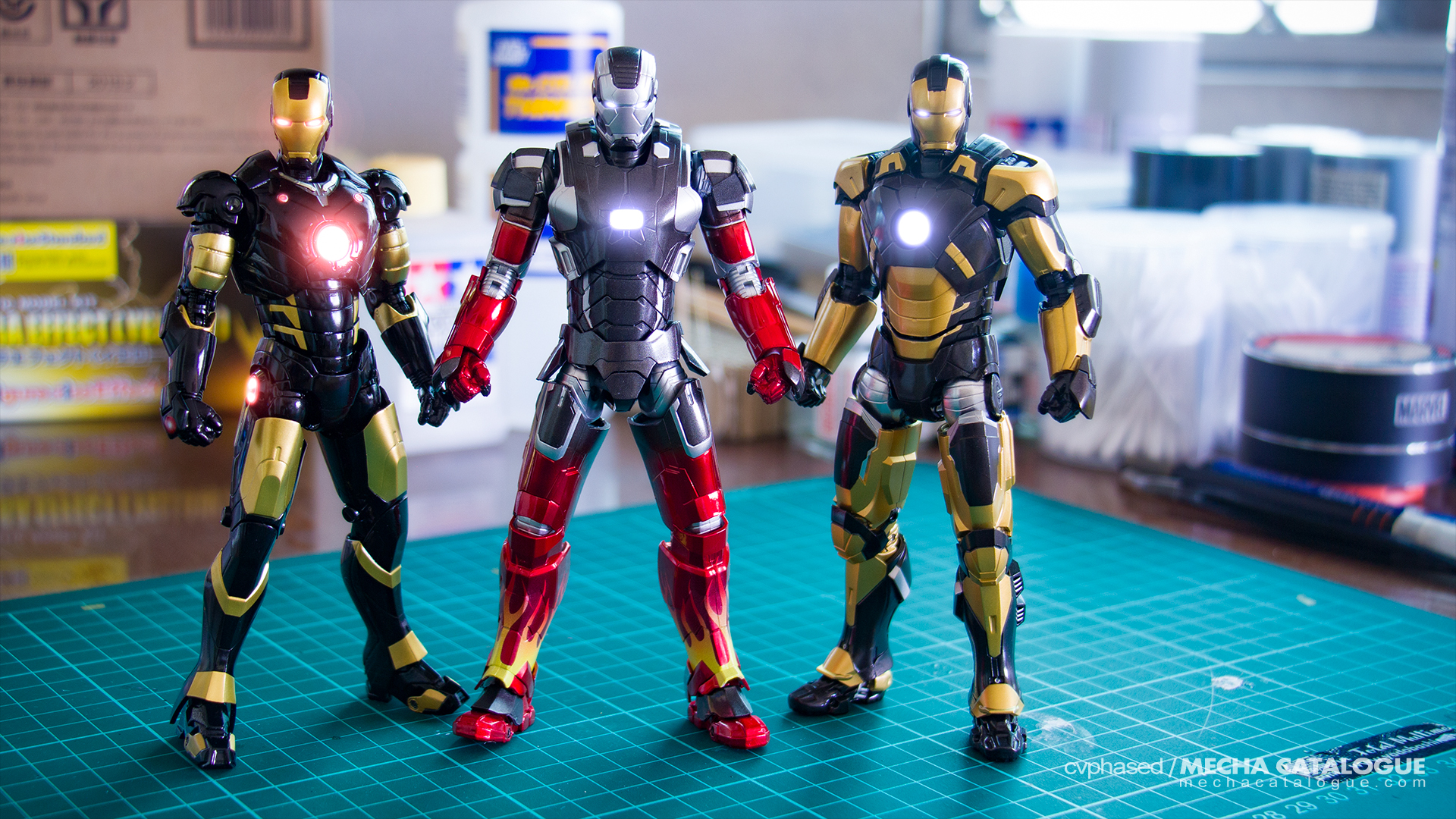 Did some quick reorganization of my Iron Man figures on storage yesterday and just snapped a photo of these three. All of them are exclusives, two are Japanese event-limited items while the other is from Tamashii Web. By the way, these don’t have LED light up features, I just added them in post for added effect. Oh and to those unfamiliar, on the very left is Iron Man Model 42, the official designation given to the armor commonly referred to as “Marvel NOW! Iron Man” which is the basis for this repaint of the S.H.Figuarts Iron Man Mark 3.