A new entry in the Ghost in the Shell franchise is set to premiere this April on Netflix. And no, I haven’t watched any of the previous movies or series… or even the live-action Hollywood version. In any case, Ghost in the Shell SAC_2045 is set to continue the events in the Stand Alone Complex continuity, featuring the return of Motoko Kusanagi and the members of Section 9. Also returning are our beloved Tachikoma units, and this is where Tamashii Nations enters the scene… 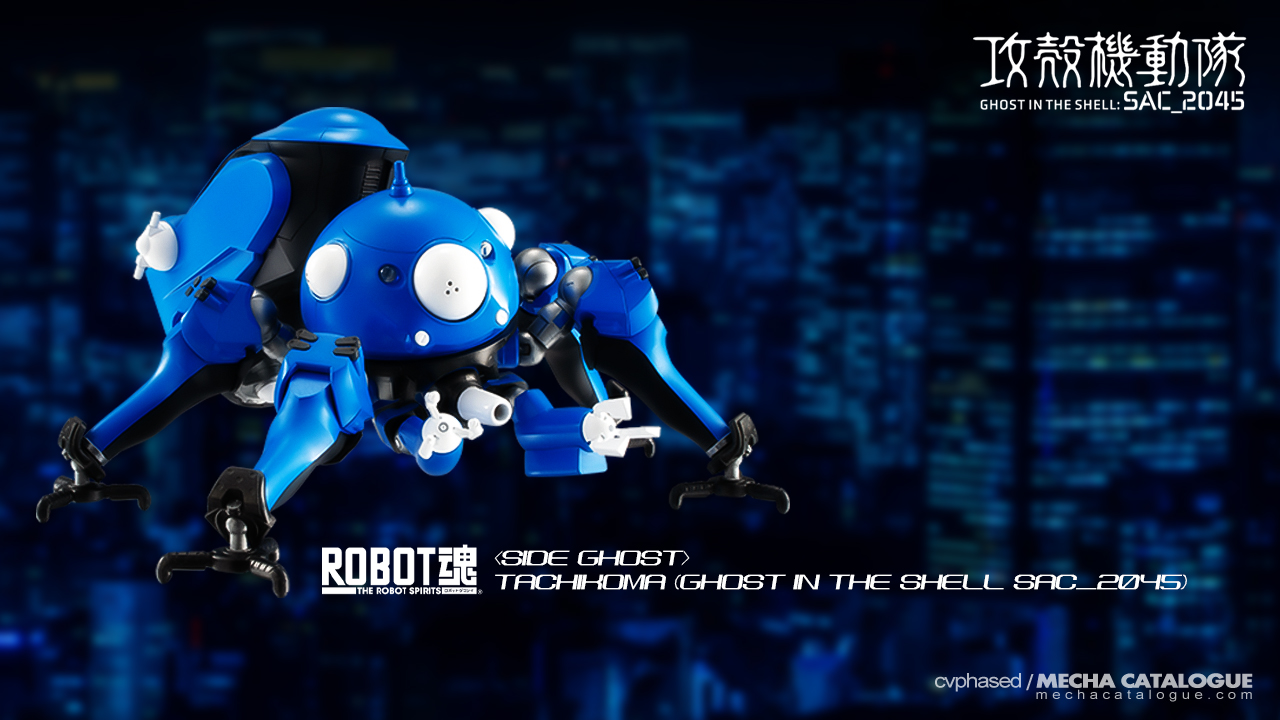 … with their latest offering, The Robot Spriits ⟨Side GHOST⟩ Tachikoma (Ghost in the Shell SAC_2045). As far as I recall, the last Tachikoma released in figure form was the Revoltech Yamaguchi version which featured a magnet block, making it a perfect office desktop piece or something to stick on you refrigerator. On the other hand, the SAC_2045 version is slightly different, mostly being the sleeker body unit. 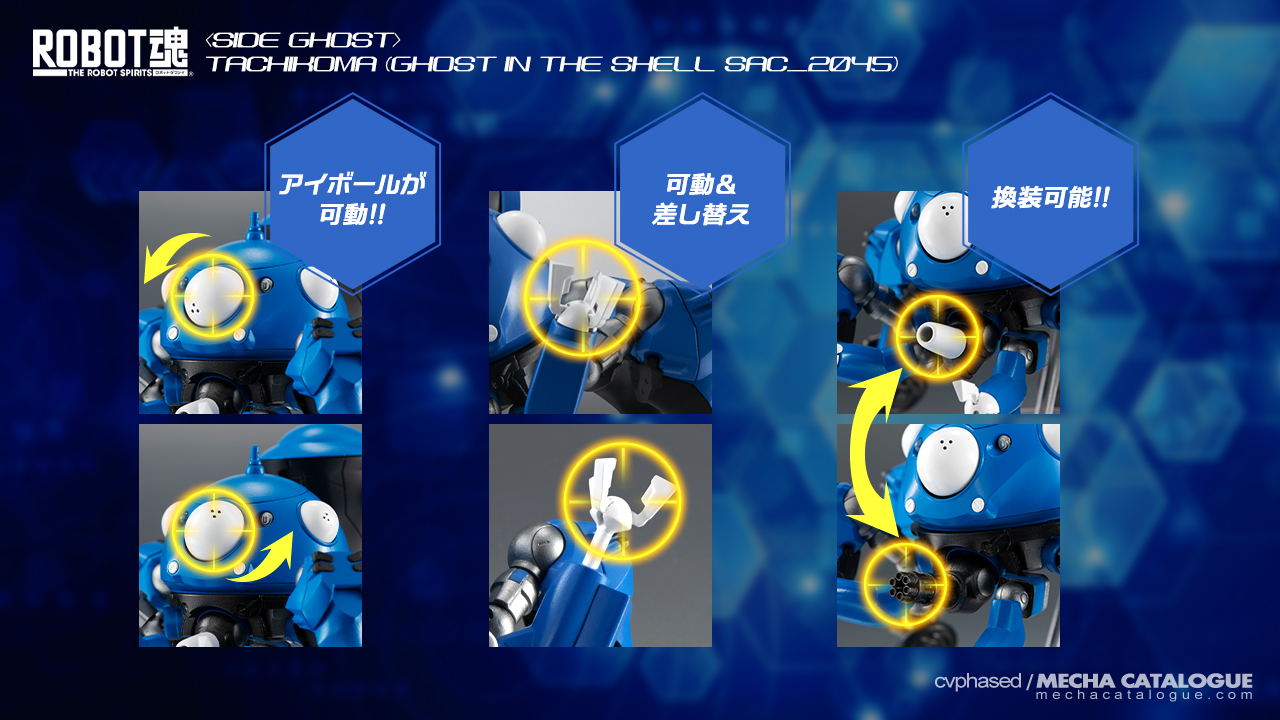 This figure includes several features and gimmicks, including a maneuverable optical unit, telescopic and fully functional manipulators, and a main weapon port that can either be a grenade launcher or a Gatling gun. 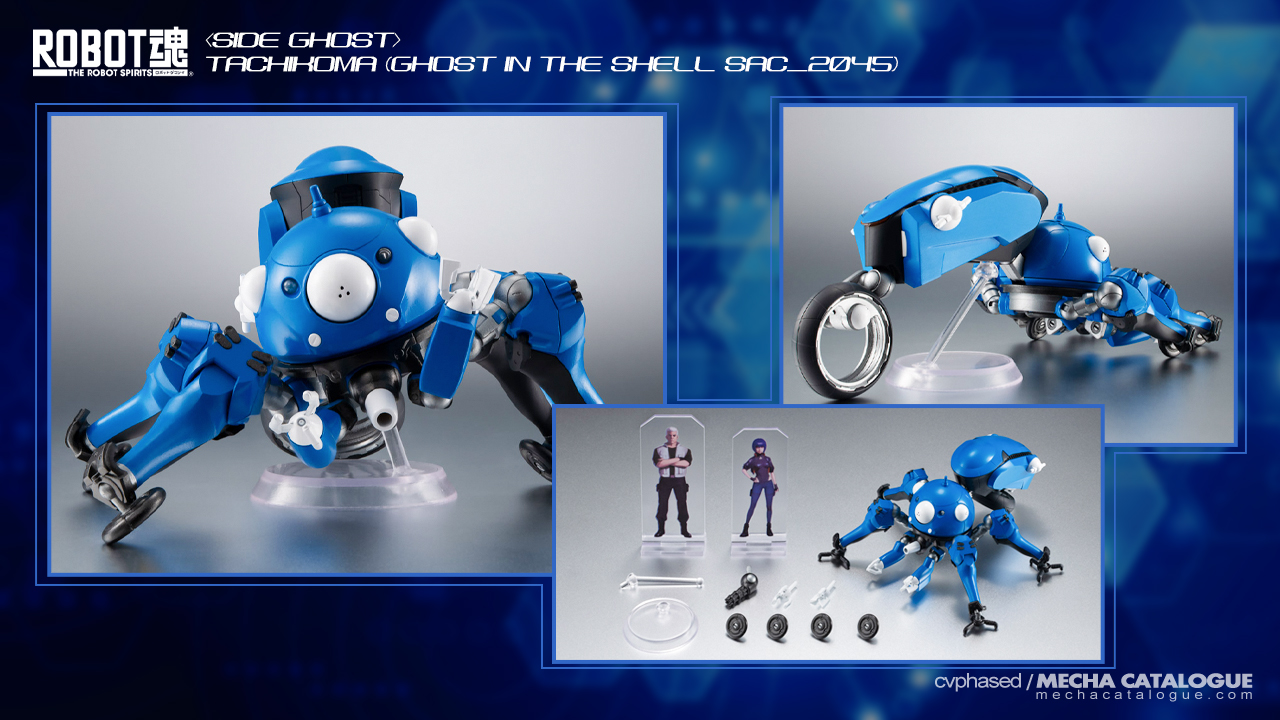 A notable feature that differentiates this version of the Tachikoma is its new high-speed form though the extension of the main body unit and deploying the attached wheel. Aside from the replacement parts to facilitate the aforementioned gimmicks, the figure also includes in-scale character plates of both Motoko Kusanagi and Batou, as well as a display support base.

I really thought I already have a copy of the Revoltech Yamaguchi Tachikoma to compare with this version. Guess I have to track that one.