Prolific anime screenwriter Gen Urobochi (Gargantia on the Verderous Planet, Expelled from Paradise) is once again back to write a new mecha series — with series directors Hiroki Yamada and Seiichi Shirato, and animation production by Buemon, best known for their CG animation. 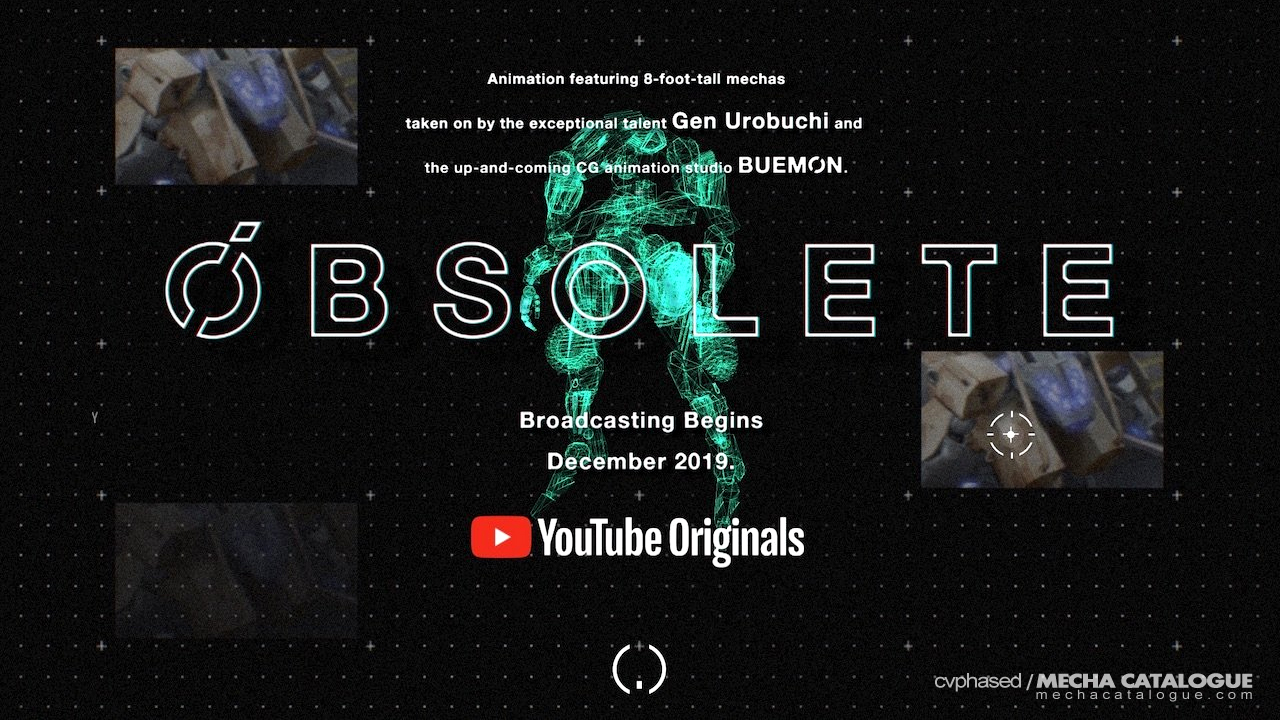 The series is titled OBSOLETE and it be a YouTube Originals exclusive slated to premiere this December. And yes, this is full on 3D CG.

Set in 2014, aliens of unknown origin made contact with humanity and requested a trade arrangement — which would be eventually known as the "Sankt Gallen Arrangement". In exchange for 1,000 kg of limestone, they will provide "EXOFRAMES" — 2.5 meter tall consciousness-controlled robots. With their apparently cheaper costs and ease of operation, these EXOFRAMES quickly replaced coventional tanks, planes, and artillery. 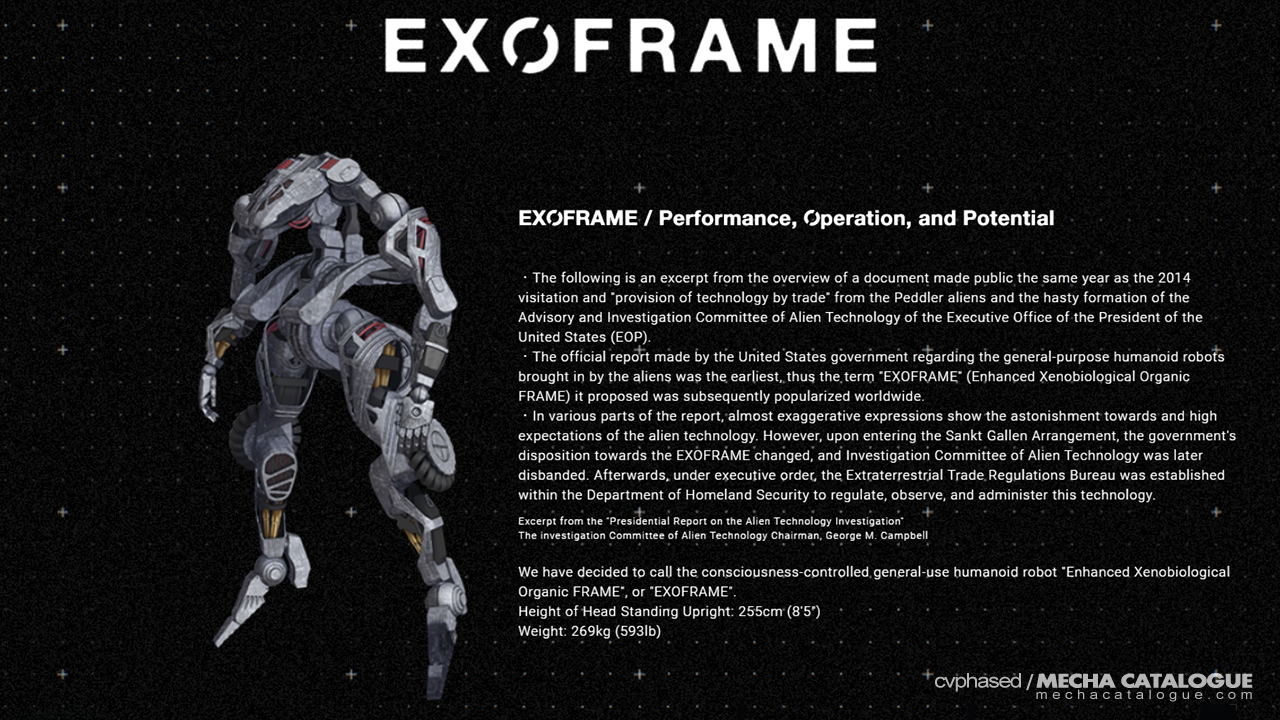 While most people are turned off by the mere mention of CG in their anime, I have a much higher tolerance to it — case in point the ULTRAMAN anime back in April. In addition, if you go to the official website at project-obsolete.com, you can read tons of world-building information regarding the EXOFRAMES and how they came to be.

It’s pretty safe to say that I’ll be watching this series, though I have no idea how the whole YouTube Originals thing works. What’s more, I wish these EXOFRAMES will have some figures or model kits as the designs are quite interesting. Oh wait, they do!