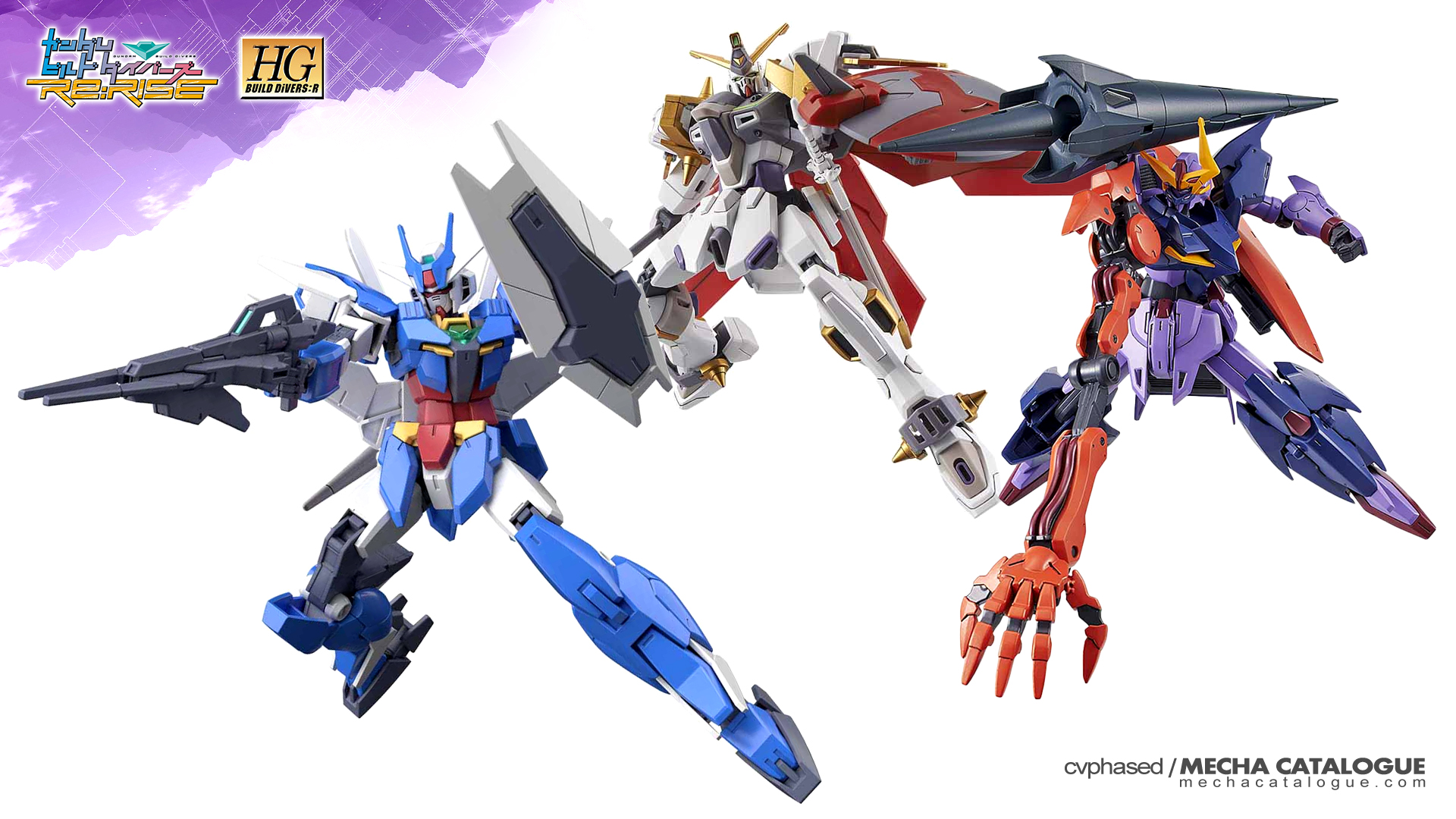 Running along side the announcement for Gundam Build Divers Re:RISE comes the tie in Gunpla. Surprisingly, they decided to start a new line and not continue the numbered High Grade BUILD DiVERS kits. These kits will be available under the High Grade BUILD DiVERS:R line, and I’ll be listing those I’m currently interested. 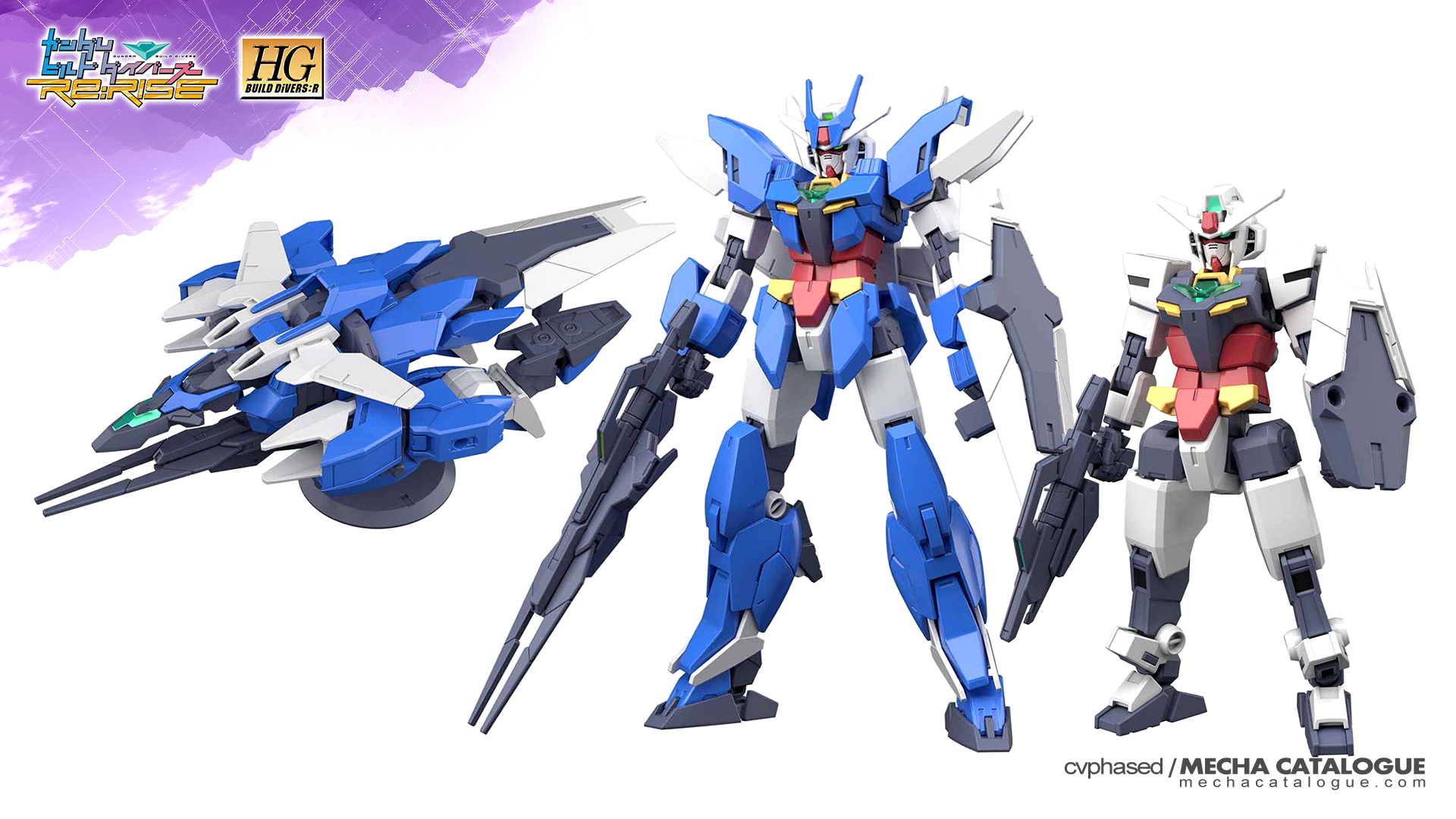 Opening the line up is, of course, the HGBD:R Earthree Gundam. As explained in the announcement yesterday, at its core is the (again, aptly named) Core Gundam with the mostly blue arm/leg segments, and armor panels coming from the Earth Armor included in the set. With the way the armor panels are split, builders can use different armor sets to mix and match colors, building your own unique Gundam in the process. When not docked, the Earth Armor transforms into a flight mode that the Core Gundam can ride on. 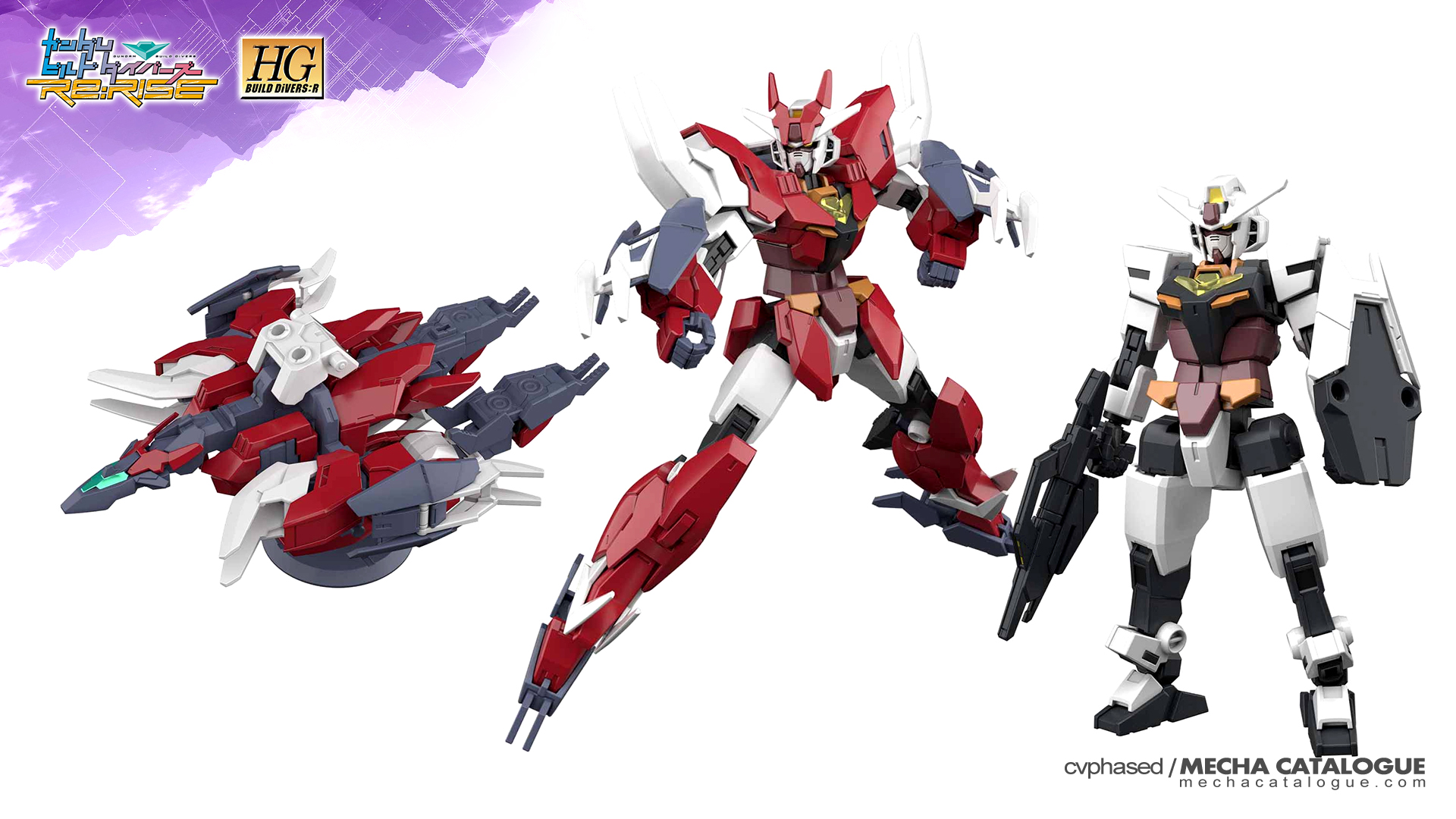 As for the other Planets System units, Bandai Spirits is taking a different approach. Instead of selling the same Core Gundam kit with these armor units, each set will be coming with a differently-colored Core Gundam inspired by RX-78-2 Gundam variants. The Core Gundam coming with the Marsfour Unit will be based on the Real Type Gundam. As for the Marsfour Gundam itself, it’s essentially a red Earthree Gundam with minor armor differences and change of weapons for melee combat. 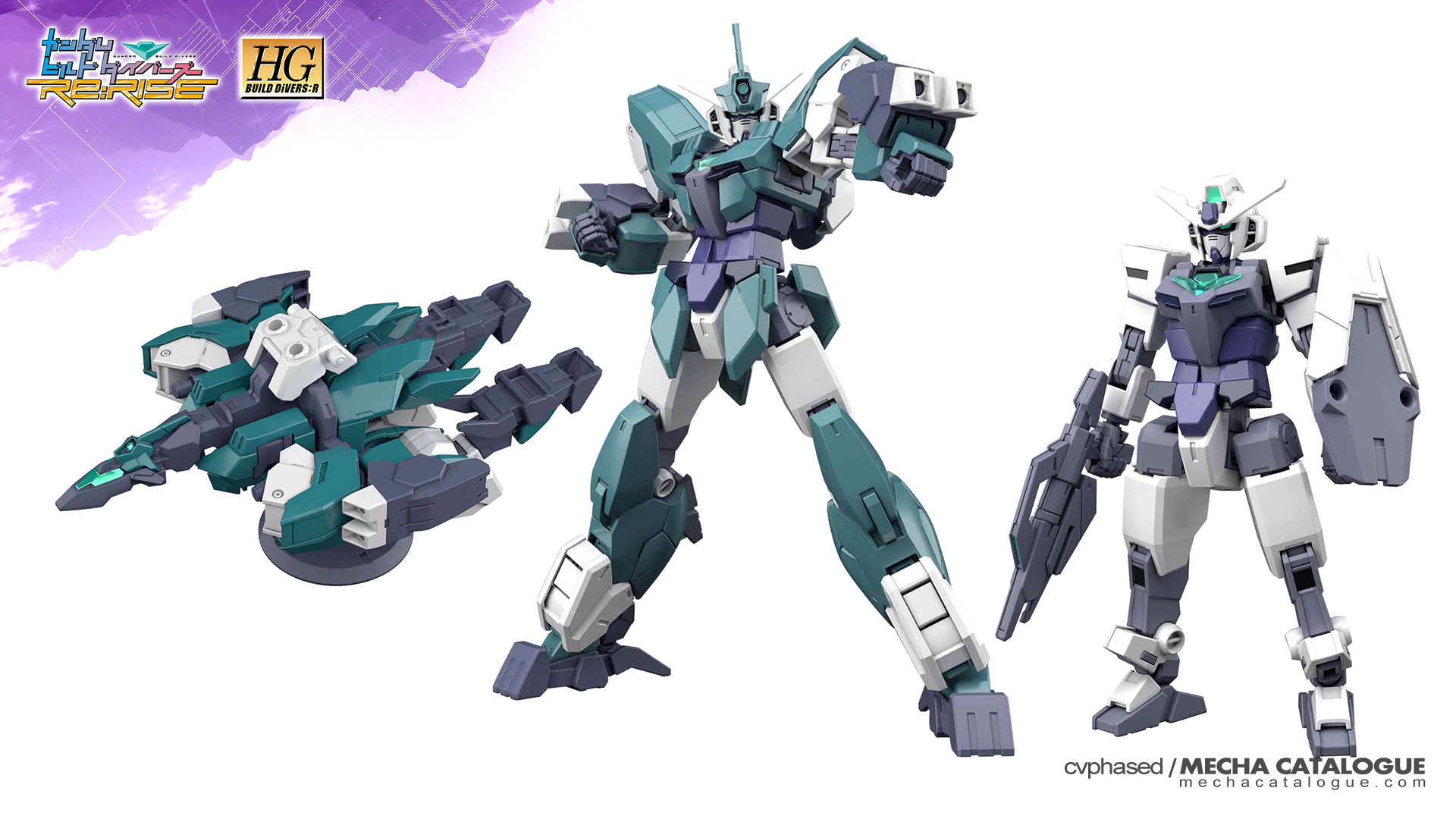 Between this and the Marsfour Unit set, I’m leaning on getting this one because of two things. One, the Core Gundam in G3 Colors looks quite interesting and does perfectly match the Veetwo Unit once I repaint it in the colors I’m currently thinking. Again, the armor unit slightly differs from the Earthree or Marsfour units and is configured for heavy artillery. Not saying I’ll be getting this one though, just preferring the colors. 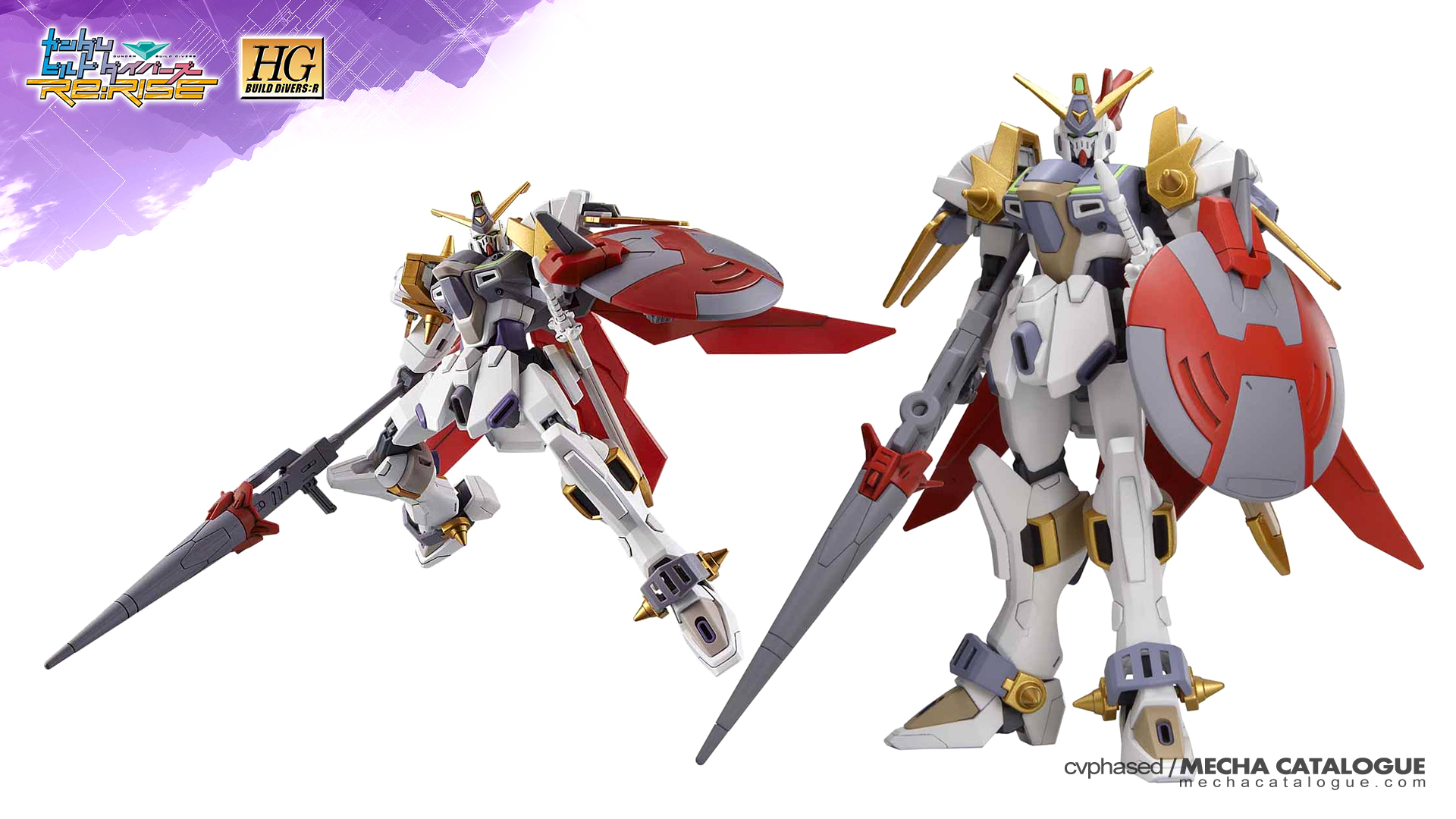 Going into totally different territory, we have the HGBD:R Gundam Justice Knight with its very medieval aesthetic. The color scheme is okay and it seems to have good parts separation, especially on the neon green stripes on the torso unit. The Gundam Justice Night is based off the Infinite Justice Gundam so it is safe to assume that a new High Grade of the kit is in the pipeline, or at least being considered. Not yet completely on board on getting this guy though if I would, I’d do away with some of the dull gold and that neon green strip. 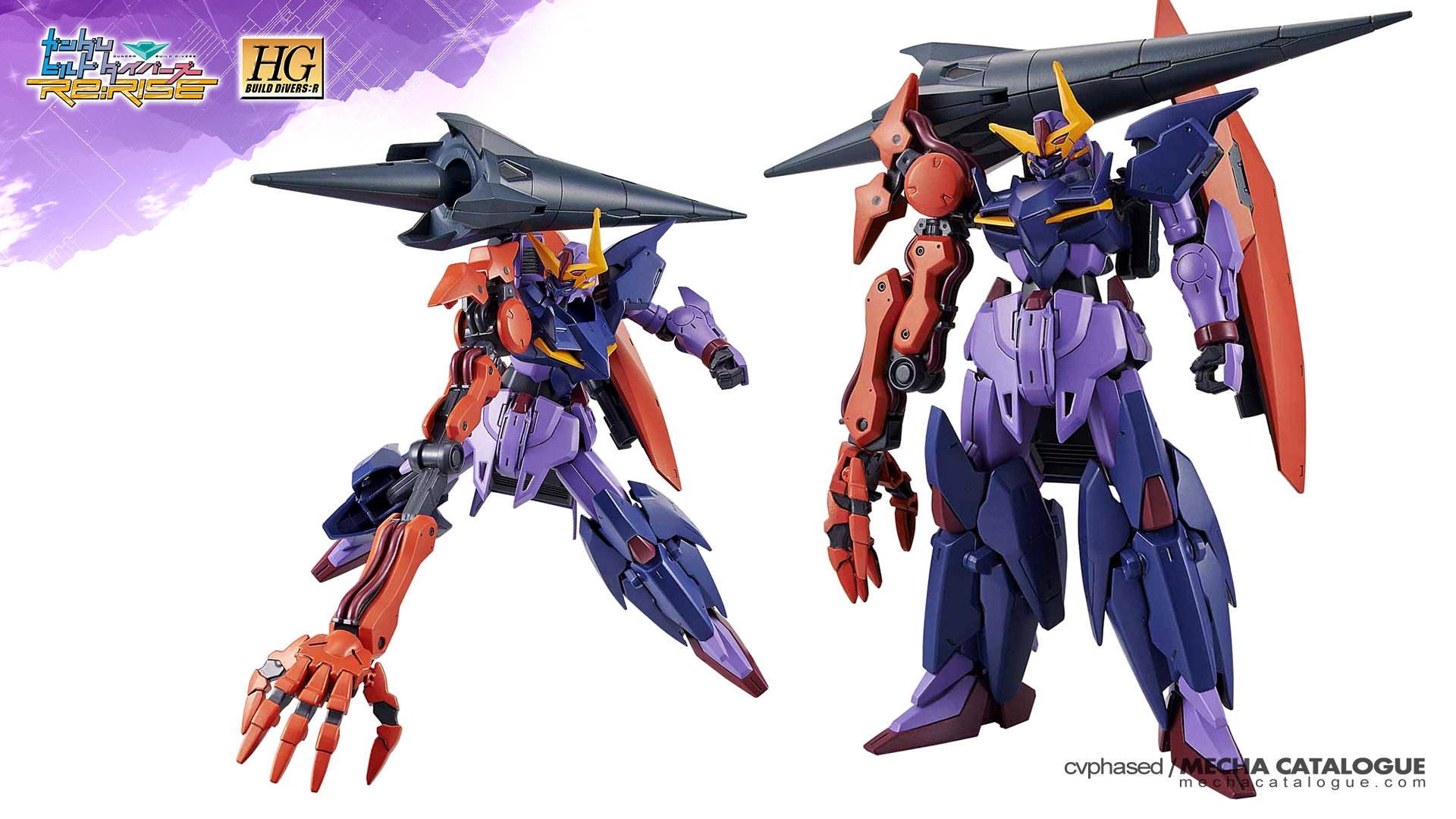 If we’ll go with looks alone, I’d say this guy would be our villain. From the asymmetrical head sculpt, weapon placement at the back, and that huge thing of a right arm — which would have some extension gimmick as seen here. Much like the Gundam Justice Knight, this guy is based off the Gundam Mk-III. I am seriously hoping that we’ll get a High Grade of the Gundam Mk-III, through some MSV line or a Build Divers version much like the Crossbone X-1 Full Cloth. 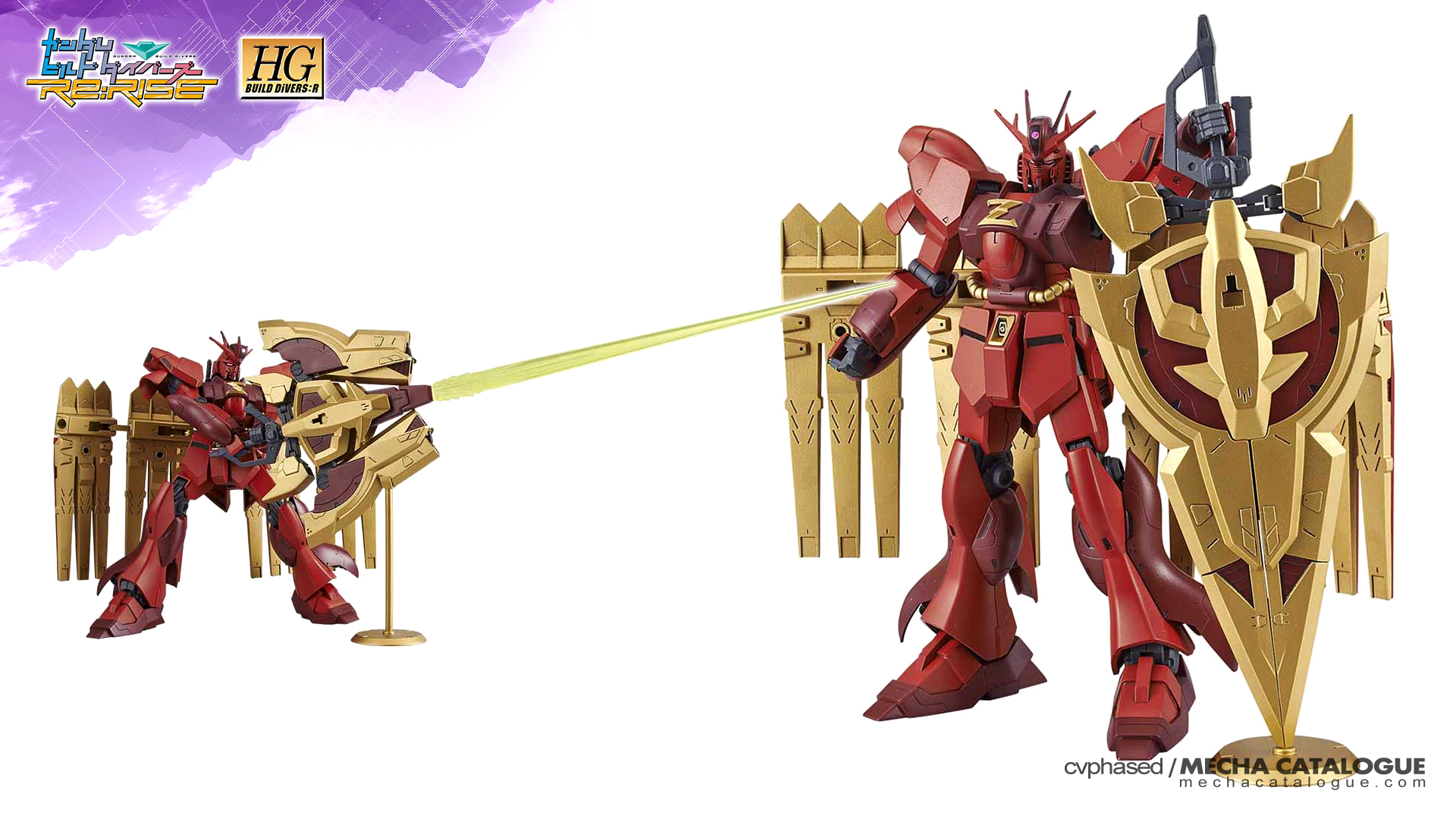 Now we’re getting into stuff not revealed in the existing promotional materials. This guy is basically a Nu Gundam that’s totally screaming “Sieg Zeon” with all the Zeon aesthetics and iconography. From the Char Aznable red color scheme, to the golden Z emblem on its torso, not to mention the gigantic Zeonic Sword which can transform from normal mode to bowgun mode to beam sword mode, huge beam effect part included. It also cleverly uses the Nu Gundam’s Fun Funnels as cape thrusters. 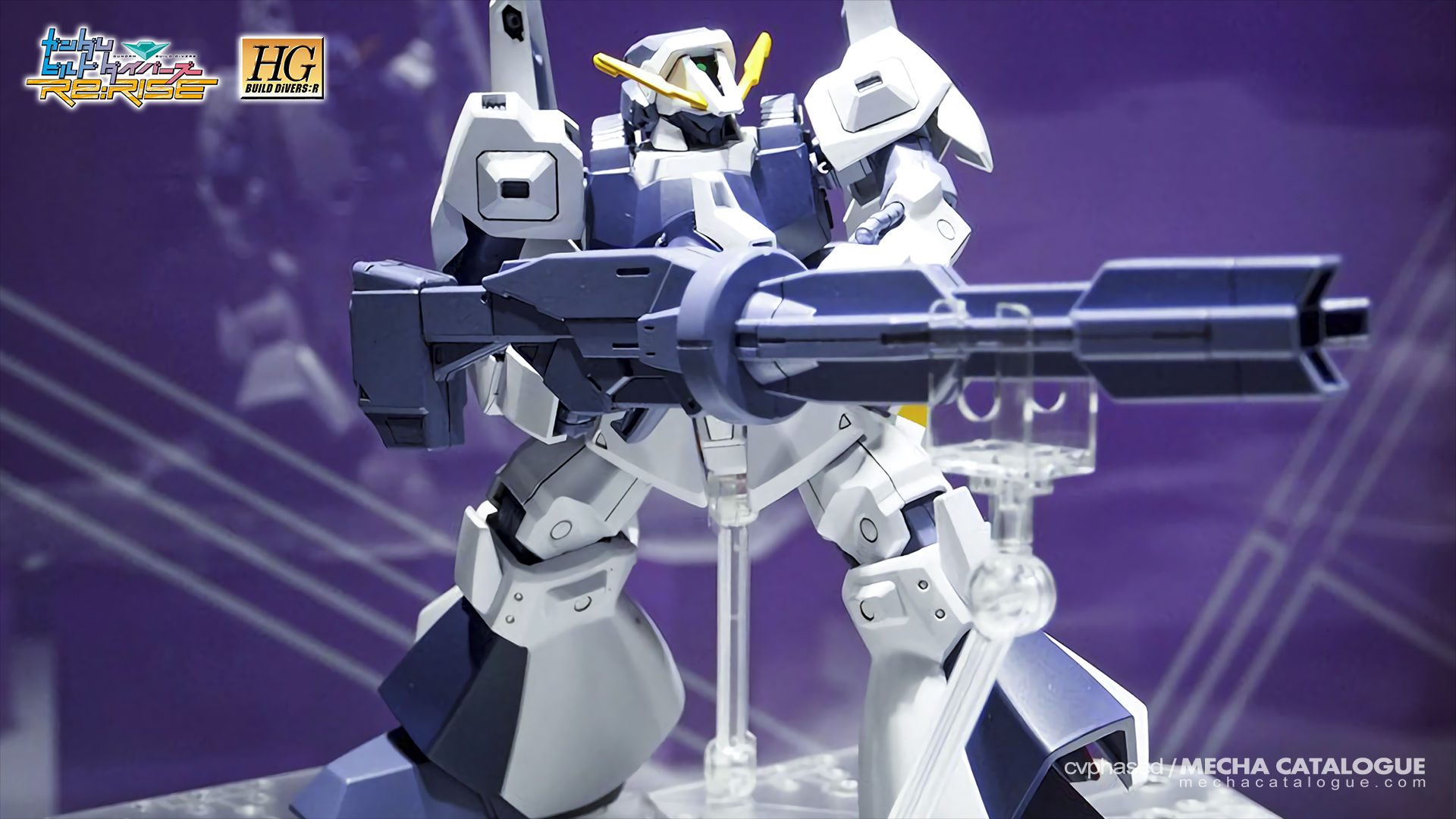 Last on this list is a kit based on a design that will appear in an upcoming volume of Gundam Build Divers Break. Named the Build Gamma Gundam, it is based on the original mobile suit codenamed Gamma Gundam and eventually became the Rick Dias in Mobile Suit Z Gundam. I actually like its white and dark purple color scheme with that Gundam head having a monoeye as front camera. Aside from that massive cannon, no other information has been released regarding this guy.

Overall, the initial wave of kits are at least okay. The concept of a tiny Gundam at the core of the main Gundam unit is certainly first though the the whole modular armor parts concept isn’t. And despite the totally different names of the Gundams formed with the different armor units, they are essentially the Earthree Gundam in other colors. I’m actually more curious with the kits in the pipeline hiding behind these, like potential High Grades of the Gundam Mk-III and an updated Infinite Justice Gundam. And while I really dig the Build Gamma Gundam design, it will be a retool of a kit released way back in 2002.

They also appeared to drop the HG Build Custom line as the weapon sets are also part of the HGBD:R banner. Not that it really matters though I have a thing for these model kit lines and their semantics. Anyway, for more info on upcoming High Grade BUILD DiVERS:R releases, head on to its special page at Bandai Hobby Site linked here.