Still continuing to give my unsolicited thoughts on the reveals during last weekend’s Wonder Festival 2019 for Summer, Sen-Ti-Nel’s gray prototype displays probably has caught my interest the most. Covering a wide range of properties and lines, the stuff in their pipeline looks really promising. And not to mention expensive. 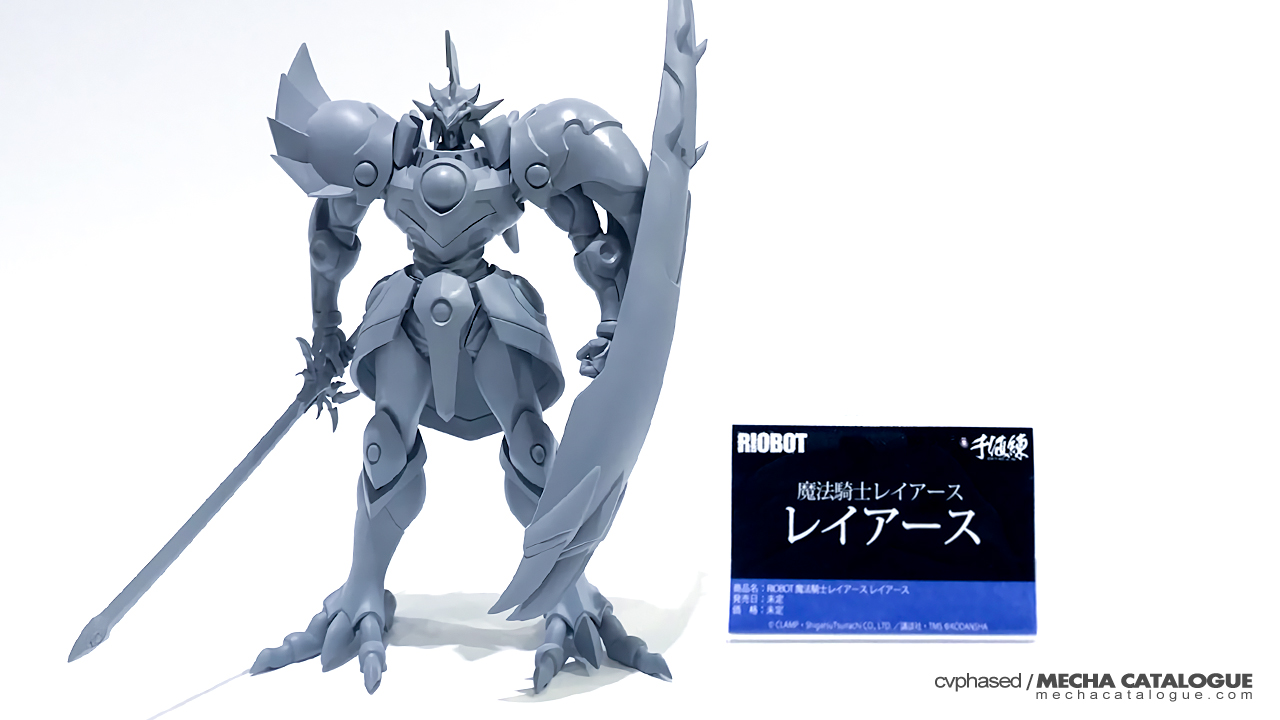 As if complementing Good Smile Company’s MODEROID Escaflowne display, Sen-Ti-Nel also has mecha based on an earlier ‘isekai‘ series. If you haven’t recognized the gray prototype, then let me introduce Rayearth from Magic Knight Rayearth, a sort of kind of magical girl isekai show back in the 90s. The basic plot revolves around three girls after being transported to the magical world of Cephiro to save it from evil forces. Each of the girls are given Rune Gods to help in the fight, one of which is the titular Rayearth. It will be released under the RIOBOT line but no other details were given. 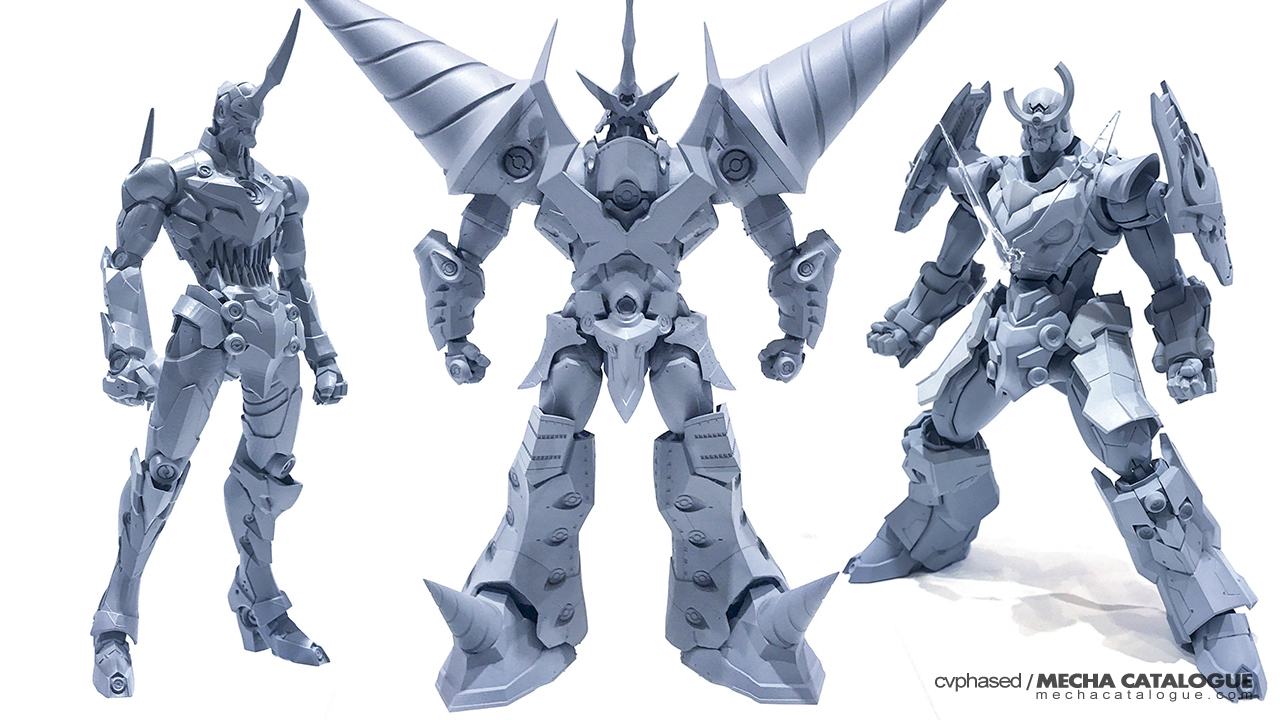 These next ones are kind of peculiar. You see, Sen-Ti-Nel is known for their high-end figures featuring copious amounts of engineering and detail. These three, on the other hand, are tagged as model kits. And as far as I recall, and please correct me if I’m wrong on this, Sen-Ti-Nel has yet to have a plastic model line so this is quite interesting. Taking that interest further is their choice to release Gurren Lagann designs, with gray prototypes of Gurren Lagann, Lazengann, and Super Galaxy Gurren Lagann shown here. I’m quite particular with size and scale in model kits like these three so that’s probably the first detail I’d like to know. Speaking of details, none were also revealed for these three. 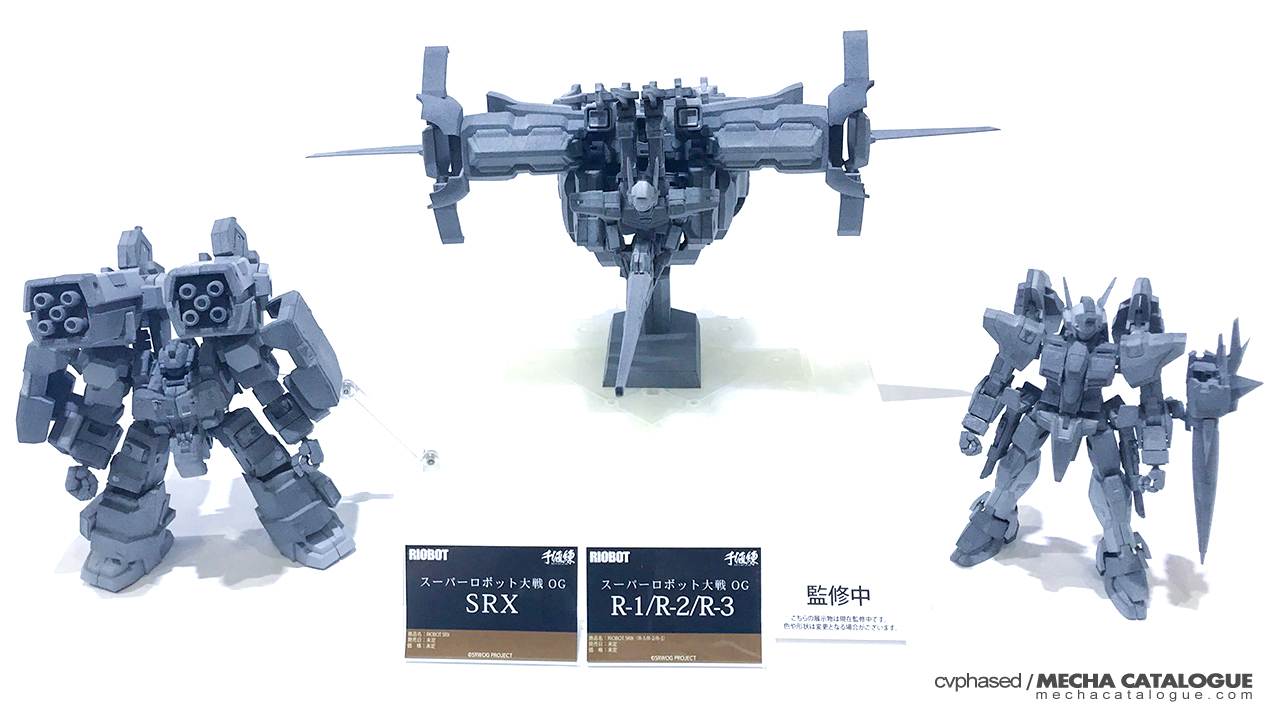 Going back to RIOBOT stuff, they switched their displays a bit. During the Shizuoka Hobby Show last May, they had the combined RIOBOT SRX in its massive combination glory. This time around, they have the individual machines on display — R-1, R-2, and R-3. Looking deeper, I find it odd that they chose to release the SRX as a RIOBOT figure, especially when they have the METAMOR-FORCE line for combining machines like Gravion or Dancouga. Prior to this set, the SRX is only available (I think) as a non-scale Kotobukiya kit so this is definitely an option to consider. Though I’d probably stick to the model kit just because. 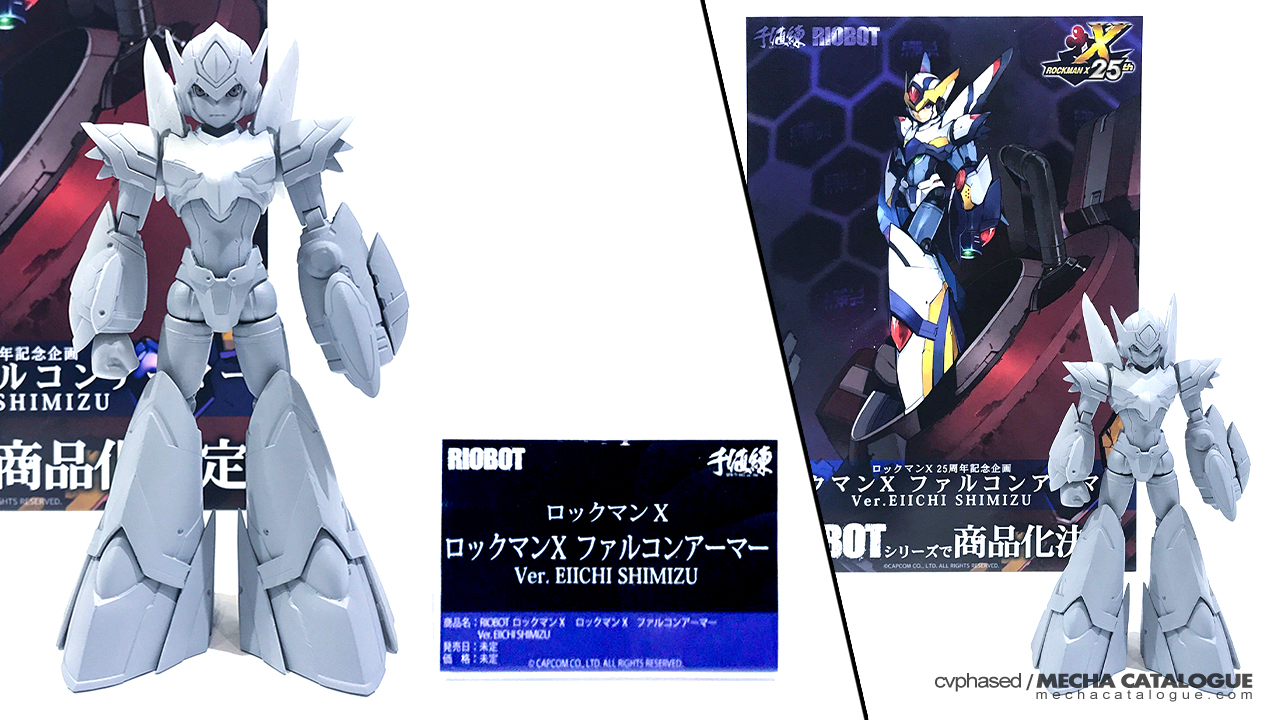 Okay, I’m nearly convinced Sen-Ti-Nel is doing some consolidation of figure lines, as the next in this list is RIOBOT Rockman X Falcon Armor (Ver. Eiichi Shimizu). Readers of this blog should’ve encountered that name a couple of times already thanks to his work on the ULTRAMAN manga/anime and Linebarrels of Iron. It’s a nifty redesign and should compliment Truforce Collectibles Rockman X redesign or Tamashii Nations’ one off Rockman X Giga Armor X.

So regarding my paragraph opener, remember the RIO:bone line? This is where they used to have figures of human or human-sized robotic characters, including Buster Machine No. 7 (Nono) from Aim From the Top 2! Diebuster and Canti from FLCL. Well, Canti was actually last in the line so I’m pretty sure it’s dead, especially with their 4inch-nel line doing the same, albeit smaller. 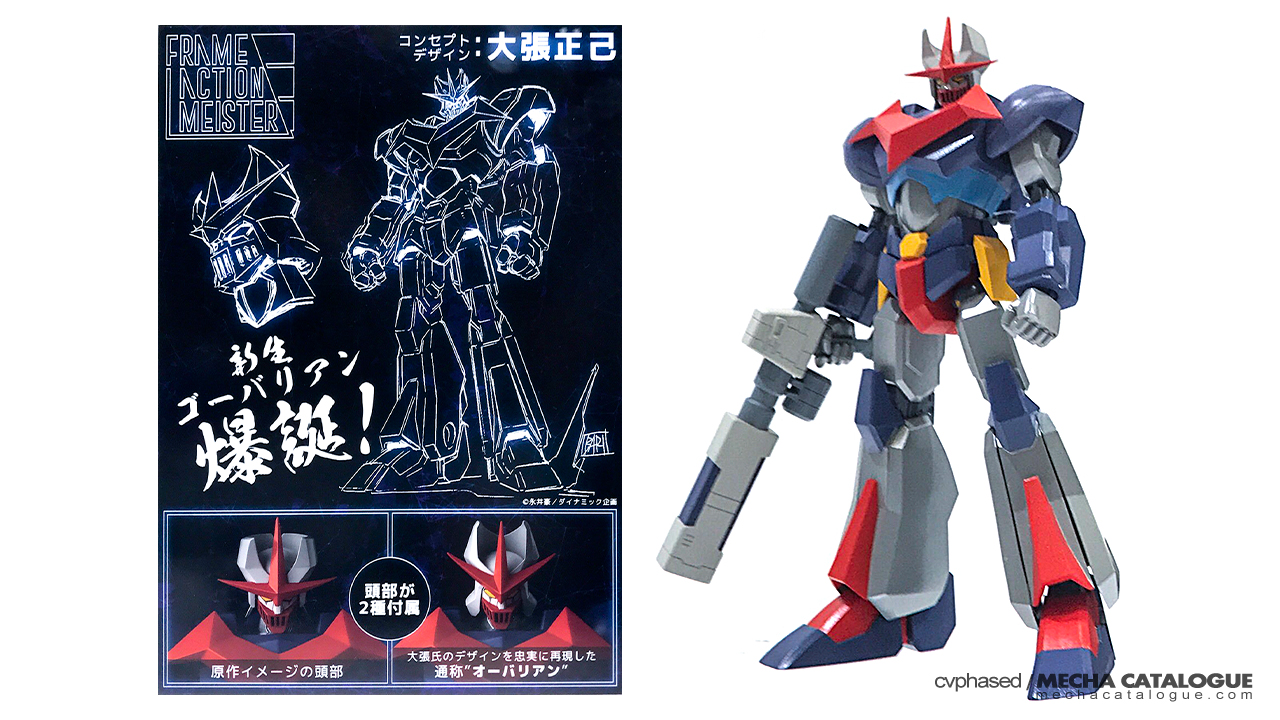 And now we have colored prototypes! This is the next figure in the Frame Action Meister line, Govarian from Psycho Armor Govarian. Still not sure on the deal with these Frame Action Meister figures though I think these focus more on poseability without compromising the details. Like the others here, not much is revealed regarding this guy though it looks like it will come with two head units of varying designs. 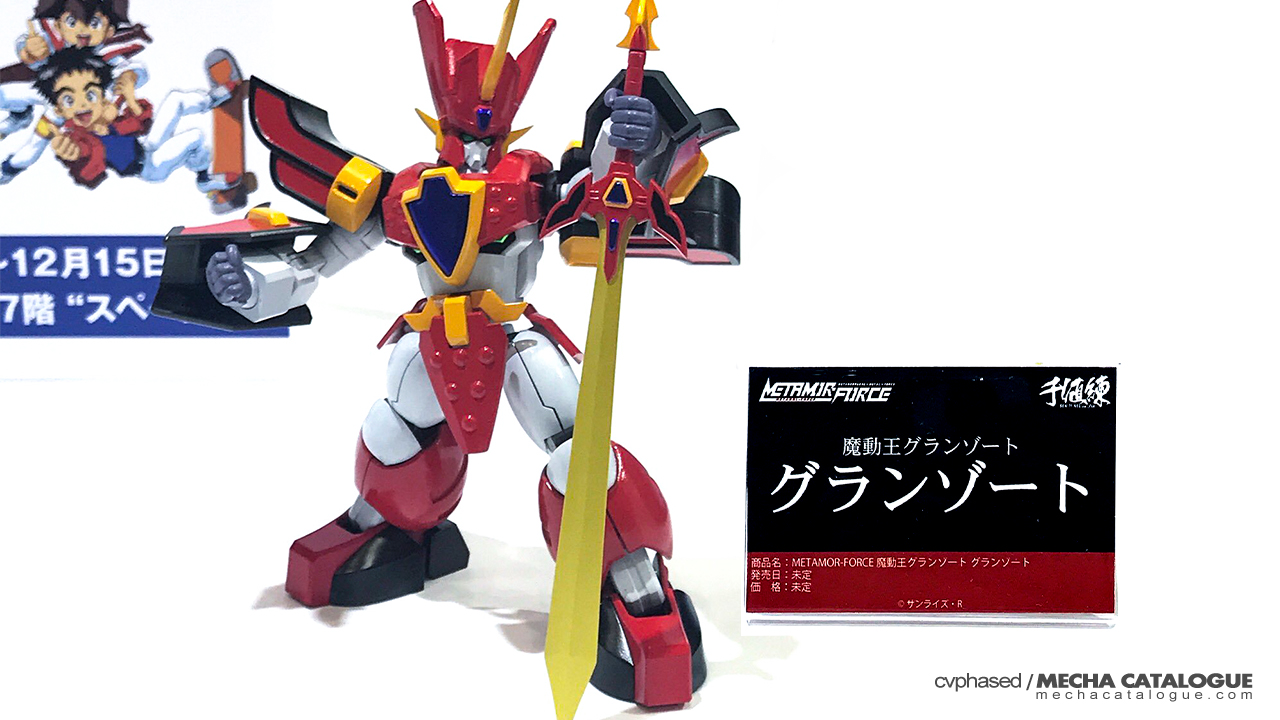 Sen-Ti-Nel currently has three versions of the METAMOR-FORCE Ryuoumaru either on sale, so I though they’ll definitely do Ryujinmaru next. We’ll they totally went the other side and will be releasing METAMOR-FORCE Granzort from Mado King Granzort. Wataru x Granzort crossover confirmed! Seriously though, this made me consider, even for a tiny bit, getting Ryuoumaru so that I have a reason to get Granzort as the only option out there is Variable Action figure from MegaHouse, quality control issues withstanding. Definitely checking out reviews of Ryuoumaru now.

These are my top picks from Sen-Ti-Nel’s Wonder Festival 2019 Summer display. I really like how diverse they’re going with the figures being considered for release. If only their products aren’t that expensive then buying something once in a while won’t hurt. Though we do know that the price tag translates to a high-end collectible so I can only pick and choose.