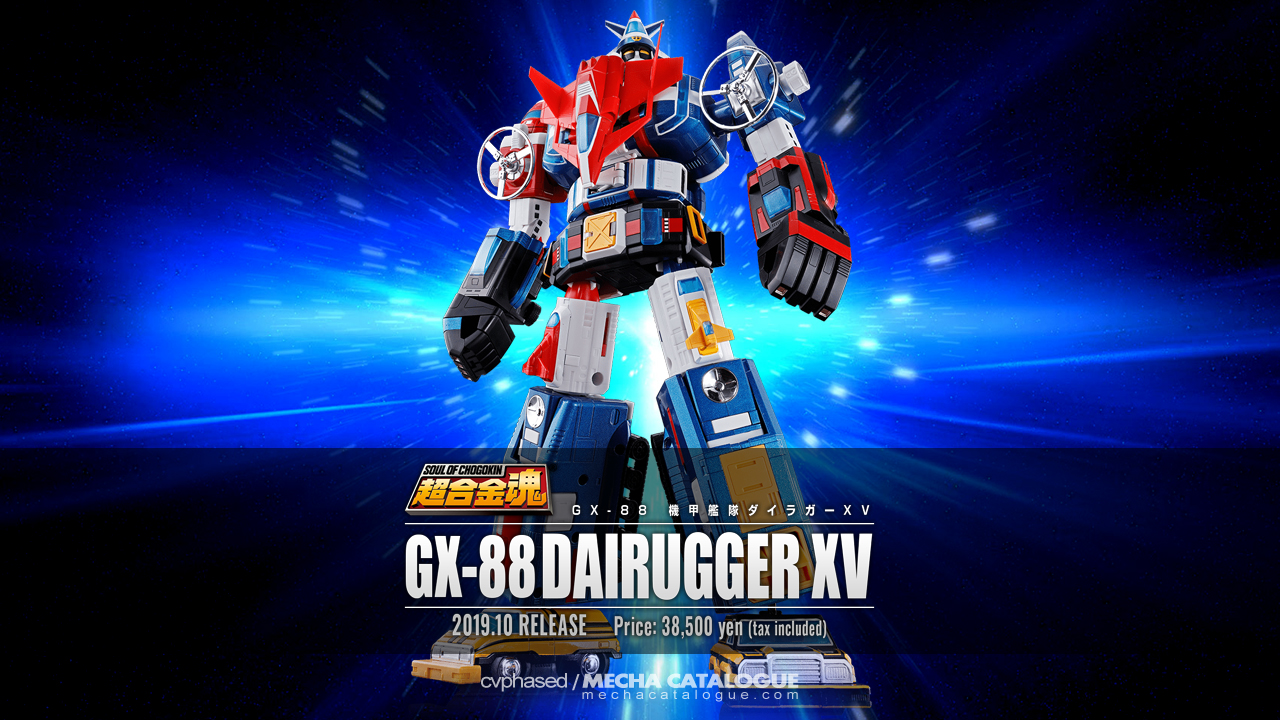 Prior to this figure, Miracle Productions made their analogue of a high-end “Vehicle Force” Voltron figure which was met with mixed to mostly negative reviews due to poor engineering and quality control. Despite this, it was the only modern collectible figure available in the market. Fortunately, that’s soon to change. 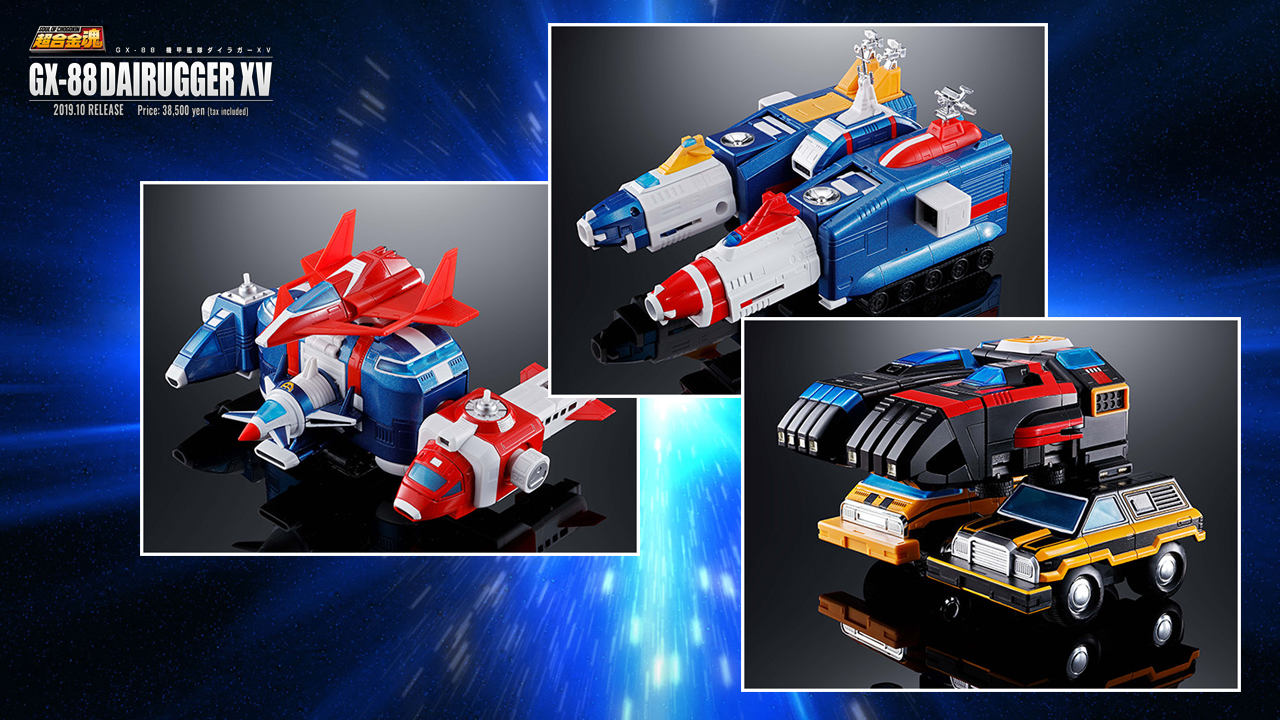 A signature trademark of Dairugger XV is that each of its 15 components are grouped into three with each having their own combinations. The Soul of Chogokin figure faithfully recreates feature as seen here with the Kururugger / Air Team Strato Fighter, Kairugger / Sea Team Aqua Fighter, and Rikurugger / Land Team Turbo-Terrain Fighter. The set also comes with all weapons Dairugger XV uses and a display base that can hold them. Like with Golion, you have the option of having the Dairugger XV or Voltron logo on the weapon display stand. 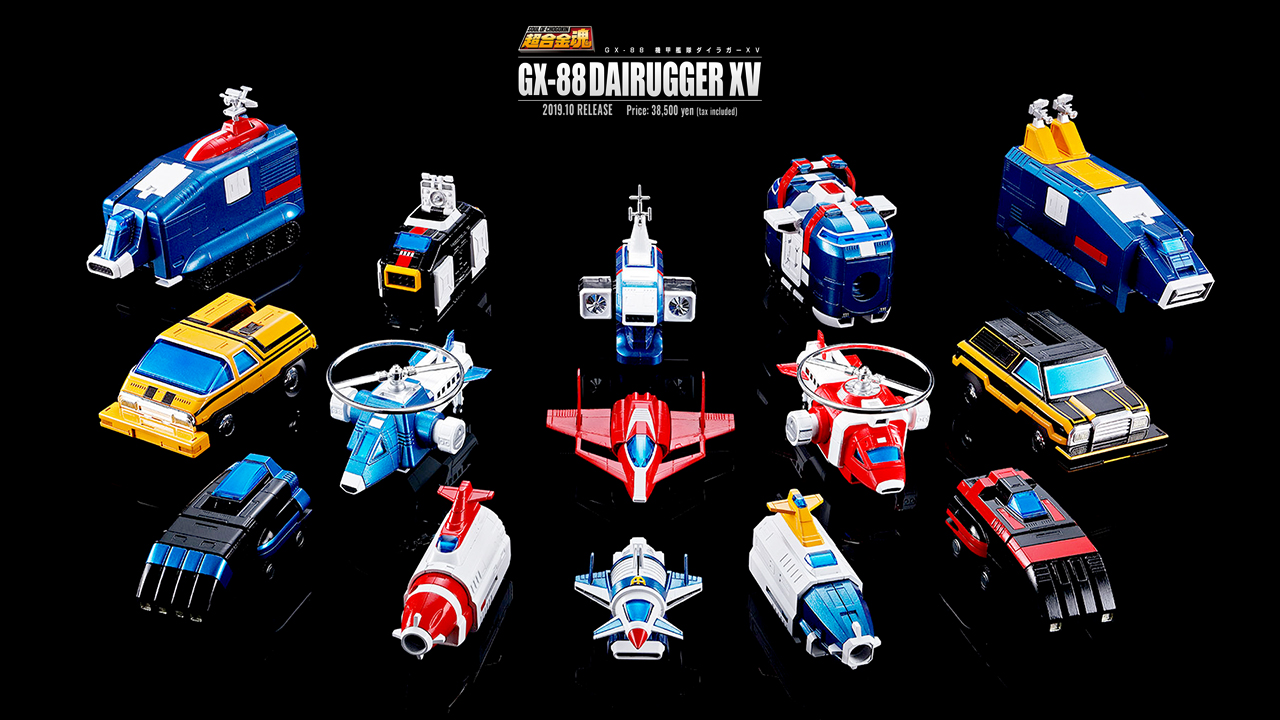 Personally, I’m not really keen on getting this set, though I really hope it would pave the way for the Bandai Candy guys to release it as a Super Minipla kit. I would definitely get that one.