We are still not done with my thoughts on the reveals during last weekend’s Shizuoka Hobby Show. This time, I’ll be looking at the stuff that Kotobukiya has on display, particularly their upcoming The BRAVE FIGHTER line of kits which has me really curious since it was first revealed… and are still being revealed. 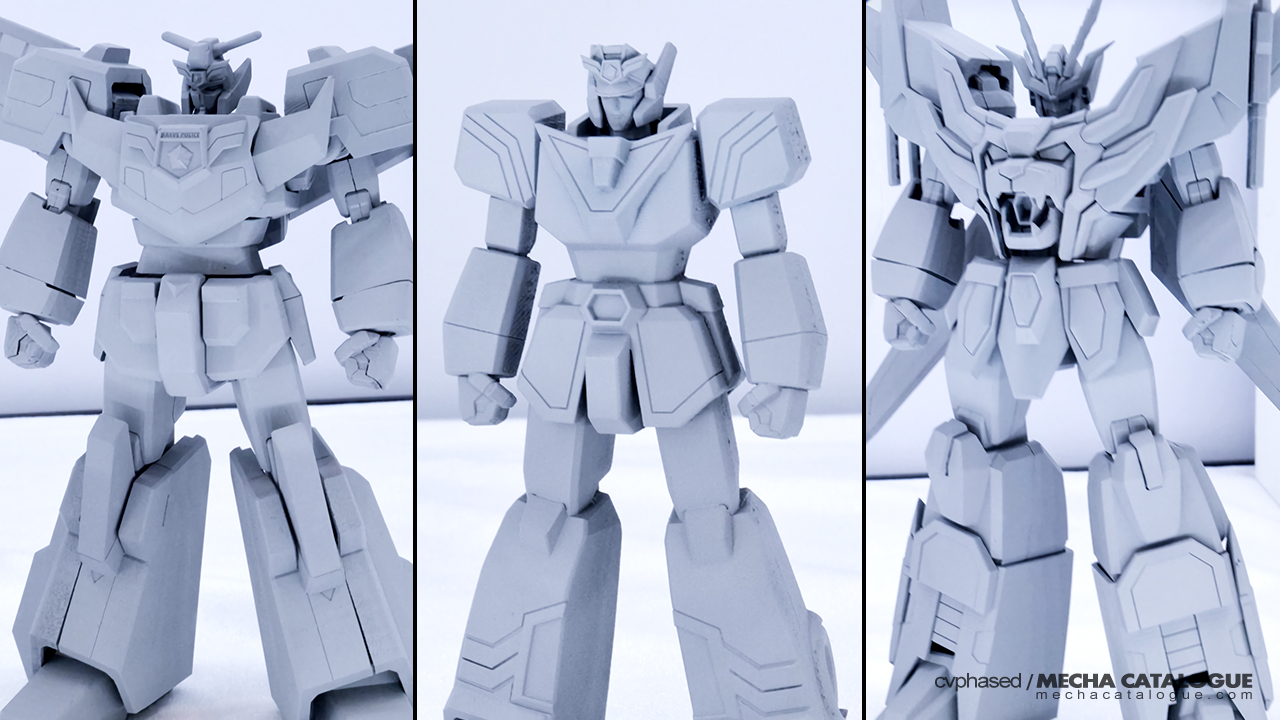 I’m not really sure if they had these prototypes out in the last hobby show, but Kotobukiya finally has prototypes of kits from The BRAVE FIGHTER line. On the show floor were gray prototypes of J-Decker, Deckard, and Great Exkaiser. As the Takara’s replacement for Transformers, most of these robots featured some form of transformation or combination. In response, here’s how Kotobukiya is going to handle such gimmicks. 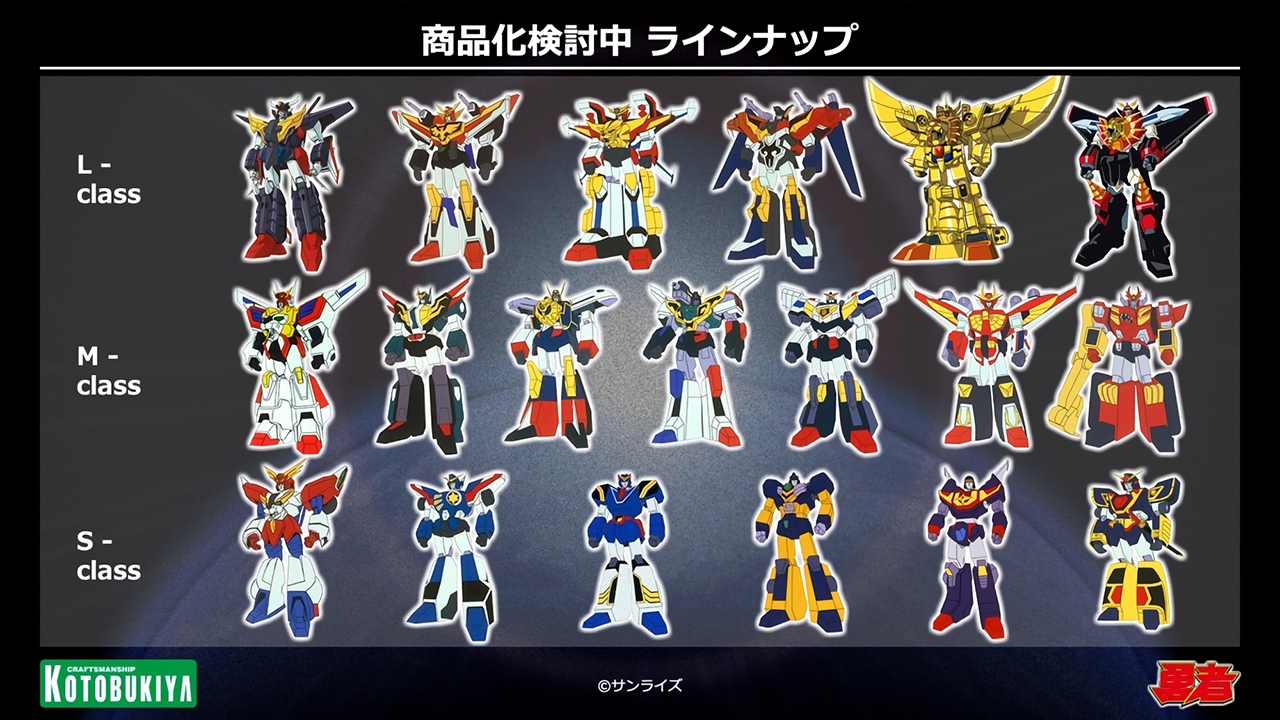 If I understood these correctly, these kits won’t have any transformation or combination features. Instead, the line will have three size classes as illustrated here. Those familiar with the franchise know that there’s usually a small core robot within the main combination, which would then combine with other auxiliary or support robots to form the final combination. Each combination will be categorized and released under the “S-“, “M-“, and “L-Classes” and with the assumption that none of them combine or transform into any alternate modes. Personally I’d like this better as this would mean stable kits.

Here’s a quick story why I’m really looking forward to these The BRAVE FIGHTER kits. Years back, Tamashii Nations started releasing Brave Series figures under the Super Robot Chogokin line. These included Might Gaine, J-Decker and most of the GaoGaiGar robots. Each figure was really amazing and I really hoped they would eventually release more, or at least the titular robots. But alas, possible lack of popularity prompted Tamashii Nations to stop covering them altogether, similar to what they did with the Super Sentai releases. Thus, I’m really hoping that Kotobukiya pushes through and finishes the line as intended.

Lastly, Kotobukiya has put up an online survey asking which three kits to release first. It’s mainly in Japanese but you can easily Google Translate your way to answer the questions. Click here to participate in the survey.