Before going into the Raijin-Oh stuff, here’s something I’ve been thinking for quite a while and now writing as this post. Good Smile Company has been releasing MODEROID kits for a year or so now and they have covered multiple titles and franchises, as well as some originals. That said, they also have releases that complement kits from other companies. Case in point, their 1/60 Full Metal Panic! Invisible Victory kits with Bandai Spirits’ HG 1/60 ones. Then Bandai Spirits released their HG 1/60 Go-Saurer kit recently. 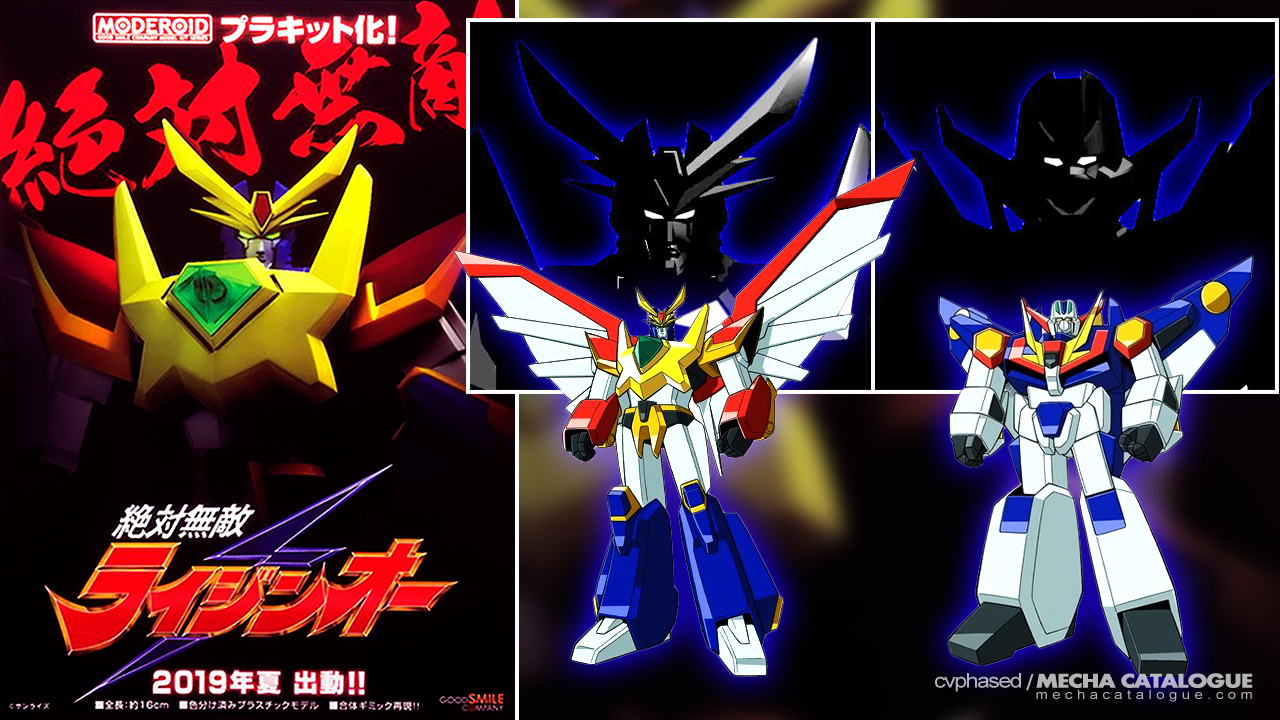 Not really sure if there would be a whole slew of Go-Saurer High Grades afterwards but Good Smile Company is now teasing their Raijin-Oh kit, the first in the Eldoran Series that Go-Saurer also belongs to. The tease includes this poster, slating the kit for a possible 2019 release, as well as two silhouettes from the GSC Mecha Mono Blog which are obviously Raijin-Oh and Bakuryu-Oh. To say that these kits would be complementing the HG Go-Saurer kit would mean that they should be in scale like 1/300 more or less. Or whether they would transform and combine or be similar to Kotobukiya’s THE BRAVE FIGHTER line which I think would be non-transforming.

Anyway, these are still speculations, but those who wanted a complete set of Eldoran Series kits might just have a chance.