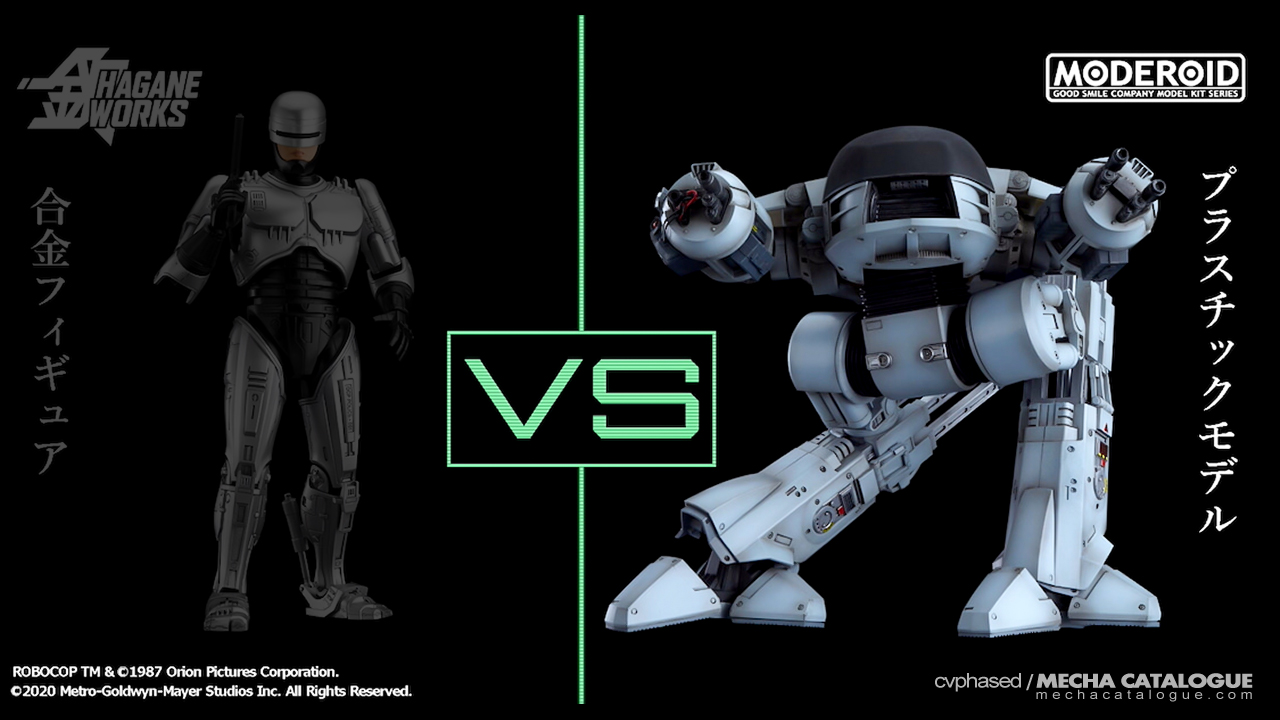 Unlike RoboCop, I only got to know ED-209 much, much later, like only during the last 10 years. Its clunky yet very industrial design really piqued my interests. That said, outside of the 7-inch scaled NECA figure or Hiya Toys’ 1/18 scale offering, I’ve yet to see an ED-209 figure that would best fit my 1/12 scale figure collection. Until now, and it’s not really a figure. 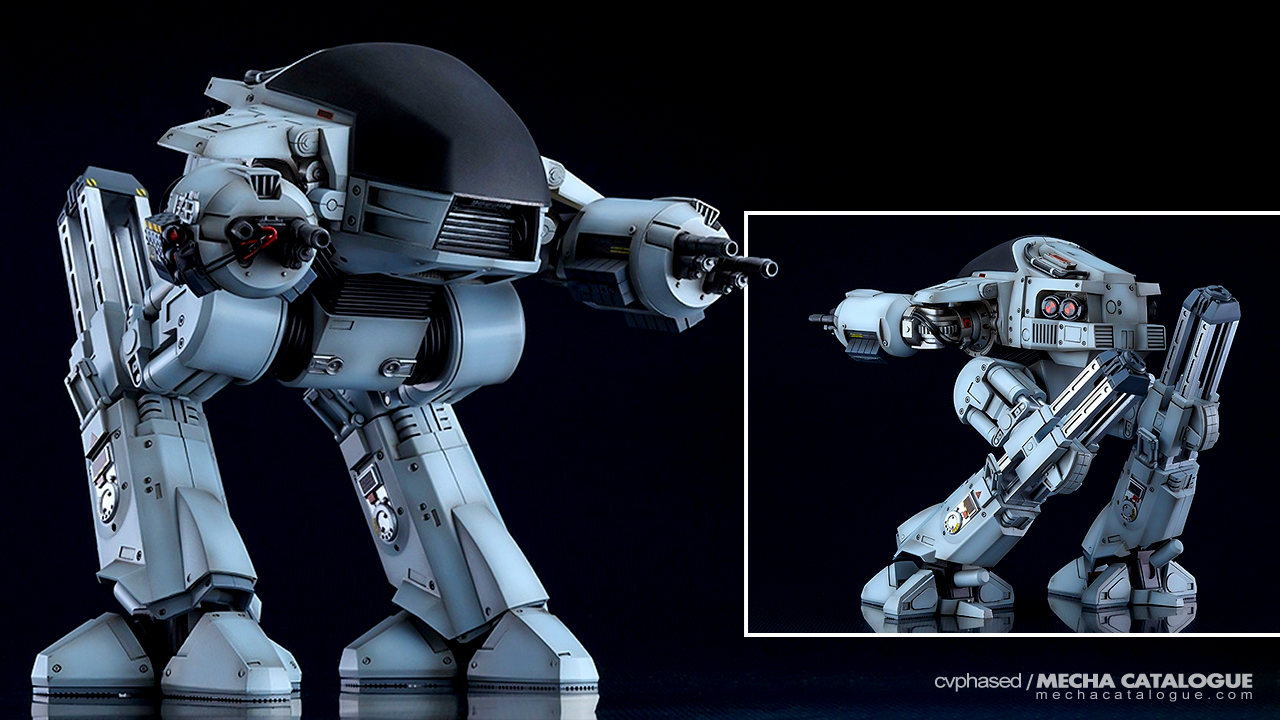 Because the second part in this Good Smile Company ✕ RoboCop crossover is MODEROID ED-209, yes, we are getting a model kit of this machine, made to be in scale with the consequently announced Hagane Works RoboCop. Standing at 20 cm, this model kit is very articulated thanks to its multiple joint assemblies, leg pistons, and side rails. 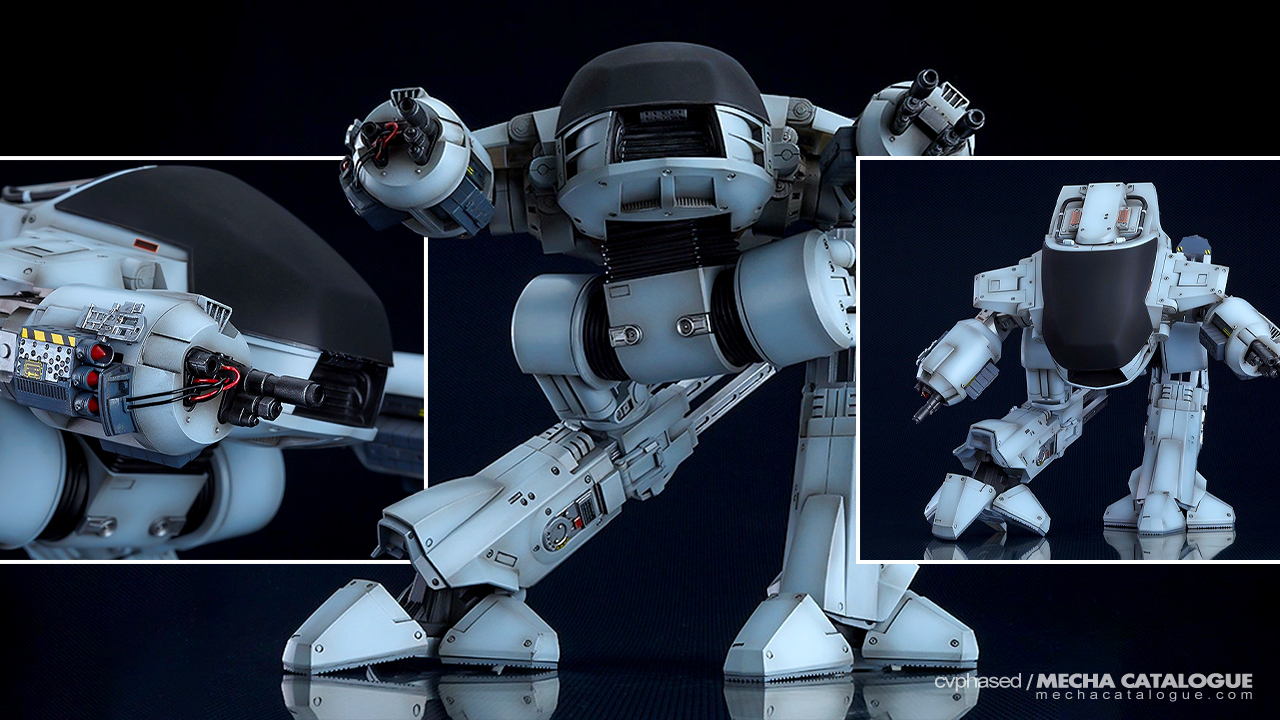 Outside of articulation, this kit is also filled with lots of surface detail, further reinforcing that industrial look. It also uses multiple types of materials to look as realistic as possible. Besides the PS and ABS plastic for the main parts, the joints are constructed with POM and PE plastic. Speaking of joints, these will be pre-assembled for easier posing (I’m thinking similarities to the Advanced MS Joints for Real Grades?). All these parts are distributed into light gray, silver, medium gray, and dark gray runners. In addition, wires are used to recreate the cabling on the arms. Lastly, water slide decals are included for the finishing touches. 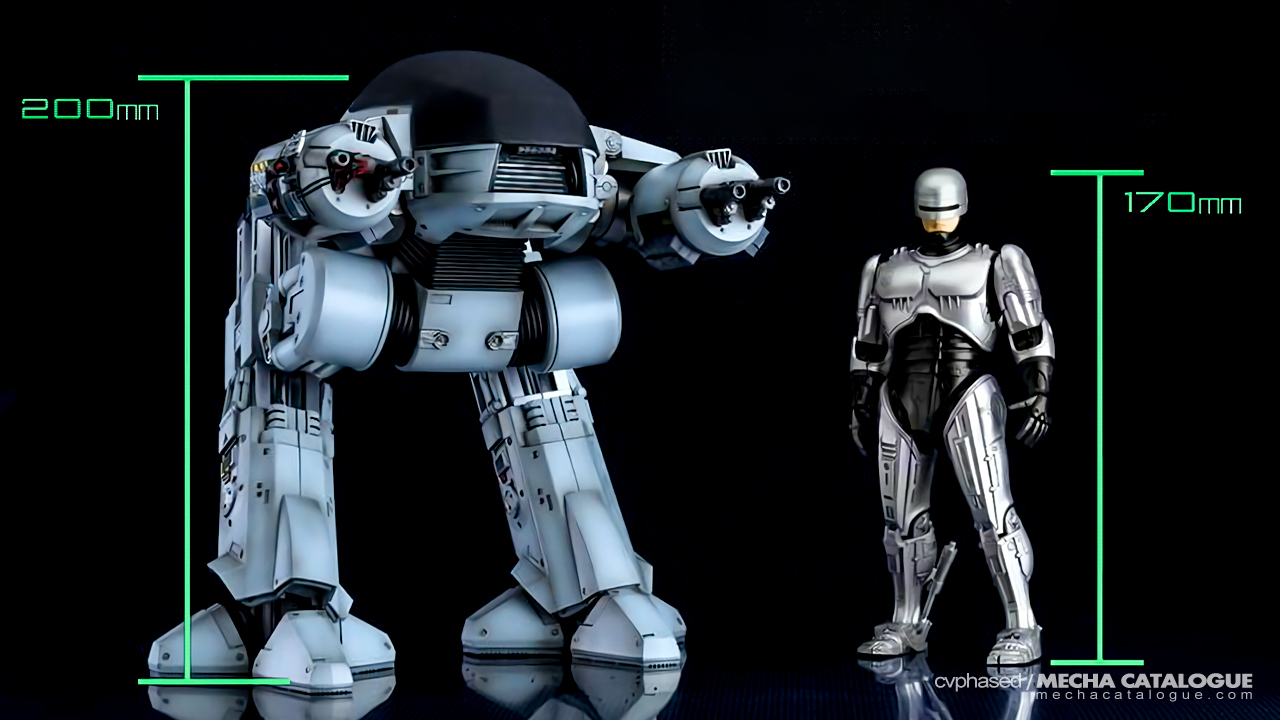 Here’s a good scale reference between MODEROID ED-209 and Hagane Works RoboCop. And while I’m still on the fence on the latter and inclined to get the MAFEX version, it should still look good given how similar their sizes are. But let’s see.