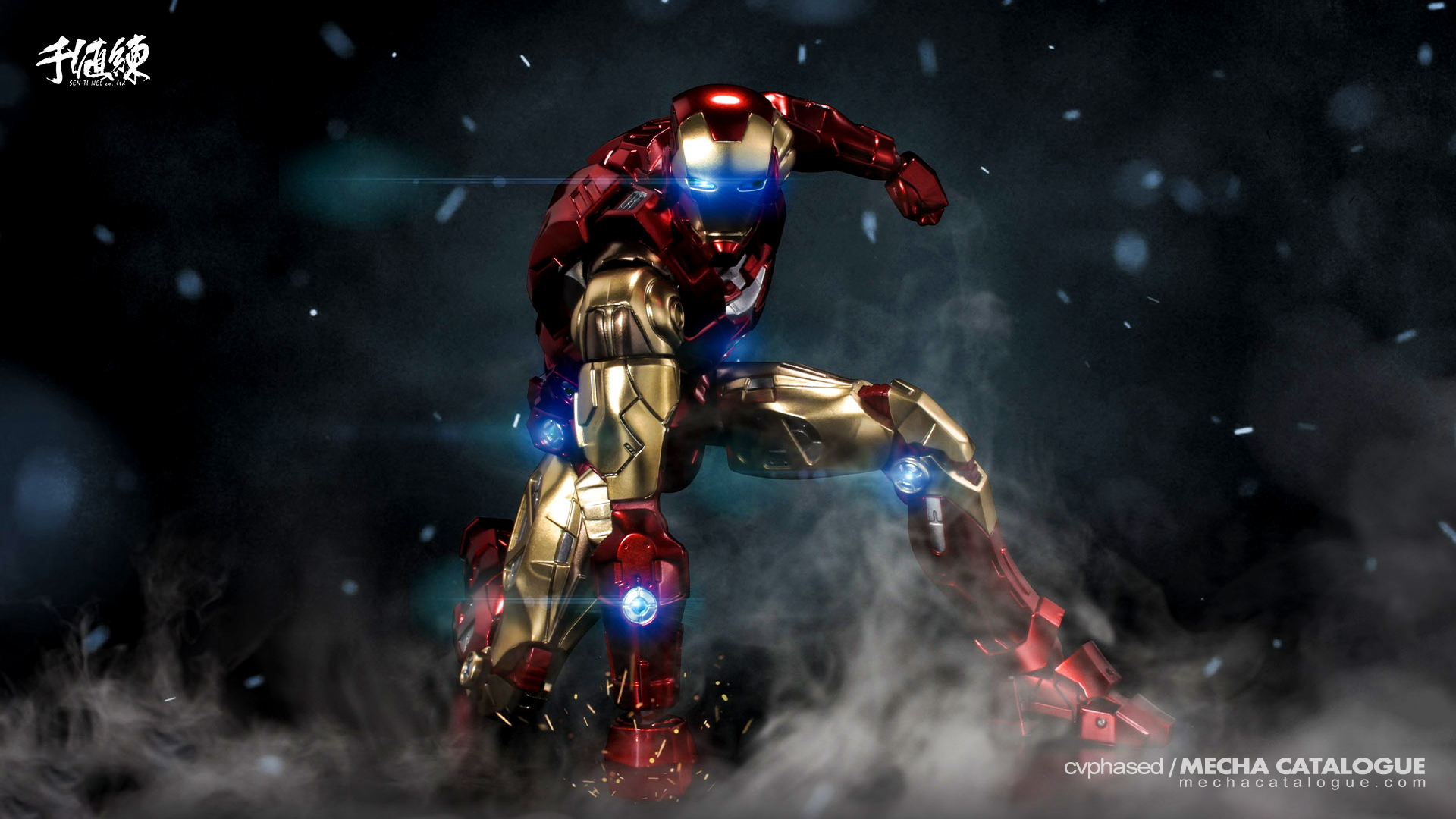 Sen-Ti-Nel has recently shifted its RE:EDIT line out of Iron Man designs with the recent release of the RE:EDIT Mjolnir Mark 5 Powered Assault Armor. But they’re still not done with Iron Man with the introduction of the new Fighting Armor figures. The concept is basically what if Tony Stark made armors for the powers of the other Avengers, leading me to believe that various characters in Iron Man-esque armors are in the pipeline. But before we get ahead of ourselves, the first figure in the series is of course the Fighting Armor Iron Man. 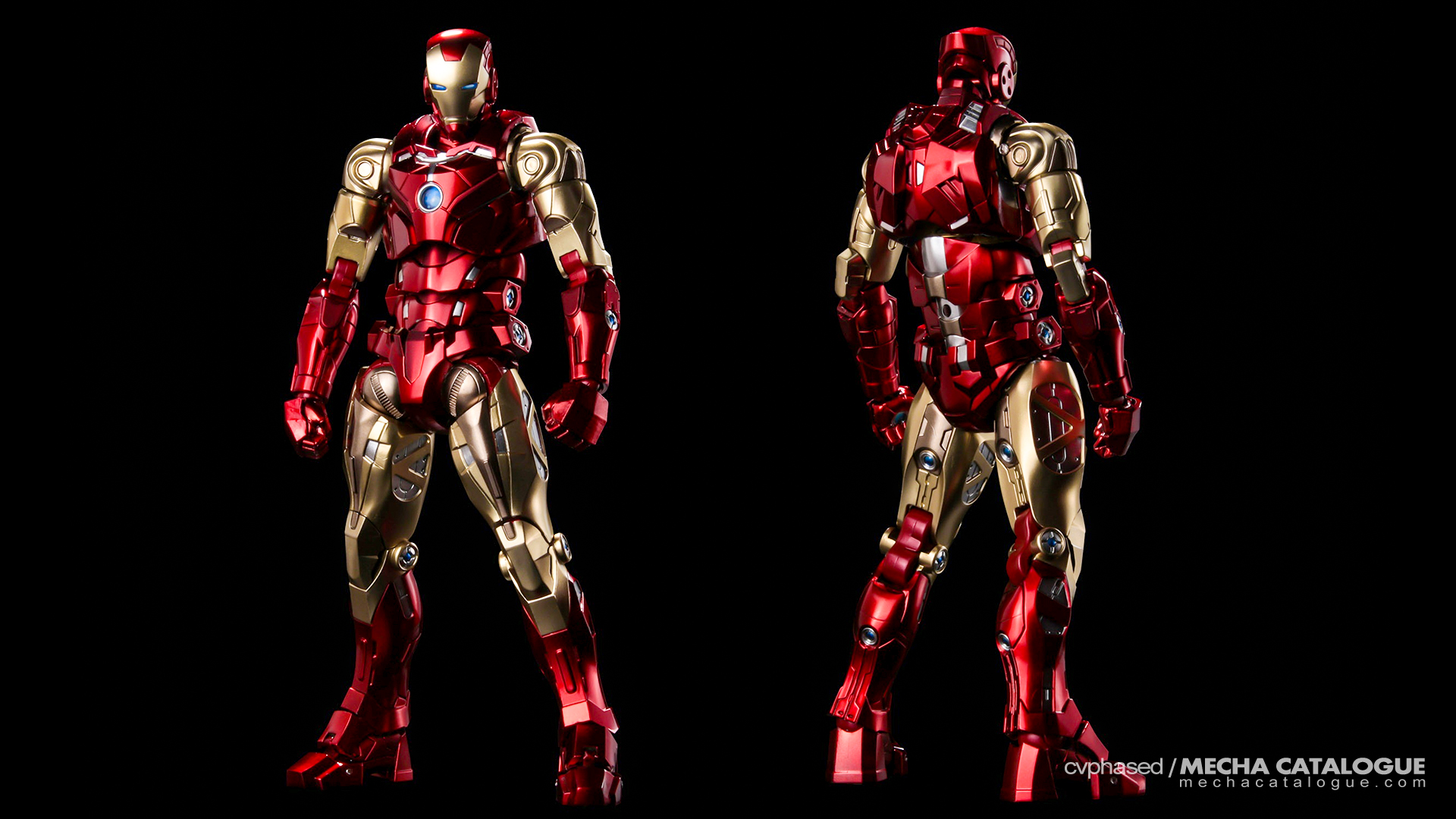 The design might initially appear to be similar to the Bleeding Edge Armor thanks to the multiple blue orbs all over the suit. Looking at it closely though reveals that it’s more of a derivative of the classic Iron Man design with a modern twist. This is thanks to the collaboration with Studio Reckless’ Hiroyuki Komatsubara. Yes, the Studio Reckless that produces perfect transformation mecha figures that often cost a leg to buy. In any case, the main design principle is basically a suit with an actual human body inside. This means the proportions and movement will reflect that a person is really inside the armor. 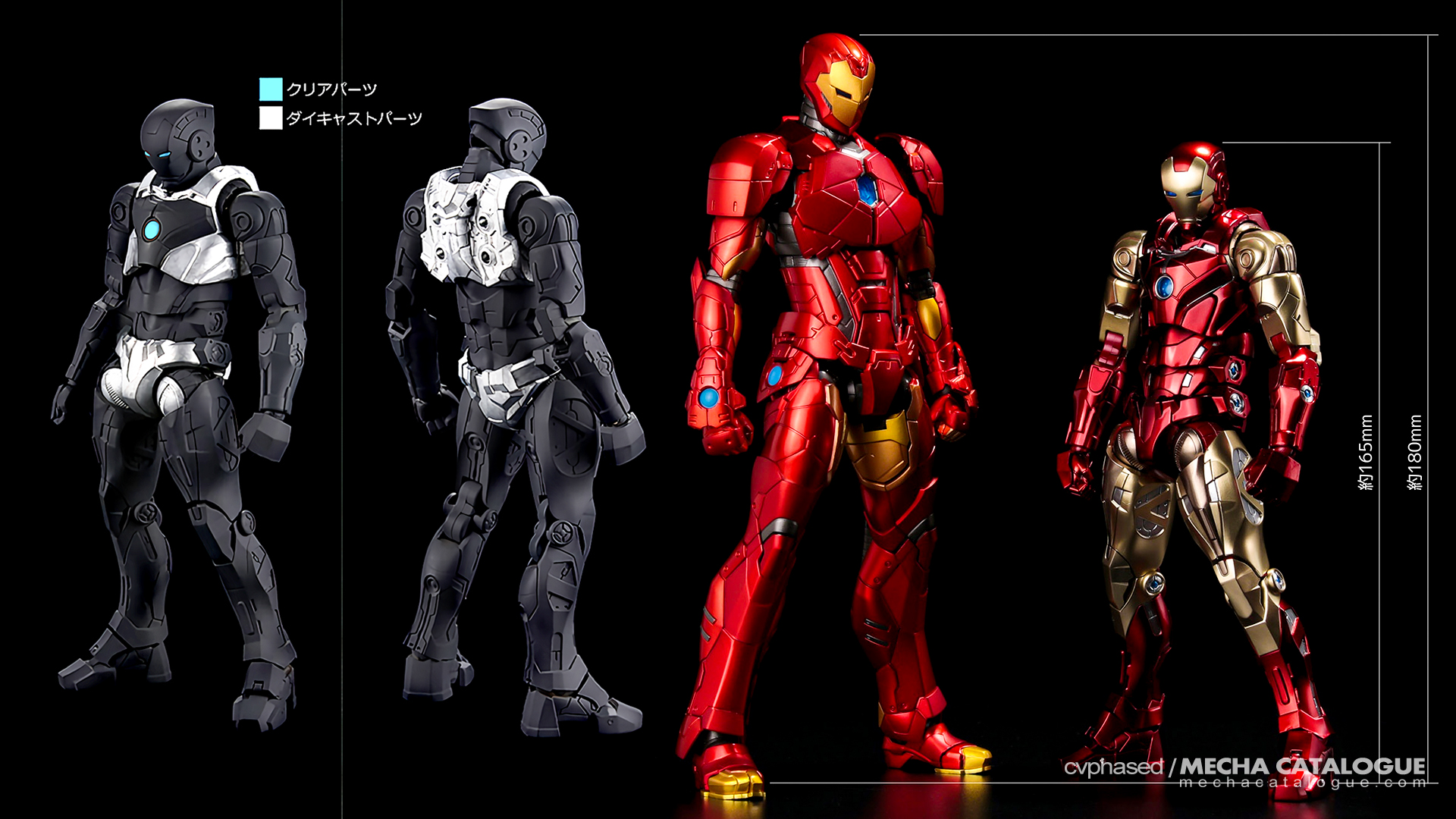 The image above answers two questions most collectors would ask, first being the scale. Unlike the RE:EDIT figures which are solicited as 7-inch scale figures, the Fighting Armor Iron Man clocks in at 165 mm or around 6.5-inches, which is perfect for 1/12 scale collectors… like me! The other question collectors would ask is whether these would have die cast content. Well, Sen-Ti-Nel also answered that through the above image as well. Parts of the upper torso and the hip assembly would be made of die cast while the rest are ABS plastic. The arc reactor and head optics would be made with clear parts as well, though there’s no mention of an LED light up feature. 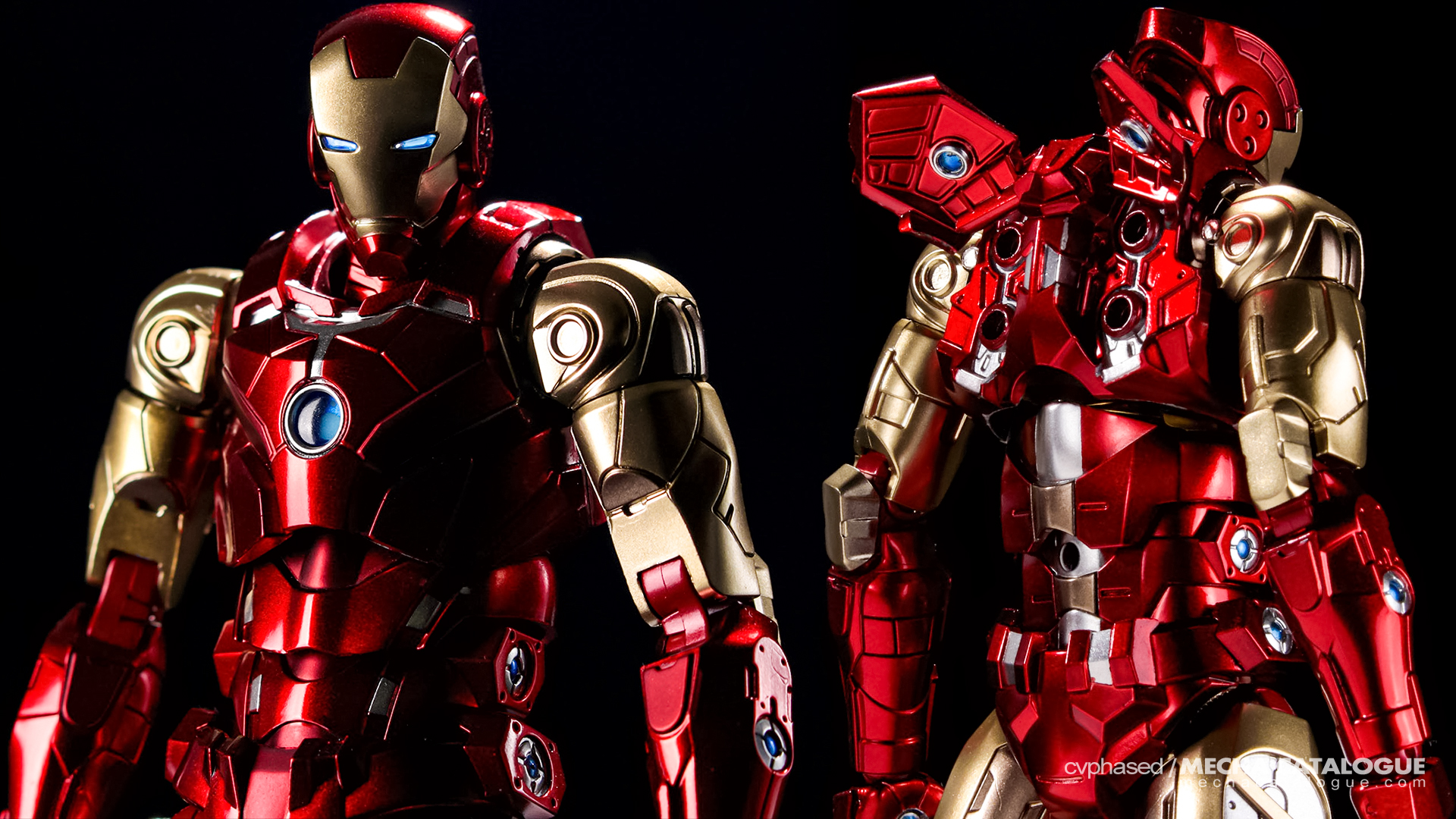 Regardless, this Iron Man figure is chock-full of molded and sculpted details. Just look at those close ups above. Speaking of details, at the back of the figure are air flaps that can open to reveal smaller arc reactor units, as well as pairs of 3 mm holes for possible accessories or effect parts. 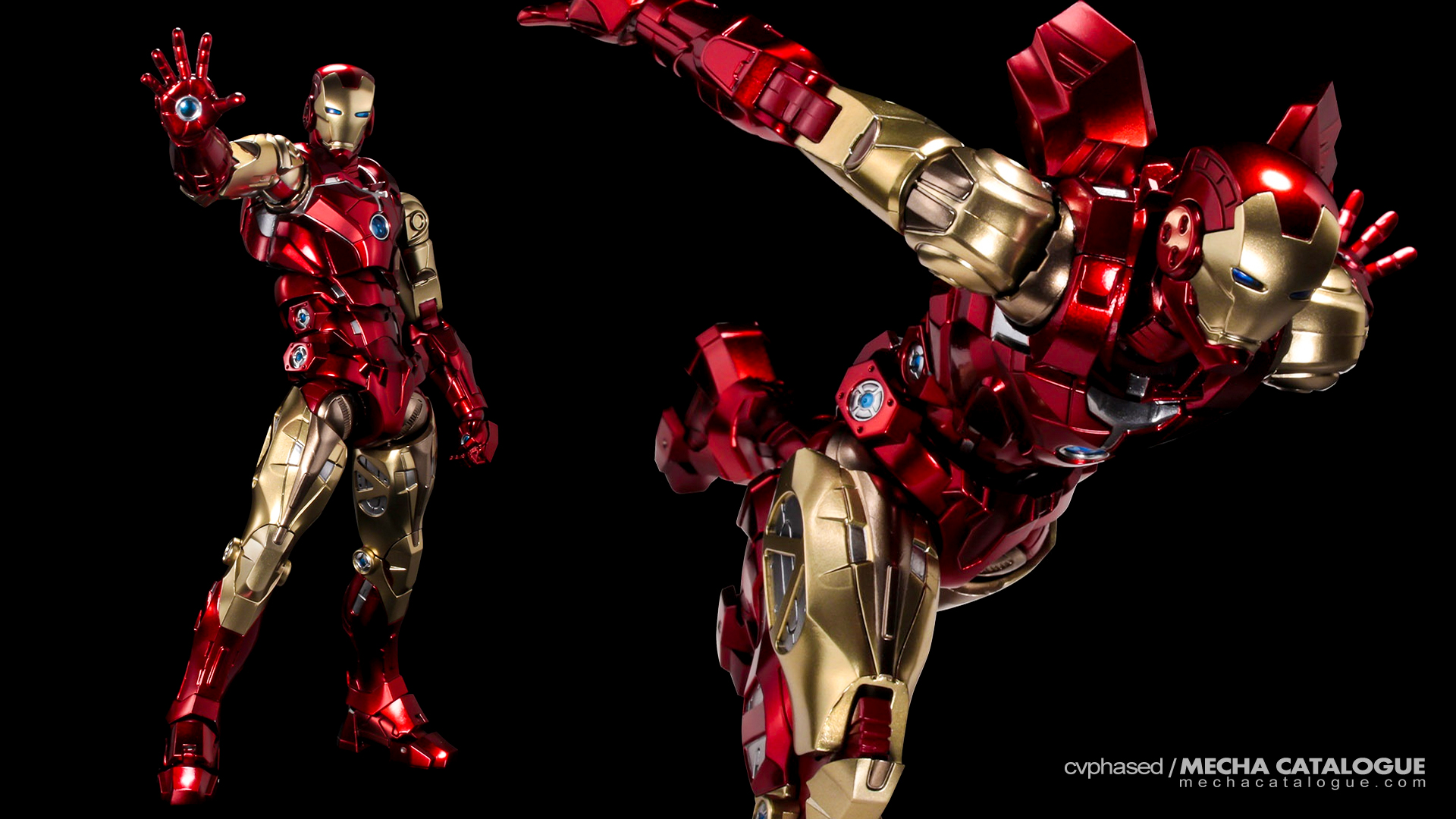 Lastly, it won’t be an Iron Man figure if it can’t do dynamic and flying poses, and this guy can do both effortlessly. The set would also include a display stand with movable arm for even more posing options.

Between this and Square Enix’s Marvel Universe Variant Bring Arts Iron Man, we are definitely getting more stylized versions of the classic Iron Man in figure form and not based on any Marvel Cinematic Universe design. I’ve yet to get the Amazing Yamaguchi version but I think these three would look great standing side by side. Not sure if I’ll be getting the other Marvel characters that would get the same armored treatment, but this one is a definite must buy.