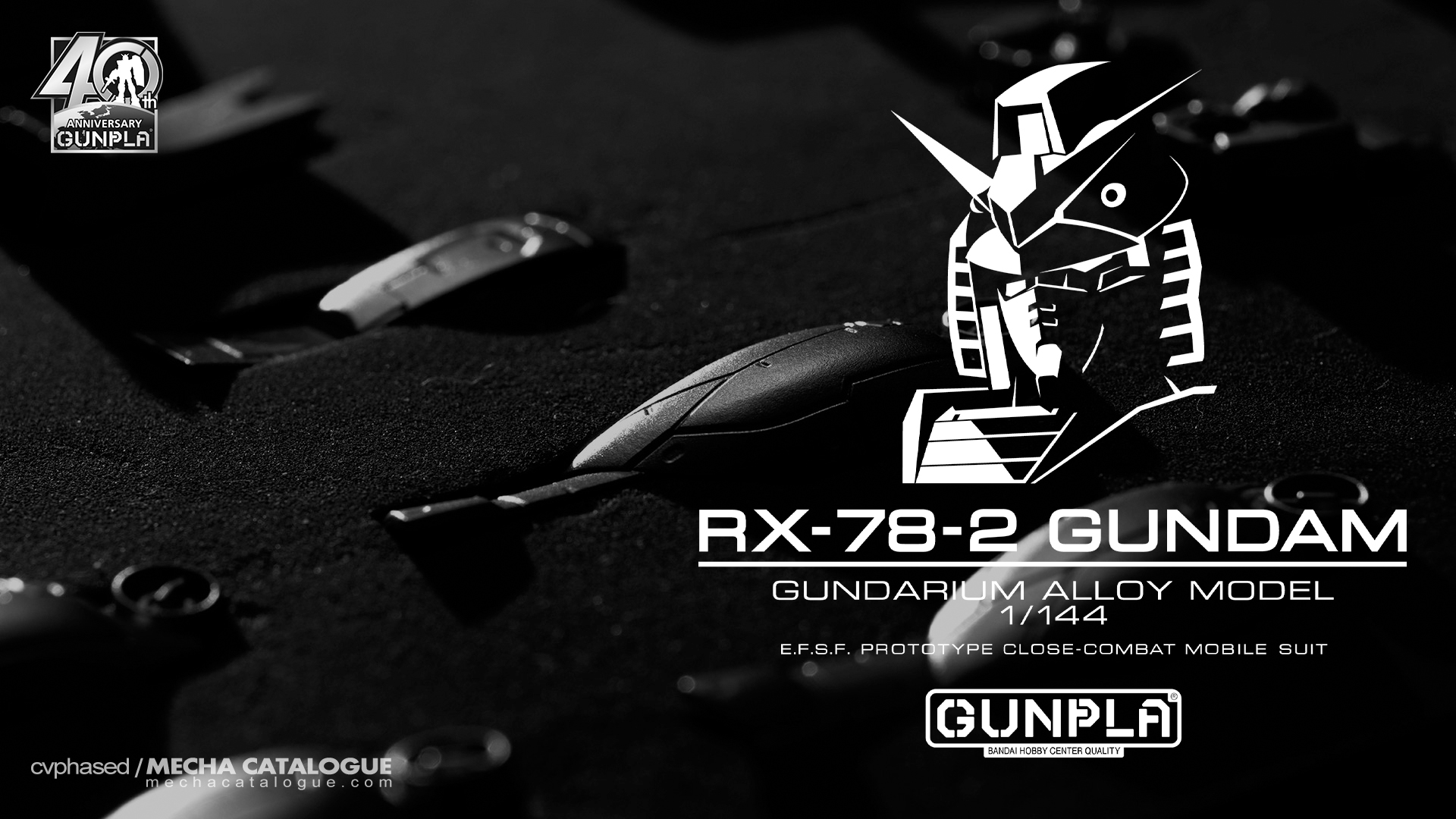 Announced as part of the Gunpla Link Project in celebration of the Gunpla 40th Anniversary, Bandai Spirits has finally revealed details of their upcoming Gundarium Alloy Model RX-78-2 Gundam. And that includes the price, but more on that later. 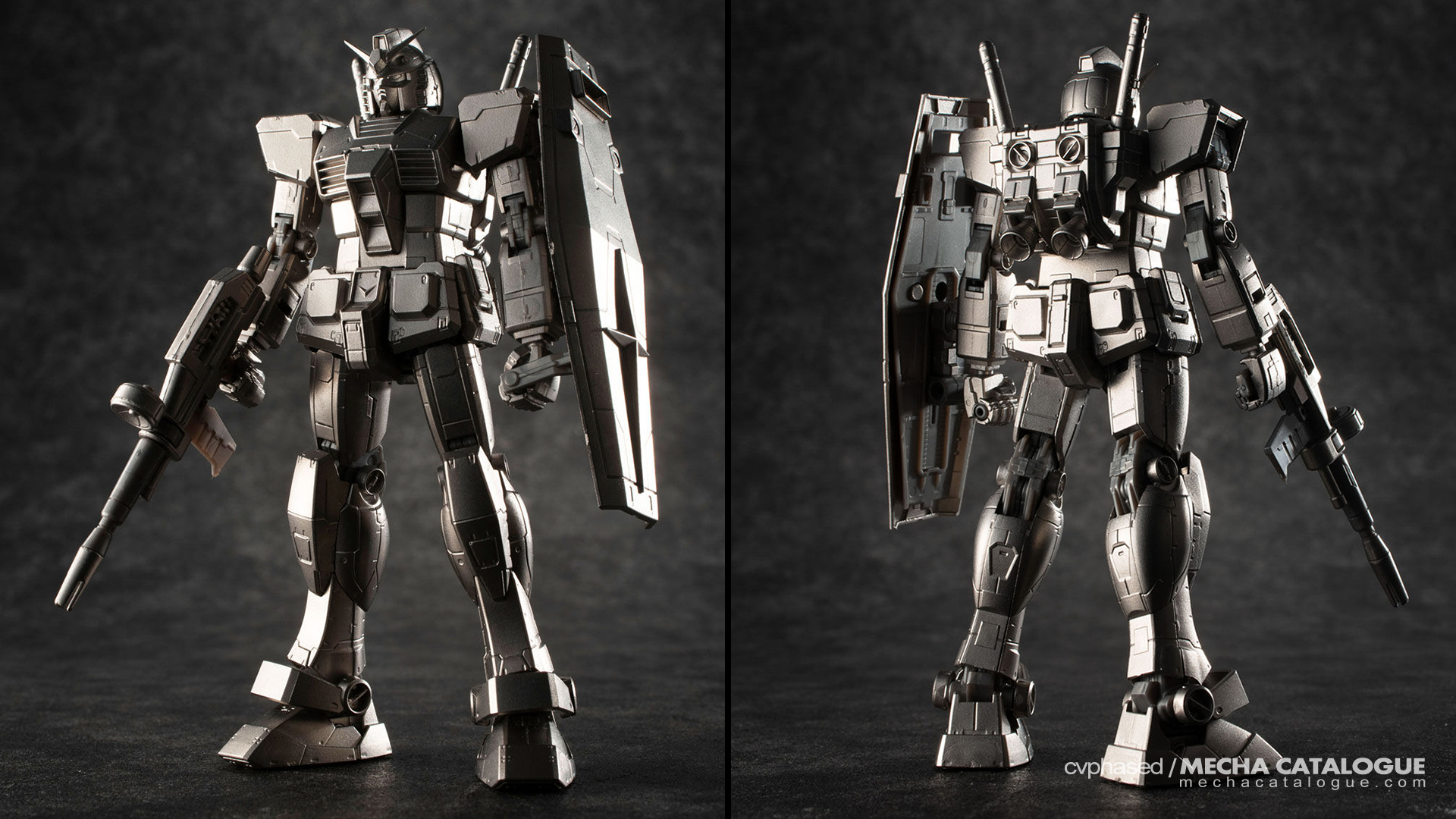 Presenting, the Gundarium Alloy Model RX-78-2 Gundam in all of its glory. The design is your standard grandaddy Gundam and takes more from the design of the 1/1 scale statue last seen in Odaiba. It’s also unpainted but comes in this silver gunmetal color that really emphasizes the Gundarium feel of this kit. So, what exactly is Gundarium? 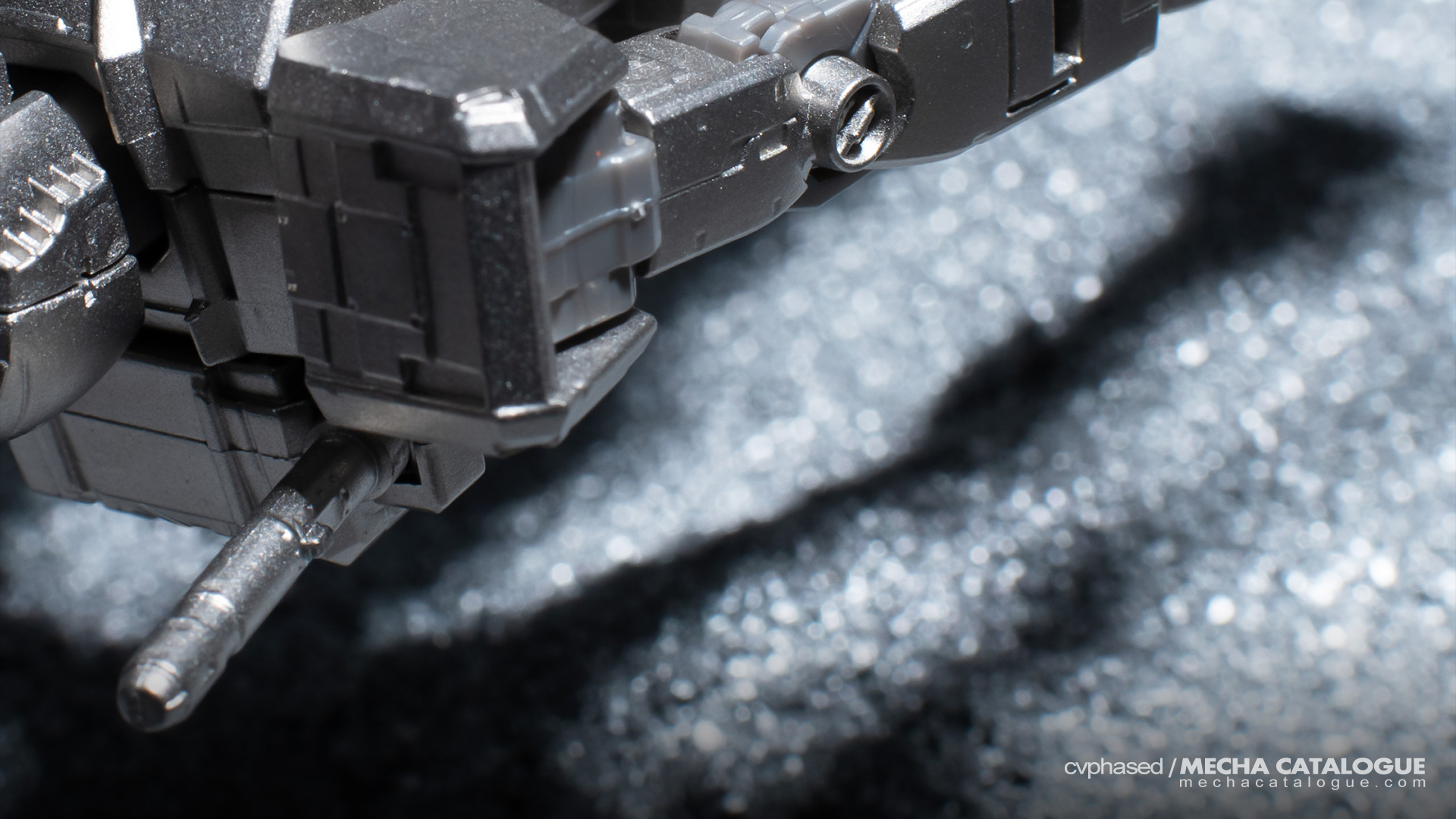 Gundarium Alloy, or Luna-Titanium Alloy, is the fictional material that’s used to build the RX-78-2 Gundam. It’s made from the pure titanium mined from the Moon and refined under low gravity. This process allows it to be tougher and lighter than any material found on Earth. But we all know that’s not how this model is going to be manufactured.

In lieu of the whole refinement process under low gravity, the team over at Bandai Spirits created an alloy made from Titanium, Aluminum, and Yttrium — a rare earth metal. Given that this is totally different from any other Gunpla so far, special techniques were used in the molding process as the tolerances aren’t like those of polystyrene. Besides the Gundarium Alloy armor pieces, the internal frame is made from ABS plastic, which should the kit stable. Added up, these makes the kit a lot expensive, like ¥220,000 expensive. 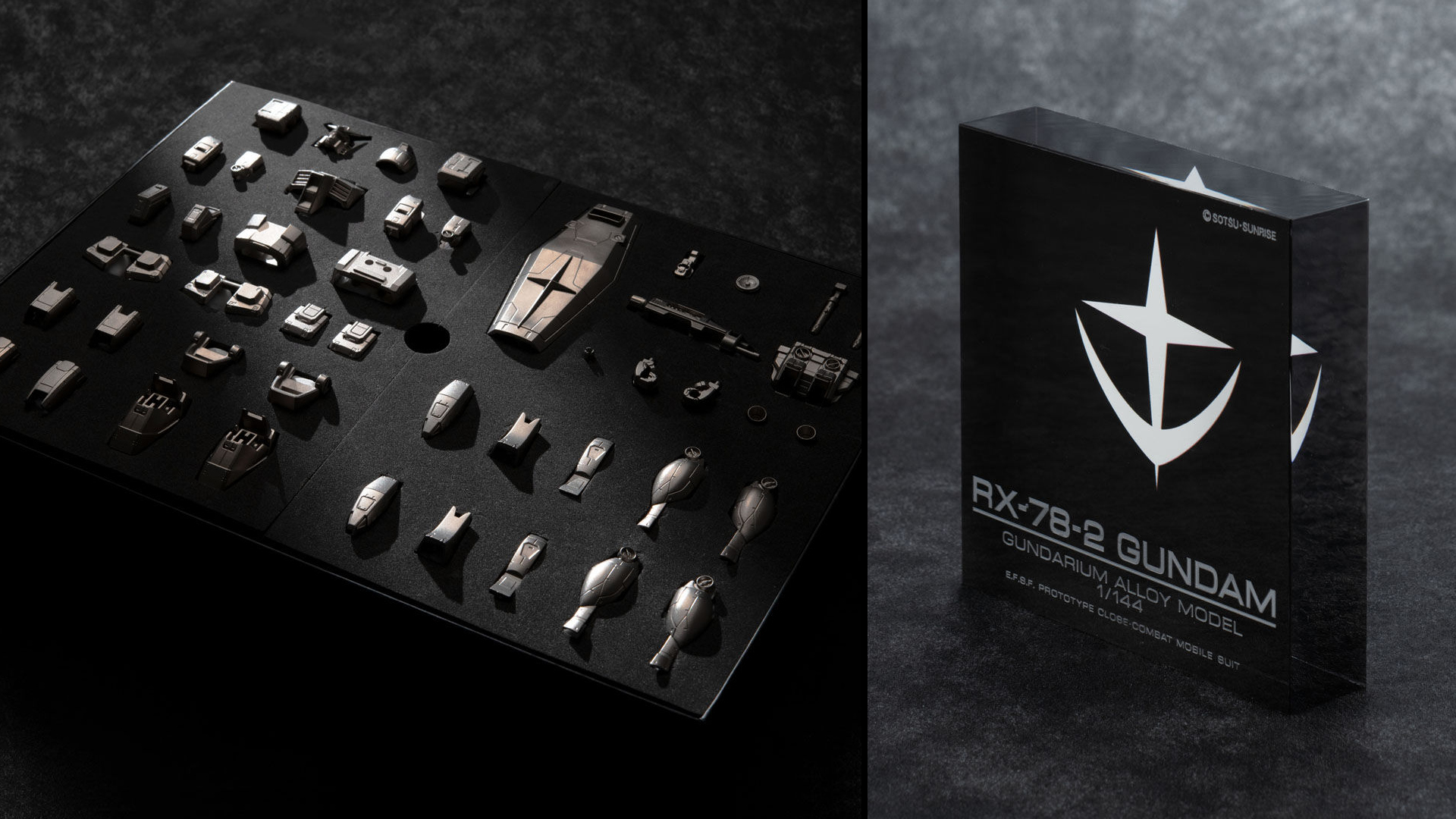 So what do you get in the package with that price tag? First, the Gundarium Alloy armor pieces come pre-cut and laid out in foam packaging. The ABS pieces would still be in runners. You’ll also get a very premium-looking acrylic display base with the name of the model. 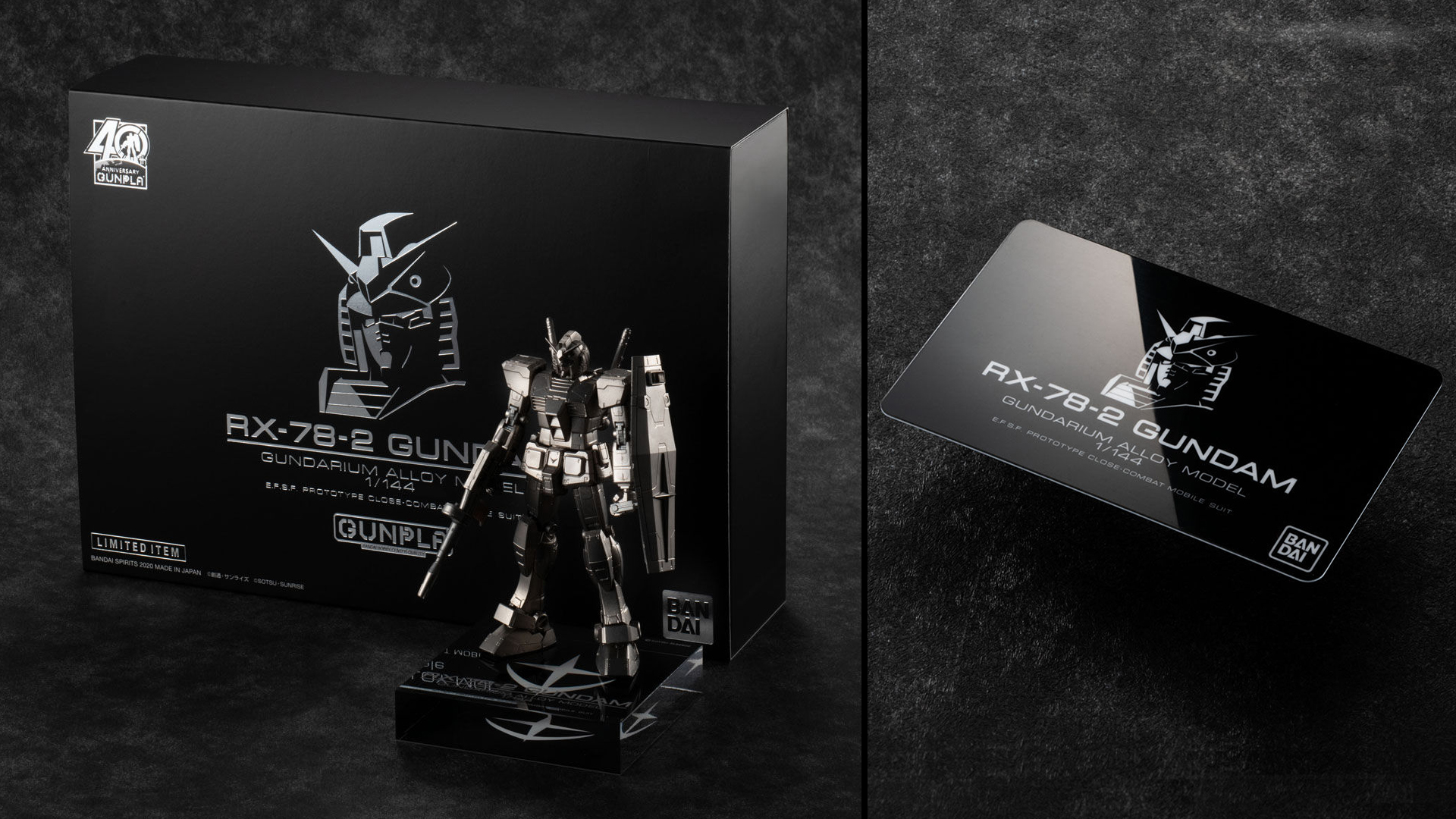 In addition, you’ll also get a guarantee card as proof of authenticity that you’re getting a premium limited kit. That said, they didn’t mention and specific number as far as the production run goes. Finally, everything is going to come in a sleek black package, as expected from such an expensive kit.

So the question is, am I buying this thing? It costs roughly $2,000 and I have can purchase a lot more important stuff with that amount. But I do want to get a copy of this kit so let’s see.