I recently took out my Chogokin Tamashii Mix Rockman X GIGA ARMOR X set for a quick photo shoot after being inspired by Sen-Ti-Nel’s RIOBOT Rockman X Falcon Armor [Ver. Eiichi Shimizu] announcement. It also made me think once more of my particular aesthetic choice for the character. 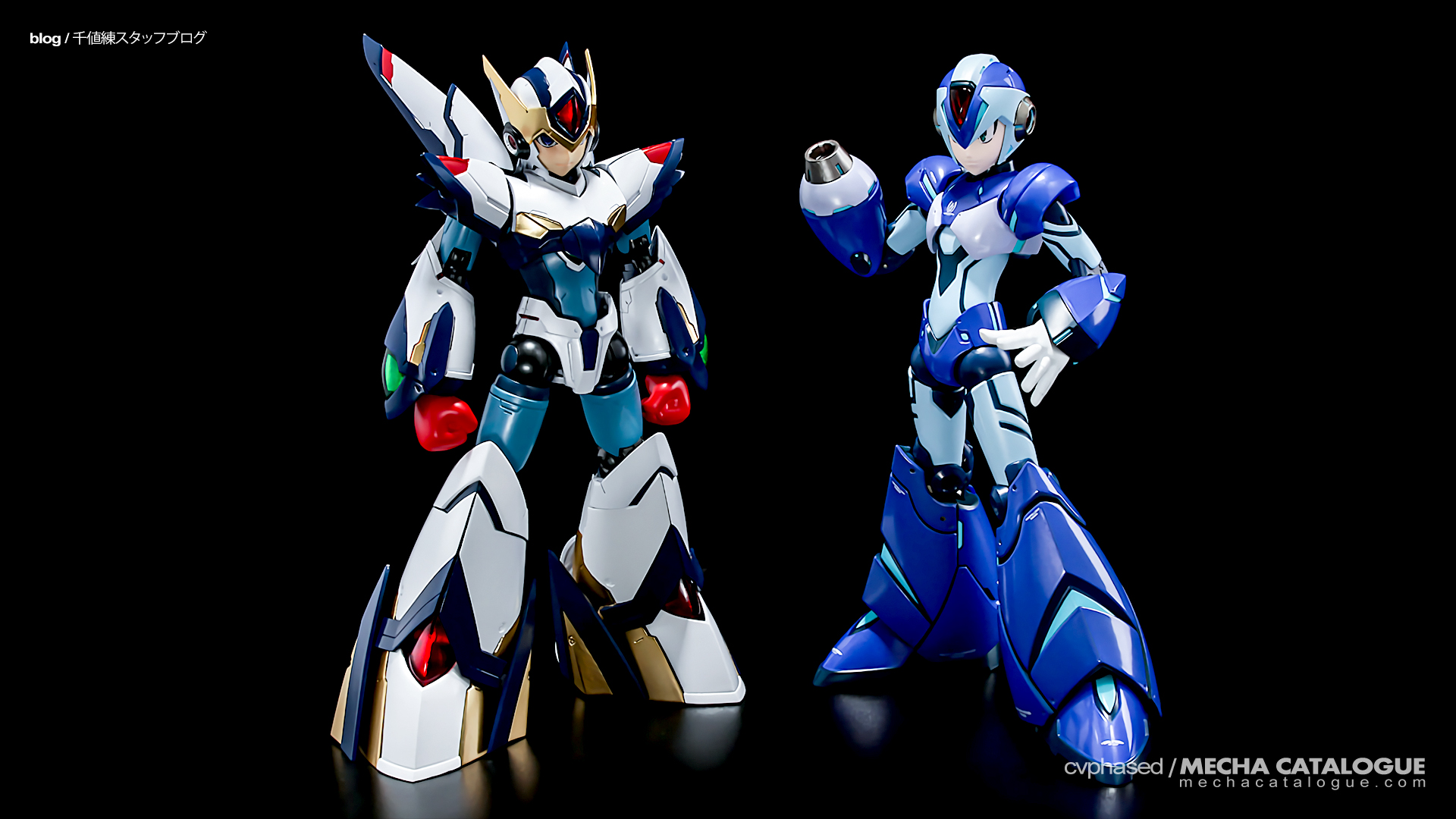 It started when Truforce Collectibles, in partnership with Sen-Ti-Nel, released their Designer Series Rockman X based on a design by artist Keisuke Mizuno. It had more sharp angles and mechanical nuances compared to conventional Rockman X designs and I really liked it. Unfortunately I wasn’t able to get that figure, planning to hunt sometime in the future, but it eventually led me to getting the Chogokin Tamashii Mix version which also has the same mechanical aesthetic.

Fast forward a couple of years and I’m once again pulled the trigger and pre-ordered the RIOBOT version, which also has that mechanical aesthetic thanks to ULTRAMAN author Eiichi Shimizu. This is also why I can’t convince myself to get the recent Kotobukiya Rockman X kits. While they stick to the original designs, I found them to be a little too organic and “cartoony” for my tastes. Same is true with Sen-Ti-Nel’s own 4inch-Nel Rockman figures, besides being too small.