Along with the Mobile Suit Gundam G40 special movie, Sunrise also dropped the first trailer for Mobile Suit GUNDAM Hathaway, the trilogy of movies adapting Yoshiyuki Tomino’s Mobile Suit Gundam: Hathaway’s Flash novels. And yes, they dropped "Flash" from the title — at least the English one.

The film series is billed as the proper sequel to Char’s Counterattack and was initially considered as impossible to adapt. Shuko Murase, no stranger to the Gundam franchise and has been previously involved as character designer and key animator, will take the helm as director. He’s joined by Yasusuki Muto, who also worked for series composition of Gundam Build Divers Re:RISE — a series much appreciated by fans nowadaya, is doing screenplay for the film series. Not much has been revealed story-wise though the teaser shows great animation (e.g. Penelope), easily besting those of Gundam NT. 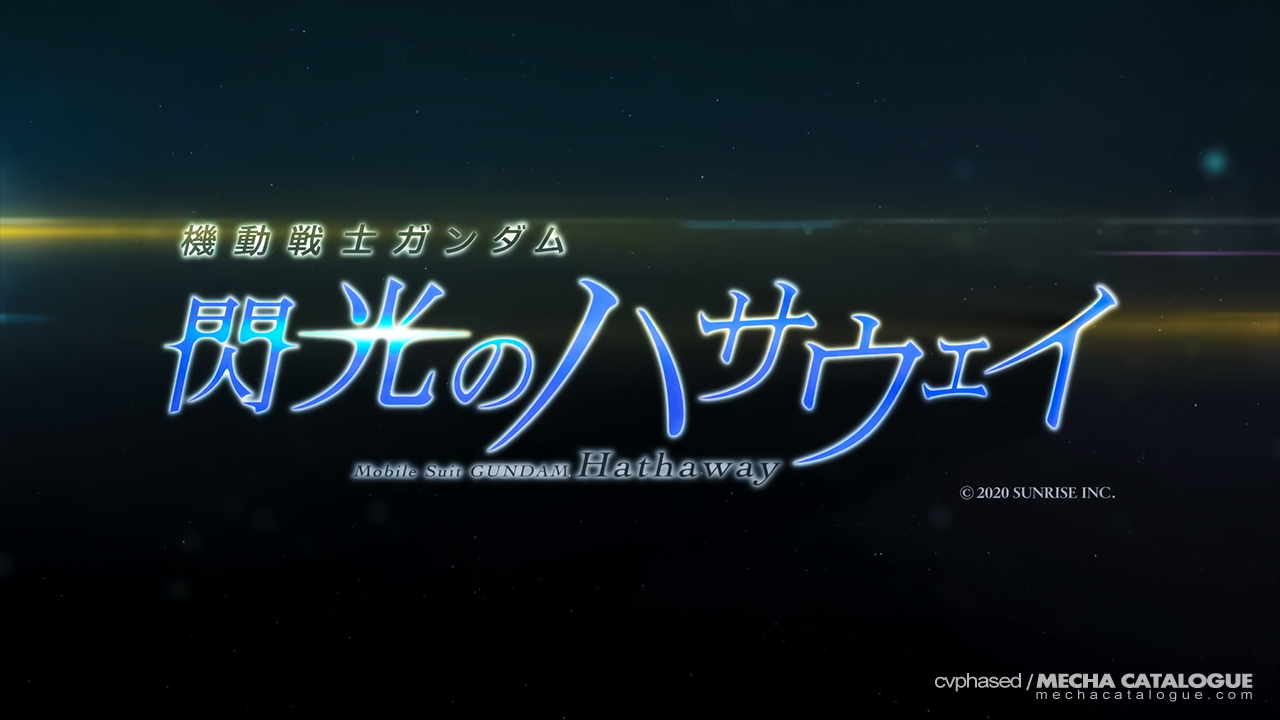 We also got its release date, bumping its initial winter 2020 premiere to July 23, right in the middle of summer.