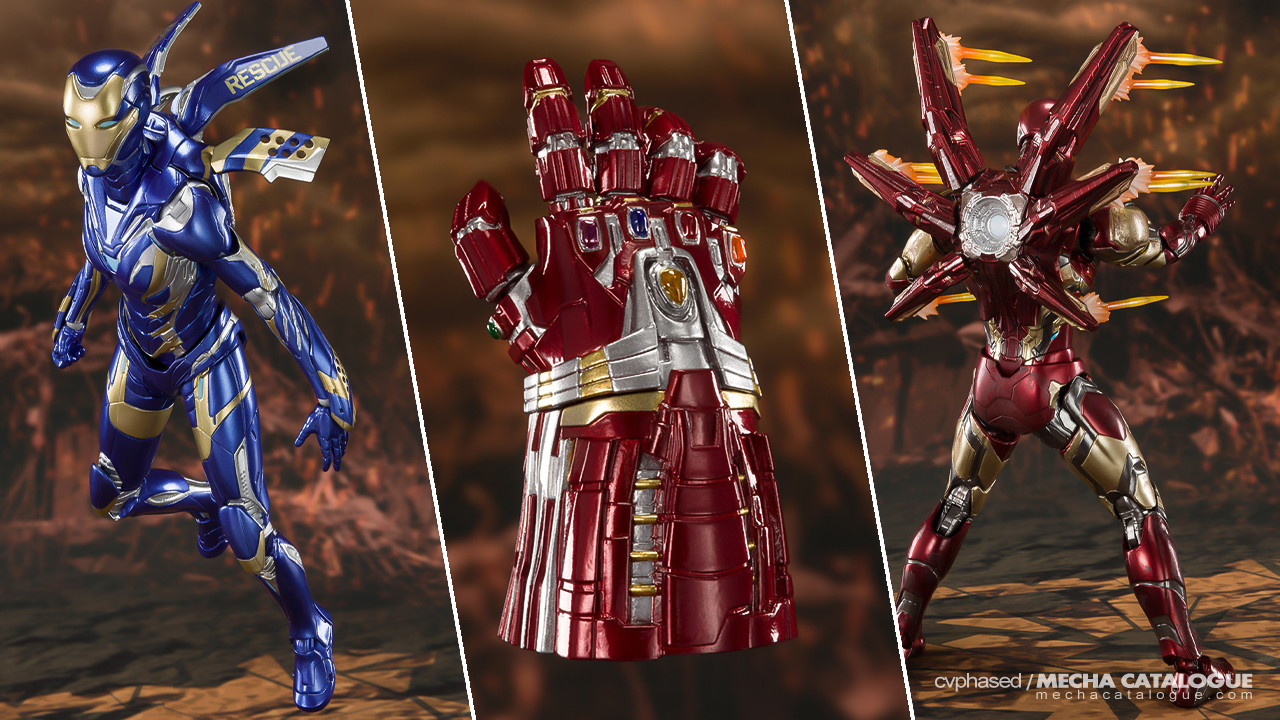 Tamashii Nations has been slow yet steady with their S.H.Figuarts Avengers: Endgame releases. But with Tokyo Comic Con happening this weekend, they went full speed and made some new announcements. Granted, most of these are reissues of the same figures with tweaks and more accessories but all are a good addition to any MCU S.H.Figuarts collection. 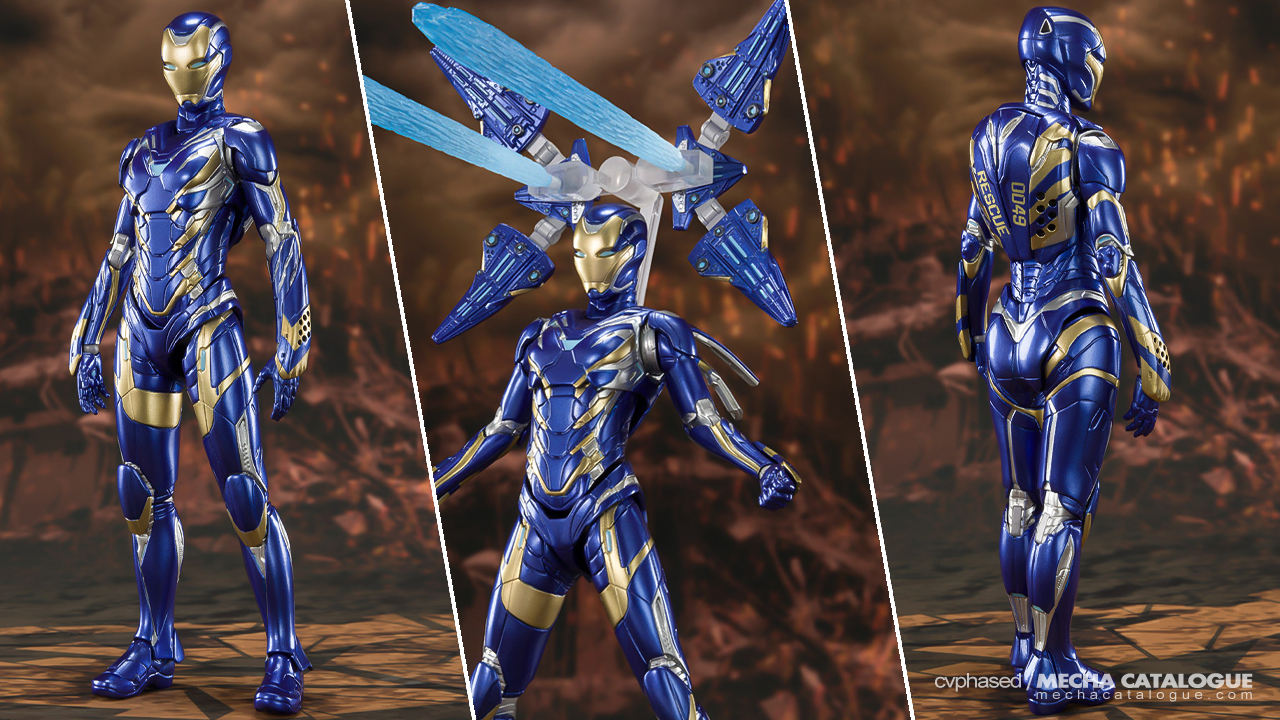 Samples of this figure were already on display during previous hobby shows though it had the dreaded ‘display only’ tag. Fortunately, Tamashii Nations decided to sell the S.H.Figuarts Iron Man Mark 49 “Rescue” as a standard retail release. Compared to the Marvel Legends version, this one has the excellent paint job, articulation, and accessories expected from an S.H.Figuarts figure. Notables include opening rear flight flaps, the floating drones capable of firing Repulsor blasts, multiple effect parts, and a replacement Pepper Potts head. Good thing I haven’t done a photo shoot of the Marvel Legends figure as this one definitely deserves all the good shots. 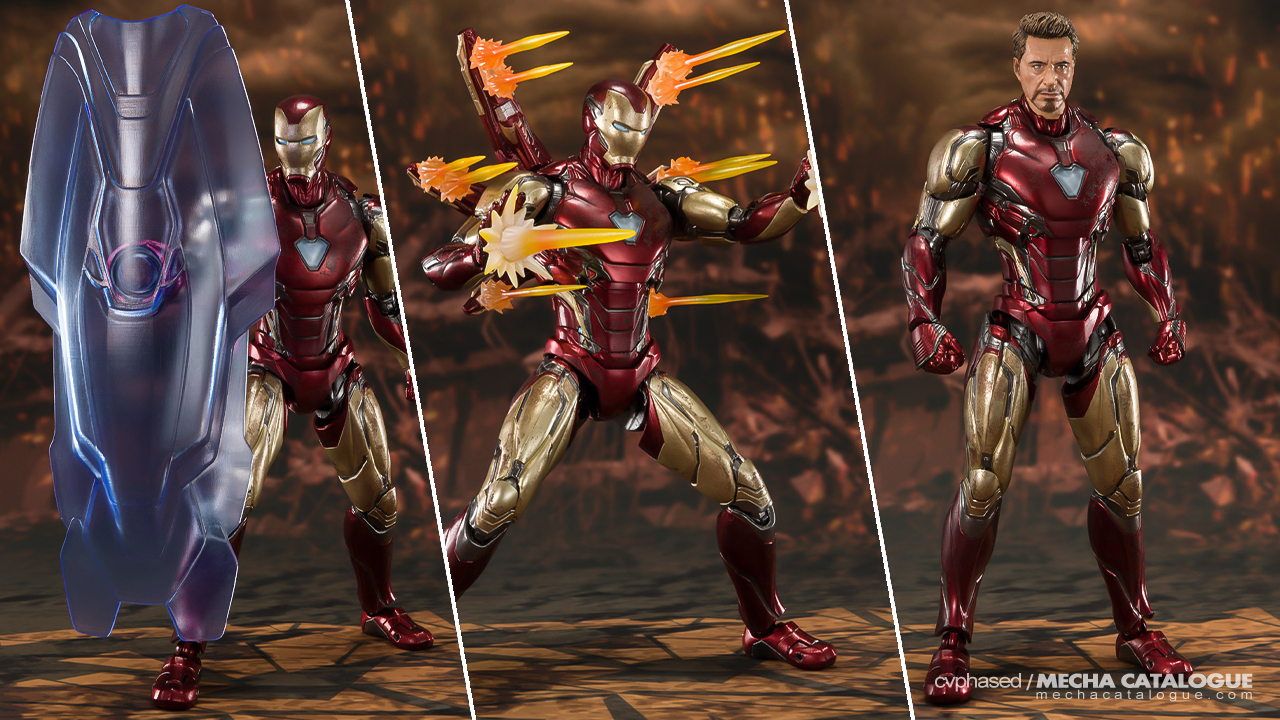 Tamashii Nations has released a couple of Nano Weapon sets for Iron Man Mark 50 but these have a glaring problem. Most of them are not accurate to what appeared in the films! This led to many third party groups releasing movie-accurate nano weapon sets compatible witho both S.H.Figuarts and Marvel Legends versions. Tamashii Nations probably took notice of this and made sure this time is different. Instead of releasing an inaccurate accessory set, they will instead release a new version — the S.H.Figuarts Iron Man Mark 85 (Final Battle Edition). Sure, we have to buy another Iron Man Mark 85 (which might be good for those who missed the first time) but what’s important are the included accessories.

We are finally getting an official Nano Lightning Refocuser — i.e. the thing that forms on its back and channels Thor’s lightning attack to Thanos. It also comes with a couple of Energy Blades, a translucent Nano Shield, and a replacement Tony Stark head. Do note though that the Iron Man Mark 85 figure has battle damage and we’re not sure if the same goes with the new nano weapons, I sure hope not.

And since they’re already releasing a battle damaged version, why not include a replacement right forearm with the Infinity Stones? I think that is a missed opportunity on their part. But knowing Tamashii Nations, they’ll probably include that thing with another figure. 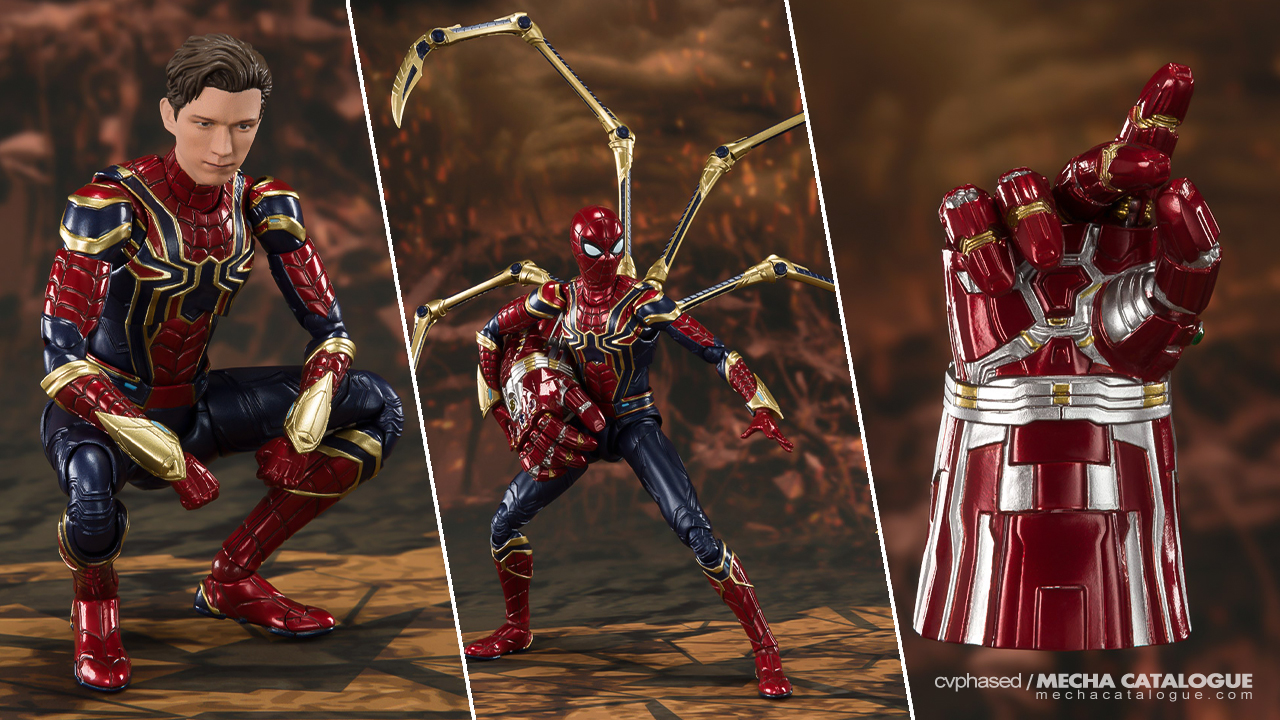 Speaking of Infinity/Nano Gauntlets, we are also having a new Iron Spider with the S.H.Figuarts Iron Spider (Final Battle Edition). Not sure if the base figure is identical to the previous one though unlike the new Iron Man Mark 85, this doesn’t have battle damage. It also includes more movie-accurate Spider Legs (or as others call them, "waldoes") although I’m not sure if these are entirely new molds or the same ones as before just with better paint jobs.

Out of these three, I’m thinking of getting Rescue and the new Mark 85 just for the nano weapons. Just when I thought I’m already done getting Iron Man figures… Damn it Bandai Spirits.