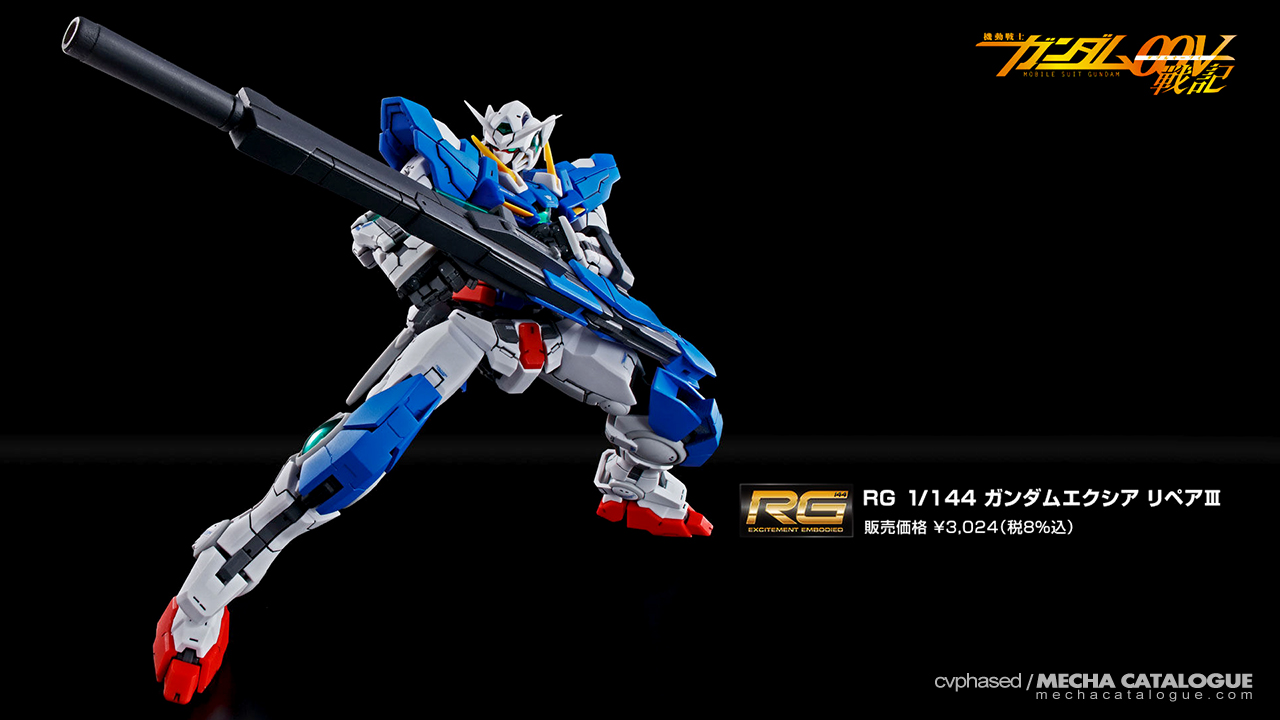 It took them a while, but Bandai Spirits finally completes the Exia Repair variants with the announcement of the RG Gundam Exia Repair III from the Mobile Suit Gundam 00V design variation series. Notable differences between the Exia Repair III and the previous versions include shoulder, rear, and knee armors; as well as using a GN Condenser instead of a GN Drive. Aside from its usual assortment of weapons, the Exia Repair III particularly uses the GN Long Rifle. 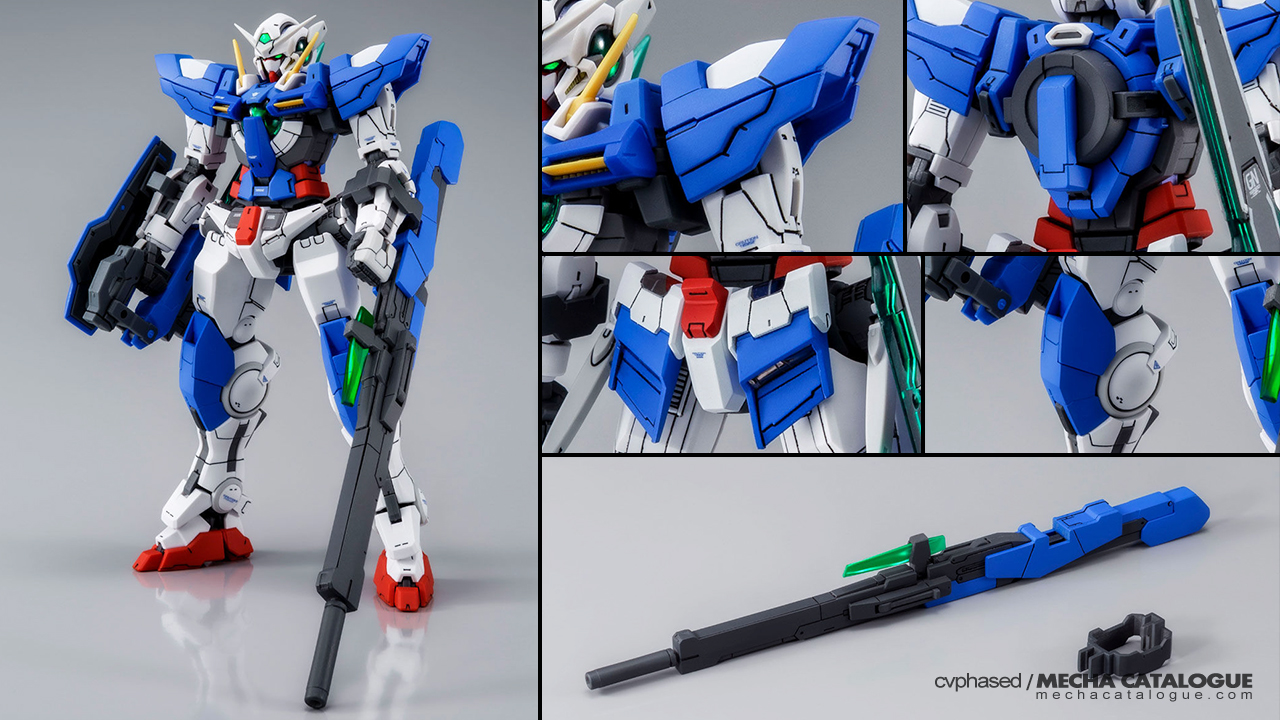